Hi everyone, how are you? Today’s topic is “Azuma Odori” which was canceled last year due to the corona pandemic.

“Azuma Odori”, the 96th this year was held by Shimbashi geisha for the first time in two years at Shimbashi Enbujo, at Ginza, Tokyo.

As a measure against corona, images of geisha dancing at the Japanese-style restaurant are also screened. 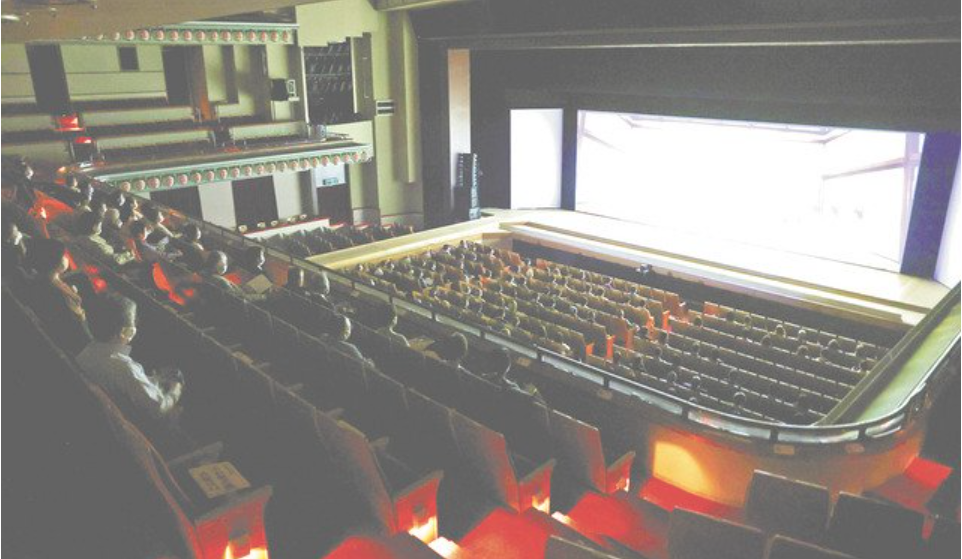 And a new method that allows you to experience as if you were in the tatami room of the restaurant, which is difficult to see real geisha’s dancing, has revived a bright and stylish traditional event.

A geisha heads for the mirror stand and puts lipstick on her. The large screen on the stage was followed by geisha dancing at the restaurant. 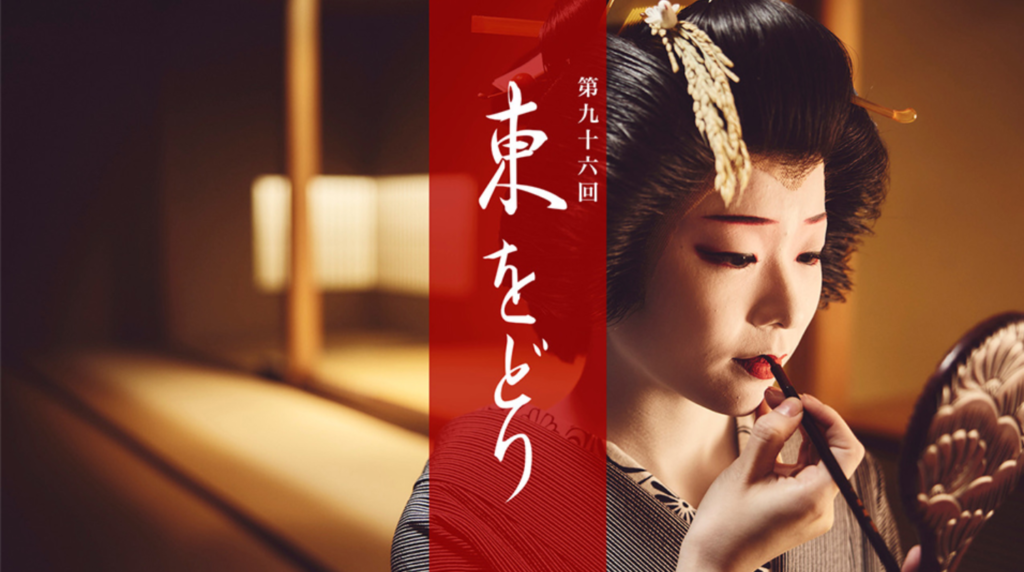 This year marks the 96th anniversary of Azuma Odori, but the screening of the video was the first attempt.

Azuma Odori began in 1925 with the Kokeraotoshi(It is the first event to be held in a newly built theater) at the Shinbashi Enbujo.


It has become established as an annual event for Shimbashi geisha to perform songs and dances, and in recent years the performance has been opened every May.

However, due to the corona disaster, it was forced to cancel last year. The president of the union made up of restaurants and geisha around Ginza says, “For the past year and a half, the lights have gone out of the city, and the Shinbashi Karyukai (world of the geisha) has been closed.”

Sales of the restaurants that it manages also decreased by about 60%. The number of banquets where geisha are called has become very small.

Rejuvenate the city for Corona wreck

“Azuma Odori is an event like the vitality of the city. Unlike last year, the knowledge of coronavirus was also accumulated. Let’s open it in any way to rejuvenate the city.” the president proposed. 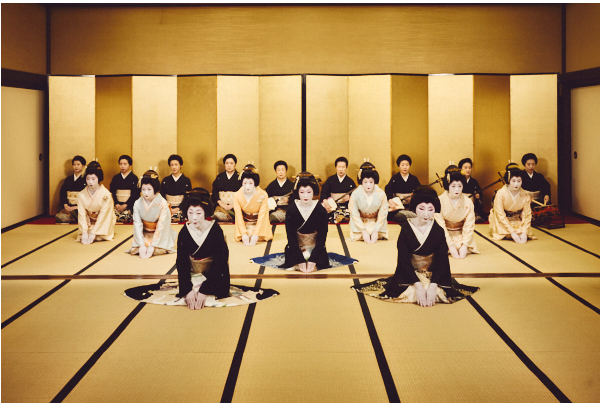 In order to shorten the performance time by preventing infection and alleviate the crowding of dressing rooms, I came up with a method of visualizing geisha songs and dances and showing them at the performance hall.

The vaccine is expected to spread, and the event was decided to hold at the end of October.

The video was not recorded as it is, but was shot at the restaurant so that you can enjoy the atmosphere of the tatami room.

About 40 geisha, from veterans to the young, expressed “the four seasons of the Shimbashi Karyukai world.”

Mr. Onoe, a Japanese dancer who choreographs Kabuki, was in charge of the overall production.

“The performance hall is likened to a large tatami room, and you can enjoy the visual atmosphere by combining dance, music, and the treasured items of the restaurant.” 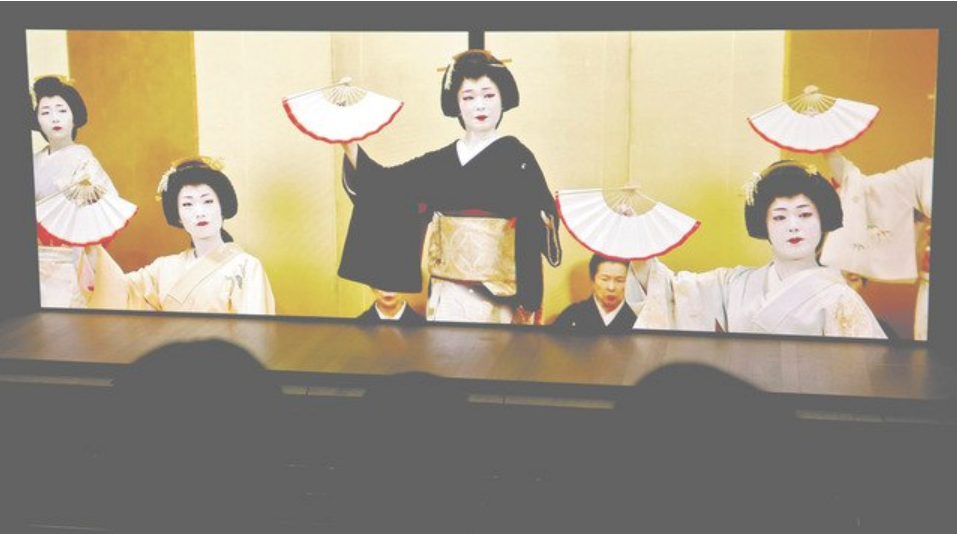 How was the performance?

The performances are held four times a day, and Ms Kokimi, who has more than 50 years of experience in geisha, said, “I spent my time thinking that this was the time to train when I didn’t have jobs.

Audiences in masks sat at intervals, first showing a 37-minute video, followed by 40 Shimbashi geishas on the live stage. 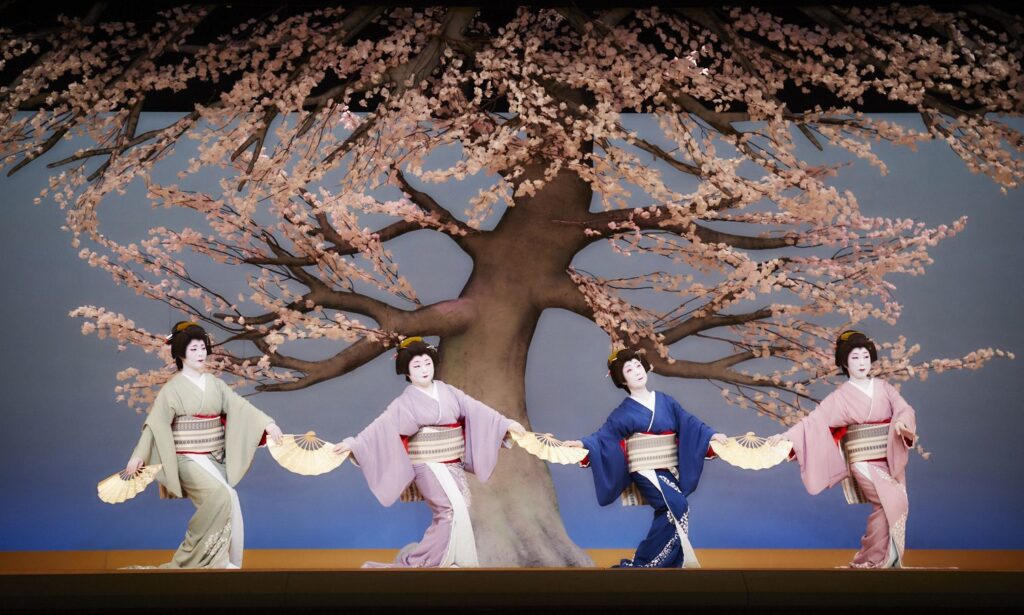 “Today is the joy of being able to greet everyone from the stage, both the young geisha on the first stage and the 50th geisha,” they said.

The finale dance was performed to the shamisen and drums, and the performance was closed.

Finally, we have other website “Geisha” to be well worth a visit, thanks 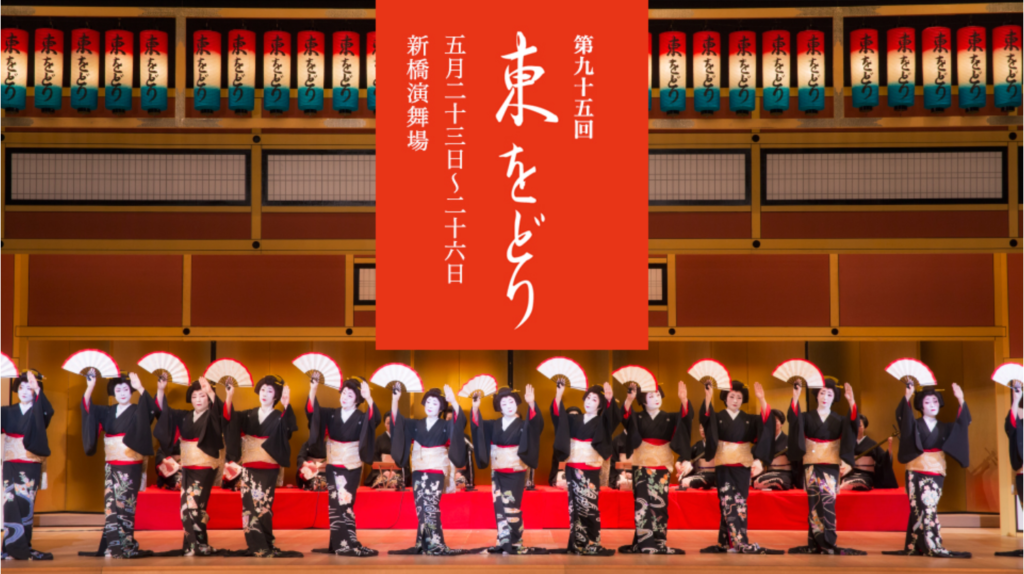