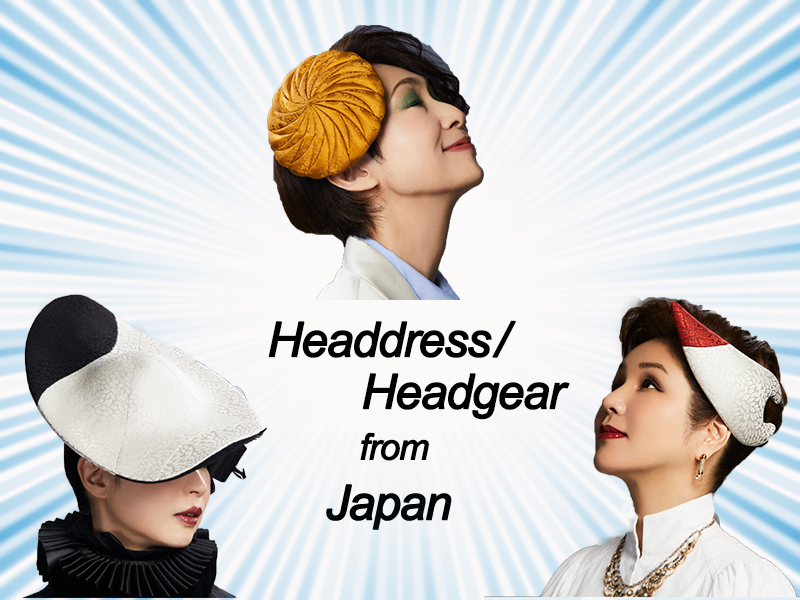 IWATSUKI HAT is a new brand developed by using the wood grain technique, which is a traditional craft cultivated in the doll town Iwatsuki in Saitama-ken (prefecture), for a headdress.

Hi how are you? Today I’d like to talk about the headdress which is made using traditional Japanese techniques for making dolls for the girls’ festival, ”Hinamatsuri”, on March 3rd.

Making dolls is concerned, it is made by hands and Iwatuski dolls in particular are all made by hands in the traditional manual method. A doll is finished after careful handwork consisting of hundreds of manufacturing processes. 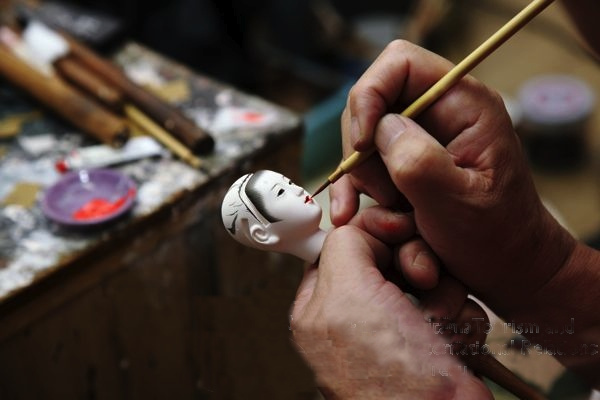 Headdress is also called “Headgear” which is an ornamental covering hats, helmets or band for the head, mostly by women especially one worn on ceremonial occasions.

Headdress is a culture in the world as ornaments to be worn on the head, and even in Japan, dolls are also worn as an indispensable decoration for “Osuberakashi”, the hairstyle of aristocratic women in the Heian period (794~1185). 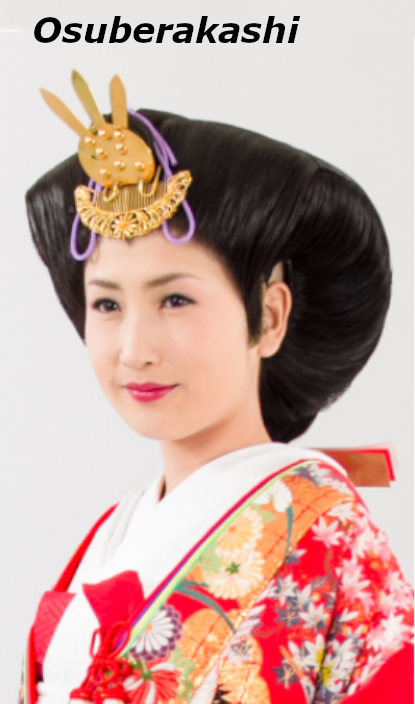 IWATSUKI HAT was born as an ornament to be given to women who are independent and walk their own way, inheriting the loving prayers of the family contained in the Hina dolls that are given to girls for their healthy and happy growth.

IWATSUKI HAT wants to be a brand that makes the day of the hare of adults who have grown up by fulfilling the prayers put into the dolls brighter. 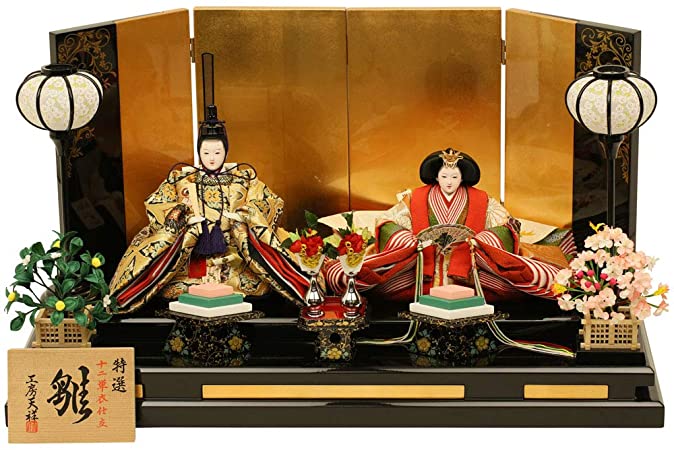 From the doll town Iwatsuki to the world.

May we bring in a lot of joy and happiness from the new form of prayer.

We have three kinds of Headdress/Headgear as follows,

The word “Yachiyo”, which means eternity or a long time, has an image of life that continues forever from a continuous shape with the motif of a soft Japanese chrysanthemum shape.

For haute couture, we recommend plain or small patterned fabrics. You can create various combinations according to your taste and your favorite items, such as adding bright colors with different colors or alternating striped patterns.

From ceremonial occasions to parties, the design is easy to match regardless of whether you are wearing Japanese or Western clothes.

The shadow of a flower created by the light of the moon. Especially, it is a word that means the shadow of cherry blossoms.

Iwatsuki Hat’s original design series that you can put on your head from the standard headdress.

It is finished in a shape that flows from the side of the face to the back of the head. It’s modest yet elegantly finished as an accent from the front, profile and back.

In haute couture, a combination of glossy fabrics, fabrics such as gold and silver, and flashy colors such as pink and red as wine point accents, even in monotone clothing, are elegantly and uniquely organized. 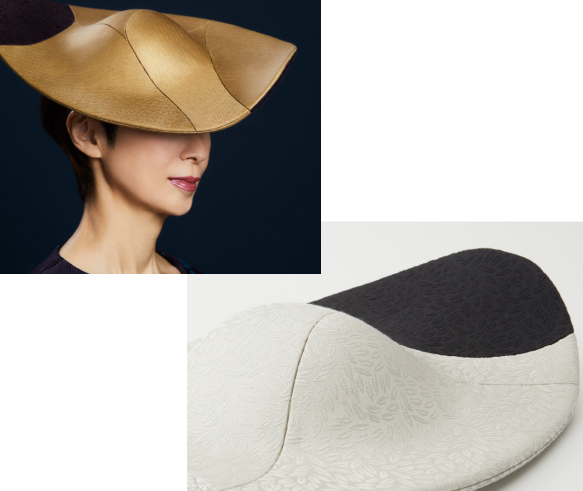 It is Japanese that expresses the meaning of the sky.

“Mi-Go” is a prefix used to represent sacred things such as gods and nature, and is a sound mainly used as a honorific title. The design is based on the image of the sky with a sacred and pure atmosphere.

For haute couture, we recommend using wind, water, or phoenix as the fabric, but it is beautiful even in a glossy plain color, and it can be used for various occasions such as ceremonial occasions and parties.

It is often selected in situations where it is necessary to produce gorgeousness such as a party.

The history of Iwatsuki’s doll making begins in the early Edo period (1603~) and has a tradition of about 380 years.

According to the new edition of Fudoki (topography), in 1697, Keinobu, a Buddhist priest of Horikawa, Kyoto, fell ill in Iwatsuki, and after receiving treatment from the clan doctor of the Iwatsuki feudal lord Ogasawara Nagashige, he stayed in Iwatsuki.

It is said that he began to make doll heads by focusing on the paulownia powder that is produced and kneading it with shofu glue. 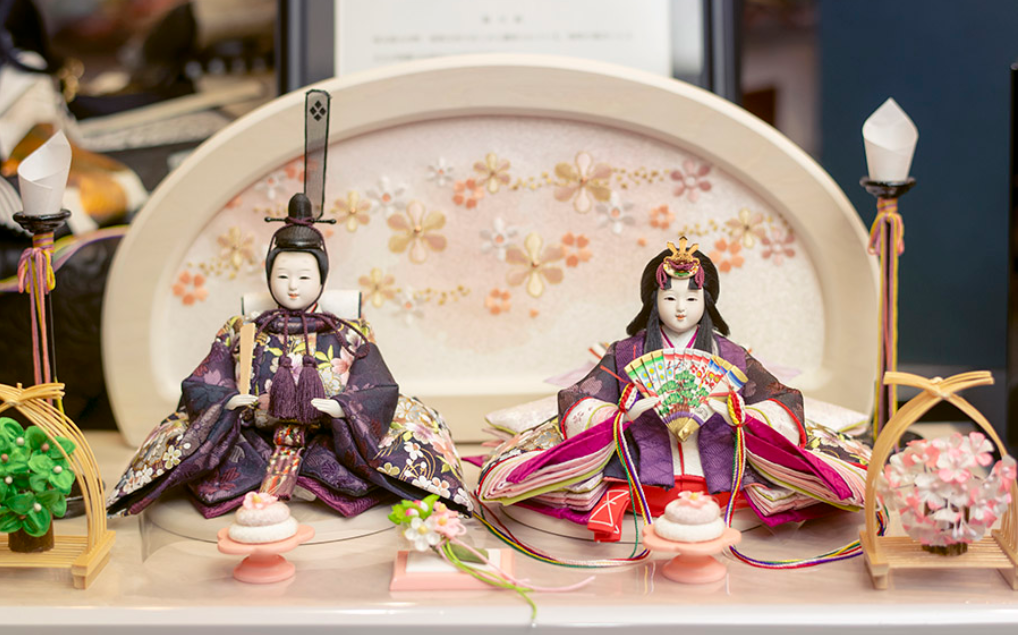 Since the area around Iwatsuki was a paulownia producing area, it was rich in paulownia powder as a raw material, and was blessed with water that was important for dissolving and improving the color of the whitewash used to paint the doll’s head.

In this way, the technique of paulownia plastic head left by Keishin was inherited by the samurai of the clan and the people of the farmer’s internal employment, hobbies, side jobs, etc. It is inherited today.

Currently, “Edo Kimekomi Doll” and “Iwatsuki Doll” have been designated as traditional crafts by the Minister of Economy, Trade and Industry, and have become a nationally famous doll town.