ホーム » “G-shock”, alias Absolute Toughness, happy-shocked to see how popluar it has been ! 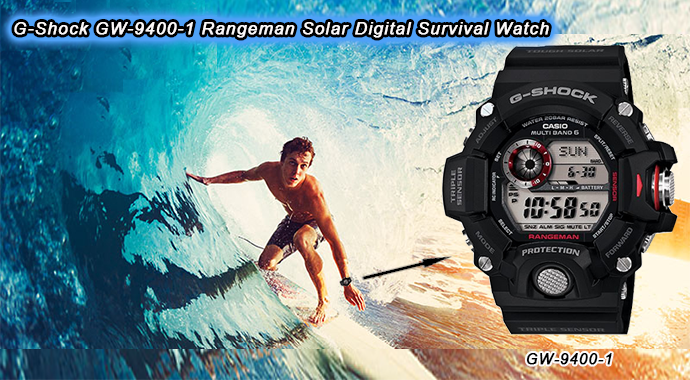 Hi everyone, how are you?   I’d like to talk about “G-shock” that is the toughest and distinctive design wristwatch manufactured by Casio Computer Co., Ltd.

To begin with, the wrist watch of G-shock is the most durable digital and analog-digital watches in the field of this industry, trusted by celebrities, entertainers, athletes, baseball players, military personnel, surfers and outdoor enthusiasts around the world.

Thanks to good reputation domestically and globally of its superb tough built to last long and unique styling since the brand debuted in 1983, over a hundred million G-SHOCK wristwatches have been shipped for sale to customers in 2019. 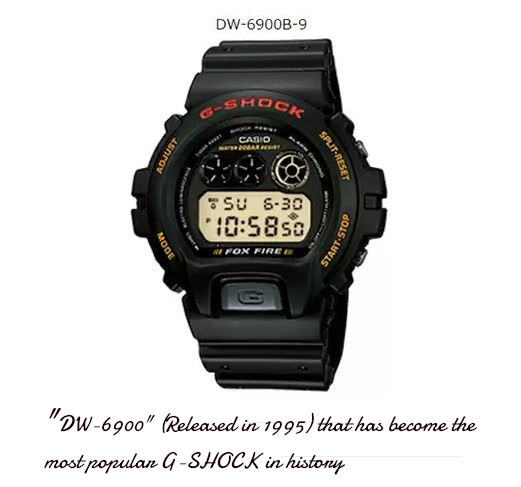 The wristwatch reportedly spread all over the world as military gear during the First World War.

While Europe and the United States initially led global production, Japanese manufacturers improved their technology and started competing in the global market after the Second World War.

Made-in-Japan quartz watches became known for being affordable yet accurate. CASIO COMPUTER CO., LTD. took this even further by pursuing the goal of making their products shock-resistant and creating a whole new market with their trademark G-SHOCK wristwatch. 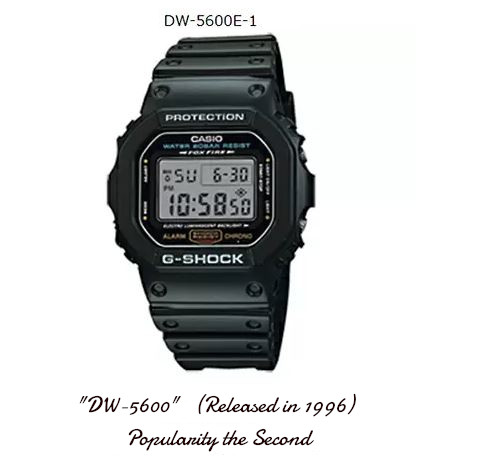 Serendipity behind an engineer’s bitter experience

According to Casio Manufacturing Company’ Public Relations Department, “It all started when Kikuo Ibe, one of Casio manufactering engineers, accidentally dropped his wristwatch presented by his parents to celebrate his entrance to high school”.

Everyone could imagine that precision instruments like watches, cameras, microscopes and the like are quite fragile and easily broken at that time of around 40 years ago when they were hitting hard.

Watches were much more delicate back then, resulting eventually broke and he was sad.

Ibe submitted, however, a one-sentence petion to the company for making a wristwatch that does not break even when dropped.

The company approved it, and started the research and development process. 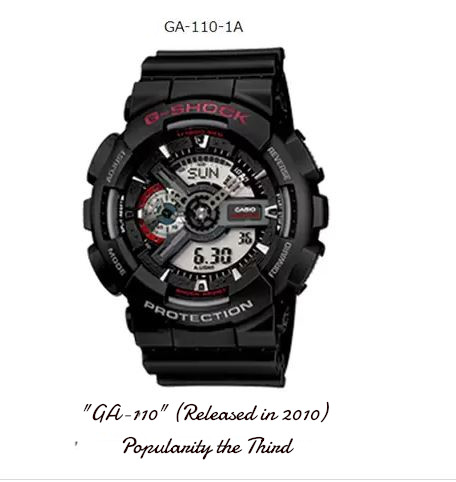 Ibe’s initial idea was to protect the module—the heart of a wristwatch—by surrounding it with some rubberized buffer material.

He tested the shock resistance of over two hundred prototypes by dropping them on the floor from a height of about ten meters, which resulted in one failure after another.

By the time a prototype passed this test, the buffer material encasing the module was as big as an apple, which would naturally be impossible to sell.

Feeling stuck, Ibe found inspiration when he happened to see a little girl playing in a park.

“She was bouncing a ball on the ground, and Ibe had a vision of the wristwatch module in the core of the ball”.

After that, tremendous imaginations and experiments had been repeated strenuously and at the end, his ideal G-SHOCK products came up his mind and have been at the heart of the brand’s concept of ‘absolute toughness’after two years of product development.

The G-SHOCK debuted simultaneously in Japan, the United States and Europe in 1983.

A TV commercial produced in 1984 in which an ice hockey player shoots a G-SHOCK instead of a puck and the wristwatch remains whole sparked the brand’s worldwide popularity. 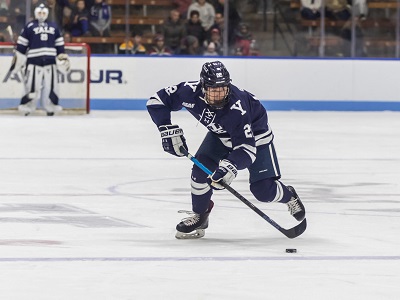 The commercial was criticized as being all hype, but an American TV program later tested it and proved the product’s extraordinary shock tolerance.

Since then, outdoor enthusiasts, firefighters, police officers, U.S. armed forces personnel and other people who need highly durable wristwatches have bought the G-SHOCK.

In the 1990s, the G-SHOCK’s sturdiness and style also caught the eye of skateboarders on the West Coast of the United States, which then brought it to the attention of young people in Japan in a form of reverse import, leading to domestic popularity.

Since then, Casio has expanded to over a thousand authorized distributors and collaborated with international athletes, musicians and fashionistas, as well as automobile producers, fire departments and other groups.

In addition to Europe, the United States and Japan, the brand is also wildly popular in Asia, which helped the G-SHOCK series achieve a cumulative global shipment of a hundred million units as of September 2017.

While remaining loyal to their core concept of absolute toughness, the G-SHOCK has also evolved to include elaborate functions, including radio wave solar power, GPS radio wave reception, weather forecasts, and time synchronization through smartphone interlocking.

“Every time we attempt to incorporate an innovative new technology or material, we add new criteria to the overall product testing process to ensure shock resistance and other qualities are maintained.

We now have over two hundred testing criteria,” says PR. This beloved wristwatch will keep evolving in the pursuit of absolute toughness and accuracy. 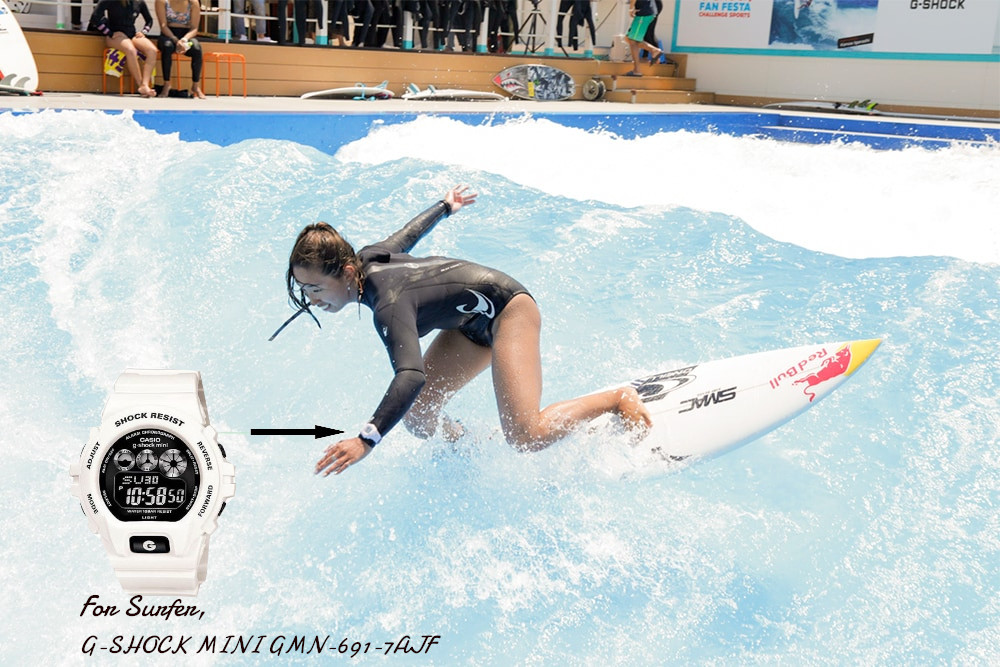 No.1; High quality at a low price
No.2 ; Rich in design and excellent fashion
No.3 ; Waterproof, impact-resistant and tough to use

Let’s see who are “G-Shock-philia”? 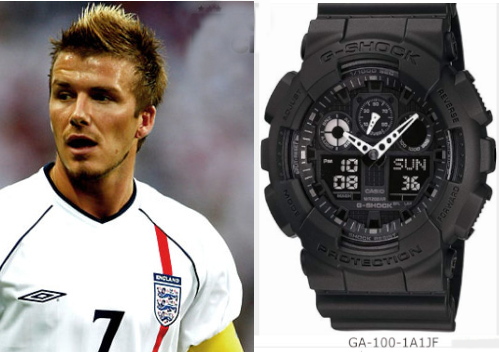 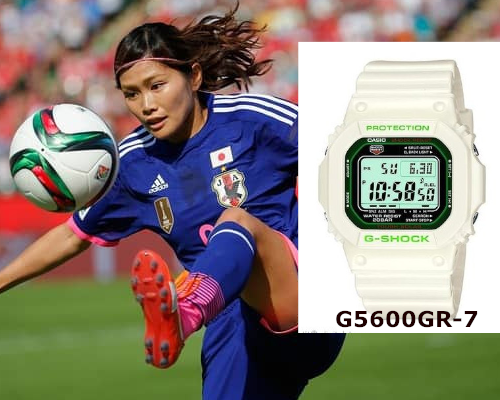 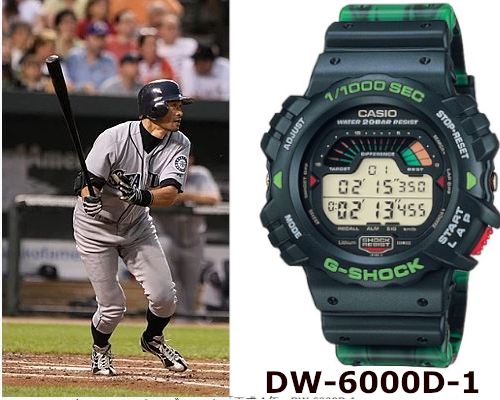 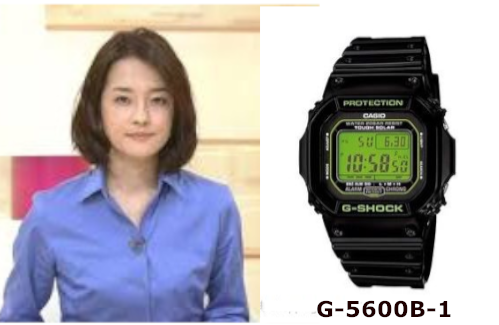 Other various models loved by G-Shock fans to the followings,