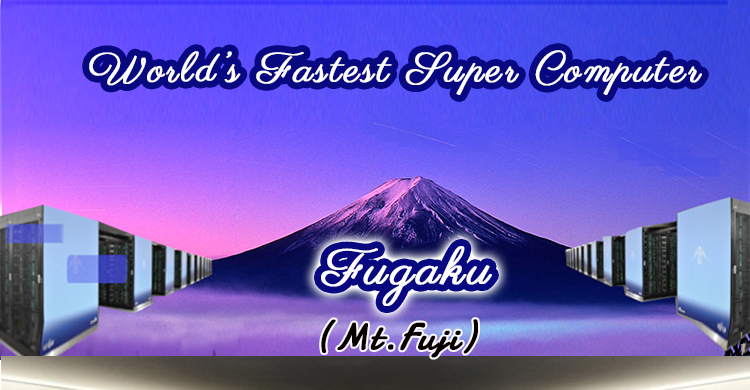 Hi everyone how are you doing?  Today’s theme is “Fugaku”, alias “Mt.Fuji” that has been known by many around the world representing one of “Cool Japan” and this is the fartest supercomputer in the world.

Fugaku ranked No. 1 in the world on June 22, 2020 in calculation speed, marking the first time in nine years that a Japanese supercomputer has headed the world ranking since its predecessor, K.

Fugaku, jointly developed by the Riken research institute and leading computer maker Fujitsu Ltd., rose to the top of the Top 500, a benchmark that measures the calculation speed of supercomputers, even though its creators prioritized user-friendliness over sheer speed.

What is the best feature of supercomputer ?

In the announcement of the latest list, Fugaku’s calculation speed was revealed as 416 quadrillion calculations per second, more than twice the speed of a supercomputer made in the United States that topped the ranking until last year.

Fugaku placed No. 1 in four of the categories, including the speed when software is running on it and the calculation speed for artificial intelligence (AI) applications.

Since the development of its predecessor K was focused too much on becoming the world’s No. 1, it was difficult to handle and failed to be widely used.

Learning lessons from its development, creators of Fugaku aimed to make the only supercomputer that is easy to use.

The supercomputer was named after another name for Mount Fuji (Mt.Fuji) because the height of the mountain represents the high capabilities of the machine, and the wide areas of the base of the mountain show that a wide range of people can use it.

The supercomputer ranked the world’s No. 1 due partly to China’s failure to enter the competition with a new model with a performance twice that of Fugaku, which the country sought to introduce at this year’s race.

Fugaku will go into full-scale operation in the next fiscal year that starts in April, but it has already made achievements in research on measures against novel coronavirus infections.

The supercomputer will be used in discovering new drugs, developing high-performance materials and predicting weather and global warming.

Since high-performance computers can bring about innovations, such as enabling automakers to check the collision safety of cars before assembling them, it is hoped Fugaku will accelerate advancements in manufacturing as well as science and technology.

Supercomputers are also vital for the military, so China and the United States are fiercely competing in their development. 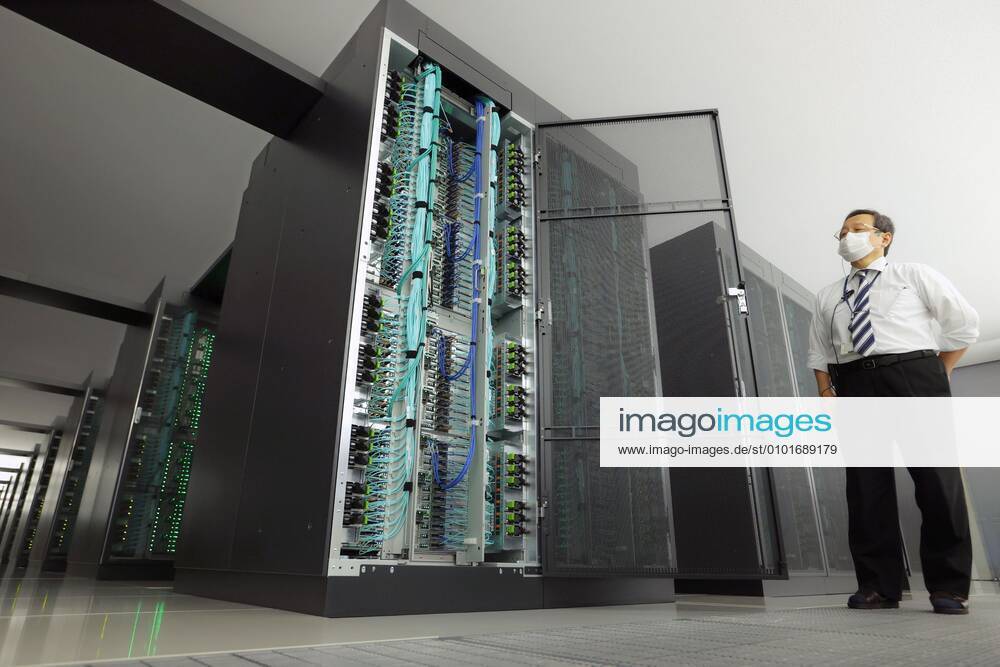 Japan s new supercomputer Fugaku, under development, is shown to the media at the Riken Center for Computational Science in Kobe on June 16, 2020. The Fugaku has a processing speed of up to 100 times faster than its predecessor.

The United States plans to enter the Top 500 competition in 2021 with a supercomputer that outperforms Fugaku.

“Countries continue to compete for becoming the world’s No. 1,” said Satoshi Matsuoka (an extreme left one on the photo below), director of the Riken Center for Computational Science (R-CCS) and also leader of the Fugaku development team. 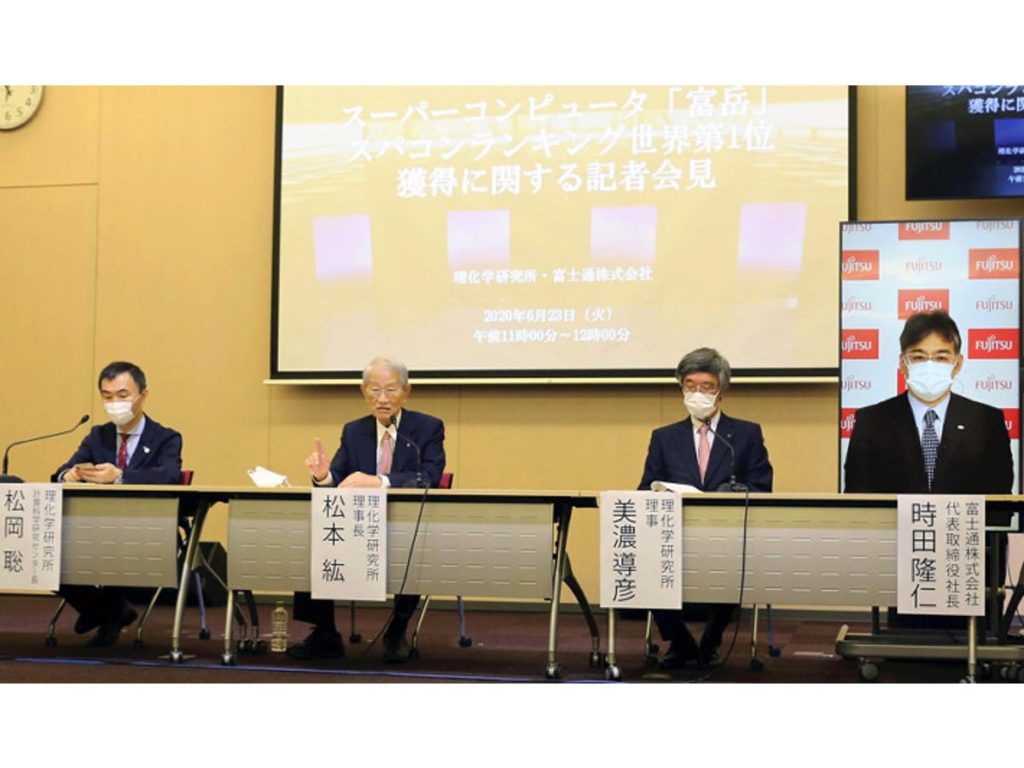 Hiroshi Matsumoto (C), president of Japan’s state-backed Riken research institute, attends a press conference in Kobe on June 23, 2020, after new supercomputer Fugaku, jointly developed with the institute’s Center for Computational Science and Fujitsu Ltd., was recognized as having the fastest computing speed in the world

“We want to keep research in developing supercomputers that are both user friendly and high speed.” 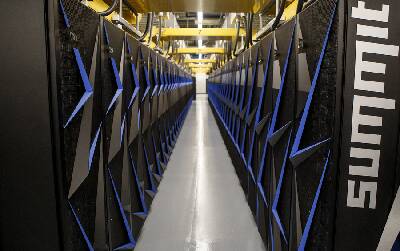 The K supercomputer, which was the world’s first supercomputer to make over 10 quadrillion computations per second, ranked No. 1 in June 2011 and retained the top spot for a year.

The K supercomputer became the subject of controversy in 2009 as lawmaker Renho, then with the ruling Democratic Party of Japan and a member of a government panel seeking to cut spending on less urgent items in the national budget, questioned whether Japan needed to pursue the No. 1 position amid an economic crisis.

“Isn’t No. 2 good enough?” said Renho, who was a lawmaker of the party at the time, about the K computer. 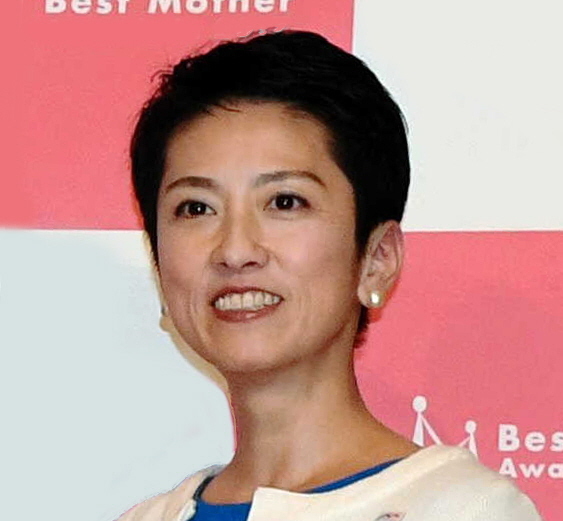 The K computer did manage to rise to No. 1 in the world, but it failed to be widely used because it was deemed unfriendly to users.

Sales of supercomputers developed for consumer use by customizing the K computer did not go well at all, either.

“It’s like we made a state-of-the-art smartphone, but there are no apps available for the device,” said a science ministry official.

“The private sector also turned its back on the development of supercomputers, causing it to be highly evolved but only useful in Japan.”

Against this backdrop, the creators of Fugaku aimed to make the world’s only easy-to-use supercomputer.

They enabled presentation software for ordinary computers to run on the supercomputer so that automakers and life science researchers can use the Fugaku in a casual manner.

The development team also equipped the supercomputer with functions necessary to use AI, which processes massive amounts of data, and deep learning.

The team also improved the energy efficiency of Fugaku, which has a 100 times higher performance than its predecessor and yet only two to three times greater power consumption than the K computer.

A trial version of Fugaku placed No. 1 in the world for energy efficiency among supercomputers last autumn.

It was unusual for supercomputers for general use that are not designed to focus on energy efficiency to top the ranking.

“It’s like a car designed for highly practical use beat a supercar in performance,” said Matsuoka.

The United States, China and European countries are expected to enter the competition with multiple supercomputers that are superior to Fugaku in the future.

There are many issues Japan needs to address, including whether the country should accelerate the current pace of developing one massive supercomputer per decade.