ホーム » Kudos of Shipwrights for restoring of Cynara 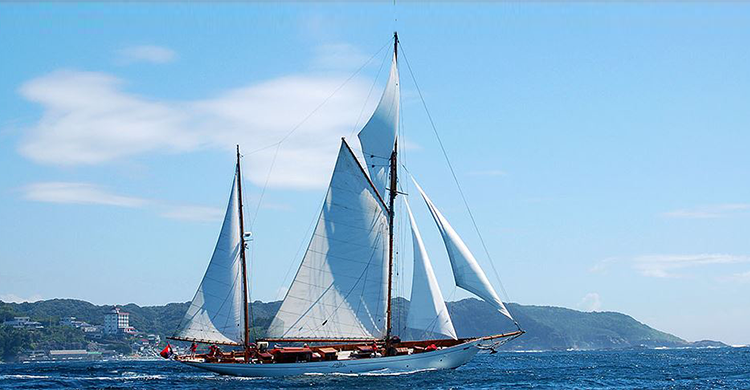 Hi how are you?   Messrs. ＆ Mses. Japanophiles, I happened to see a graceful wooden yacht which was testing on a bay after three-year restoration on TV this morning.

Speaking of “this morning”, it is a Japanese national holiday as “Marine Day” usually celebrated on the third Monday in July.

In 2020, however, the holiday will be observed on Thursday, July 23, a one-time move that was made as a special accommodation to support the opening of the Tokyo Olympics.

Due to the postponement of the Olympics, the 2021 date will be moved to July 22, also on Thursday as a one-time holiday.

The purpose of the holiday is to give thanks to the ocean’s bounty and to consider the importance of the ocean to Japan as an island nation.

The yacht named Cynara is a little over 90 years old and it was said that it was too old to restore.

Thanks to the superp craftsmanship from all over the world, it was as good as it was when it was completed 90 years ago.

Both Japan and Britain are small island nations surrounded by the sea, and ships have always been indispensable for transporting travelers and goods.

At the same time, ship manufacturing technology has also been active, and as a result, first-class shipbuilders.carpentars were born.

So I’d like to talk about how excellent workmanship of shipwrights, not only Japanese shipbuilders, also from foreign countries, all of who have cooperated to complete it. 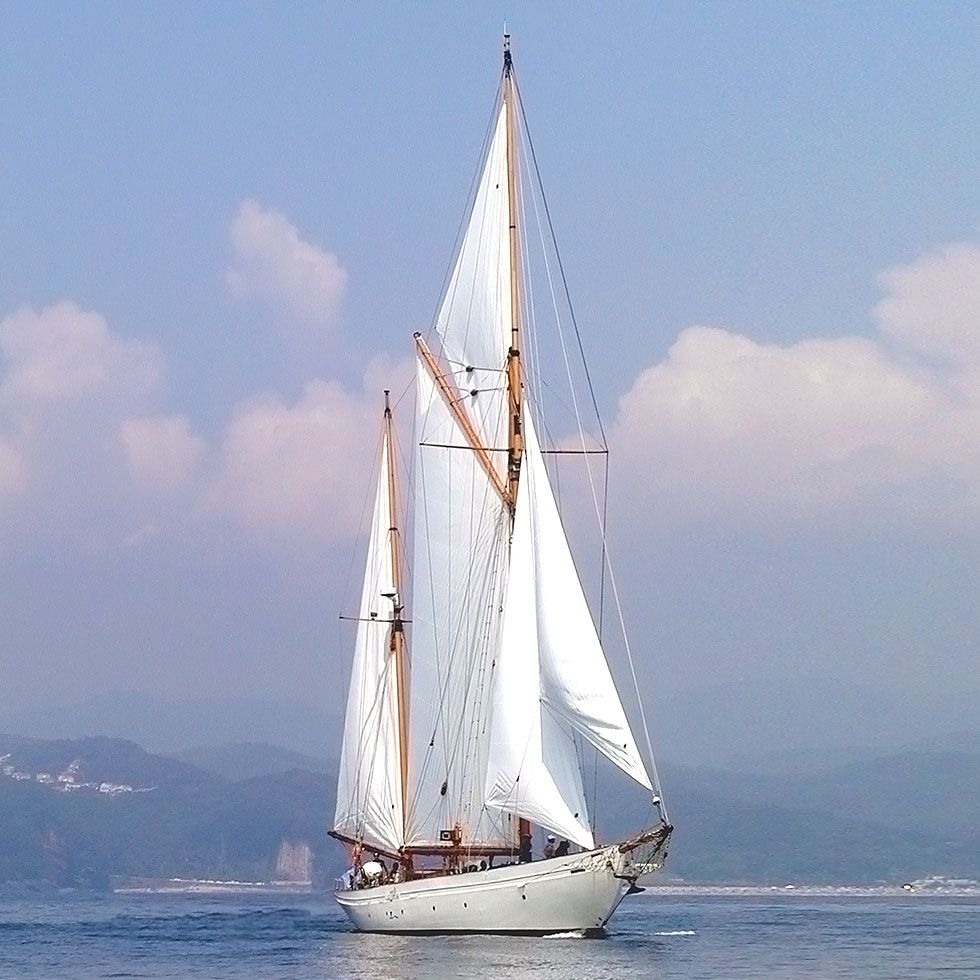 A vintage yacht that looks new but has been built 90 years ago.

They are all made of wood and are valuable in the world.

It was said that it was difficult to regain the original appearance as this ship became old and too deteriorated.

This classic wooden sailing yacht was first launched into the waters off the UK’s Southampton port in 1927, after construction by one of Britain’s premier shipbuilders. 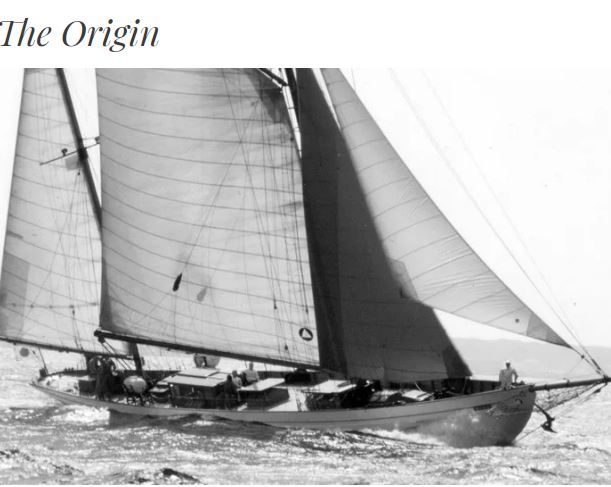 Over the next 90 years, her graceful form plied the seas of the Atlantic, the Mediterranean, the Caribbean and the Pacific, adding her years and adventures to the history of sailing.

The appearance of going around the world became a topic of conversation.

It was purchased by a Japanese company, Riviera Holdings, a resort management company,in the 1970s.

The beautiful wooden yacht Cynara has been the symbolic flagship of the Riviera Group, a great treasure that the world has bestowed upon us.

Their dream is to once again launch this boat in a condition as close to the original as possible, into the waters of Sagami Bay, the location of the sailing competition of the 2020 Tokyo Olympics.

This dream has been with us since we began the restoration project in January, 2017, when Cynara turned 90 years of age.

How has it been renovated, Let’s see them briefly

In 2017, the repair work began with the dismantling of the ship.

Fifty craftsmen engaged in shipbuilding from overseas gathered to regenerate the ship by utilizing the wood from the time of construction.
High-grade wood was used on the ship.

Discard the damaged wood and fill it with new wood.

It was important how much the original wood could be used.

About 80% of the materials used at the time of construction 100 years ago are left, and more than 100 years of life will be brought to life. 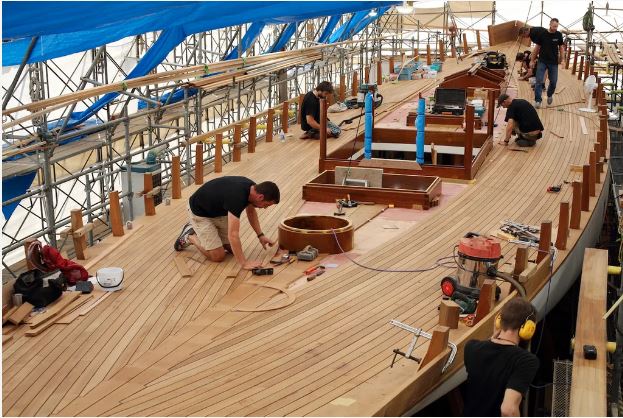 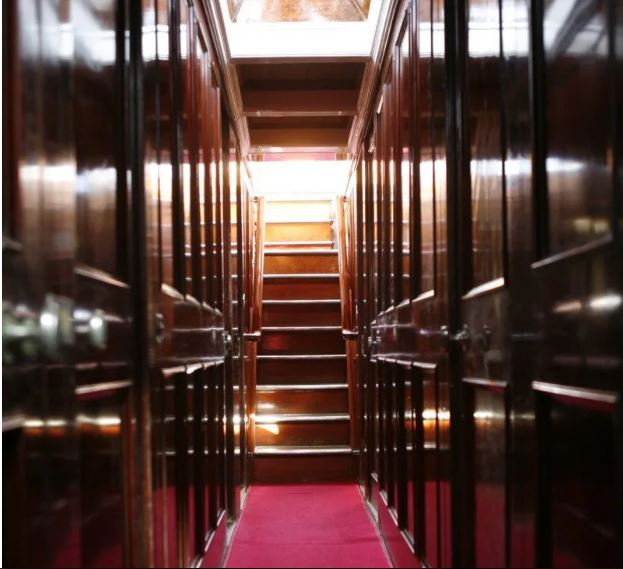 There were some problems in the repair work, such as foreign craftsmen not being able to come to Japan and materials being stopped due to the new coronavirus pandemic.

It is said that Japanese craftsmen tried to find Japanese materials and used them, confirmed the construction method, and managed to repair.

Therefore many Japanese participated in the restoration work.

Thanks to the craftsmanship of the shipwrights, the restoration was almost completed in the late of March 2020.

And the test sailing has been conducted in Sagami Bay where will be scheduled for the Olympics venue next year. 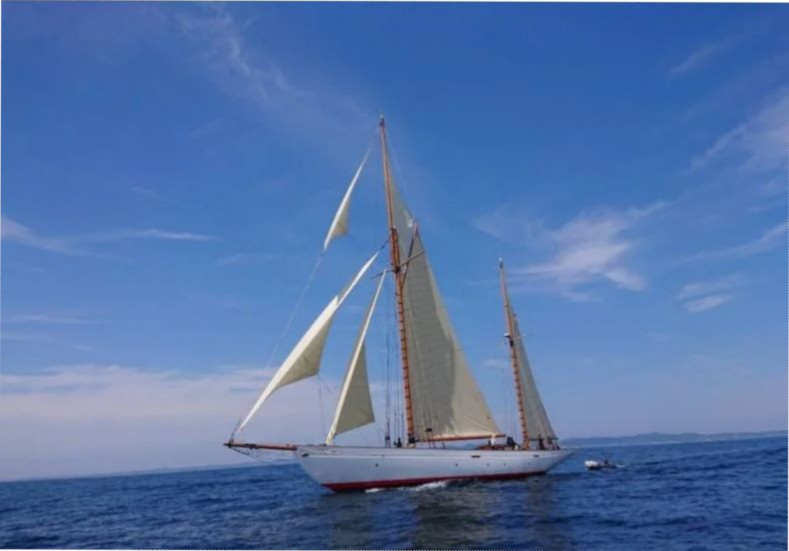 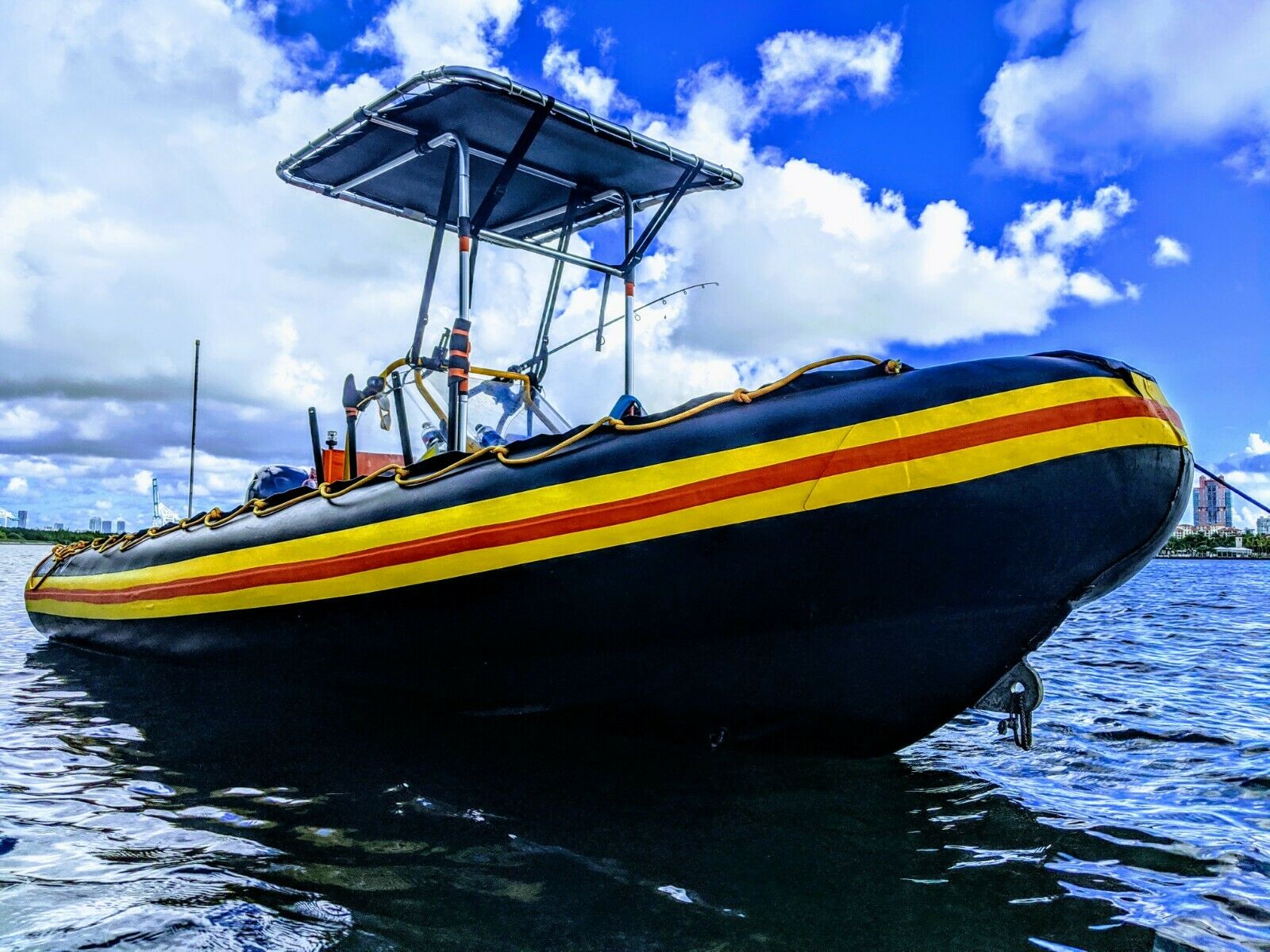 We are now undertaking a full restoration in order to return this beautiful yacht to her former glory as a true “Lady of the Seas.”

We hope this project will not only extend her life over many more years to come, but provide a valuable asset to future generations of shipbuilders, sailors, and other yacht enthusiasts.

We are proud to be able to partake in the restoration of Cynara, as it is one of the most prestigious ships we’ve ever worked on.

It’s a rare opportunity for craftsmen from Europe to come to the distant land of Japan and work with local engineers to restore a ship.

We’re impassioned by Riviera’s ambitious vision, and have been working with the fully motivated staff.

There are many differences between the Cynara’s birthplace of the UK and Japan, which add to the challenge.

But we can’t forget that the craftsmen who built this ship were also putting their heads and hands together in challenging conditions.

Finally, Cynara will once again gracefully traverse the world’s oceans, and we look forward to sharing with Japan the pride and joy that the vessel’s former craftsmen must have felt. 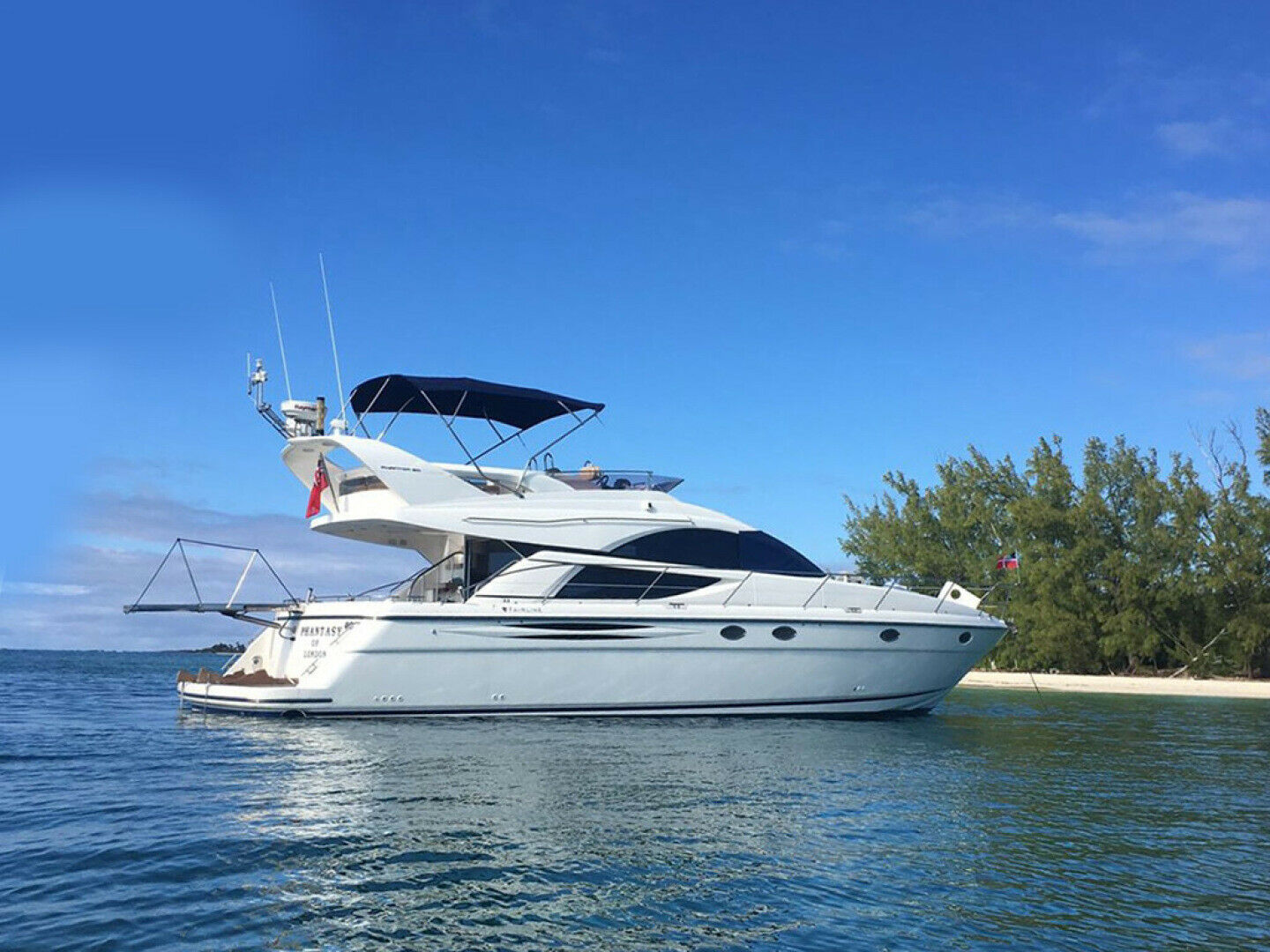