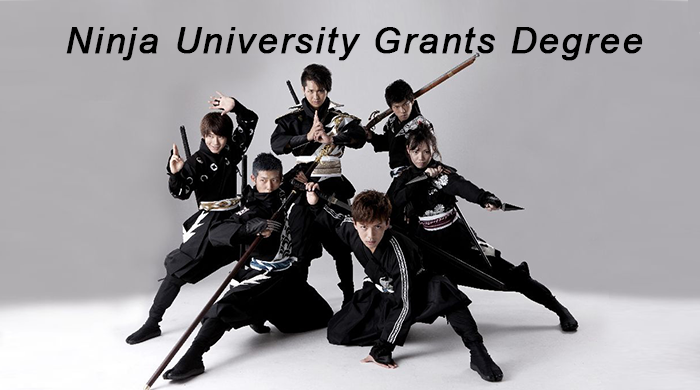 Hi everyone, how are you?  Messrs. ＆ Mses. Japanophiles, it is one of the most popular #Cool Japan”, ”Ninja (spy),” but today’s theme is “Ninja University” that’s probably the first time to hear for even japanese.

To begin with “what’s Ninjya”, in short, they were a spy and/or assassins in feudal age (about 12 century to 19 century) who had highly been trained in stealth and secrecy, which you might see in the historical movies.

Mie University set up the world’s first research center devoted to the ninja in 2017 and opened a graduate course a year later.

It is located in Iga — 350 km (220 miles) southwest of Tokyo — a mountain-shrouded city once home to many ninja.

“About three students enroll every year. I think there’s more demand from now on,” the professor said.

“We get many inquiries from overseas but I have to say one thing: This is a course to learn about the ninja, not to become one.” 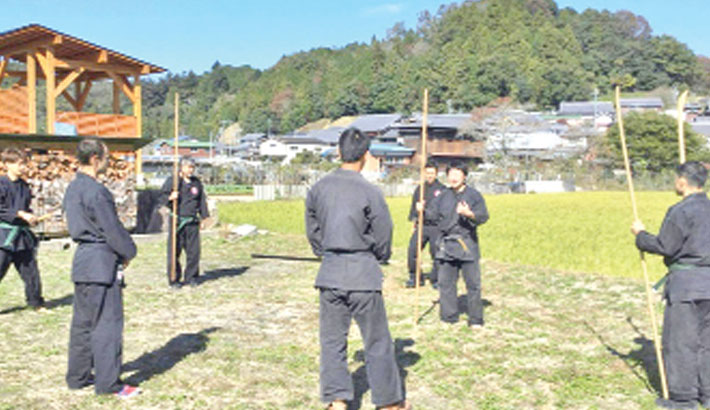 It plans to compile a database of ninja and encourage cooperation between scholars from different disciplines who study ninja, according to Yuji Yamada, a professor of Japanese history at the university.

“We’ll conduct research on ancient documents and collaborate with science researchers to be able to apply the wisdom of ninja to modern society,” Yamada, who is setting up the centre, told AFP on Thursday.

Yamada also said that the centre plans to publish its research in English and well as Japanese so as to make it accessible for interested researchers and fans overseas.

The concept of ninjas is believed to have originated in the early 15th century, when feudal lords hired mercenary spies to infiltrate and obtain information. 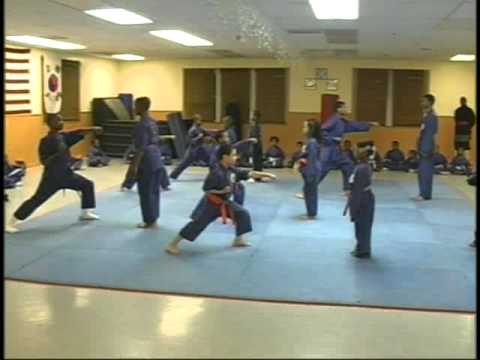 According to the International Ninja Research Centre, “The term ninja is often used to refer what was historically called shinobi(stealth).

The main objective of the shinobi was that of gathering intelligence and information for the lords they served.

It is believed that they originated from the akuto (The evil bands). The akuto gradually gained the military influence since the end of Kamakura period (1185-1333).

As in the Iga province the power of daimyo (feudal lords) was comparatively weak, so the local warriors took the burden of self-governing functions and developed the methods of ninjutsu to defend themselves. 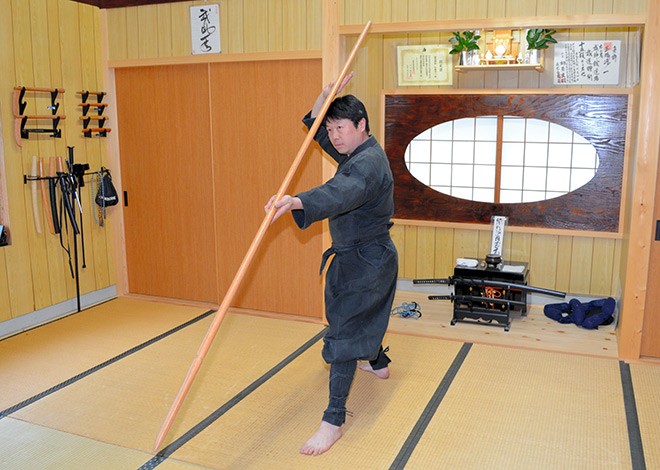 A ninja is usually portrayed as a figure clad in all-black and throwing a shuriken (knife).

However, during the Edo period uptil the mid-18th century, the ninja was portrayed like a normal civilian in plain clothes.

It’s after the mid-18th century, tha theatre, books and movies played an important role in solidifying the image of the ninja and its talents as a lithe warrior. 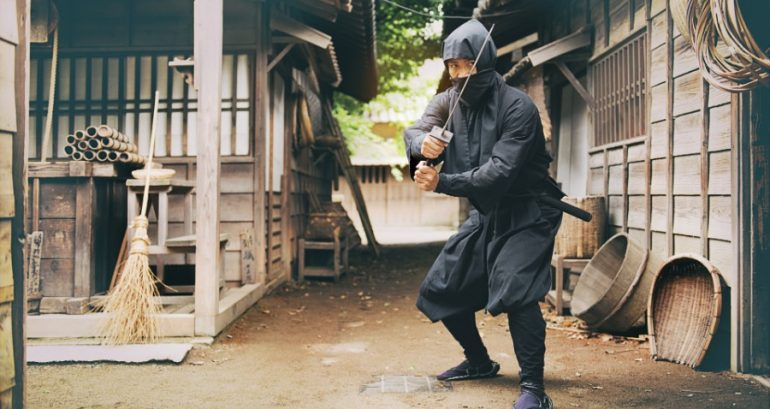 Stealth mode on: A university in Japan is awarding a degree in ninja studies

Genichi Mitsuhashi chops wood in Iga, Mie Prefecture, on June 21. Mitsuhashi has become the first student ever to graduate from a Japanese university with a master’s degree in ninja studies.

The 45-year-old completed the master’s course at Mie University in central Japan, the region considered the home of the ninja.

In addition to researching historical documents, Mitsuhashi said he took the practical aspect of being a ninja to heart. 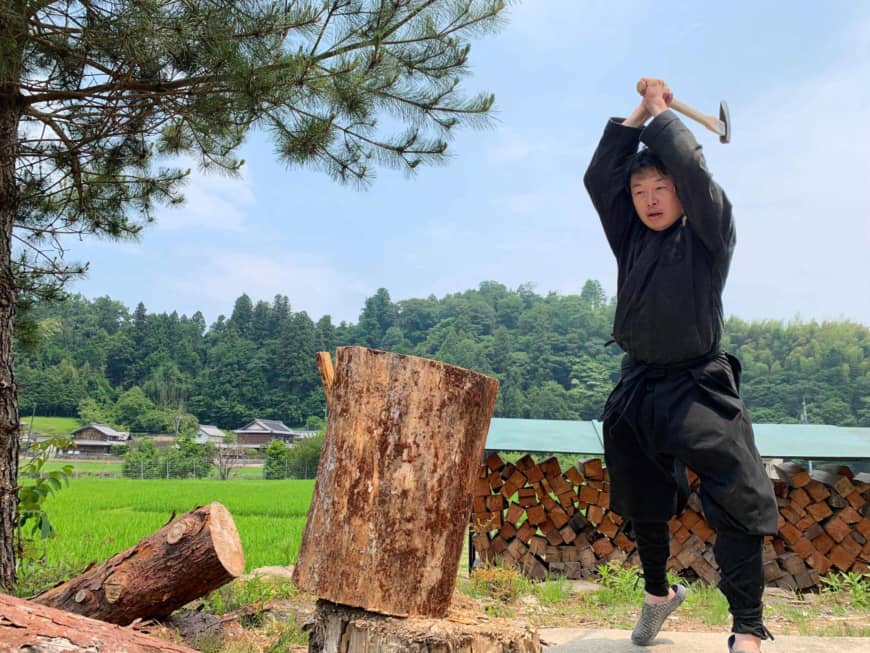 This handout photo taken on June 21, 2019 and received on June 26, 2020 courtesy of Genichi Mitsuhashi shows his ninja training in Iga, Mie prefecture. – Genichi Mitsuhashi has become the first student ever to graduate from a Japanese university with a master’s degree in ninja studies.

“I read that ninjas worked as farmers in the morning and trained in martial arts in the afternoon,” he said.

So Mitsuhashi grew vegetables and worked on his martial arts techniques, in addition to copious ninja study in the classroom.

“With this combination, I thought I could learn about the real ninja,” he said, and
ninjas also had “comprehensive survival skills,” he added.

Mitsuhashi, who has also learned kung fu and a Japanese martial art known as Shorinji Kempo, teaches ninja skills at his own dojo and runs a local inn while pursuing his Ph.D. 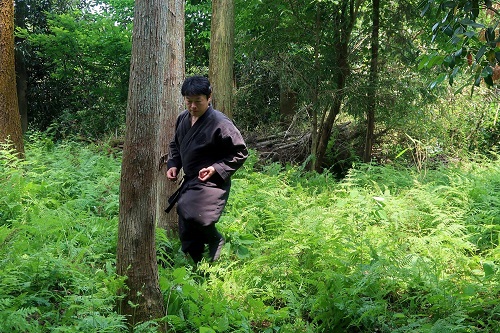 Do you have what it takes to become a ninja?

From Oct. 1, the Hanayashiki Ninja Dojo started offering lessons in the way of the ninja. While participants won’t exactly become fully fledged assassins, there is a strong chance that laughter will sneak up on them.

The training sessions consist of four parts: sword handling, walking silently, using camouflage and throwing shuriken. These lessons are all incorporated into a skit, with the employees portraying famous ninja.

The skit outlines some of the history of ninja, along with brief information about famous ninja and the different styles of ninjutsu.

While the lessons are delivered in Japanese, the dialogue is displayed onscreen in English and English-speaking staff are on hand.

The dojo can be found within Maruhana Ninja Store near the historic Hanayashiki Amusement Park in Asakusa. Multiple training sessions are offered daily for ¥2,000 per person.

Lastly, we have “Ninja” being well-worth browsing, thanks