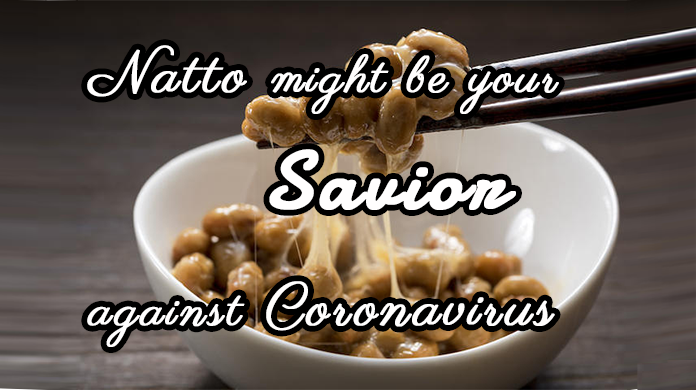 Hi  Messrs. & Mses. Japanophiles.  how have you been?  How’s your health?  I hope you’re well.  Now I’d like to inform you of good news about “Natto” which is one of Cool Japan and the Japanese fermented food made from soy beans against the pandemic virus that is drawing a lot of attention.

We’ve heard or seen every moment of how many people has been infected, and has died from the virus on the paper, TV, and the Internet every day.

In the Netherlands, doctors also found a link between vitamin K deficiency and worsening of symptoms at a hospital in Nijmegen.

The new corona causes blood clotting and breaks down the elastic fibers of the lungs, but vitamin K regulates clotting and is involved in the production of proteins that protect against lung disease.

The study compared 134 patients who were hospitalized during the month from March 12 to April 11 with 184 patients of corresponding age to non-corona. 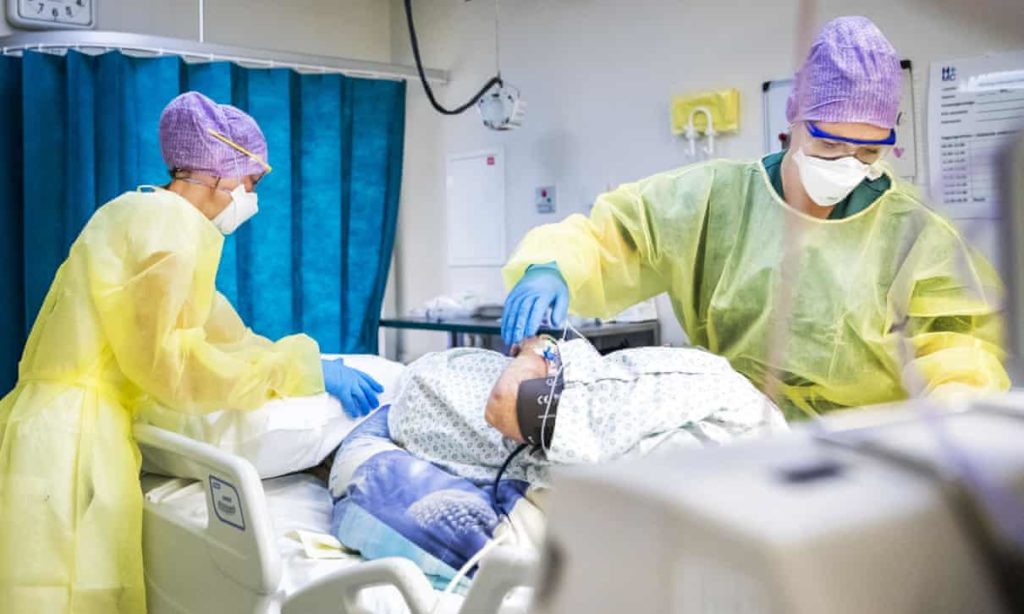 Patients who have died or been admitted to intensive care with Covid-19 have been found to be deficient in a vitamin found in spinach, eggs, and hard and blue cheeses, raising hopes that dietary change might be one part of the answer to combating the disease.

Researchers studying patients who were admitted to the Canisius Wilhelmina hospital in the Dutch city of Nijmegen have extolled the benefits of vitamin K after discovering a link between deficiency and the worst coronavirus outcomes.

Covid-19 causes blood clotting and leads to the degradation of elastic fibres in the lungs. Vitamin K, which is ingested through food and absorbed in the gastrointestinal tract, is key to the production of proteins that regulate clotting and can protect against lung disease.

The Dutch researchers are now seeking funding for a clinical trial, but Dr Rob Janssen, a scientist working on the project, said that in light of the initial findings he would encourage a healthy intake of vitamin K, except to those on blood-thinning medications such as warfarin.

He said: “We are in a terrible, horrible situation in the world. We do have an intervention which does not have any side effects, even less than a placebo.

There is one major exception: people on anti-clotting medication. It is completely safe in other people.

Janssen added: “We have vitamin K1 and K2. K1 is in spinach, broccoli, green vegetables, blueberries, all types of fruit and vegetables.

K2 is better absorbed by the body. It is in Dutch cheese, I have to say, and French cheese as well.”

A Japanese delicacy of fermented soya beans called “natto” is particularly high in the second type of vitamin K and there may be cause for further studies into its health benefits, Janssen said. 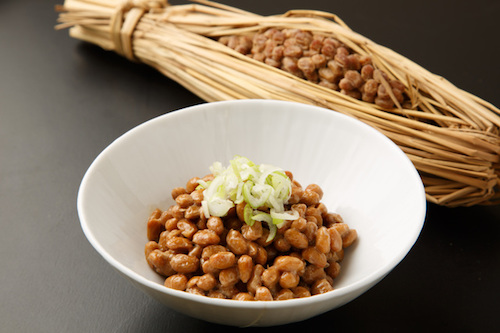 “I have worked with a Japanese scientist in London and she said it was remarkable that in the regions in Japan where they eat a lot of natto, there is not a single person to die of Covid-19; so that is something to dive into, I would say.”

The research, undertaken in partnership with the Cardiovascular Research Institute Maastricht, one of Europe’s largest heart and vascular research institutes, studied 134 patients hospitalised for Covid-19 between 12 March and 11 April, alongside a control group of 184 age-matched patients who did not have the disease.

Jona Walk, a second researcher on the study, which was submitted for peer review on Friday, said: “We want to take very sick Covid-19 patients and randomise so that they get a placebo or vitamin K, which is very safe to use in the general population.

We want to give vitamin K in a significantly high enough dose that we really will activate the protein that is so important for protecting the lungs, and check if it is safe.”

However, people who take blood anticoagulants in Japan are also instructed to refrain from natto, because vitamin K weakens the action of the drug.

Otherwise, however, “everything else is completely safe”, and “I advise you to take a vitamin K supplement.

Even if it doesn’t help with a serious Covid-19 condition, it should be good for blood vessels, bones and perhaps lungs too.”

Natto, is that an acquired taste of food?

As almost everyone see how effective to the epidemic virus, what’s more, however, there is a lot of nutrition.

On the otherhand, howver, there is a drawback to the Natto, that’s the taste for the beginners.

But there are many people who couldn’t eat it at first though, if they get used to it, they are surely into it. 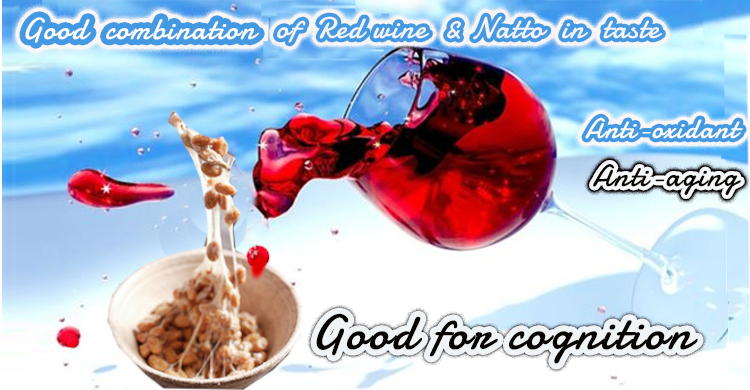 In addtion, if you eat it while drinking red wines, you can’t beat it when it comes to enjoying the combination of taste of both red wine and natto.

For further information on “Senior drinkers of wine (Polyphenol) prove higher cognition” which is well-worth browsing.

Last but not least, we have another blog “Natto, Healthy Eating for Healthy Aging” only which describes in detail, thanks 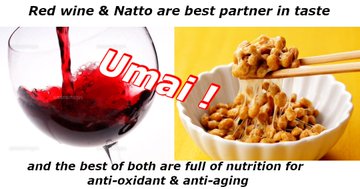