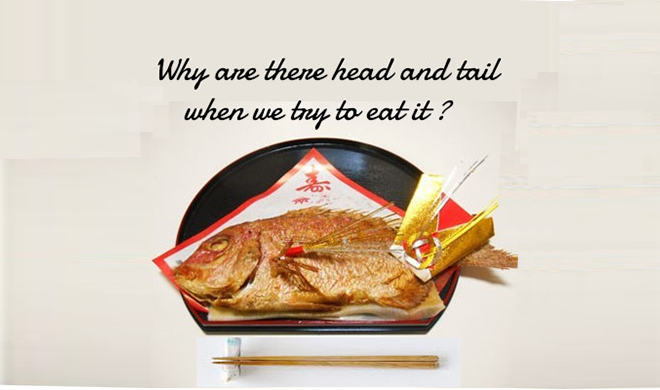 Hi  everyone  how are you doing?  Today’s theme is ” fish and seafood ” that this is not an exaggeration to say that we Japanese have primarily lived on them eaten to accompany with rice since ancient times.

As you already know that Japan is an island country blessed with the riches of its many rivers and the sea that surrounds it on all sides.

How to catch fish and seafood

Over the centuries, we’ve developed various specialized fishing techniques to suit each region and the kind of target fish.

Let’s take, a single-hook fishing to catch bonitos for example, the traditional pole-and-line method is used for catching the ocean fish skipjack, bonitos. 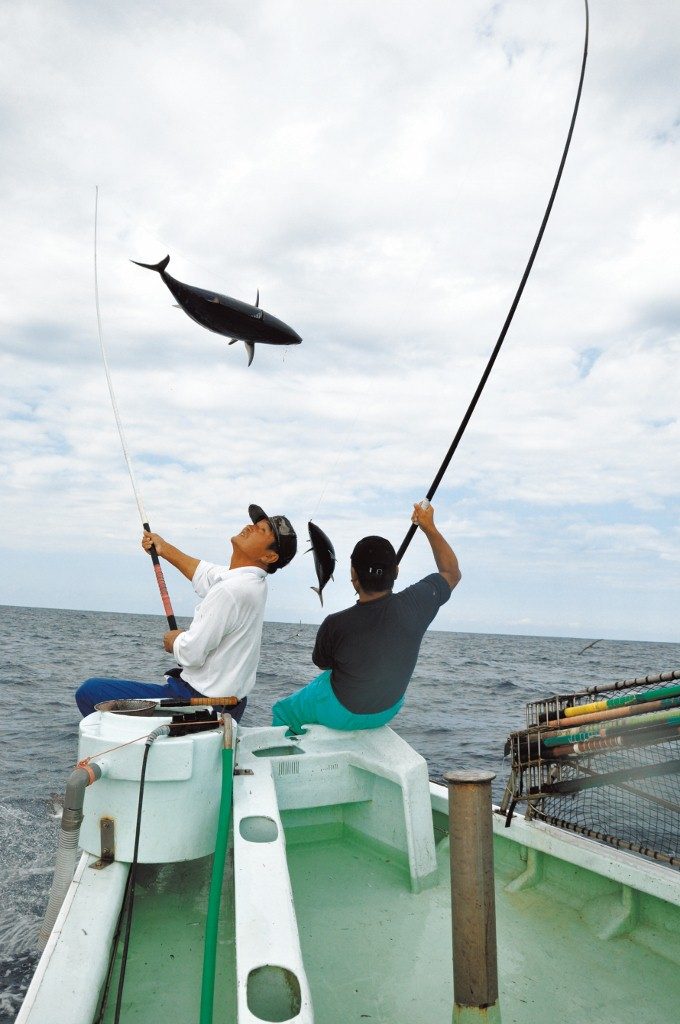 The fishermen wield their rods so deftly that the fish are caught in the blink of an eye. It’s a centuries-old method of fishing that avoids causing any damage to the fish.

Cast nets are used to catch the freshwater ayu (sweetfish). Sweetfish are very sensitive, so first the current must be dammed with branches to prevent them from escaping.

Then the fisherman must stand quietly in wait until a shoal of sweetfish arrives. As soon as the shoal arrives at the dam and wheels around, he casts the net with split-second timing. 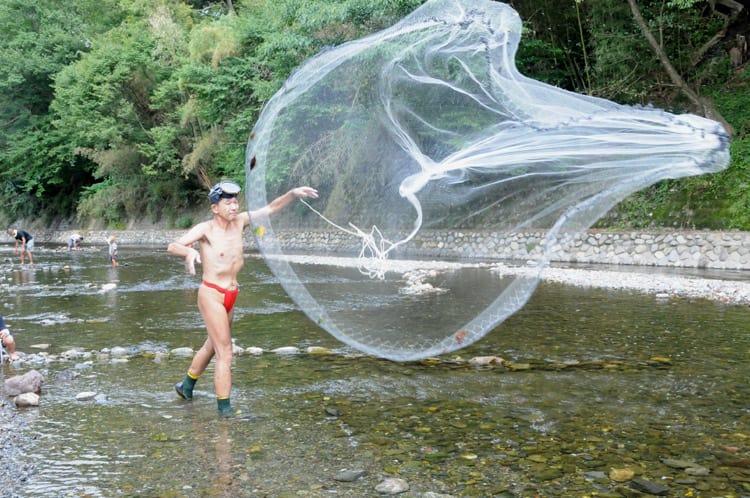 If the timing is not perfect, the fish will scatter and few will be caught in the net. It takes long years of experience for a fisherman to learn to judge the precise timing for casting his net.

Then, how to cook fish and seafood and enjoy them

There are also various different ways to prepare and cook fish. You can enjoy distinctive seasonal fish and seafood delicacies such as sushi, tempura and hotpots.

Early summer is the season for bonitos. One of the classic ways to prepare the bonito is a technique known as tataki(lightly roasted bonito).

Fillets are lightly seared over a fire made from rice straw. The sliced fish is dipped in a soy-based sauce seasoned with spices. 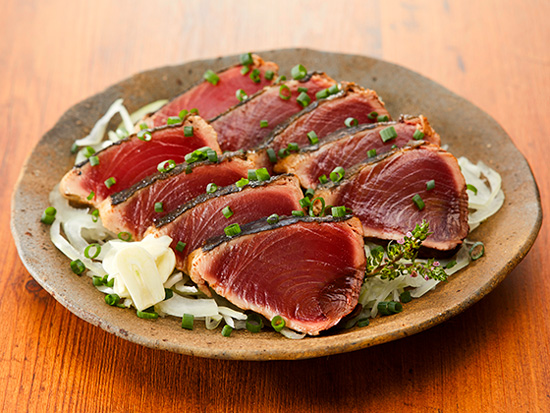 Midsummer is the season for unagi (freshwater eel). The most common unagi dish is kabayaki(eel dipped and broiled in soy-based sauce/spitchcorked eel). 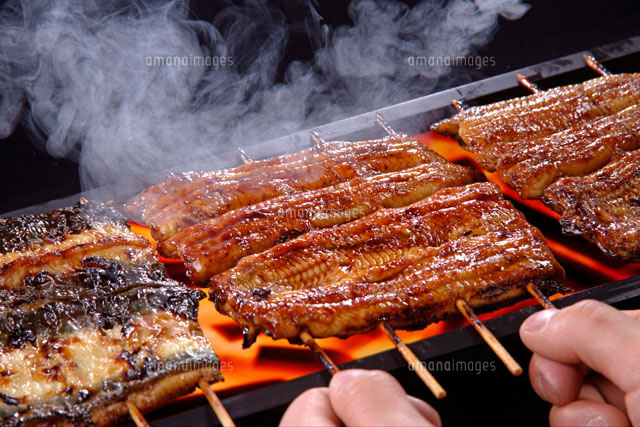 The unagi flesh is basted with a sweet savoury soy sauce and grilled; its delectable aroma and melting texture are irresistible.

Autumn is the season for sanma(Pacific saury). One of the most poopular grilled fish dishes is sanma-no-shioyaki, sanma ust rubbed with salt and grilled whole. It’s usually served with grated daikon radish, soy sauce and a citrus juice. 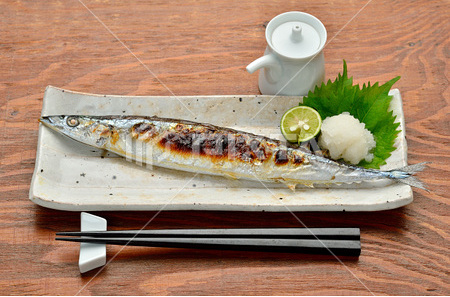 There are plenty of excellent seafood dishes in winter too, especially nabemono(a hot‐pot mainly cooked at the table) with snow crabs, vegetables and sashimi(sliced raw fish) drank to accompany hot sake (alcohol). 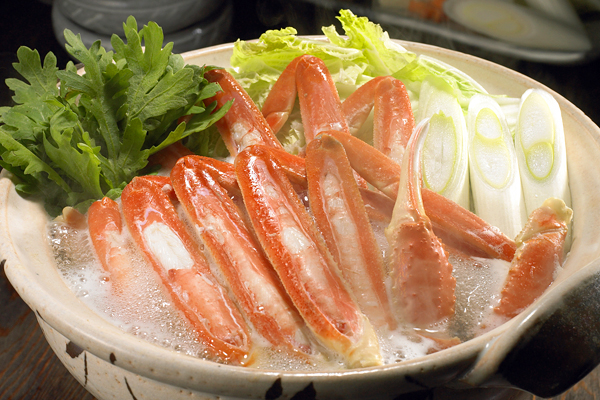 In most areas, the crab-catching season opens in November. The crabs’ firm flesh and subtle flavour make them the ultimate delicacy of winter.

A rich variety of fish and seafood is available all year round.

Why Japanese people don’t like seeing raw or cooked fishes from heads to tails at table?

As far as I know, foreigner people mostly from Europe and USA generally hate seeing the fishes from heads to tails at table when they try to eat.

I think that is mainly from the eating habit, since we Japanese have been eating fishes and seafoods for a long time although the custom of eating the fishes has declined sharply recently in contrast to rapid increase of meat consumption for younger generations.

We older generations in our 50s and over, however, believe that it’s considered auspicious to serve some fish with the head and the tail left on, especially “tai” (sea bream).

The name of sea fish of “tai” is a part of “medetai” (happy, joyous and auspicious), that’s why the fish “tai”(sea bream) has been used as “bringing us a good luck” in the happy event like wedding and other congratulatory cases. 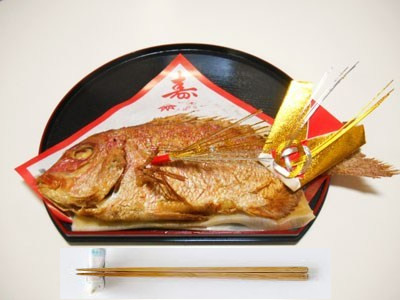 In addition, generally speaking, the Japanese are very good at eating a whole fish neatly-picking out as much fish meat as possible with chopsticks and leaving only the bones.

On the otherhand, it’s more difficult to separate the meat and the bones with a knife and fork. 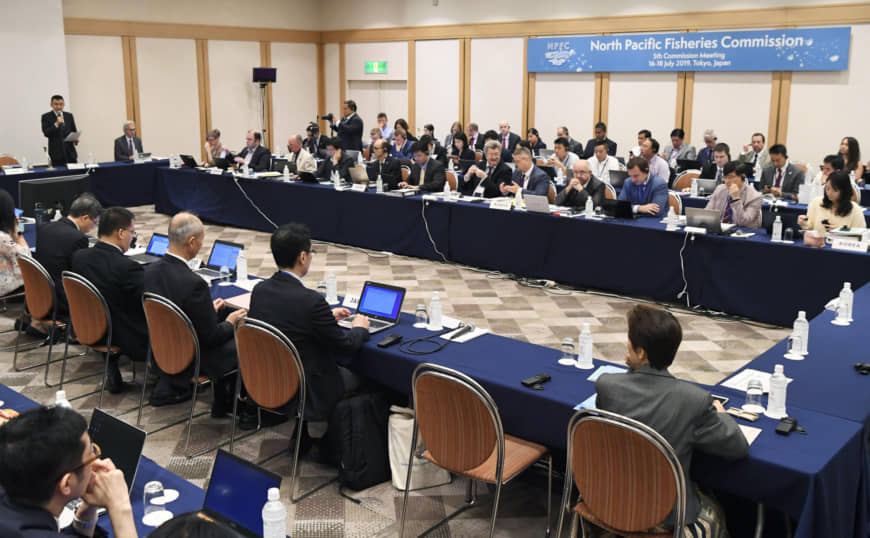 The annual meeting of the North Pacific Fisheries Commission (NPFC) kicks off Tuesday (July 16, 2019) in Tokyo

Japan and seven other Pacific economies started discussions in Tokyo on Tuesday on saury fishing regulations in the northern Pacific.

During the annual meeting of the North Pacific Fisheries Commission (NPFC), which runs through Thursday, Japan hopes to get all eight member economies to agree to cap overall Pacific saury catches.

The proposal by Japan, which has been experiencing poor saury catches, is aimed at preventing overfishing and improving saury resources management. The fish is a popular autumn dish in the nation.

It remains uncertain, however, whether China, which has rapidly increased its saury catch, will support the proposal.

Taiwan, South Korea, Russia, Vanuatu, the United States and Canada are also members of the NPFC, which was established in 2015.

At a meeting of the NPFC Scientific Committee in April this year, all eight members agreed for the first time that saury stocks in the northern Pacific were at low levels.

Based on that recognition, Japan believes it appropriate to set the ceiling on total saury catches in the northern Pacific for sustainable saury stocks at around 450,000 tons, roughly the same as the actual catches in 2018, Fisheries Agency officials said.

Japan hopes that the overall figure will be divided among the member economies based on their exclusive economic zones as well as elsewhere in the Pacific Ocean, the officials also said.

At last year’s annual meeting, Japan proposed setting a catch quota for each NPFC member. But the talks broke down due to opposition from China.

This time, Japan will place priority on consensus-building and propose an overall cap, deemed more palatable to other members, the officials said.

While the focus is again on China, Japan is also watching closely whether South Korea, which backed its proposal last year, will do so again this year amid a bilateral row over Japan’s tightened controls on semiconductor materials exports to South Korea.

The decline reflects huge amounts of high-sea fishing by China and Taiwan before the fish migrate to Japan’s EEZ in summer and autumn, as well as a rise in ocean temperatures due to global warming, the officials said.

Finally, I strongly hope all eight members of NPFC would agree to cap overall Pacific saury catches before the resources of the saury are exhausted.

We have an article related to the this article today, that’s “Maguro” (tuna) to be browsed, thanks