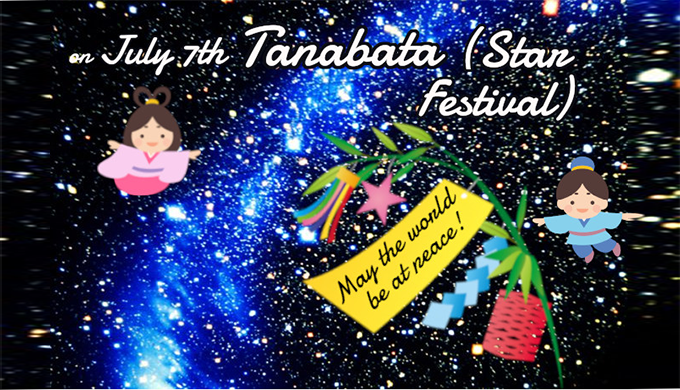 Hi  everyone how are you doing? Tonight on July 7th of every year, we have one of annual events of ” Tanabata ” (The Night of Sevens, Double Seventh Festival and Star Festival) which is one of “Cool Japan”.

Speaking of Tanabata, I used to write my wishes on Tanzaku (rectangular paper) and hang it from the bamboo leaves asking two stars of Orihime and Hikoboshi so our dreams come true as below.

Nowadays, however, these customs have been fading away due to the reasons from one of diminishing trash. Instead of that, we enjoy gorgeous festivals throughout the country. 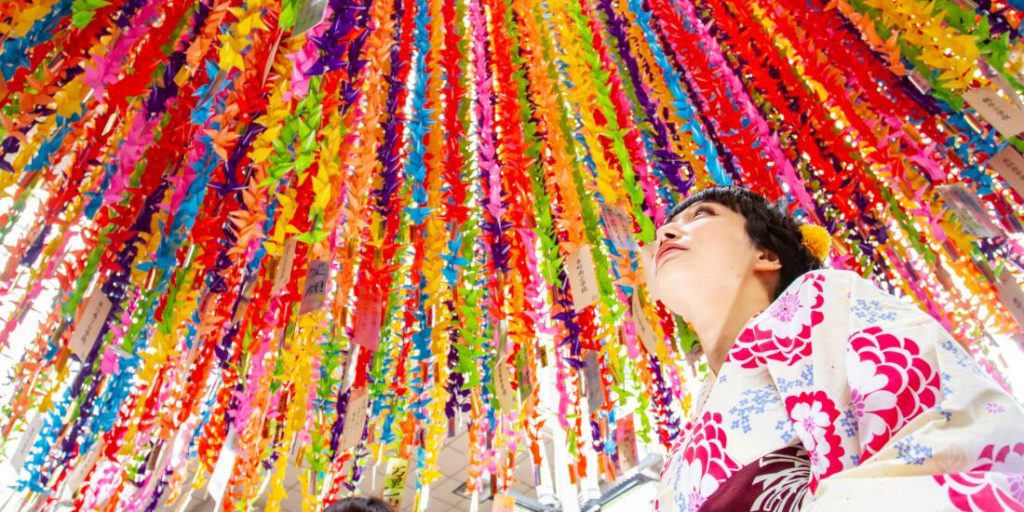 Tanabata was a legend from Heian Era (794– 1185) introduced by Empress Koken and it originated from the Chinese Qixi Festival, a kind of Chinese folklore.

It celebrates the meeting of the deities Orihime and Hikoboshi (represented by the stars Vega and Altair respectively).

Once upon a time, when the God of the Heavenly Emperor or Sky King ruled the starry sky, the daughter of the Emperor, Orihime (weaving Princess), lived on the west bank of the Milky Way. Orihime was very good at weaving, and the color and the pattern were beautiful, strong, and light to wear, and was wonderful. 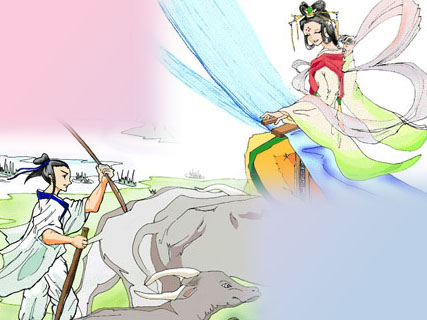 On the other hand, on the eastern shore of the Milky Way, there lived a young cowherd who was a hard worker. He washed cows in the Milky Way every day, and he fed delicious grass to the cows.

Orihime was sad that because of her hard work she could never meet and fall in love with anyone. Concerned about his daughter, her father arranged for her to meet Hikoboshi.

When the two met, they fell instantly in love with each other and married shortly thereafter. 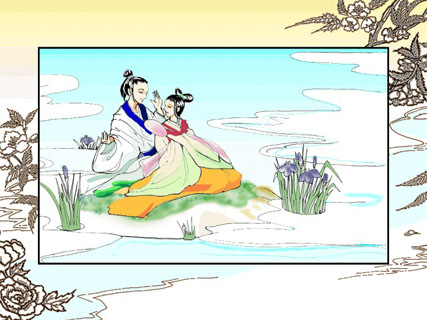 However, once married, Orihime would no longer weave cloth and Hikoboshi allowed his cows to stray all over Heaven.

In anger, the Sky King separated the two lovers across the Milky Way and forbade them to meet. Orihime became despondent at the loss of her husband and asked her father to let them meet again.

He was moved by his daughter’s tears and allowed the two to meet on the 7th day of the 7th month if she worked hard and finished her weaving.

The first time they tried to meet, however, they found that they could not cross the river because there was no bridge.

Orihime cried so much that a flock of magpies came and promised to make a bridge with their wings so that she could cross the river.

It is said that if it rains on Tanabata, the magpies cannot come because of the rise of the river and the two lovers must wait until another year to meet. The rain of this day is called “The tear of Orihime and Hikoboshi”.

When and where is held including overseas for Tanabata?

The date of Tanabata varies by region of the country, but the first festivities begin on 7 July of the Gregorian calendar. The celebration is held at various days between July and August.

The original Tanabata date was based on the Japanese lunisolar calendar, which is about a month behind the Gregorian calendar. As a result, some festivals are held on 7 July, some are held on a few days around 7 August (according to the “One-Month Delay” way), while the others are still held on the seventh day of the seventh lunar month of the traditional Japanese lunisolar calendar, which is usually in August in the Gregorian Calendar.

Large-scale Tanabata festivals are held in many places in Japan, mainly along shopping malls and streets, which are decorated with large, colorful streamers. The most famous Tanabata festival is held in Sendai, Miyagi prefecture from 6 to 8 August. 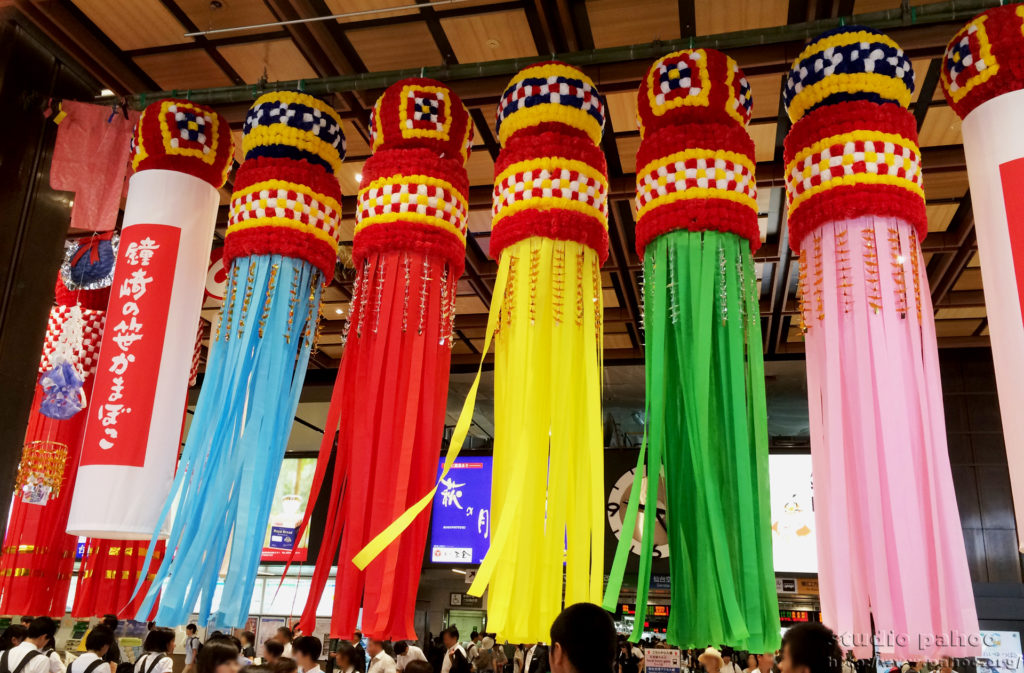 In the Kantō area, two of the largest Tanabata festivals are held in Hiratsuka, Kanagawa (around 7 July) and in Asagaya, Tokyo immediately prior to the start of the Obon holiday in mid August. 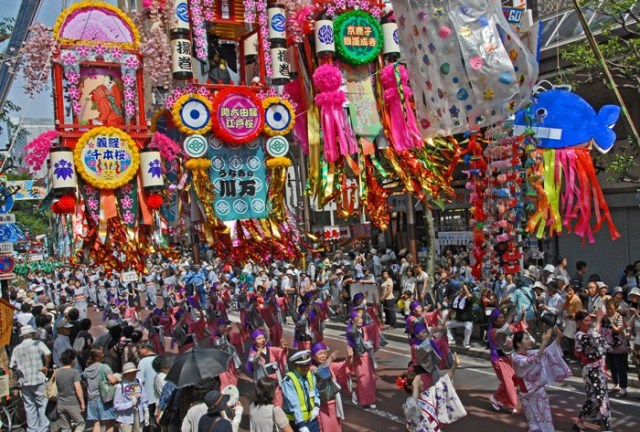 A Tanabata festival is also held in São Paulo, Brazil around the first weekend of July and Los Angeles, California in the beginning of August. 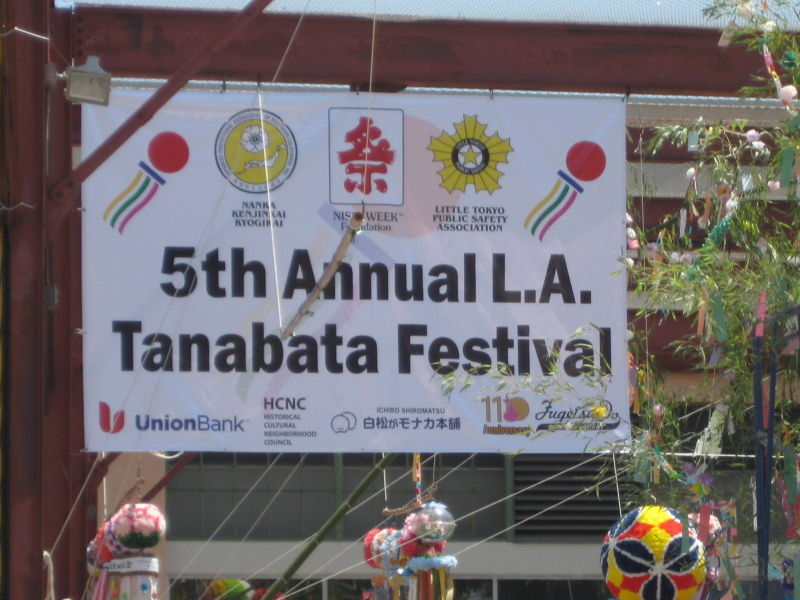 Although Tanabata festivals vary by region, most festivals involve Tanabata decoration competitions. Other events may include parades and Miss Tanabata contests. Like other Japanese matsuri, many outdoor stalls sell food, provide carnival games, etc., and add to the festive atmosphere.

Tokyo Disneyland and Tokyo Disney Sea often celebrates the Tanabata Festival featuring a greeting parade with Minnie as Orihime and Mickey as Hikobosh. 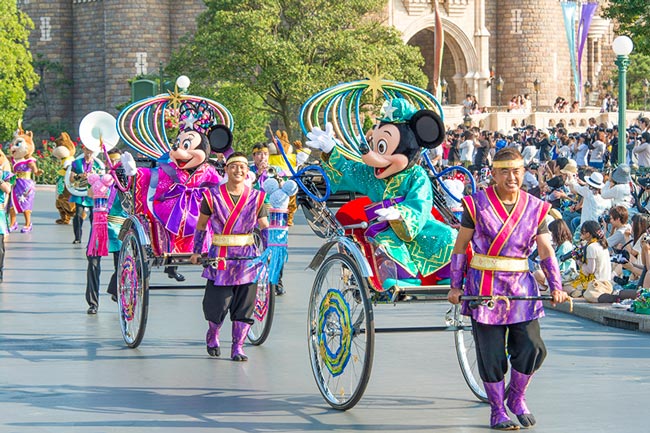 Finally, may I ask you what your wishes written on Tanzaku?