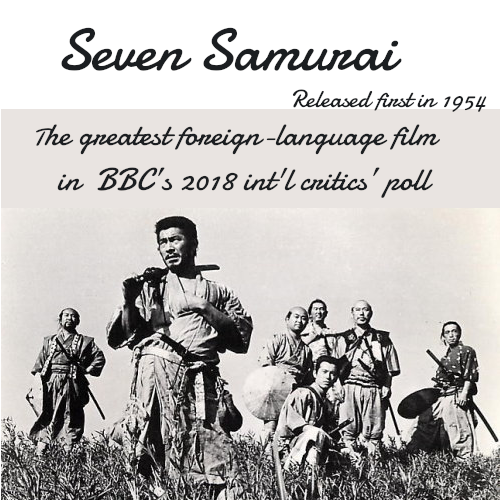 Hi  Messrs. ＆ Mses. Japanophiles.  how are you?   Today’s theme is ” Seven Samurai ” which was first released in 1954, just 65 years ago and it was a big hit not only in Japan but also overseas at the box office.

In addition, the movie has been highly acclaimed around the world, including the Silver Lion Award in the Venetia International Film Festival. 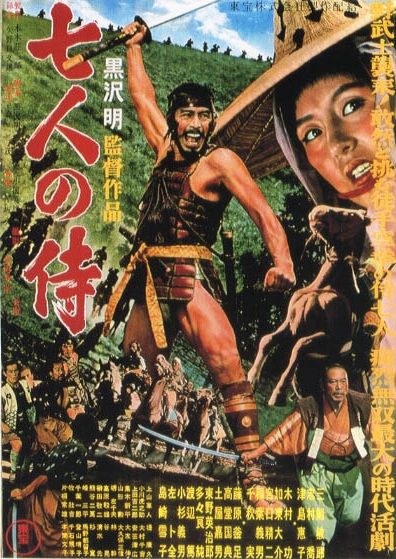 I came across an interesting article about the classic movie “Seven Samurai” which was most voted the greatest foreign-language film in BBC’s 2018 international critics’ poll. 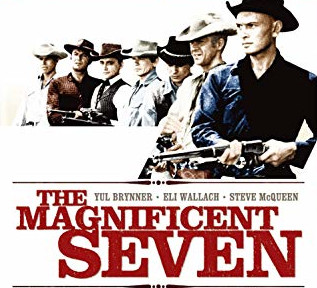 The story takes place in 1586 during the Sengoku period of Japanese history (warring states).

Since its release, Seven Samurai has consistently ranked highly in critics’ lists of the greatest films, such as the BFI’s Sight & Sound and Rotten Tomatoes polls.

It has remained highly influential, often seen as one of the most “remade, reworked, referenced” films in cinema.

The BBC recently released the top 100 foreign language films. Of the 24 selected works in 19 languages, 27 were in French, 12 in Chinese and 11 in Japanese and 11 in Italian.

Akira Kurosawa’s “Seven Samurai” won the most votes and won the first place.

Director Kurosawa’s “Rashomon” was chosen in the fourth place. 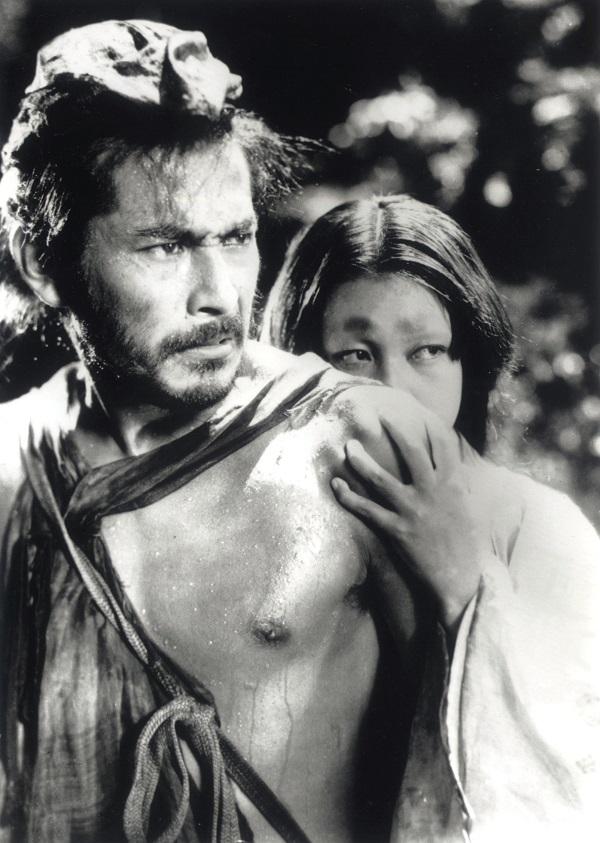 By the way, Japanese critics have not voted for either, and the difference in the evaluation at home and abroad has become the target of interest overseas.

What are the evaluations of the movie and the director?

The origin of team action movies “Seven Samurai” is set in a rural village at the end of the war, and the peasants cooperate with seven “samurai” to fight off a group of wild bandits.

The farmers who has suffered by the bandits of their plunder act and they employed seven mercenaries against them to combat.

One of the highlights is the fact that farmers and mercenaries clash and strengthen their unity. 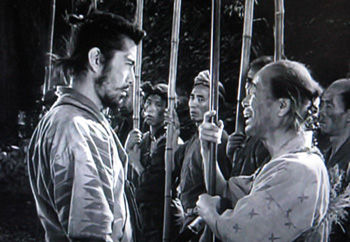 The BBC, which also published an argument that approached the charm of The Seven Samurai, also focused on this point, positioning it as a monument as the starting point of an action movie in which the team moved the story along the strategy.

Director Akira Kurosawa had originally aimed at the painter, and has a reputation for making a vivid screen. In the article, he took up a mixed battle scene of the climax and described it as a “miracle of chaos” drawn by making full use of multiple cameras. 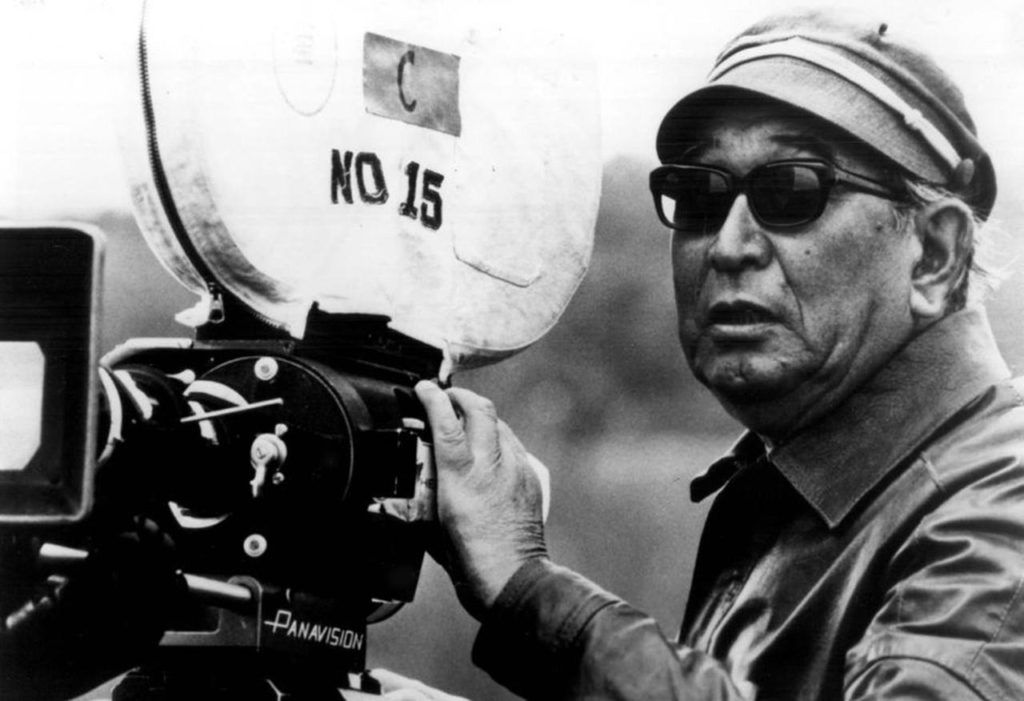 He also praised the “wonderful victory play and the muddy smell of people that shook the hearts of audiences around the world across generations.”

Director Kurosawa’s learning of the story composition and ethics from western movies, Shakespeare’s tragedies, and Russian literature, and the great influence of George Lucas and other masters from Kurosawa’s works are now famous as a part of the history of cinema.

The Guardian traced this history centered on Kurosawa and pointed out the significance of cultural exchange severing to this day.

There are still a lot of filmmakers who learn from Kurosawa screenplay. Film School Rejects, a film website, introduces the popular video series Seven Samurai Storytelling Lessons and explains what you can learn from the script as follows:

First of all, the audience is attracted by showing the serious situation in which the characters were put in, and impresses “Purpose to defeat the samurai” and “Motive ” and “I want the reward”.

At the same time, by carefully depicting the personality and origin, the role is emphasized and help to understand the development of the story.

The secret to being long but never get tired is in this configuration, and it is said that it can still be used. 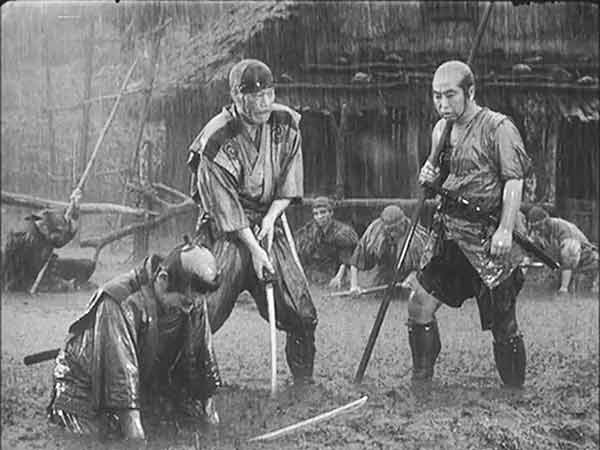 ◆What are the characteristics of the Japanese who brought universality to movies?

It is an Arab news paper that director Kurosawa read ‘Seven Samurai’ through the western which was greatly influenced.

It is said that the spirit of the weak relief of the western is thick in the exchange play and heroism with the active play and the farmer.

Moreover, it seems to have felt the national character of director Kurosawa in the morality of the story.

The democracy is hung up in the first work ‘Regret in my youth’ after the war, and it becomes the face of Toho by an open style though the early style of Director Kurosawa who debuted during the war was the one to consider the time.

In the article, i.e., the meaning of the beginning of my career at a time when Japan was shaken by two values, I saw that the spirit i received from western theater, and the oriental morality and indigenous sensibilities were back-to-back.

Director Kurosawa was also conscious of “A peculiar history which was on the boundary of the end of the war”.

It is said that it was surprised at the spectacle of the people who floated unexpectedly on the day of the end of the war, and came to think about the flexibility and the frailty of the Japanese according to the autobiography ‘Oil of the emanating’.

Moreover, i came to feel that it was “sad national character” the trend which began to respect when Japanese cultural goods were evaluated abroad.

The iconic critics took the attitude of returning the palm as soon as “Rashomon” was awarded in Venice.

The difference in the evaluation of Kurosawa’s work at home and abroad is pointed out in the article of the above-mentioned. 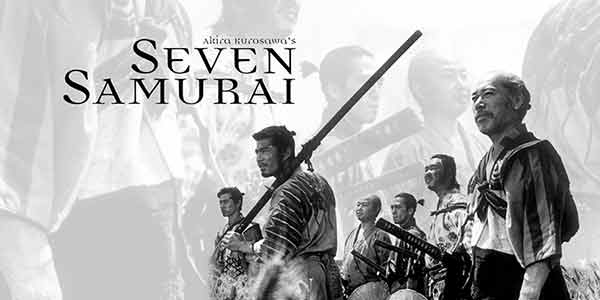 The beauty of the altruistic figure unique to period dramas has been shared in many cultures. The freshness that people cross across the position is also alive because they draw the irrationality of feudal society.

In a word, it became a universal story by acting well like Japan before. The situation of being taught such a charm from abroad might still continue as director Kurosawa saw.

Finally, we have another blog about “Samurai” to be visited, thanks