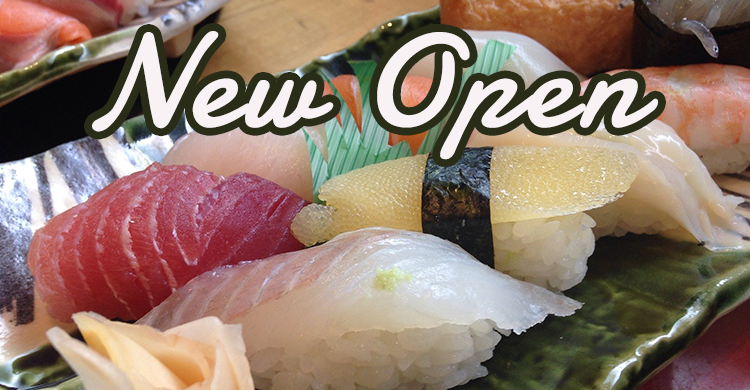 Hi  everyone how’s everything?   Today’s topic is Asakusa ROX Sushi shop which has just opened today on Jan22, 2020. 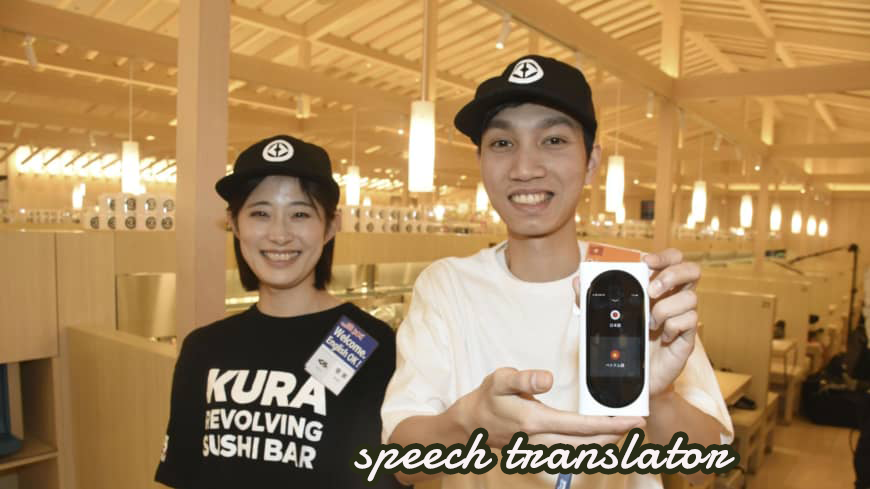 A Kura Sushi employee shows off a translation device that can handle 104 languages at the chain’s flagship store that opened Wednesday in Tokyo’s Asakusa district, a popular tourist spot.

What’s the feature of the Asakusa Sushi shop?

Newly opened Asakusa ROX Sushi shop has a speech translator in 104 languages, that gives any nationalities from around the world more enjoyable and delicious hearing explanation with their own mother language.

Let’s see, first, the video in Japanese though, but I’m sure you would be understandable roughly from it.

Decorating the interior of the restaurant with ukiyo-e woodblock prints and other items of traditional Japanese culture, Kura Sushi hopes to attract tourists from abroad.

The store has the largest number of seats among all of the company’s outlets in Japan.

Kura Sushi also unveiled a plan to open its first Chinese store in Shanghai by the end of this year and reopen a business in Fukushima Prefecture.

By accelerating new store openings, the company aims to double the number of its stores worldwide to 1,000 in 2030.

Kashiwa Sato, a creative director known for his work on the logo for Fast Retailing Co.’s Uniqlo casual apparel chain, supervised the interior of the flagship store in Asakusa.

Its walls are decorated with ukiyo-e artworks and Japanese lanterns. 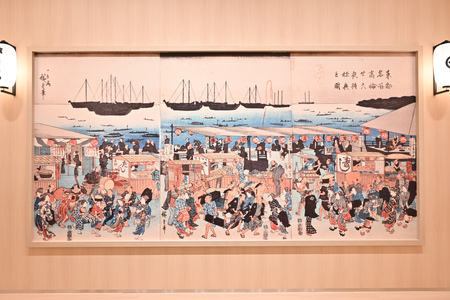 Plain wood is used for tables and pillars, while seats are covered with tatami floor mats. 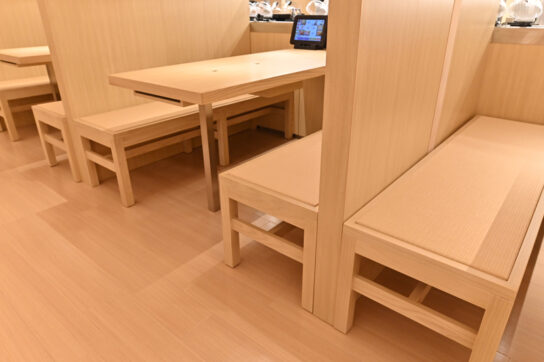 The restaurant also provides a space for customers to enjoy a target-shooting game and quoits.

The outlet, which has 272 seats, employs voice translation equipment that can handle 104 languages. Kura Sushi expects 20 to 30 percent of store visitors to be foreign nationals.

The company currently has some 440 outlets in Japan and more than 20 each in the United States and Taiwan. It aims to boost total global sales to ¥300 billion in 2030 from ¥136.1 billion in the year that ended in October 2019.

Finally, we have “Sushi” to be well-worth blog to visit, thanks