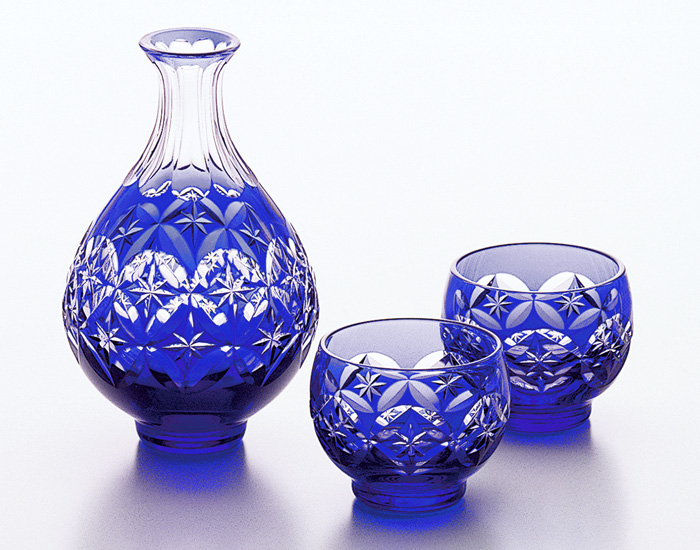 Hi  everyone how are you? Today’s theme is “Glasswork by cutting facets” (Kiriko in Japanese) of which I’d like to talk about the splendor of Japanese traditional crafts and traditional techniques that is also said to be one of “Cool Japan).

Glassware that sparkles and glints. This is the Japanese cut glass known as Kiriko. And Kiriko ware makes a beautiful settting for Japanese cuisine.

The gleam of the transparent glass conveys a refreshing sense of coolness. At the same time, it makes the whole meal seem more elegant.

There are two main types of traditional kiriko.

This style is called Edo-kiriko. It was made during the 19th century in Edo-the old name for Tokyo.

The distinguishing mark of Edo-kiriko is the smoothness of the cuts. 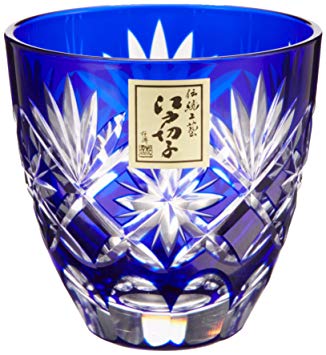 Take a closer look, and you can see that the edges are rounded.

And this is Satsuma-kiriko、which was made in Satsuma-the old name for Kagoshima Prefecture.

Unlike the clear Edo-kiriko, Satsuma-kiriko often featured coloured glass, usually red or blue. One of the distinguishing features of Satssuma-kiriko is a gradation effect know as bokashi(shading). 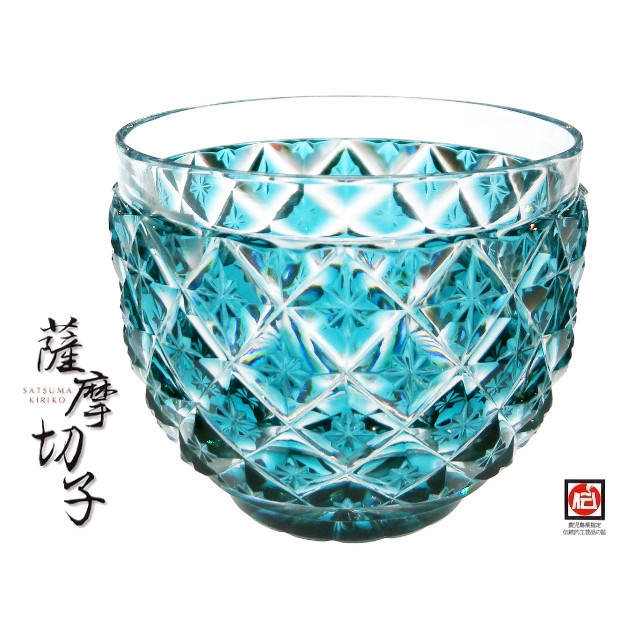 If you examine the facets of this glass, you can see that the red colouration gradually fades into the clear glass.

Nowadays, the cutting process is done with rotating disc-shaped grinding wheels. The cuts are produced by placing the piece of glassware against the edge of a grinding wheel.

There are two layers of glass, one coloured and the other transparent. As you grind away the outer layer of coloured glass, the inner layer of clear glass appears.

This is the secret to creating complex decorative patterns.

It was not until the middle of the 16th century that European glass arrived in Japan in significant quantities.

When the Jesuit misssionary Francis Xavier came to Japan, he presented items made of glass-including eyeglasses-to Japan’s powerful figures.

Later, the techniques for making cut glass were introduced to Japan, and cut-glass products began to be made domestically.

Back then, rods of iron and wood were used for making the cuts.

An abrasive slurry was applied to the glass as the artisans carefully made incisions into it. 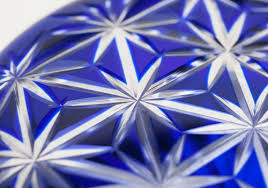 Grinding glass without any mechanical assistance was a task that required long perseverance.

It was thanks to the efforts of highly skilled artisans that cut glass, a craft introduce from abroad, was steadily adapted and became a distinct element of Japanese culture. 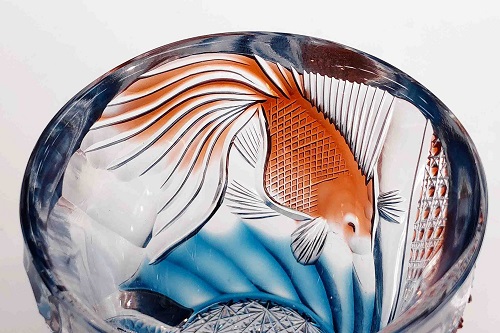