Hello how are you? Today’s topic is “Kaiseki Ryori” (cuisine), No.2 Kaiseki(懐石) Ryori, No.3 Kaiseki (会席) Ryori which are of four kinds of Washoku (Japanese cuisine), along with No.1 Honzen Ryori, and No.4 Shojin (精進）Ryori.

Although No.2 Kaiseki and No.3 Kaiseki, they are the same pronunciation, its meaning is quite different. In English, we say it “homophon”.

What’s difference between No.2 Kaiseki (懐石) and No.3 Kaiseki (会席)?

Kaiseki-ryori removes Honzen-ryori’s rite, and focus on enjoying a meal. He established it to enjoy not only dishes but also tea after meal.

Therefore, Kaiseki-ryori has the spirit of tea ceremony “Treasure every meeting for it will never recur”. It regards hospitality, rationalized manners, seasonality and colorfulness as important.

Even Kaiseki-ryori(Cha-Kaiseki) is for Samurai, wealthy merchant and tea master. The people at large do not have a style of cuisine.

However, Buddhist priests and cooks served dishes for them from Edo period(1603-1868) which was the long peace period by Tokugawa shogunate.

Restaurants also began to open from then, and served the new Kaiseki-ryori which bear no relation to tea celemony.

Nowadays, Kaiseki-ryori(懐石料理) which related with tea celemony is called Cha-Kaiseki in distinction from another Kaiseki-ryori(会席料理).

They came to eat it for enjoying drinking and dishes with talking before they even knew it. Nowadays, Kaiseki-ryori is a synonym for high-class Japanese cuisine because there are many cheap Japanese restaurants and fast food.

Essence of No.2 Cha-Kaiseki Ryori (cuisine)

Kaiseki ryōri is a traditional Japanese multi-course meal prepared from fresh, seasonal ingredients. Some dishes are served hot, while others are served chilled or at room temprerature-just theway they’re meant to be enjoyed.

The courses are served in turn, to match the pace at which people are eating.

A formal Kaiseki meal starts with a small tray, with three dishes-rice, soup and a dish called mukozuke-arranged on it. The mukozuke will typically be a morsel of sashimi or a preparation seasoned with a vinegar dressing.

The next course is a simmered preparation, known as the nimono-wan, also served in a bowl. This will be followed by the yakimono-a grilled dish, usually consisiting of fish or meat. 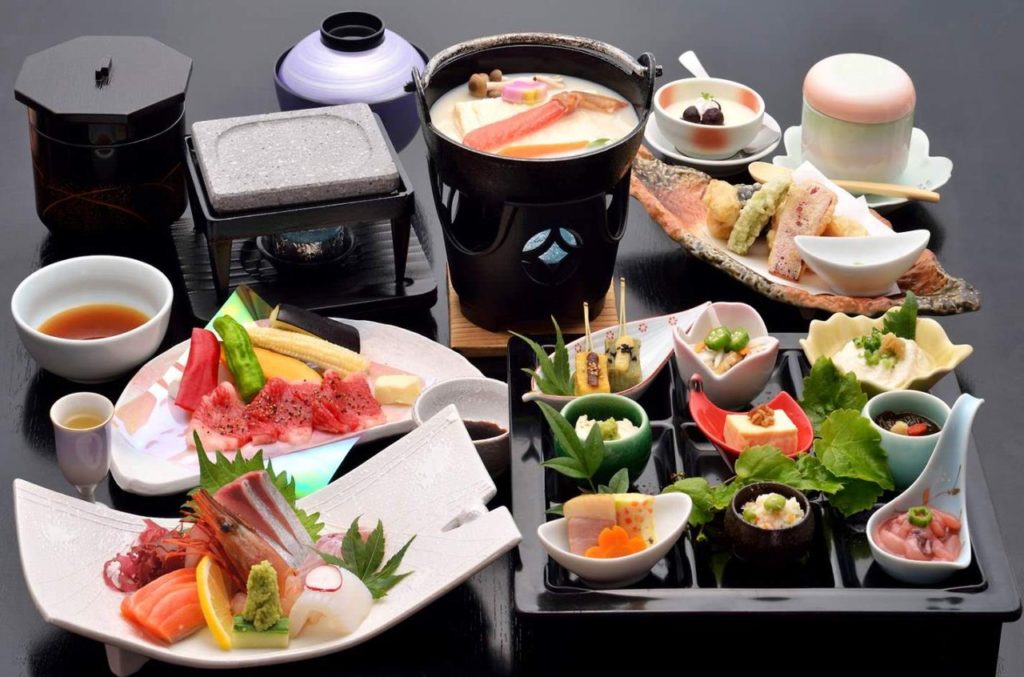 Using a wide variety of techniques and preparing food that is appropriate for the time of year-that’s the very essence of kaiseki ryōri.

The cuisine has its origins in the 16th century. It developed from the style of food served at tea gatherings by the tea master Sen no Rikyu.

Up until then, the conventional way of serving food to guests had been to lay our many dishes all at once.

However, Rikyu thought that serving small portions of food, one course at a time, would be the ultimate gesture of hospitality, because each dish could be enjoyed at its absolute best. This formed the basis of modern-day kaiseki ryōri.

Let’s look at one of the clever ways to evoke a sense of the season. This recipe features tilefish, which are in season during the winter. However, ingredients associated with other seasons are also included in this winter meal.

These are matsutake mushrooms, a typical autumn delicacy. An ingredietnt like this from the seasonn that’s just passed is called nagori. Anad these are arrowhead bulbs, which are typically associated with spring. An ingredient used ahead of its season is called hashiri.

Serving nagori and hashiri ingredients alon with those in season is a delightful way to enjoy the changing of the seasons. 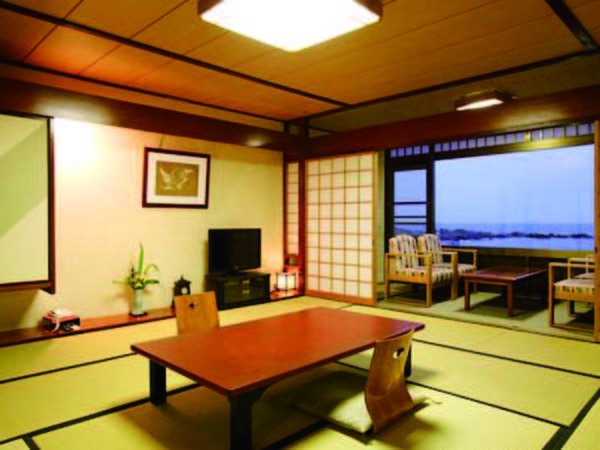 Recently, there has been growing interest in Kaiseki ryōri around the world. Top French chfs have been visiting Japan to discover its secrets.

Meanwhile, a new genre of food is emerging in Japan-a fusion of tradtional kaiseki and more modern, Westerm odea/

Although kaiseki ryōri is a lucid reflection of the Japanese aesthetic, it’s not static, it continues to evolve from day to day.

Besides, “Dashi” (Japanese stock/broth) to be well worth browsing, thanks