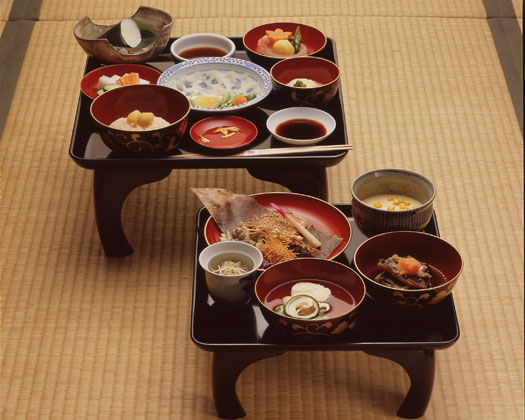 Hello how are you? Today’s topic is No.1 Honzen Ryori which is the first part of 4 kinds of Washoku (Japanese cuisine) following No.2 Kaiseki(懐石) Ryori, No.3 Kaiseki (会席) Ryori, No.4 Shojin (精進）Ryori.

Honzen-ryōri is one of three basic styles of Japanese cuisine and a highly ritualized form of serving food, in which prescribed dishes are carefully arranged and served on legged trays; full-course dinner, regular dinner.

Honzen-ryori was combined with Daikyo-ryori’s ceremonial aspect and Shojin-ryori’s cooking skills. It is the first genuine style of the traditional cuisines of Japan. 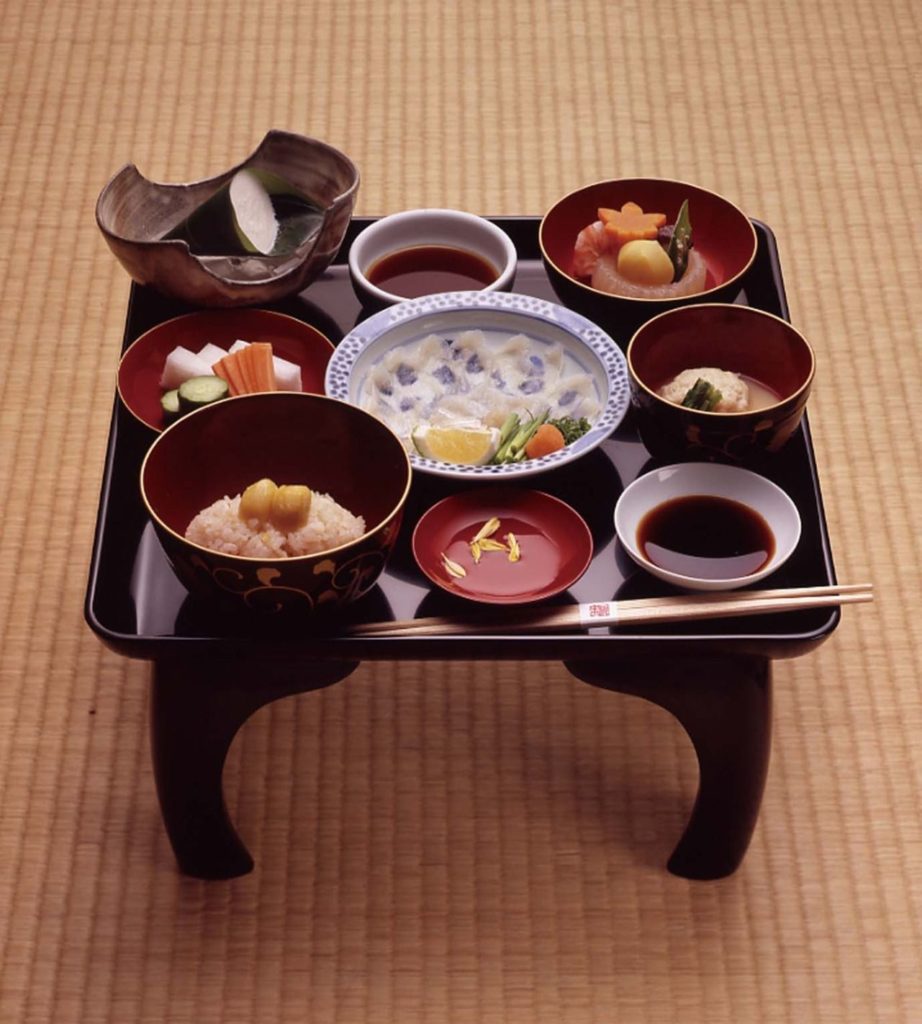 Honzen has largely disappeared since the mid 20th century, though a few restaurants still serve what they bill as honzen ryōri. It largely survives today as one of the main influences of kaiseki cuisine.

The start of it is the rite called Shiki-san-kon which is drinking three cups of sake(Japanese rice wine) with side dish and repeating this process three times.

After that, Samurai ate meal and finished it with drinking liquor. Drinking a nuptial cup called san-san-kudo which means three and three and nine in English in a marriage ceremony derive from Shiki-san-kon.

However, Honzen-ryori is a cold dish because it is cook-ahead dish. If dishes are hot, they become cold because of long time for eating and doing many rites.

So let’s proceed to Washoku (Japanese cuisine) No.2 Kaiseki ryori!