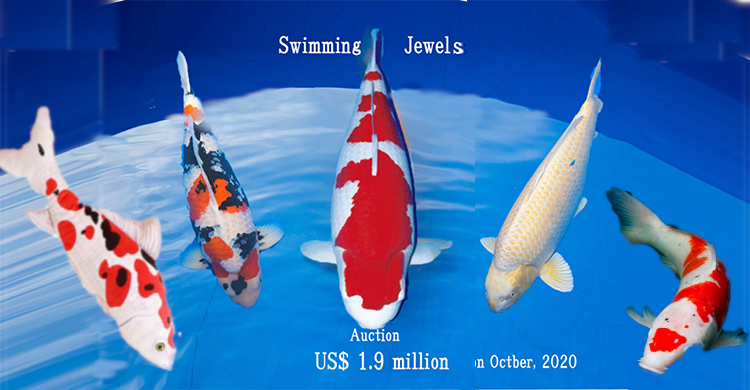 Hi everyone, how is it going?  Today’s theme is “(Nishiki) Koi“, aka “Swimming Jewel” which has been getting popular among foreign coutries on account of colorful decorative fish (brocaded carp).

(Nishiki) Koi is a general term for colored varieties of carp that are kept for decorative purposes in outdoor koi(carp) ponds or water gardens. 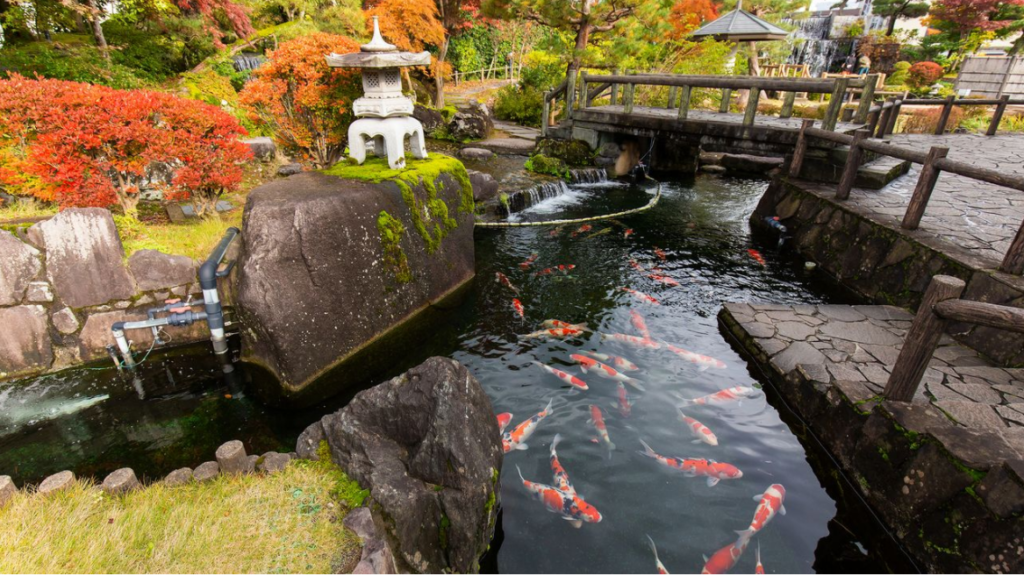 The colorful body color was likened to “Nishiki” that means literally a general term for silk fabrics woven using various colored threads and it also a word used to refer to something bright and beautiful like brocade. 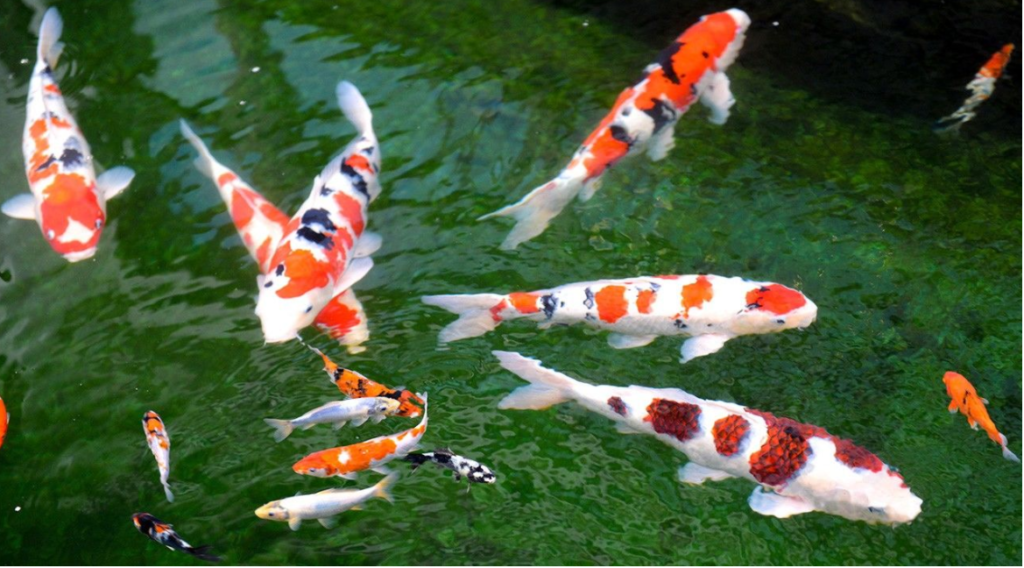 There are many varieties of ornamental koi, originating from breeding that began in Niigata Prefecture, Japan in the early 19th century.

Originally, it was said that Koi(carp) was bred for food. It was a valuable source of protein because of the heavy snowfall, which disrupts logistics in winter.

In warm weather, grow in a pond to draw water into the rice fields, and in winter, move it to a pond at home and cover it or sink something like a clay pipe to prevent it from being crushed by snow. It seems that some people made and raised cages under the floor of the house. 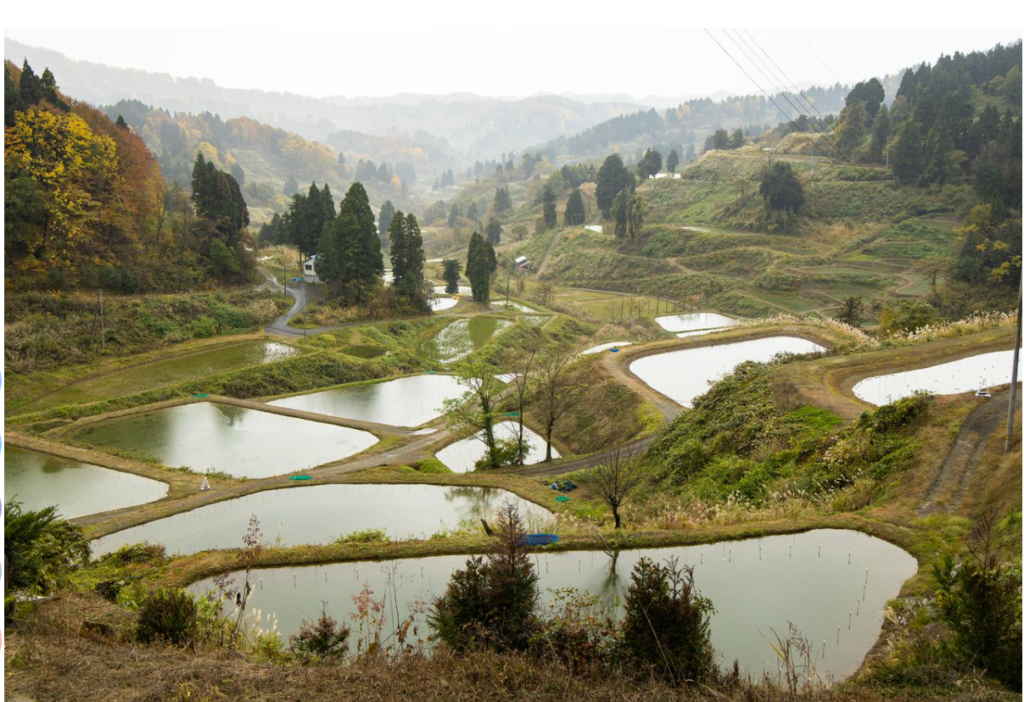 The scenery of the Yamakoshi area in Nagaoka city called “Koi no Furusato” (Birthplace of carp). At first glance, it looks like rice terraces, but many are now used as field ponds for growing Nishikigoi.

Due to repeated inbreeding, mutations occasionally resulted in the birth of a red scarlet carp. Furthermore, when a variety called “Asagi” came in from the neighboring village, part of it turned white due to the effects of clay soil and soft water. 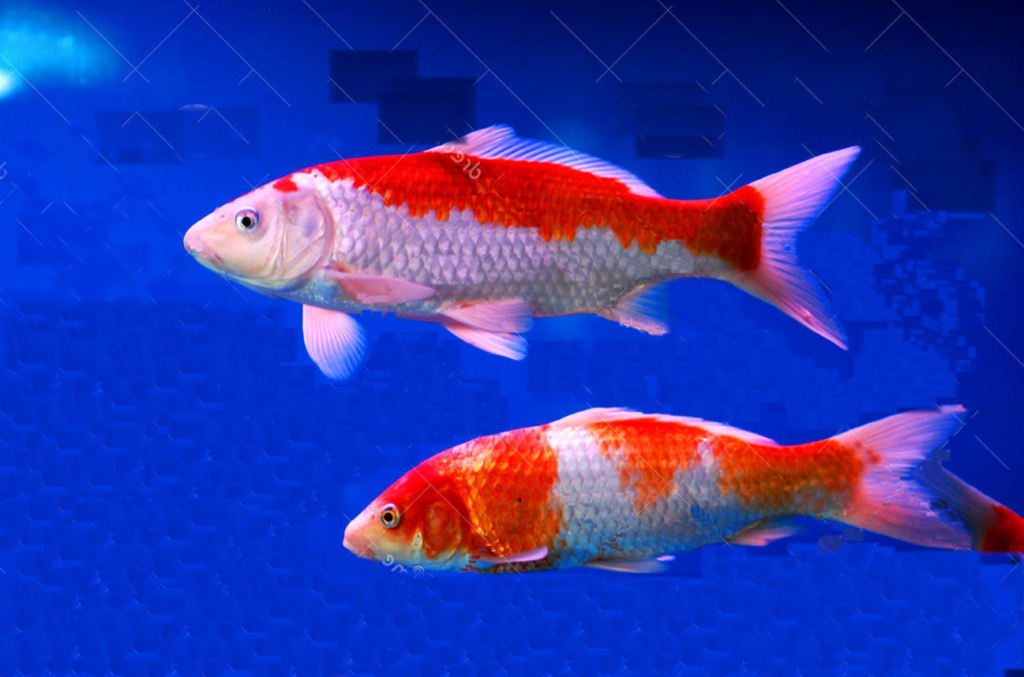 By multiplying the two, it is thought that “red and white” with a red mottled pattern appeared on a white background.

Several varieties are recognized by the Japanese, distinguished by coloration, patterning, and scalation. Some of the major colors are white, black, red, orange, yellow, blue, and cream. 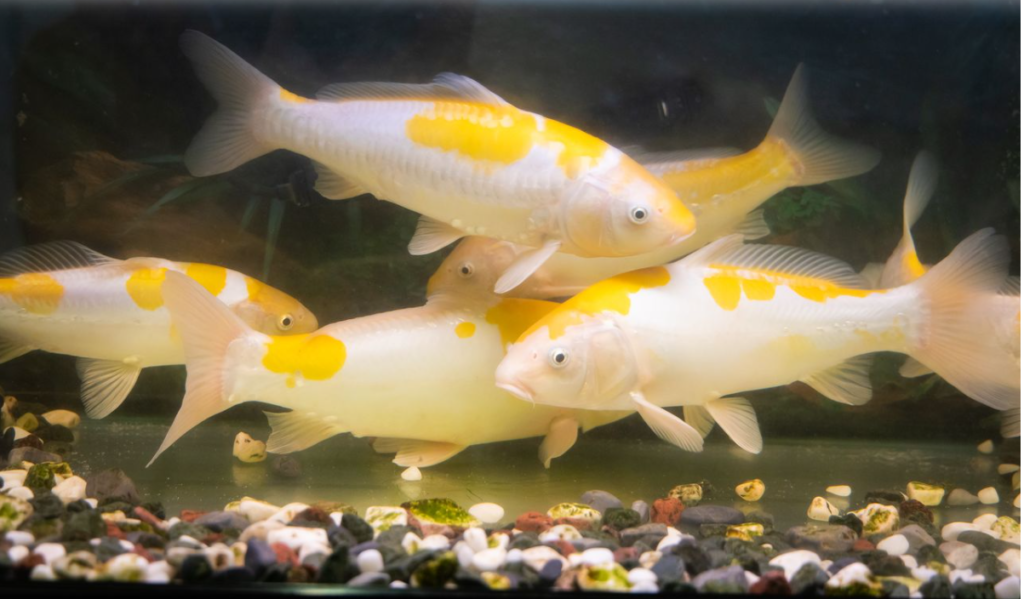 Breeding and aquaculture have progressed and have been improved for a high-class ornamental fish for enthusiasts domestically as well as globally.

Nishikigoi was often seen in Japan in the past.

There were always Nishikigoi in ponds such as parks, private houses, temples, and shrines.

Nowadays, the chances of seeing it are decreasing, and in fact, over 70% of Nishikigoi produced in Japan are exported overseas. 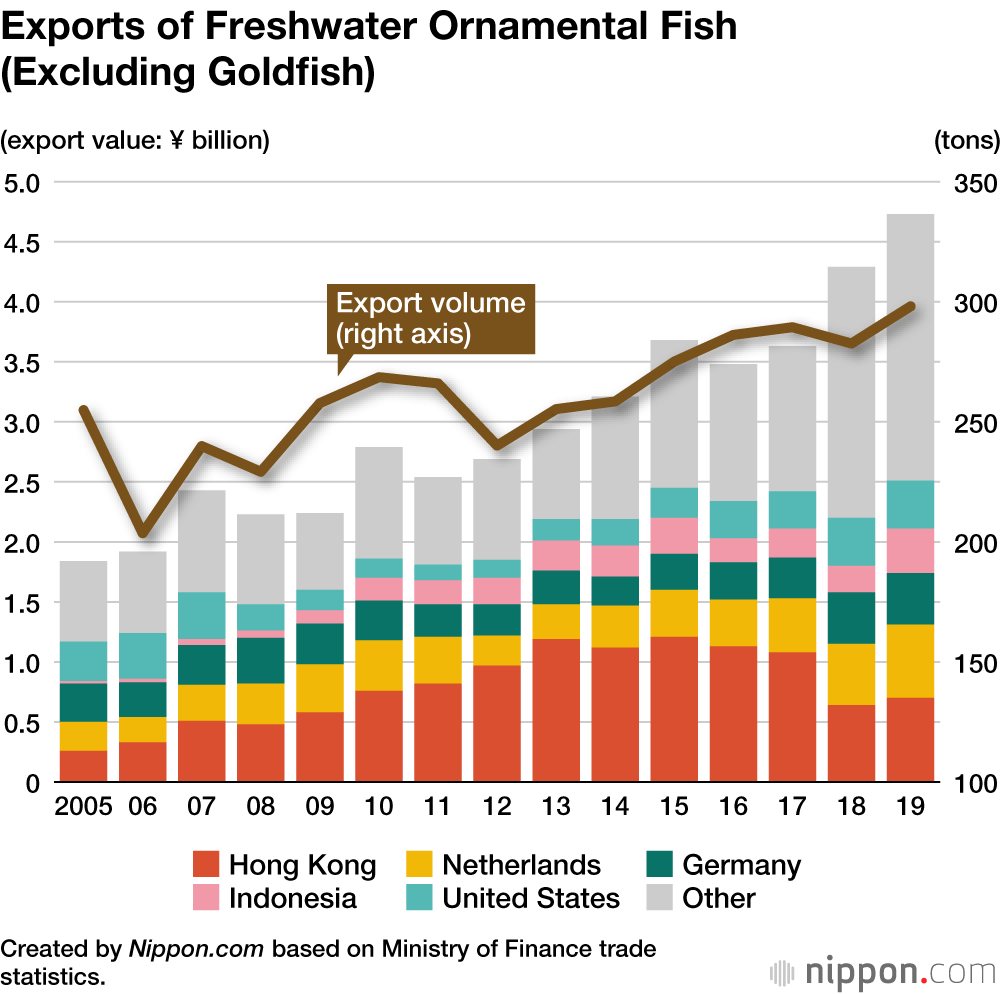 According to industry groups, about 80% of purchasers are foreigners. With the spread of international popularity, the market price is on the rise and there are cases where auctions are made at a high price of 200 million yen per fish.

200 million yen is an exceptionally high price, but it is not uncommon for wealthy foreigners to buy Nishikigoi, which won the competition recently, for tens of millions of yen. 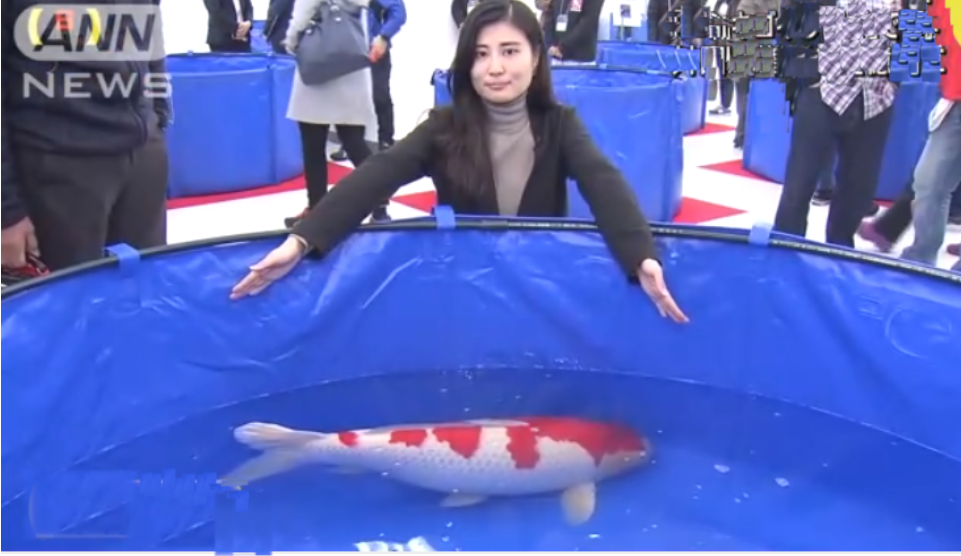 This carp was auctioned off by a wealthy Chinese for 200 million yen at Mihara-city, Hiroshima Prefecture on October, 2020.

At first glance, they look like very similar as they are ornamental fish, and it’s quite difficult to notice what’s difference but there is ・・・. 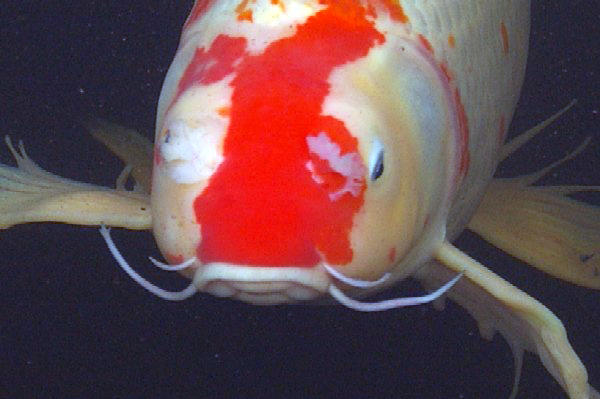 “Goldfish” … A freshwater fish belonging to the genus Crucian carp, with no mustache 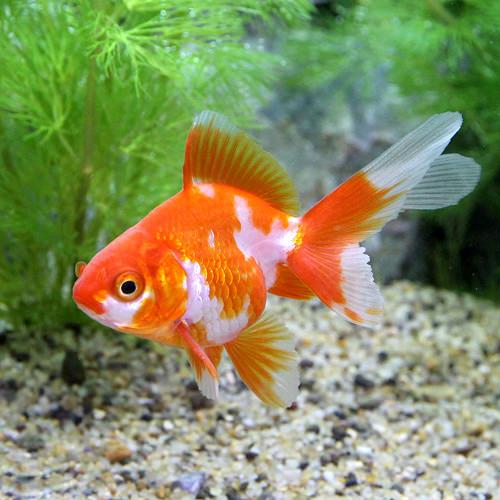 I hope these mutated fish, Nishiki Koi (Brocaded carp) would satisfy our human heart and boost our energy for tomorrow after tired of the corona pandemic all over the world. 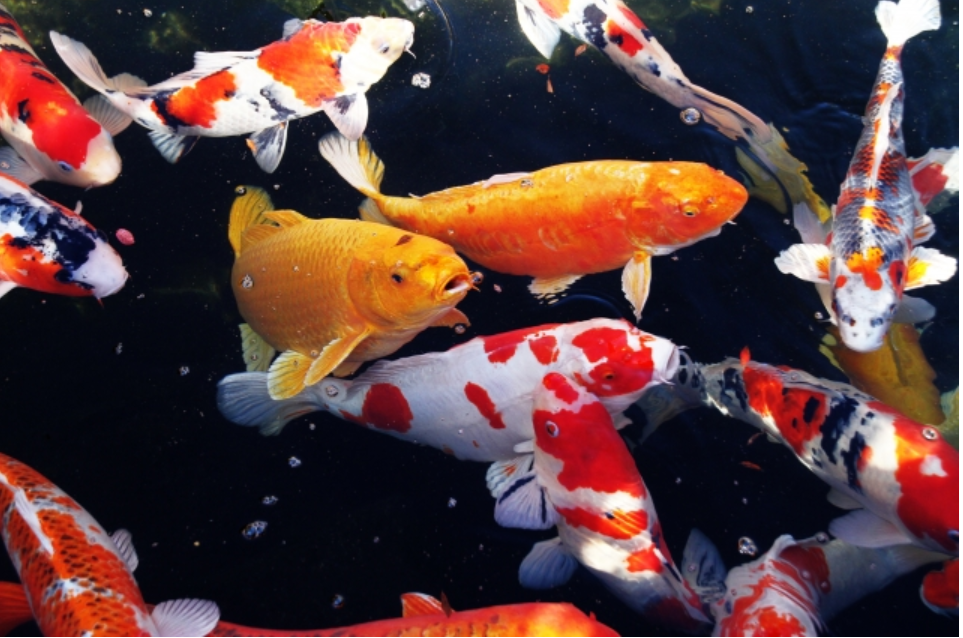 Finally, its video which is in Japanese though, you would see; thanks