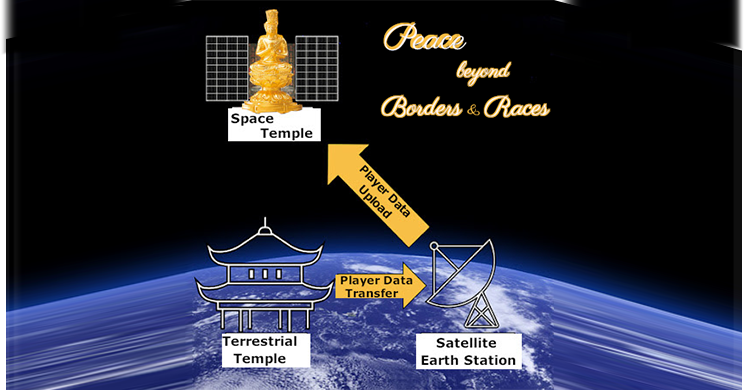 Hello everyone, how are you? Today’s theme, new initiatives for a space venture and a temple are now a hot topic.

A Japanese temple in Kyoto City is planning with a venture company to launch a “space temple,” a small satellite carrying a Buddha statuette in the hope of inviting world peace.

Daigoji Temple is listed as a UNESCO World Heritage Site. The temple and its partner Terra Space, a venture firm started by Kyoto University, held a Buddhist service on Monday to pray for the success of the project. 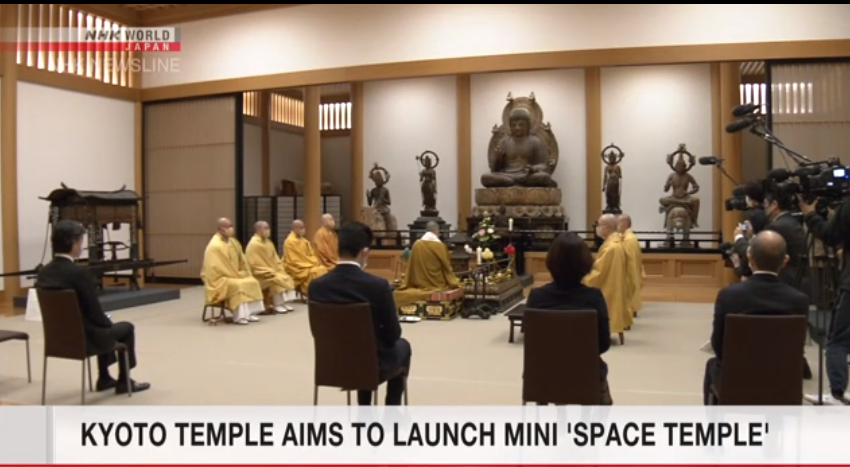 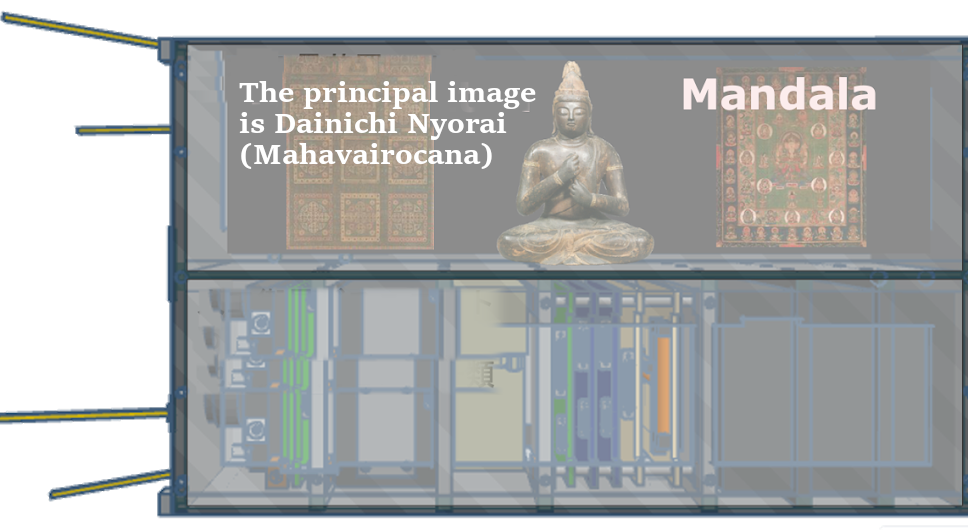 But they say they haven’t decided on which rocket to use for the launch or how to finance the project.

The plan is to equip the IoT satellite launched by Terraspace with the function of a temple in 2023, and to build a temple that holds the protective space on a low earth orbit at an altitude of 400 km to 500 km.

The name of the space temple is “Jotenin Gounji”, and it is equipped with the statue of Dainichi Nyorai and the mandala, which are the principal idols. 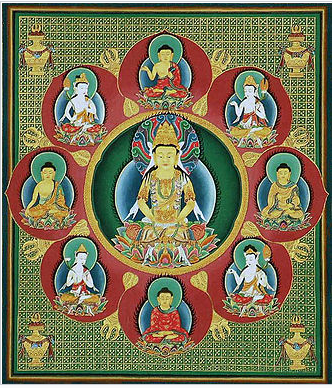 Dainichi Nyorai (center) and the mandala

It’s hard to say that temples are spinning around the earth, but in reality, temples are closely related to the universe.

Mandala is a visualization of the view of the universe, and Buddhism and the universe are very close,” said Waguri Planning Office Director of the National Temple and Shrine Tourism Association, says.

The location of the space temple will be confirmed in a timely manner using a smartphone app. In line with this, Daigoji will hold regular “Space Honors” to pray for the peace of the entire universe, including the earth, and the safety of human activities in the universe.

Organizers said at the service that well-wishers’ messages will be converted to digital data and sent to the satellite. They also said the satellite’s location information will be sent to smartphones.

A senior Daigoji official said the world has neither borders nor races when it’s seen from space. He expressed hope that the space temple will be a place where diverse people will share their prayers.

In the present age when commercial space travel is about to become a reality, space may also need a place of mind.

The project also aims to build a communications network that could be used to help other temples in remote mountainous areas with disaster prevention preparedness.

Describing the motivations behind the project, Junei Nakada, 56, executive manager of Daigoji, said, “We thought it was necessary to have a temple that could transcend region, race, and religion to pray for world peace and security from the bigger perspective available in space.

A UNESCO World Heritage Site located in southeastern Kyoto, Daigo-ji is a Shingon Buddhist temple with over 1,100 years of history.

One of the biggest attraction; autumnal folliage with light-up

The sprawling complex starts at the top of a mountain and spreads downward, composed of Lower (Shimo-Daigo) and Upper (Kami-Daigo) sections.

Multiple buildings and treasures of the temple are designated as National Treasures and Cultural Assets, including the wooden statue of the temple’s main object of worship, Yakushi Nyorai (the Medicine Buddha). 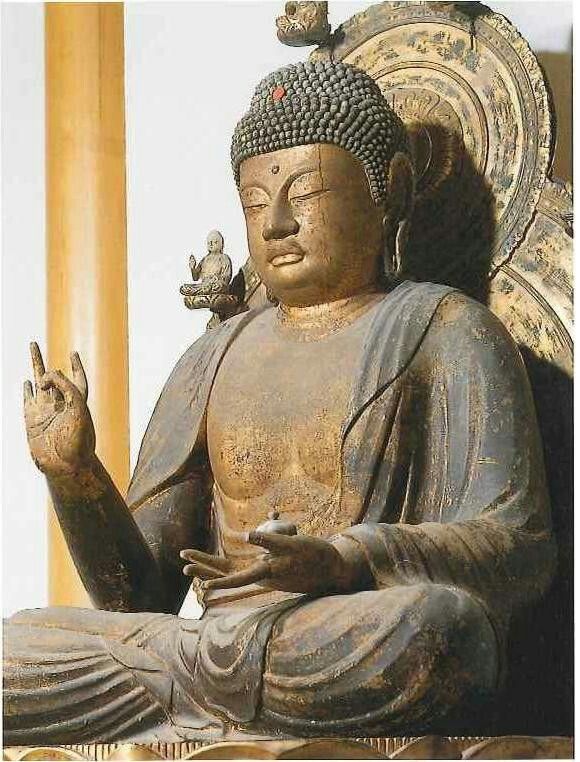 The path leading from the entrance gate up through the temple’s two-storied Niōmon Gate is lined with cherry blossoms and then maple trees, making the area famous in spring and fall.

Once inside the Lower Daigo area, don’t miss the famous five-storied pagoda, the oldest wooden structure that has written proof of age in Kyoto. 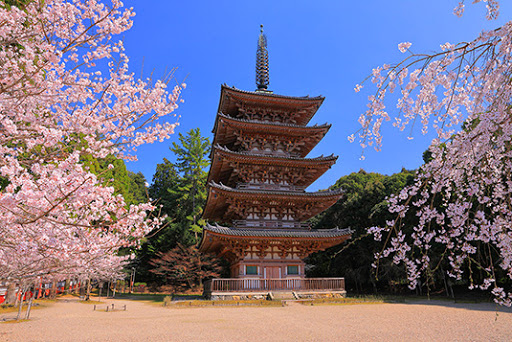 Last but not least, Junei Nakada, 56, executive manager of Daigoji, said once more,

「The world seen from space has no borders or races. If the space temple becomes a place where we can strongly feel that we are alive in nature.」

Let’s look up at the sky and worship for world peace with you.

In the end, one of other biggest attractive temple in Kyoto is “Kinkakuji(The Temple of the Golden Pavilion)“, which will be well-worth a visit, thanks