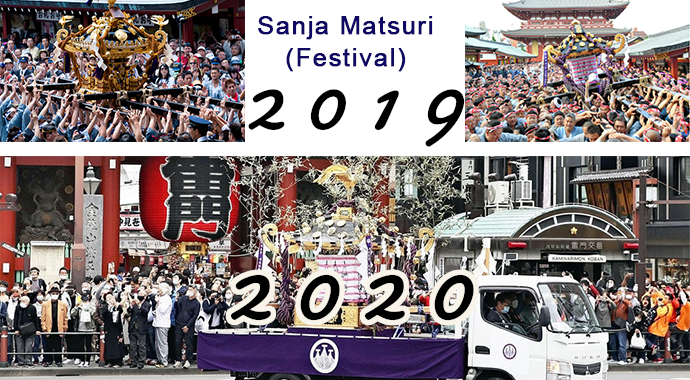 On 17 and 18 October, 2020, Sanja Matsuri (Festival) was held in downtown Tokyo, after being postponed for five months due to the effects of the novel coronavirus pandemic.

Hello how are you doing? Today’s topic is Sanja Matsuri (Festival), literally (Three Shrine Festival), is one of the three great Shinto festivals in Tokyo. 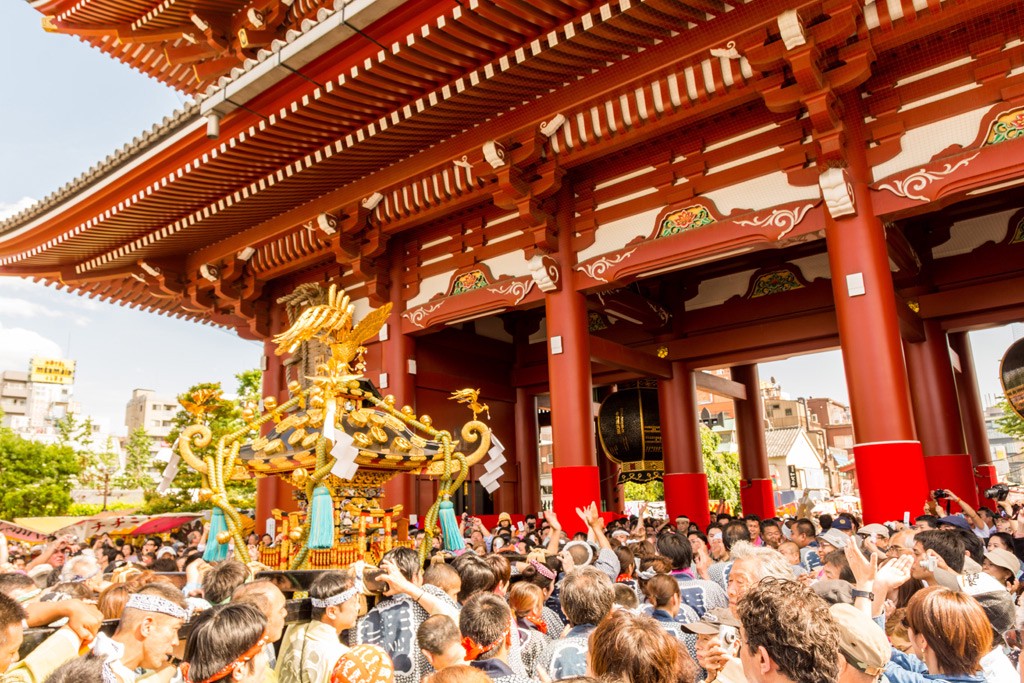 It also is considered one of the wildest and largest festival in Japan, however, this year 2020 was quite different from these festivals held in the past for the long period of time.

First, why is Sanja Matsuri so popular?

Each year on the third weekend of May, Asakusa Tokyo becomes one of the largest and craziest festivals in all of Japan.

Fro 3 days the streets of Asakusa become flooded with people. The sounds of chanting, whistles and taiko drums can be heard throughout the city.

Each yearsees about 2 million locals and tourists alike come participate in the festivities.

The Sanja Matsuri features about one hundred portable shrines (Mikoshi) in which Shinto deities (kami-sama) are symbolically place into and paraded about the streets to bring good fortune to the local businesses and residents. 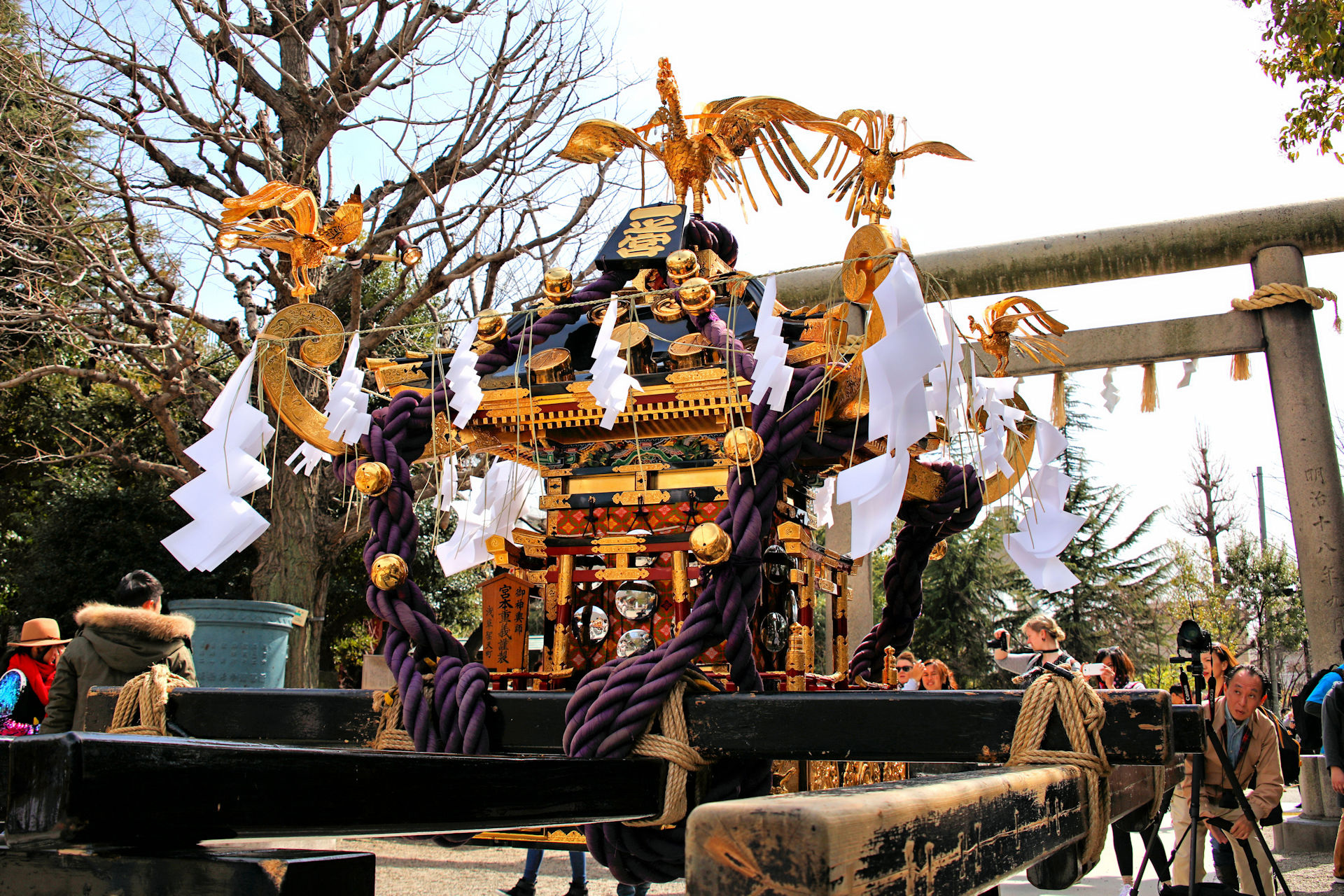 While the focus of the festival belongs to the three large mikoshi belonging to Asakusa Shrine, they don’t make their appearance until the final day on Sunday.

For th entirety of th festival, Asakusa is packed with food stalls, festival games and revelers amid a lively atmosphere of Japanese drums and flutes its truly an incredible experience. 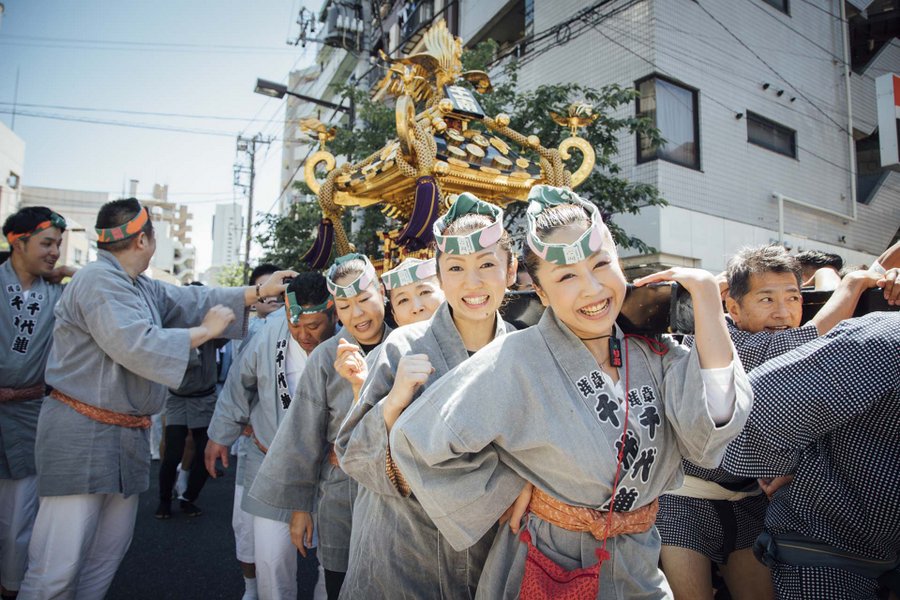 Like many Japanese festivals, Sanja Matsuri is a religious celebration. It is a weekend-long Shinto festival that is dedicated to the Kami(god) of three men.

It is believed that two fishermen brothers found a statue of the Bodhisativa Kannon caught in fishing net in the Sumida River on the early morning of 628 AD.

The third man heard about the discovery, approached the brothers and converted them to Buddhism.

The three men then devoted their lives to the Buddhist faith and consecrated the statue in a small temple.

The temple, now known as the Senso-ji, currently houses the Kannon statue and is the oldest temple in Tokyo.

Each year the festival brings out the three large Mikoshi to remember this event.

In the climax of the festival of last year

Make sure to check out the video took last year below (next paragraph) to check out a small sample of the craziness that is Sanja Matsuri which is attracted by many participants and viewers from all over the world.

What was different in Sanja Matsuri 2020?

During the festival, which is usually held for three days, only one of the three portable shrines belonging to the Asakusa Shrine was mounted on a truck and paraded the area led by another truck carrying traditional Japanese instruments including drums that were played to liven up the event. 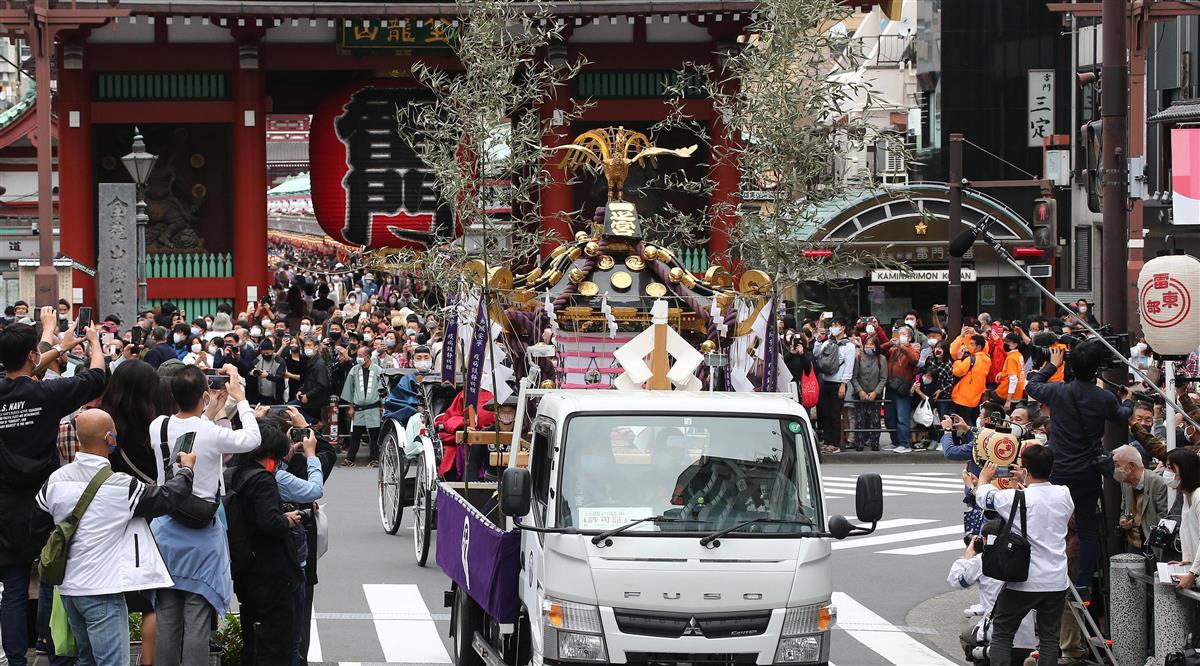 Many people gathered at the famed Kaminarimon gate and other places along the parade route to take a look at the festival, which had completely changed from normal years.

Kunio Iijima, a 58-year-old member of the Asakusa Shrine support association, said, “Sanja Matsuri is a festival with about 700 years of history. 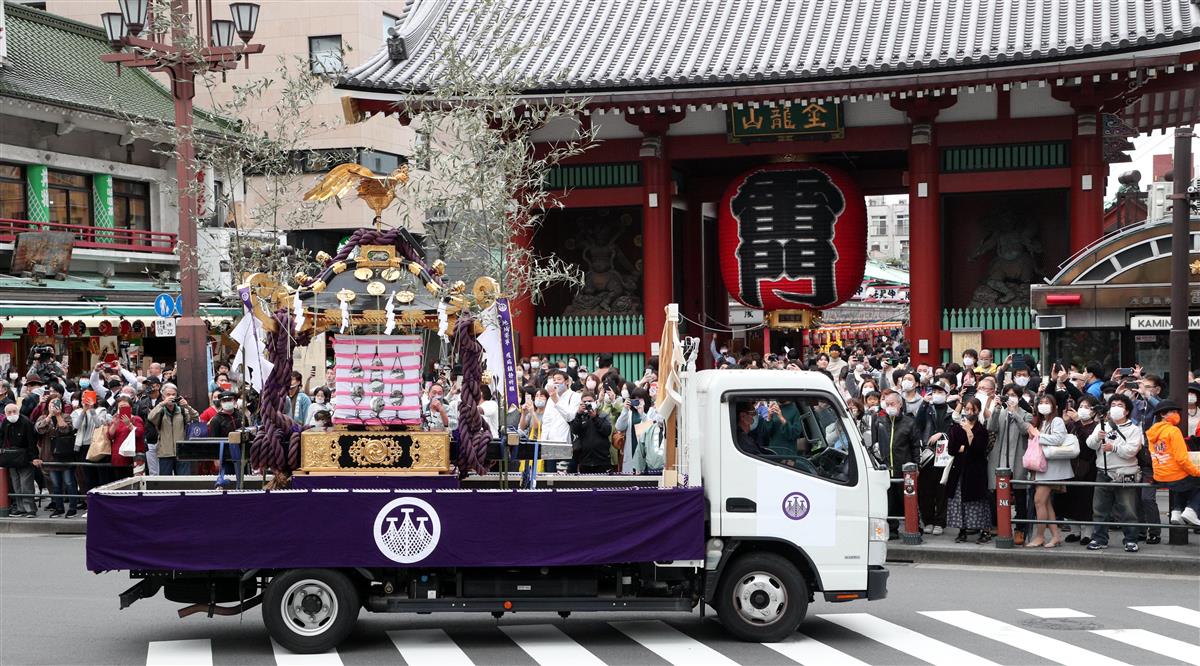 We thought about how to overcome the coronavirus crisis and keep the event going, and we’re looking forward to seeing you in a boiterous event of the next Sanja Matsuri Festival, see you!

Finally, you enjoy seeing and feeling like you would join the festival in the video,

For further detailed story of the festival, “Sanja Matsuri” which is well worth visiting, thanks