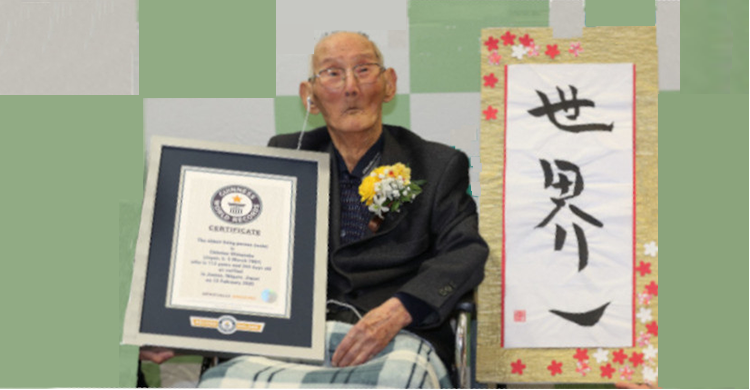 Hi everyone, how are you? A 112-year-old Japanese who has been recognized as the world’s oldest living man cited “laughter”, “lol” Wednesday (on Feb12, 2020) as the secret to his longevity that is the today’s topic.

I, as one of Japanese citizen, am happy to announce that Mr.Chitetsu Watanabe born March 5, 1907, 112 years old and he will be 113 in another three weeks or so.

Mr.Watanabe from Niigata-ken(prefecture) is the world’s oldest verified living male person following the death of 113-year-old Shōzo Nonaka on January 2019.

The secret of longevity is to laugh

He worked in Taiwan. After the war, he returned to Japan with his family, worked as a civil servant in Niigata Prefecture, and also served as a member of Urakawaharamura (village). 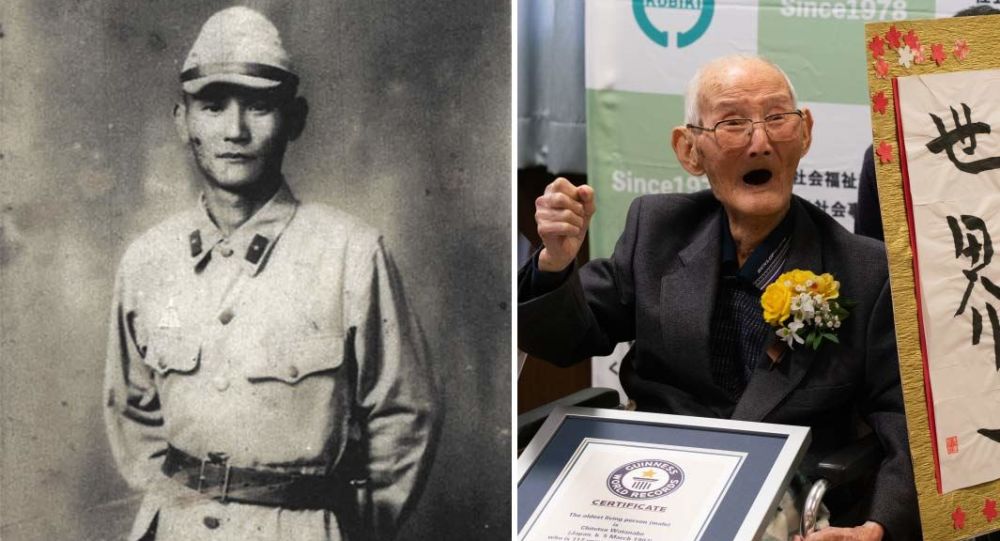 After retiring, he enjoyed bonsai and other hobbies while engaged in agriculture.

He lived with her son’s family until 2015 (Heisei 27), but after being infected with the influenza in the same year, he entered a health care facility for the aged, “Hokura no Sato,” in the same ward.

Other than hard food, he can eat it by himself, and read newspapers every day. The secret of longevity is “he doesn’ get angry” and is always laughing”

The record was approved by gerontology research group (GRG) on June 1 of the same year. 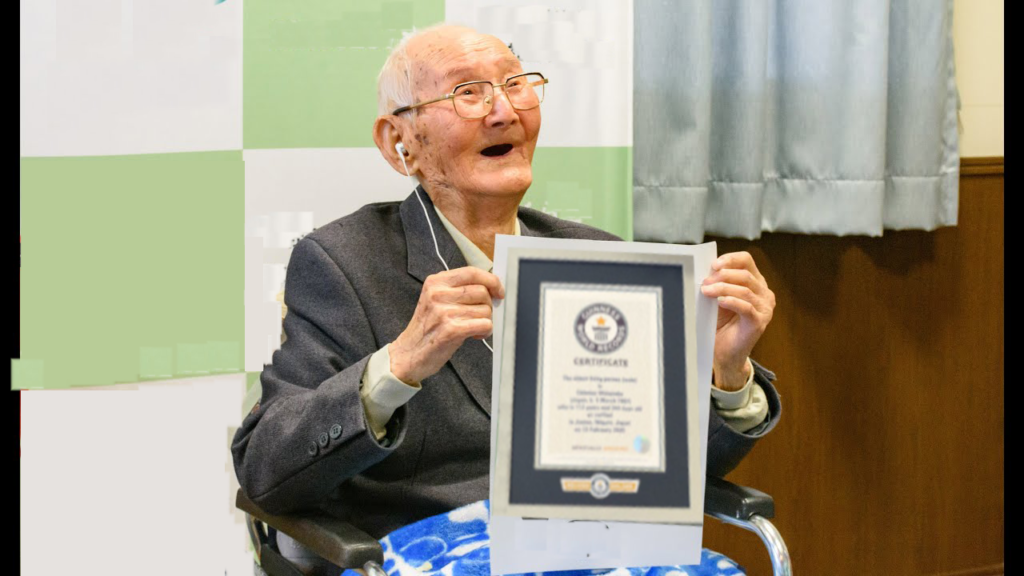 He pumped his fist as he was handed a certificate by a Guinness World Records official at the nursing home in Joetsu, Niigata Prefecture, where he resides. He is in good health, according to the facility.

“I look up to my father, no matter his age,” said Watanabe’s daughter Teruko Takahashi, 78.

As for the world’s longest male life expectancy, gustav Gernate, who was born in Germany on October 15, 1905, died on October 21, 2019 without the longevity record being recognized by the GRG and Guinness Book of Records.

On February 12, 2020, Guinness World Records awarded the certificate to be the world’s oldest man alive.

GRG is a global group of researchers in various fields that verifies and tracks supercentenarians, or people who are at least 110 years old in a list of the verified oldest people.

The group also aims to further gerontology research with a goal of reversing or slowing aging.

It was founded in 1990 by L. Stephen Coles and Stephen M. Kaye after the two met at a conference, according to Coles.

The original chapter of the GRG, the LA-GRG, holds meetings each month but the organization has members worldwide who meet via online forums.

A supercentenarian (sometimes hyphenated as super-centenarian) is someone who has lived to or surpassed their 100th birthday. This age is achieved by about one in 1,000 centenarians.

In 2003, the Gerontology Research Group estimated that there were 300–450 living supercentenarians in the world (an estimate not updated as of 2017), while they had validated approximately 40. Adding those mentioned in other sources results in over 100 incidences.

A study conducted in 2010 by the Max Planck Institute for Demographic Research found 663 validated supercentenarians, living and dead, and showed that the countries with the highest total number (not frequency) of supercentenarians (in decreasing order) were the United States, Japan, England plus Wales, France, and Italy.

The first verified supercentenarian in human history was Dutchman Geert Adriaans Boomgaard (1788-1899), and it was not until the 1980s that the oldest verified age surpassed 115.

Research on the morbidity of supercentenarians has found that they remain free of major age-related diseases (e.g., stroke, cardiovascular disease, dementia, cancer, Parkinson’s disease, and diabetes) until the very end of life when they die of exhaustion of organ reserve, which is the ability to return organ function to homeostasis.

We have “Supercentenarian, Ms Kane Tanaka 116, World’s Oldest Living Person by Guinness World Records” being well worth browsing, thanks

Well, last but not least, if you wish longer life with good health, 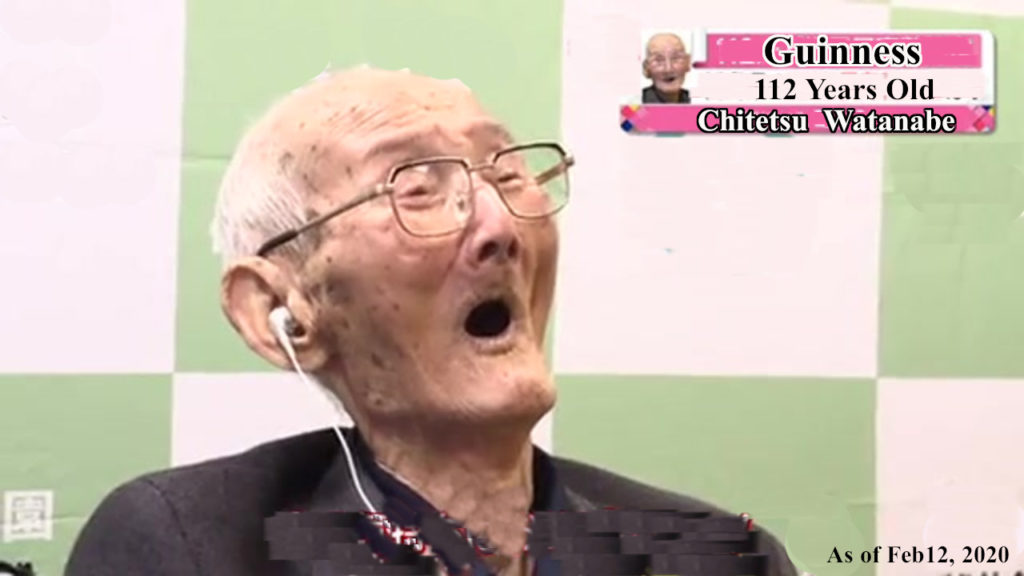