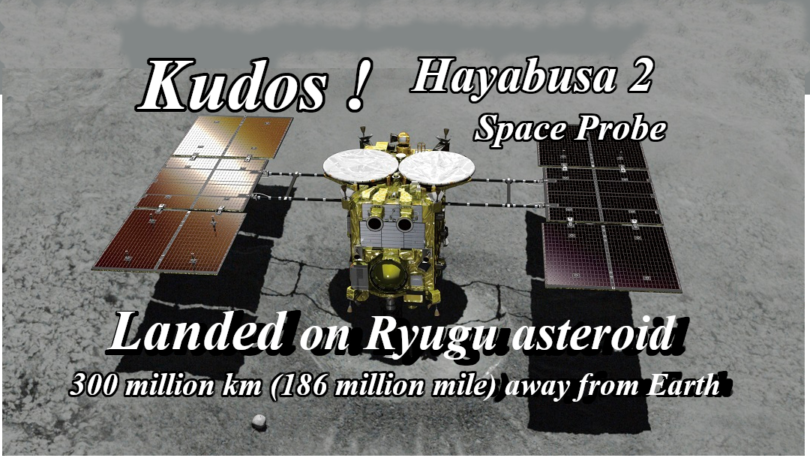 Hi Messrs. ＆ Mses. Japanophiles.  how are you going? I couldn’t help give a round of applause when watching a TV broadcasting Japan’s space probe named “Hayabusa 2(No.1) ” successfully landed on the asteroid “Ryugu” on Feb. 22, 2019.

What we surprised most is that the probe has traveled in the space for a little over 4 years as after its launch in December 2014.

And Hayabusa 2 flew around the sun and toward Ryugu, for what would be a total journey of about 3 billion km (1.8 billion miles).

Another great astonishment is Hayabusa 2 touched down exactly on a spot with a radius of 3 meters of rocky place of Ryugu asteroid.

The probe conducted the landing through autonomous control because of transmission difficulties, given that the probe is at an asteroid about 340 million km from Earth.

This is not an exaggeration to say that it’s just like landing on a pitcher’s mound in a baseball stadium from 20 kilometers above. 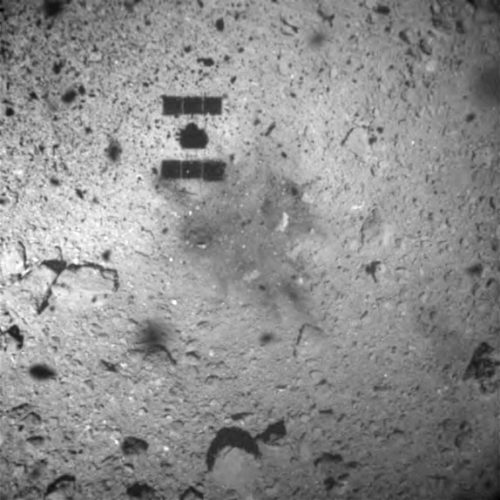 The Hayabusa 2 space probe after landing on the Ryugu asteroid, in this handout image released by Japan’s space agency. The picture was taken by its ONC-W1 camera. Photograph: Japan Aerospace Exploration Agency (JAXA)/Reuters

What’s the purpose of Hayabusa 2(No.1) on the asteroid?

A probe launched by JAXA to examine the Ryugu asteroid, for clues about the origin of life and the solar system successfully landed on the space rock, scientists said.

Data from the Hayabusa2 probe showed changes in speed and direction, indicating it had touched down on the asteroid and was blasting back to its orbiting position, according to JAXA.

Initially, the probe was to attempt a landing in October 2018 after reaching the asteroid four months earlier.

However, the surface of Ryugu was found to be covered with rocks as large as 60 centimeters in height, forcing JAXA scientists to reconsider their landing spot and guidance procedure.

About 50 members of the operation team and some 20 other people who were monitoring the developments Friday morning at JAXA’s control room, in Sagamihara, Kanagawa Prefecture, erupted in joy when signals arrived confirming Hayabusa2 had landed and fired a projectile, pumping their fists, clapping and hugging. 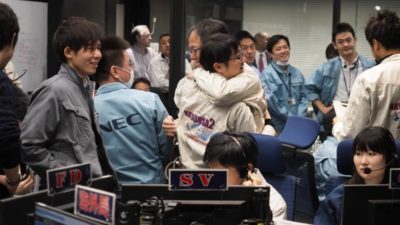 “Today, the hand of humankind has reached a new starlet,” said Hayabusa2 Project Manager Yuichi Tsuda, an associate professor at JAXA’s Institute of Space and Astronautical Science, at a news conference. “The touchdown was in the best conditions, and as desired.”

The asteroid is thought to contain relatively large amounts of organic matter and water from some 4.6 billion years ago, when the solar system was born.

After landing, the probe was set to return to its orbit around Ryugu, with further touchdowns planned for later in the year.

Hayabusa2 will eventually fire an “impactor” to blast out material from underneath Ryugu’s surface, allowing the collection of “fresh” materials unexposed to millennia of wind and radiation.

Scientists hope those samples may provide answers to some fundamental questions about life and the universe, including whether elements from space helped give rise to life on Earth.

Communication with Hayabusa2 is impossible at times because its antennas are not always pointed toward Earth.

The mission has not been completely plain sailing, and the probe’s landing was originally scheduled for last year.

That was pushed back after surveys found the asteroid’s surface was more rugged than initially thought, forcing JAXA to take more time to find a suitable landing site.

The Hayabusa2 mission, with a price tag of around ¥30 billion ($270 million), was launched in December 2014 and is scheduled to return to Earth with its samples in 2020.

About Ryugu — which means “dragon palace” in Japanese and refers to a castle at the bottom of the ocean in an ancient Japanese tale — show an asteroid shaped a bit like a spinning top, with a rough surface.

Hayabusa2 observes the surface of the asteroid with its camera and sensing equipment but has also dispatched two tiny Minerva-II rover robots, as well as the French-German robot Mascot, to help surface observation.

Scientists are already receiving data from those probes deployed on the surface of the asteroid.

The 10 kilogram (22 lb.) observation robot Mascot is loaded with sensors and can take images at multiple wavelengths, investigate minerals with a microscope, gauge surface temperatures and measure magnetic fields. 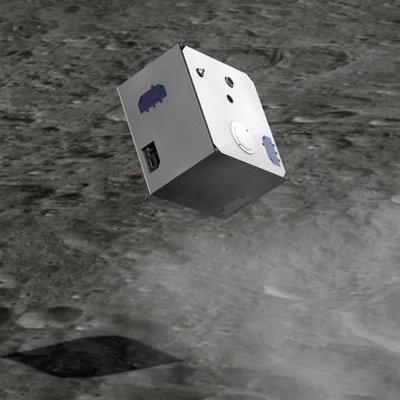 At about the size of a large fridge, Hayabusa2 is equipped with solar panels and is the successor to JAXA’s first asteroid explorer, Hayabusa — which is Japanese for falcon.

The successful first-attempt landing is a far cry from the mission of the original Hayabusa, which ran into a number of problems before finally bringing back samples from the Itokawa asteroid in 2010 after burning up when it re-entered Earth’s atmosphere.

That probe returned from a smaller, potato-shaped asteroid in 2010 with dust samples, despite various setbacks during its seven-year voyage, and was hailed as a scientific triumph.

Finally, we hope Hayabusa 2 will return to the Earth safely with valuable samples.

At the same time, I’d like to recommend you to browse “Hayabusa2(No.2) probe makes crater on asteroid in historic first” thanks