ホーム » Mt. Fuji from The The World’s 10 Most Beautiful Mountains 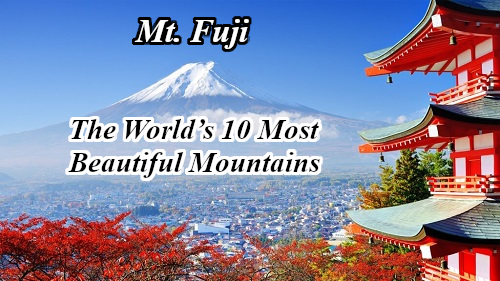 Hi、everyone、how are you?  Today’s subject is Beautiful Mountains in the world that would give your eyes a relaxing and healing inspirations.

Mt Fuji – Top of 10 Most Beautiful Mountains in the World

The Mount Fuji is the highest mountain which is one of “Cool Japan” and it situated on the Honshu Main Island in Japan. And Mt Fuji is worshiped by the people of Japan as the sacred mountain because of its perfectly-shaped volcano.

This magnificent cone shaped peak is regarded as a symbol of Japan. 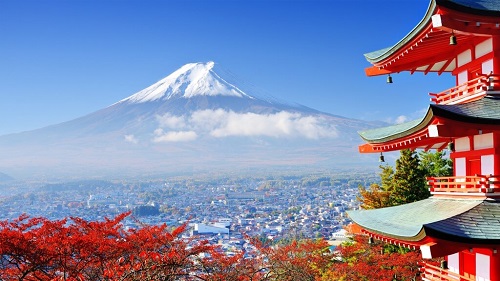 This is Japan’s highest mountain at 12388 feet (3,776 meters). Therefore it stands tall and one can see it from Yokohama and Tokyo on a clear day.

Climbing Mount Fuji is so famous among both Japanese and international tourists. It’s estimated that more than 200000 people climb Mount Fuji every year.

The climbing season starts in July and ends in August. Ascent to the summit of Mount Fuji is not so difficult, and view of the sunset from there is just incredible.

Here we summarize the most breathtaking mountains around the world. Some of them are for ordinary tourists, and some are only for advanced climbers!

When you think of an inspirational landscape, what comes to mind? Everyone has different preferences, but a lot of people will immediately think of mountaintops.

Height may be the primary factor for which mountains are known for. But, height alone can’t determine the beauty of a mountain. It depends on several factors such as shape or location.

Besides Mt. Fuji, let’s enjoy seeing other nine beautiful and stunning mountains in the world from the photos and a video. 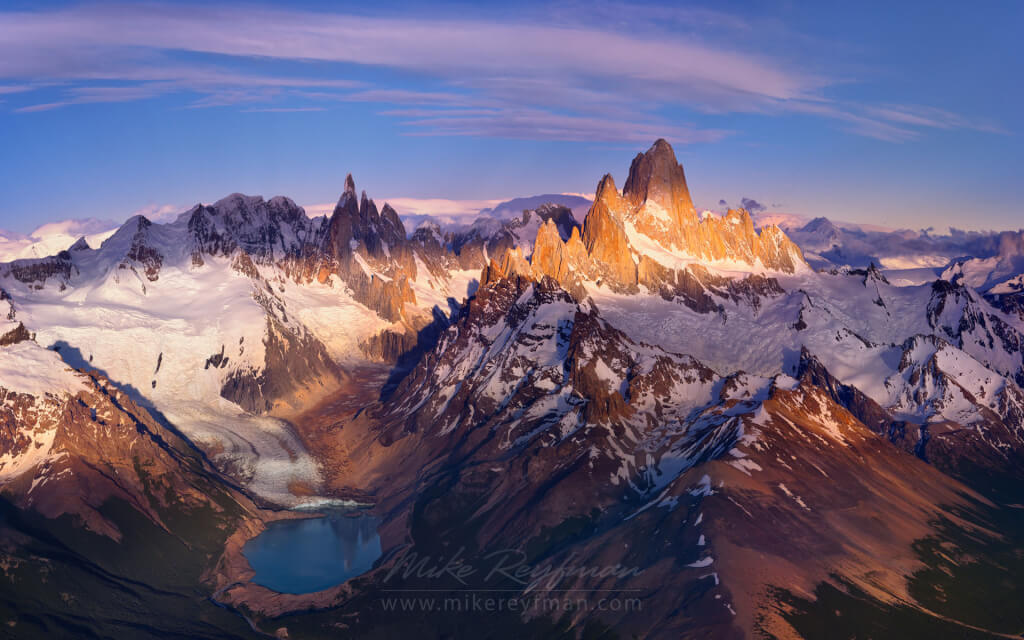 Cerro Torre has an elevation of 10262 feet. This mountain was used as a location in the popular movie, “Scream of Stone” in the year 1991. The mountain is known for its beauty and natural beauty.

It was first ascended by Cesare Maestri in the year 1959, accompanied with Toni Egger. Unfortunately, Toni Egger met a fatal death by the avalanche and with him, the photographs were also lost.

Cesare Maestri again went back to claim the mountain in the year 1970 and succeeded using a method, which is now popular as Compressor route. 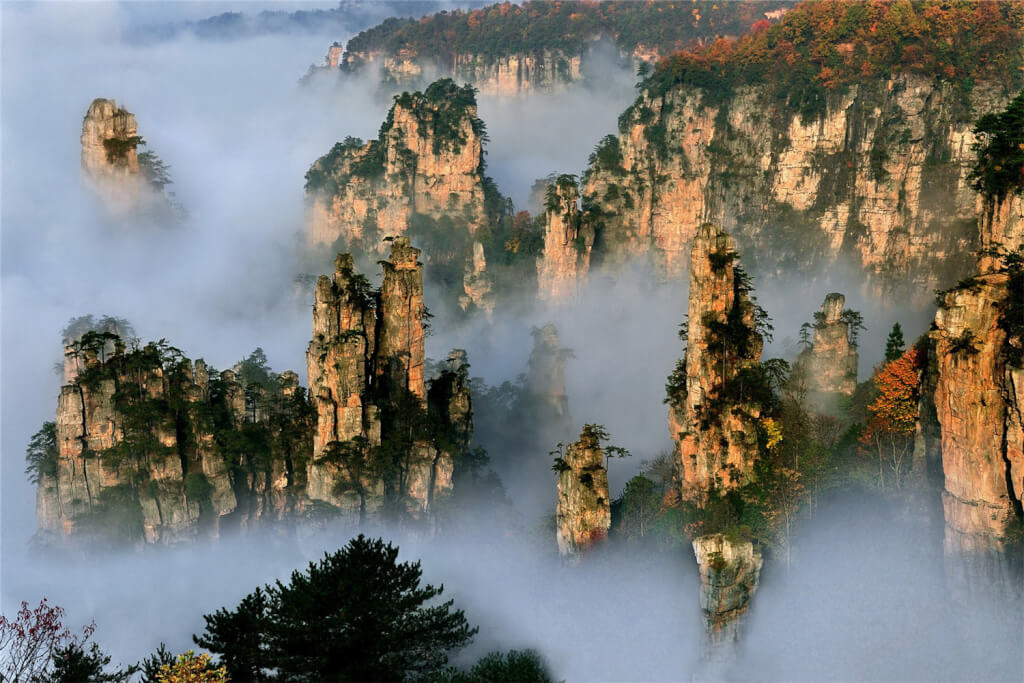 Zhangjiajie is located in northwest part of Hunan Province, China. It was designated a UNESCO World Heritage Site in 1992.

The three-character name Zhang-jia-jie comes from the name of a small village located within its bounds. It is famous for its precarious peaks, limpid streams, dense forests, and large karst caves.

Zhangjiajie glass bridgeZhangjiajie was thrust into foreigner travelers’ eyes after the movie Avatar. The Hallelujah Mountains in Avatar were inspired by Heavenly Pillar in Zhangjiajie National Forest Park.

The scenic spot is also the shooting place of Chinese classical masterpieces “Dream of the Red Chamber” and “Journey to the West”, and “The Chinese Ghost Buste” and “Monster Hunt”. 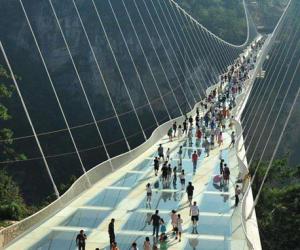 Late spring and summer are best times to go because you are very likely to see the seas of clouds. 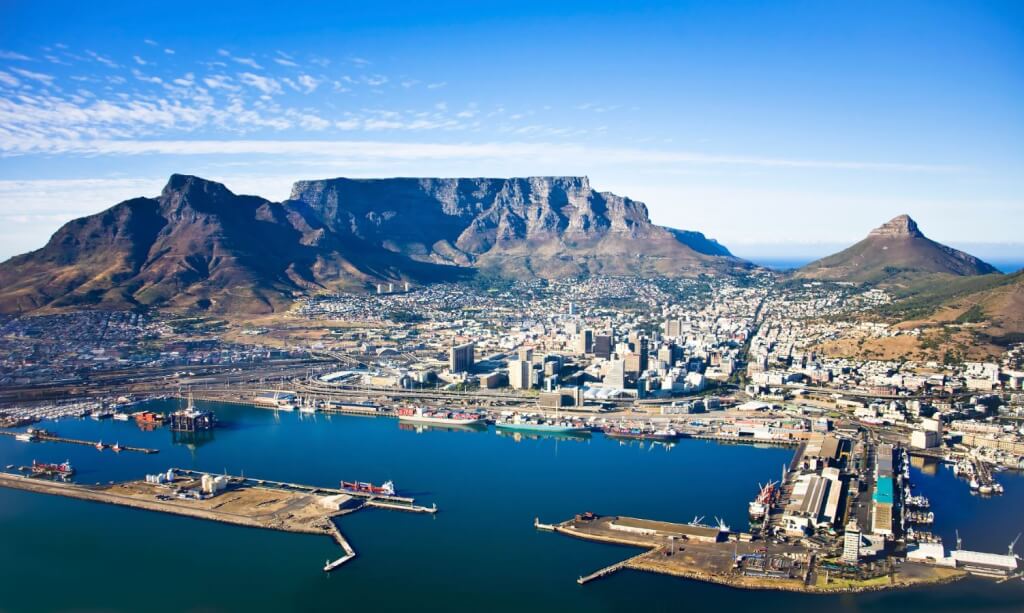 The Table Mountain is one flat-topped mountain, which is known for its beauty. The mountain forms one prominent landmark that overlooks the beautiful Cape Town.

The visitors come to do hiking and take a tour over it using cableway.

Most of the times, the top of the mountain is covered by clouds and that makes the view really beautiful.

Another main attraction of the Table Mountain is its level plateau that is approximately three kilometers from one side to another and is edged by the impressive cliffs. 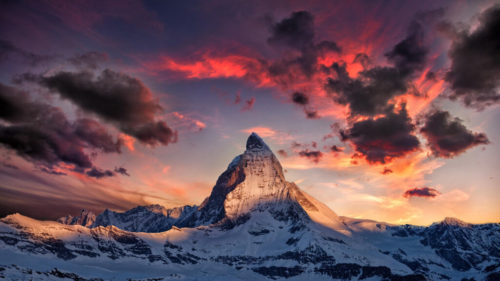 The summit of the Matterhorn Mountain is 14,692 feet high. Matterhorn is in the list of highest summits in Europe and the Alps.

This mountain is one huge & near-symmetrical pyramidal mountain. The Matterhorn is often called as “Mountain of Mountains”. This mountain has become one iconic and famous emblem of Swiss Alps & of the other Alps.

During the nineteenth century’s end, railway lines were constructed in this area and this mountain started getting more visitors & climbers.

The Matterhorn is actually an isolated mountain and because of the mountain’s position on main Alpine’s watershed & its huge height, there are frequent and rapid weather changes in the Matterhorn. 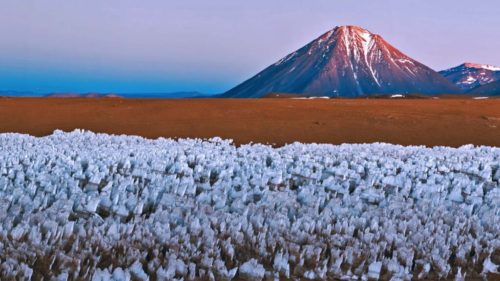 The Licancabur is a composite volcano situated on the border located between Chile and Bolivia. The Licancabur has one prominent 19409 feet high cone.

A 1300 feet summit crater that contain the Crater Lake called Licancabur Lake that is in the list of the world’s highest lakes, works as a cap that covers the volcano.

The climate of the Licancabur is very sunny, dry, and cold with a relatively high ultraviolet radiation levels.

The Atacameno people believe the Licancabur is a holy mountain. There were some archaeological sites found on the slopes of the mountain & in its Summit crater that was most probably one pre historic watchtower. 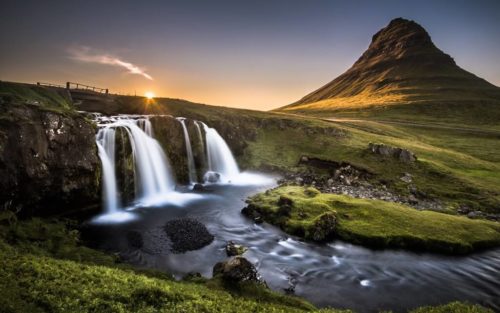 The Kirkjufell is a very beautiful mountain, which makes it favorite to many photographers. The mountain’s isolated position makes it one favorite place for photography for both seamen and tourists.

The mountain is surrounded by many beaches and has one wonderful walking trail. This can also be a perfect place for those climbers who love challenges.

The Kirkjufell can be seen projecting out into the sea and that makes it even more beautiful. 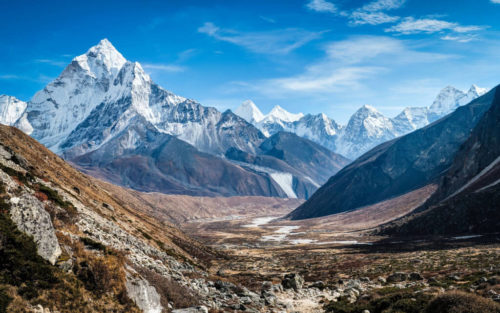 This is the mountain situated in the range of Himalaya of the eastern Nepal. Ama Dablam‘s primary peak is 22349 feet and the lower-eastern peak is 20243 feet. The name, Ama Dablam means Mother’s Necklace.

This beautiful mountain was climbed for the first time in the year 1961 by a team of mountaineers led by the legendary Edmund Hillary. 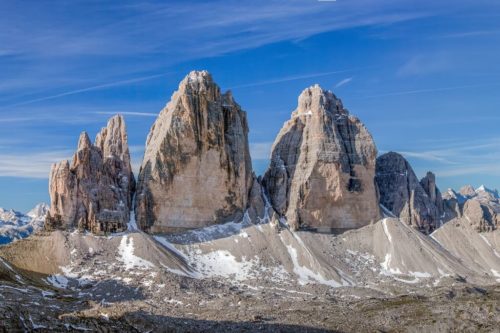 The three peaks are made of dolostones that are well-layered. The highest of the three peaks is the Cima Grande, which has the elevation of 9839 feet.

The Cima Grande is situated between Cima Piccola at 9373 feet, and Cima Ovest at 9754 feet. 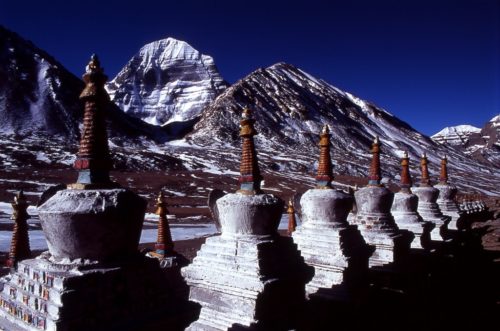 This holy mountain is situated near some of Asia’s longest rivers’ source; the Sutlej River, Karnali River, Indus River, and Brahmaputra River.

Pilgrims from different parts of the world come to visit Mount Kailash. The Pilgrims firmly believe that circumambulation around the Mount Kailash brings good fortune. Some pilgrims even complete the entire walk in one day.

The Mount Kailash is one of the most beautiful mountains of the world.

And enjoy browsing another site of Fuji-san ( Mt.Fuji ), the mother mountain to the Japanese,and “Beautiful sceneries of Mt.Fuji and light-up wisteria on New Year that would heal your heart“, thanks