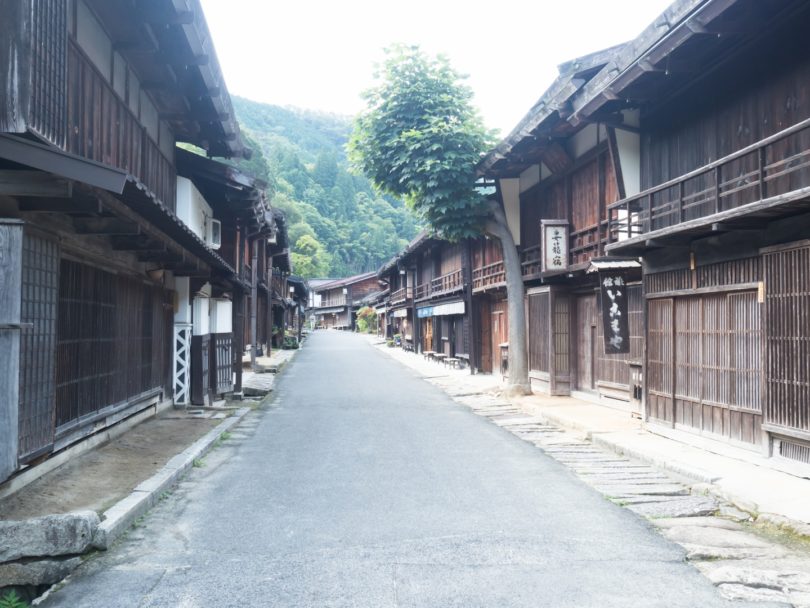 Ladies & Gentlemen, how are you?  I’d like to ask you what do you think of the picture above is?

I presume almost all viewers think that it is probably the place or location for movie.

Sorry to say that this place is not used as for movie, it was restored to typical old houses for tourists.

This is called Tsumago-juku(Inn), so let’s start about it.

Tsumago-juku was the forty-second of the sixty-nine post towns on the Nakasendō. It is located in Nagiso, Kiso District, Nagano Prefecture, Japan.

It has been restored to its appearance as an Edo-era post town and is now a popular tourist destination. 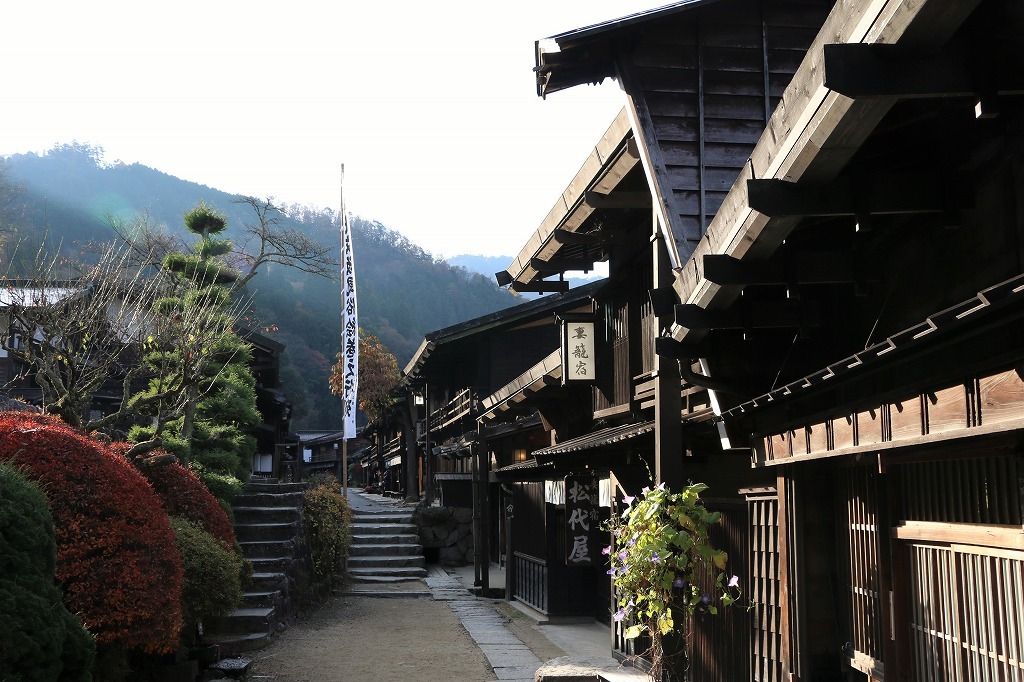 During the Edo period (about 400 years ago), Tsumago was the forty-second of the sixty-nine post towns, which connected Edo (present-day Tokyo) with Kyoto.

Prior to becoming part of the Nakasendō, it was the tenth of eleven stations along the Kisoji, a minor trade route running through the Kiso Valley. 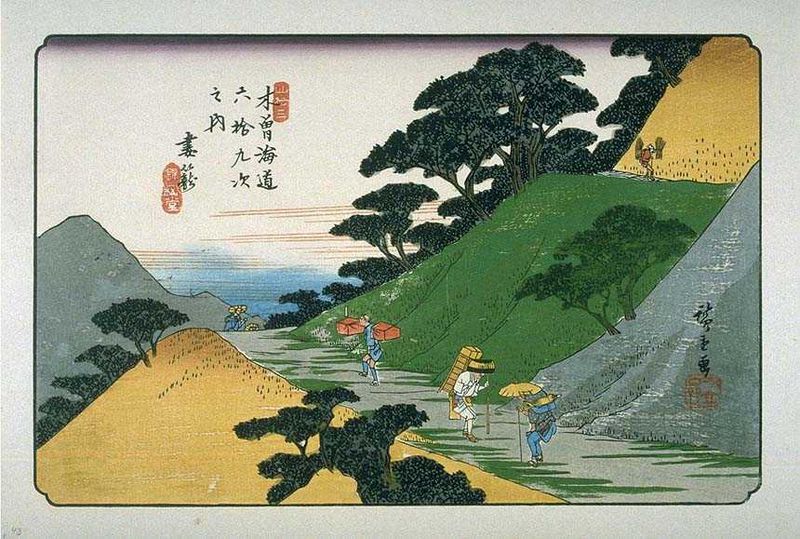 Hiroshige’s print of Tsumago-juku, part of The Sixty-nine Stations of the Kiso Kaido series

As such, it was a relatively prosperous and cosmopolitan town, with an economy based on currency.

It fell into obscurity and poverty, however, after the completion of the Chūō Main Line railway, which bypassed Tsumago.

In 1968, local residents began an effort to restore historical sites and structures within the town.

By 1971, some 20 houses had been restored, and a charter was agreed to the effect that no place in Tsumago should be “sold, hired out, or destroyed”.

In 1976, the town was designated by the Japanese government as a Nationally Designated Architectural Preservation Site.

Despite its historical appearance, however, Tsumago is fully inhabited, though with tourist shops as the town’s main business.

What does Tsumago-juku have attractions?

Tsumago contains a number of interesting properties, including former honjin and Okuya, the waki-honjin, are both open to visitors today.

The honjin, which was the main inn of the post town, was originally destroyed, but it was rebuilt in 1995. 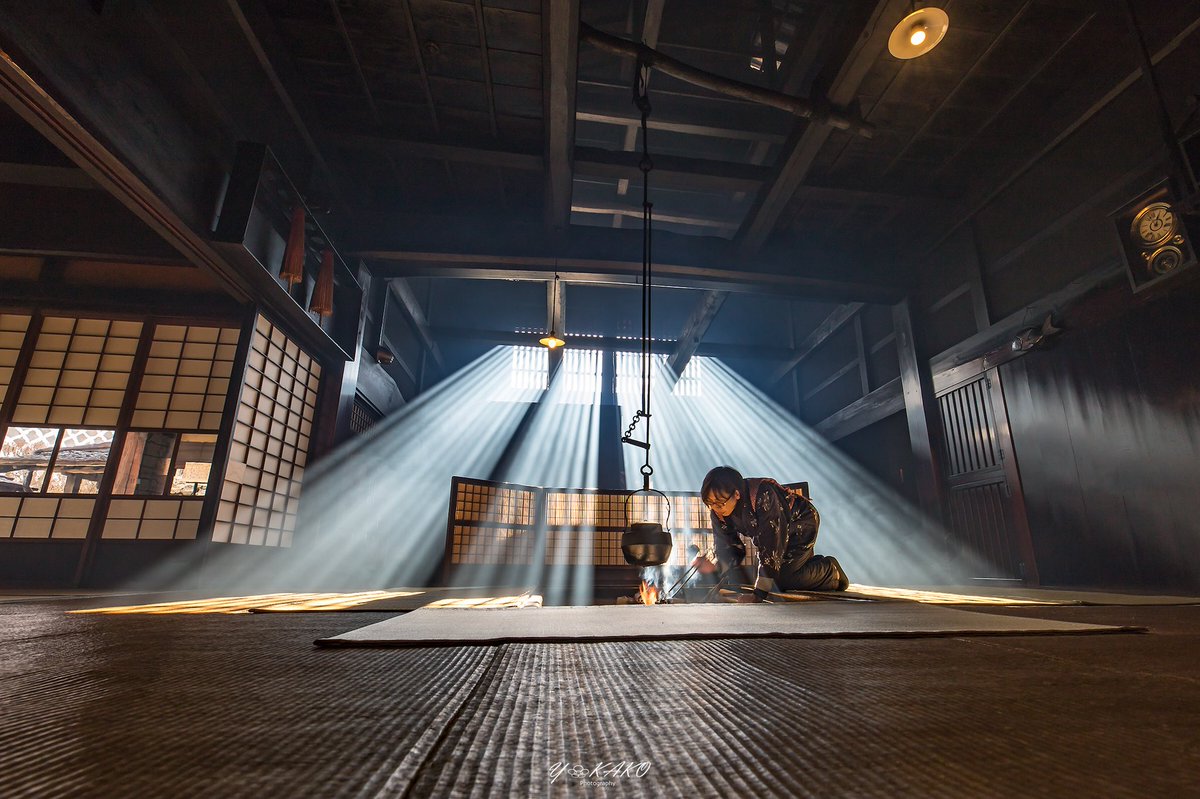 The original building of the waki-honjin, which was the secondary inn, however, still remains and was named an Important Cultural Property in 2001.

The Nagiso Museum of History contains information on the areas history, the preservation of row houses and data about row houses throughout the country. 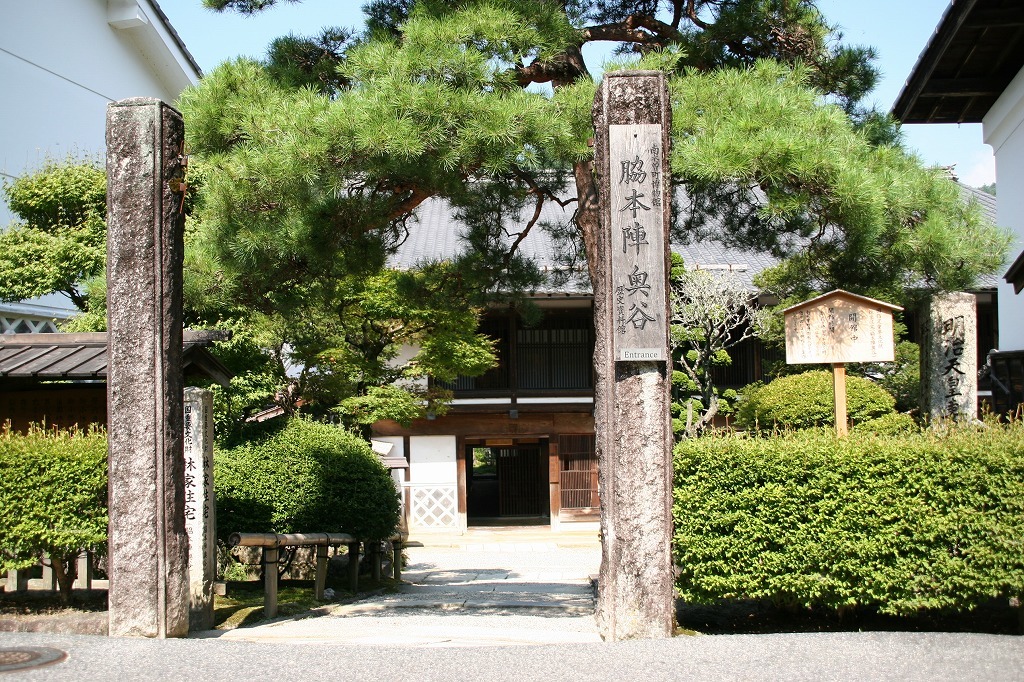 Kabuto Kannon Shrine is a small shrine dedicated to Minamoto no Yoshinaka, the “General of the Rising Sun,” who built a citadel at Tsumago. The shrine was built around 1180.

Tsumago Castle is nothing but a few ruins today. During the Edo period, however, its mountaintop location gave it wonderful views of both Tsumago-juku and Midono-juku.

It served as the site of a large battle in 1584 and was dismantled in the early 17th century, as a result of the Genna era’s “one country, one castle” rule.

Rurisan Kōtoku-ji Temple, with its white walls and stone base, rises one story above the area’s buildings.

Founded in 1500, its main deity was added in 1599, and is notable for its Nightingale floors and a 500-year-old weeping cherry tree out front.

Perhaps its most interesting aspect, however, is the restored row of houses along the former post road. Most were houses built for common people in the mid-18th century, with shops and inns for travelers along the Nakasendō.

A quiet portion of the original highway has been preserved between Tsumago and Magome, the next post town (also restored). It provides for a pleasant walk through the forests and past a waterfall. 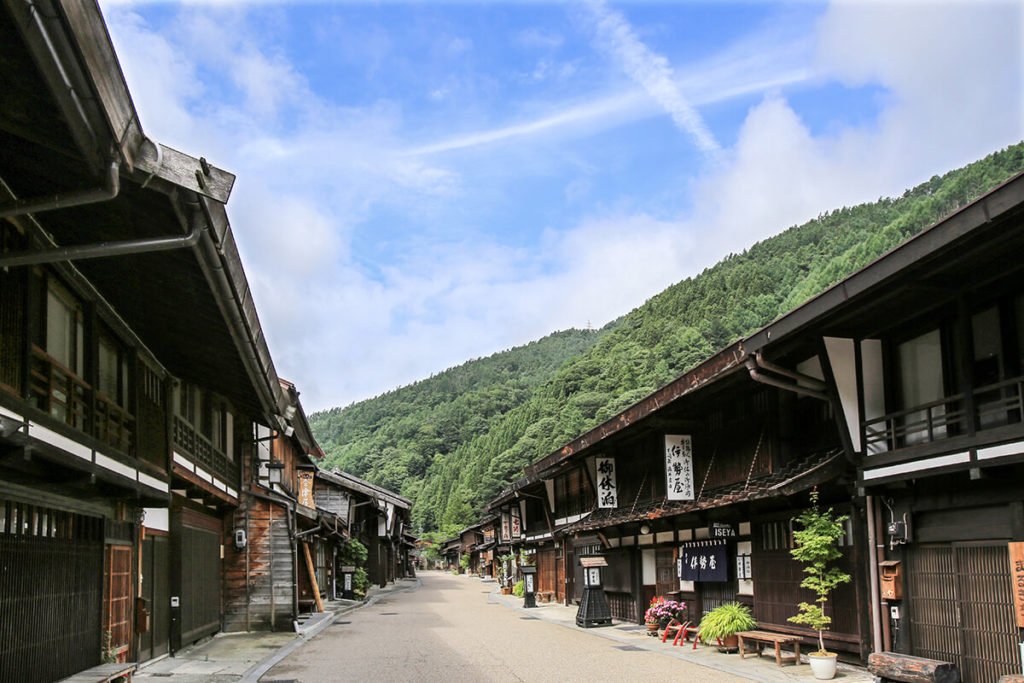 Also, so guests do not have to walk the path twice to return to the beginning of the hike, bus service is provided between the two ends of the road.

Tsumago sits at the south end of the Kiso District at the juncture of Routes 19 and 256. It can also be reached via a nearby railway station at the town of Nagiso on the Chūō Main Line. 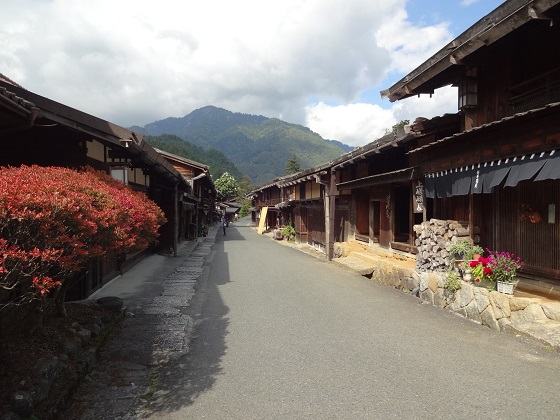 Waiting for your visiting us!

Last but not least, “Kakure Kirishitan(hidden Christian) sites registered at UNESCO” which you’ll find interesting, thanks