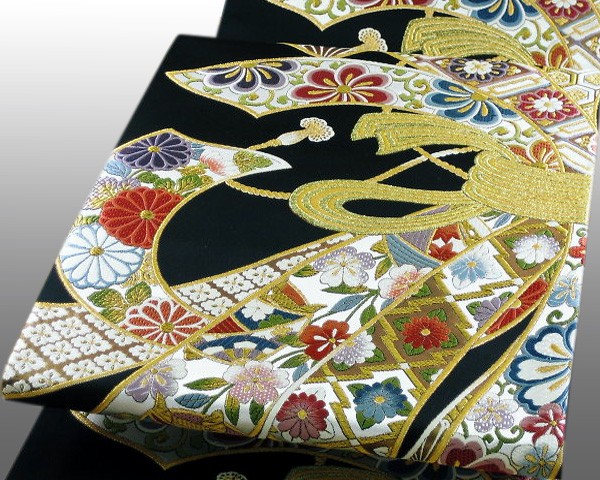 Hi Messrs. ＆ Mses. Japanophiles. how are you? Today’s theme is Nishijin-ori (brocade).

A kind of woven fabrics for clothings, obi (sash) in particular and many other items such as wallet and nectie and so on. Please enjoy weaving’s craftsmanship that has been long history.

The city of Kyoto is the birthplace of many traditional arts and crafts. They include the Nishijin-ori woven textiles that are widely used in the production of kimono and obi (sash). Nishijin-ori is designated as one of Japan’s Traditional Crafts. It employs a variety of different weaving styles. 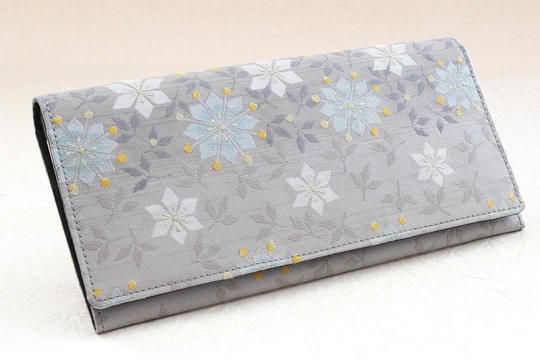 This kimono fabric was woven in the style known as Kara-ori, which means “Chinese weaving”. The technique originated in China, but was further refined in the Nishijin area of Kyoto and came to be used frequently for Noh theatre costumes.

This is a patterned damask called donsu. The elaborate way the warp and weft threads are interwoven produces beguiling motifs in the fabric. From around the 17th century, these textiles began to be used more widely for women’s clothing. 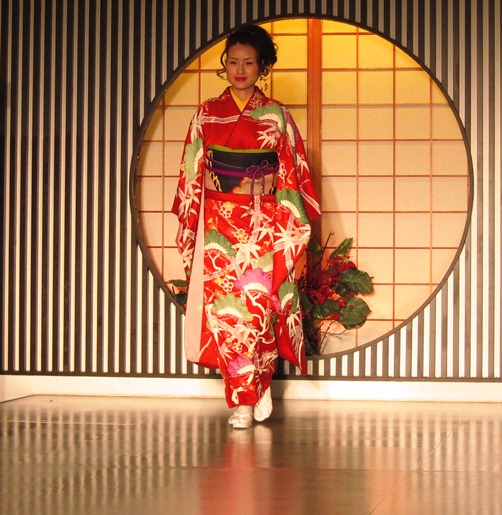 The name Nishijin-ori originates from the time of the Onin War, in the 15th century. For 10 years, warring factions of samurai split the capital into rival eastern and western sections. Nishijin, literally “the western camp”, was the main headquarters of the western forces. Because it was also the part of the city where the weavers were concentrated, textiles from this area came to be called Nishijin-ori.

To produce Nishijin-ori textiles requires more than 20 separate processes. First, a sketch is made for the outline of the fabric design. Dyeing the threads before they are woven is one of the fundamental features of Nishijin-ori. 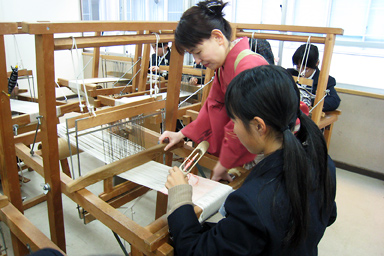 Because a countless number of different hues are created, it is possible to produce such beautiful designs with subtle colour gradations. Based on the design sketch, the dyed threads are woven to produce the fabric.

To weave a single bolt of kimono fabric takes a tremendous amoun of time. Sometimes it progresses at a rate of just one centimetre per day.

In this weaving method, the reverse side of the fabric is uppermost as the weaving is done, so the weaver has to use a mirror to inspect the progress. 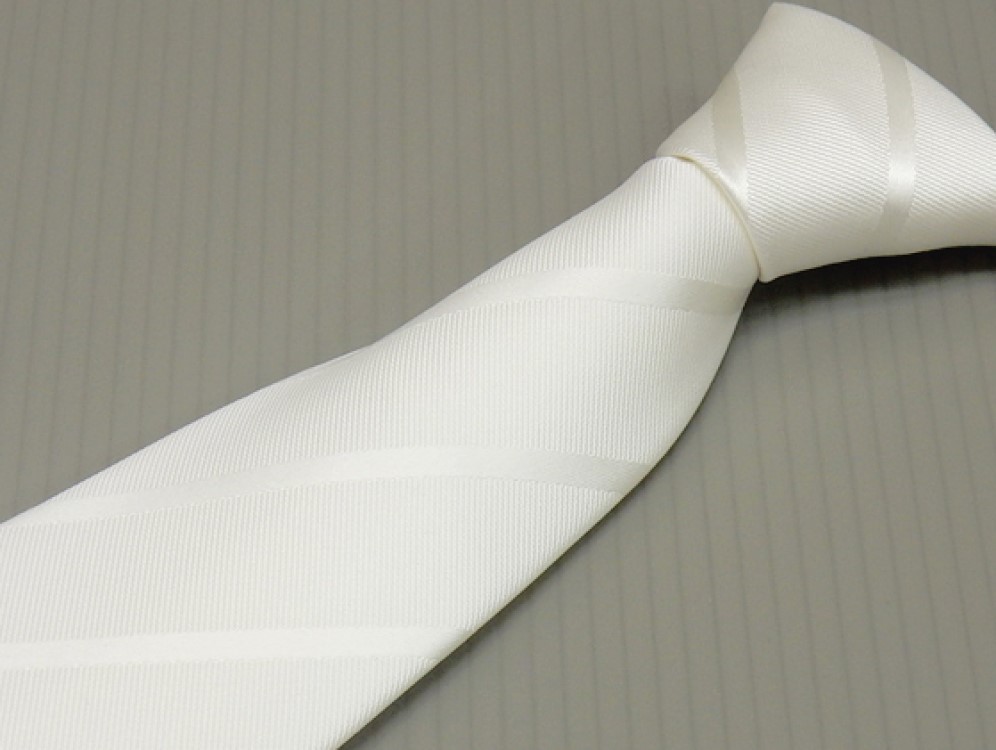 It is thanks to such superb workmanship that Nishijin-ori continues to flourish as a mainstream traditional textile craft.

In closing, here’s a video in which how to make Nishijin-ori to get more understanding it, please enjoy seeing it. 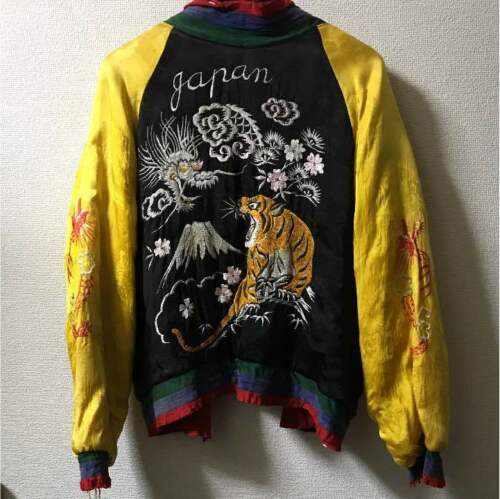