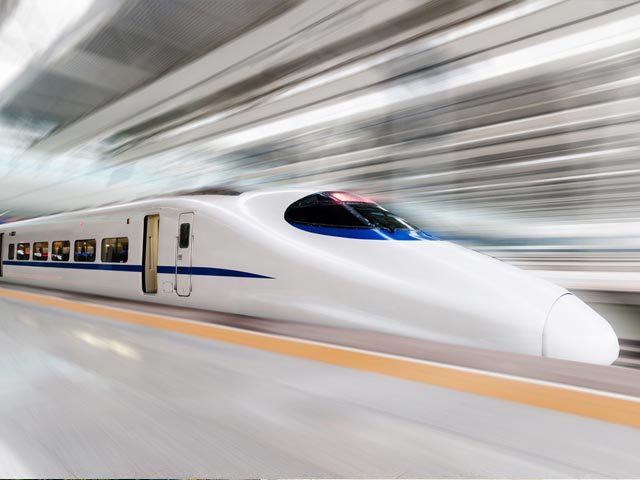 A Shinkansen (bullet train) whizzes by. These high-speed trains are the pride of Japan. With lines running across Hokkaido and Kyushu, the Shinkansen is a major transportation artery in Japan.

Hi  Messrs. ＆ Mses. Japanophiles.  how are you doing? Today’s theme; “Shinkansen” whose word and “Cool Japan” have been known around the world, hasn’t it?

Because Shinkansen has been made debut or gone into service in 1964 (the first Tokyo Olympic was held that year) the most proud thing is that there has never been a fatal accident in the last 55 years (as of 2019).

First, speed; when the Shinkansen first went into service, the trains were the fastest in the world, capable of 200 kilometres per hour. A little over half a century has passed since then, and faster trains have been developed.

Today’s Shinkansen trains can reach 320 kilometres per hour in commercial operation, and they’re scheduled to run even faster in the near future.

Next, precision; operating conditions are monitored at all times from the control centres, and adjustments made as needed.
As a result, trains are never more than 30 seconds late. The Shinkansen is the world’s most punctual train service.

Finally, safety; Doctor Yellow, a special type of train used for track inspection, ensures that Shinkansen trains all run safely. As it moves at high speed,
Doctor Yellow carefully checks the tracks for distorthion and the overhead lines for wear. 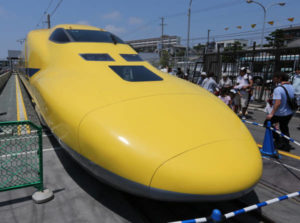 Human inspections are also important. Every night, 3,000 workers check the tracks thoroughly and replace parts if necessary. Safety is maintained thanks to both cutting-edge technology and the hard work of people.

Story of the Shinkansen

Development of the Shinkansen began in 1955. The team of engineers working on the project set their sights on a speed of 200 kilometres per hour, which was unprecedented at the time.

To achieve that kind of speed, the engineers had to find a way to reduce wind resistance. 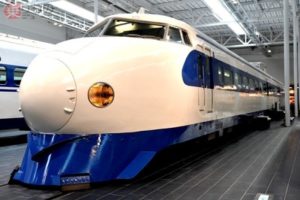 Eight years after the project began, the trial run was held. The needle on the speedometer crept past 200. Tha Shinkansen achieved its goal. It became the fastest train in the world.

The Shinkansen went into service in 1964, when Japan’s postwar economic growth was at its peak. People desperately needed better tranportation, and the Shinkansen solved that problem. 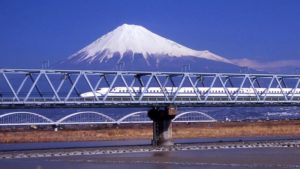 The Shinkansen has been an indispensable part of Japanese life for over half a century, and it keeps on rolling.

At the same time, much newer face Shinkansen has been made debut with the more comfortable atmosphere of train. 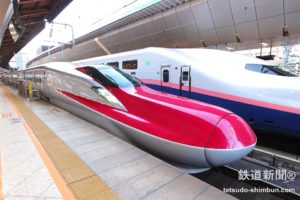 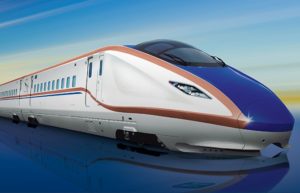 to Kyushu from Osaka from 2004

Maglev stands for magnetic levitation train or the Linear Chuo Shinkansen, simply we say ｢Linear｣ (this is Japlish；an English word coined in Japan.

Maglev is scheduled to start passenger operations between Tokyo and Nagoya in 2027 with a average speed of around 500 kilometers (310mph) per hour. 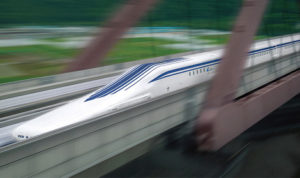 Permit me to say personally, I’m from Iida city of Nagano prefecture 、where there will be constructed one of the Maglev stations of Iida. and it’ll enable me to reach my parent’s home within one hour from Tokyo if I’m alive while it takes now about five hours.

In closing, no matter where you wish to go in Japan, Shinkansen service would be available, please enjoy the fastest and pleasant journey with Shinkansen and Linear; Maglev too in another ten years.

At the end, we have “Newer Shibuya Metro station and 600kph Maglev” being well worth to visit, thanks