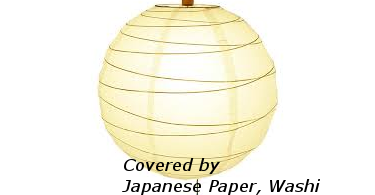 Hello  everyone how are you?  Thanks for visiting the site, “Japanese Paper” (Washi in Japanese), for which I’m proud of our country’s one of cultures and one of “Cool Japan” as well.

With the coming of western machine made paper and a rayon substitute found for fusuma paper and the higher productivity of paper making machines contributed to the decline of washi production.

But since the production technique of washi paper by traditional manufacturing method was registered in UNESCO intangible cultural heritage in 2009.

At the same time the export volume of Washi from Japan has doubled mainly in Asia in recent 10 years, outside attention to Japanese paper products is outstandingly increasing to this day.

It is traditional Japanese paper. Since ancient times, the Japanese have been making it using plants and trees.

The most common material is the bark of the mulberry tree which features long fibres. 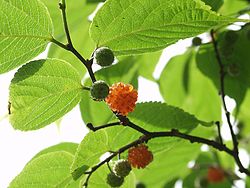 Once it has been turned into pulp, it is pounded to loosen the fibres. One of the unique things about washi is that the fibres are left long and uncut.

A sticky liquid obtained from the roots of the sunset hibiscus is put into a tub of water containing the pounded pulp.

Then comes the hardest part of papermaking, scooping up the fibres with a special sieve-like tool and moving them back and forth repeatedly.

This causes the long fibres to knit together so that the paper will be strong and pliant. Finally, the fibre sheets are laid out to dry in the sun.

A close-up of the edge of a torn piece of washi reveals how long the fibres are. Compared to Western paper, washi clearly has much longer fibres. These long intertwined fibres are what make washi so strong.

It’s said that papermaking was introduced to Japan in the 7th century. At that time, it was highly valuable and only used for important documents like Buddhist scriptures. 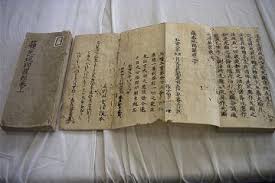 Since white washi symbolized purity and holiness, papermaking was regarded as a means of spiritual refinement.

Around the 9th century, aristocrats started writing poems on washi. From around the 11th century, beautiful washi collages called tsugigami were produced.

They were more than just something to write words on, they were aesthetically pleasing in themselves. Washi-making was elevated to the realm of art.

Later, the custom started of using washi for sliding doors shoji in Japanese and screens byobu in Japanese.

With its excellent air permeability, washi is well suited to Japan’s hot and humid climate. That is why it came to be used as a material for architectural purposes. 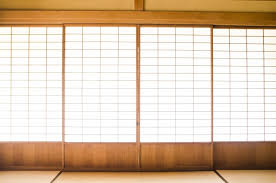 Washi has many other uses. For instance, people use it to wrap pieces of confectionery or gifts. In fact, it is irreplacealbe for spicing up life in such a pleasant and elegant fashion. 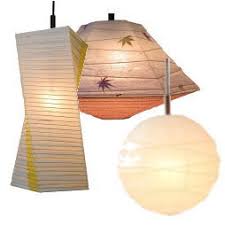 Until the early 20th century, the Japanese used washi in applications where Western style paper or other materials are currently used.

This is partly because washi was the only type of paper available at that time in Japan, but also because the unique characteristics of washi made it a better material.

The different uses of washi include:

★ Art
Chiyogami – a method of stenciling or screenprinting paper with traditional Japanese designs as below, 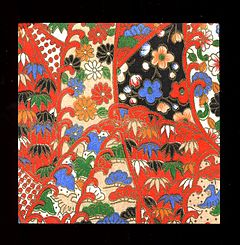 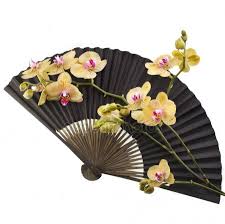 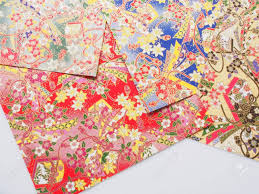 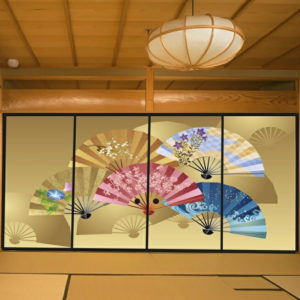 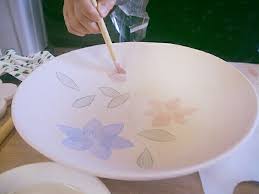 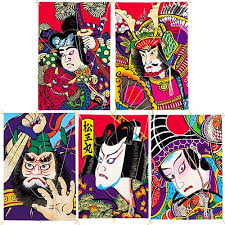 Last but not least, Washi is essential element of Japanese culture. It’s a very special type of paper that perfectly suits the Japanese sense of beauty.