As everyone already knew or heard the well-known proverb “Laughter is the best medicine“.

If you laugh heartily, you can keep a healthy life activating your immune system.

We have a traditional comic storytelling of Rakugo about which I’d like to talk.

It is traditional comic storytelling performed solo. Seated on a zabuton cushion, a comic tells a story, energetically speaking the dialogue for all the characters. 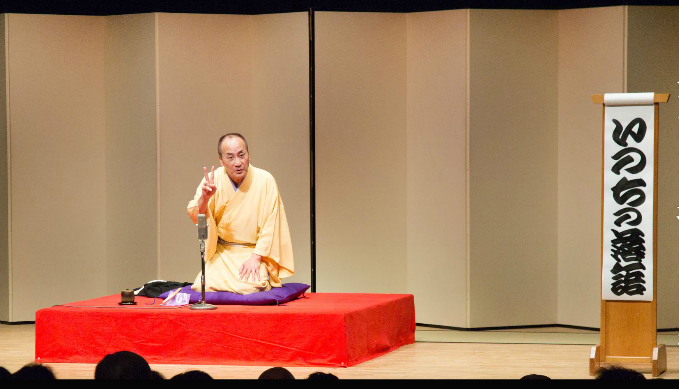 This is my personal opinion though, I really admire the great skill of rakugo, who can deliver such a vivid and dynamic performance in a sitting position.

I mentioned now Rakugo is entertained by one comedian, however, we have “Manzai” which is similar comic storytelling done by two comedians. They are not seated on a zabuton cushion, but duo performers are usually standing.

In doing rakugo, to clealy distinguish one character from another, rakugo performers use various speech patterns and physical mannerisms.

In order to portray a tough, energetic craftsman, for example, the performer speaks in a rough tone with a towel in hand.

When portraying a woman, the performer constantly straightens the hem and the collar of his or her kimono.

When portrating a child, the eyes are turned upwards, and the hands are placed in front of the chest.

What are you imagining to the following motion?

The only props used in rakugo are a folding fan and hand towel. Performers manipulate these to mimic all kinds of actions. 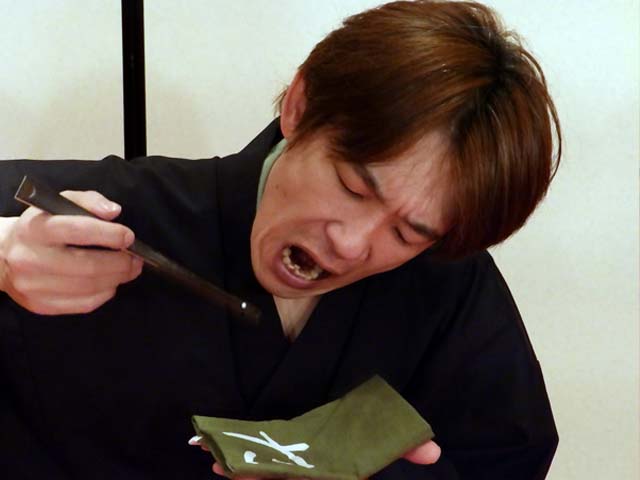 Sometimes the fan and towel are used together. What is he doing? He is writing a letter. 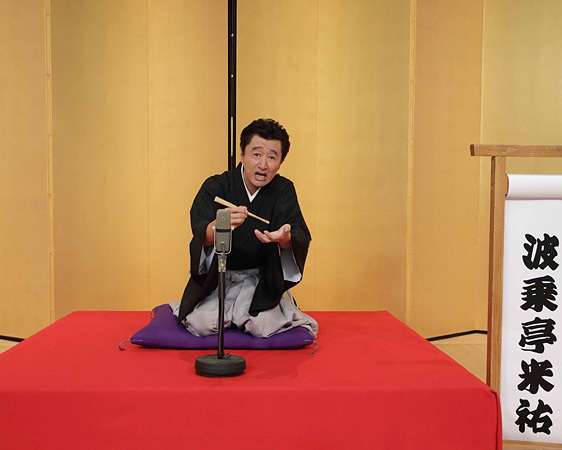 When the fan is unfolded, it becomes a large sake cup. 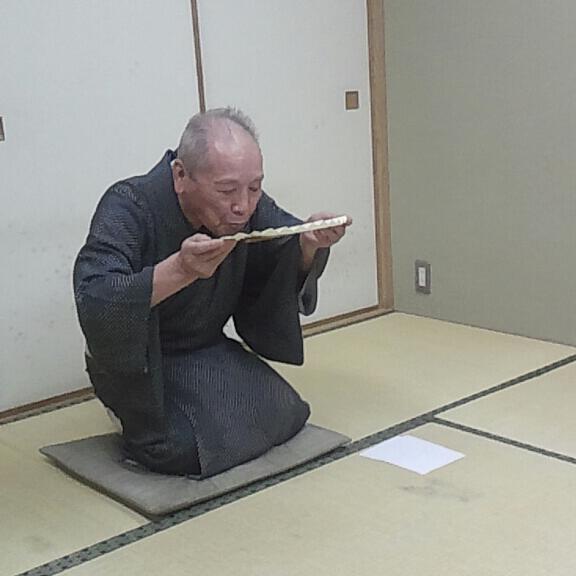 Through the skilful use of props and gestures, rakugo performers aim to evoke vivid images in the minds of the audience.

Rakugo is a form of interactive storytelling which requires the audience to use their imagination.

Rakugo was invented by Buddhist monks in the 9th and 10th century to make their sermons more interesting and its written tradition can be traced back to the story collection Uji Shūi Monogatari (1213–18).

Gradually the form turned from humorous narrative into monologue, probably upon the request of the daimyōs (feudal lords), seeking people skilled enough to entertain them with various kinds of storytelling.

During the Edo period (1603–1867), thanks to the emergence of the merchant class of the chōnin(townspeople), the rakugo spread to the lower classes.

Many groups of performers were formed, and collections of texts were finally printed. During the 17th century the actors were known as hanashika (storyteller), corresponding to the modern term, rakugoka (comic speaker/comedian).

It dates from the late 17th century. Its earliest performers were the comedians who told funny stories at the roadside or at banquets. Later, permanent theatres-yose-were built, and rakugo became a poplular form of mass entertainment.

We have mainly four yose (vaudeville theater or music hall), here are two typical yose below, 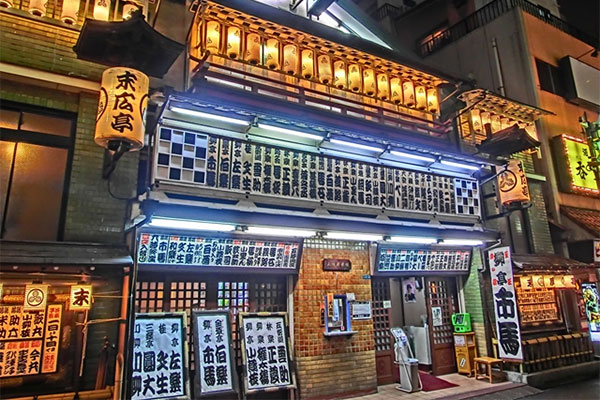 Most of the stories in the rakugo repertoire were thought up in the 18th and 19th centuries, and they deal with the everyday affairs of the common people of that time. One striking aspect of rakugo is that the same stories continue to be told in their original form. 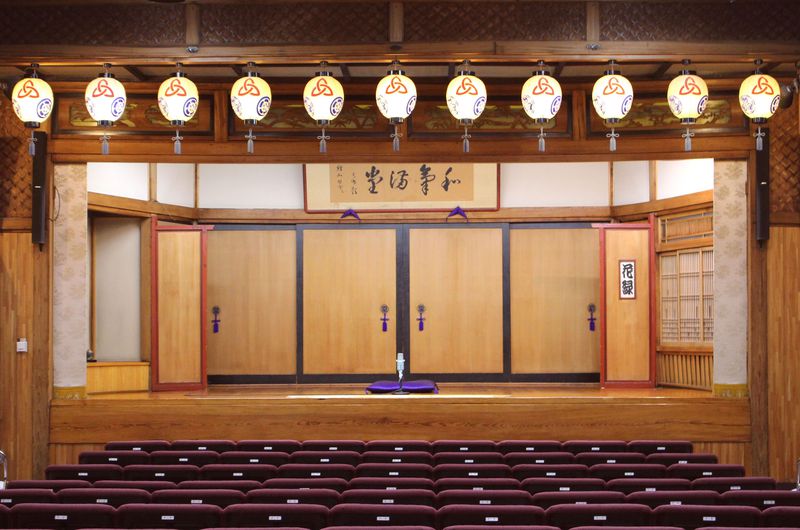 Audiences still fill the yose theatres every day. Rakugo is a kind of time machine that takes you back to the good old days. It’s form of entertainment that has special appeal for the Japanese.

Why do you think it’s still popular, including foreigners?

Well, I believe that a big attraction is the chance to get a feel of the lives of common people in the good old days, such as living in a nagaya (tenement-house) and in close-knit communities. And the stories show that people and their foibles really don’t change much as time passes.

And those foibles are common to people everywhere, which is why rakugo interests a lot of foreignrs as well. Moreover, nowadays, rakugo is being performed quite a lot by foreignersand Japanese in English. 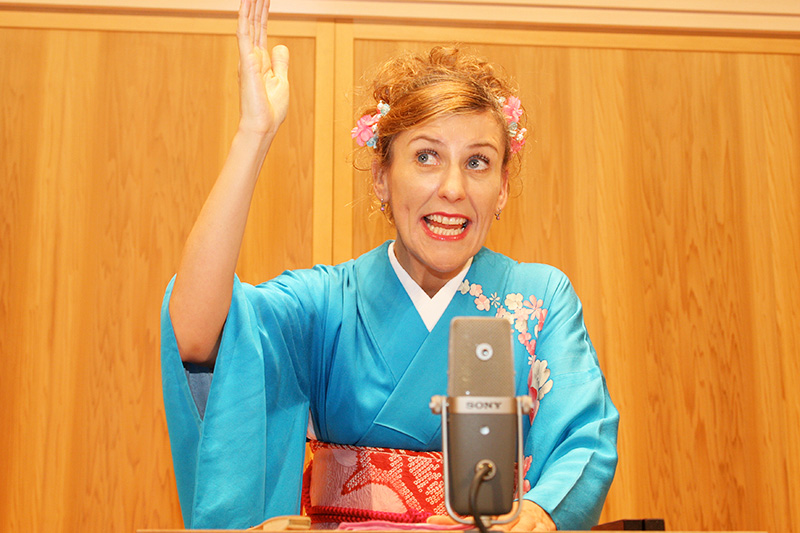 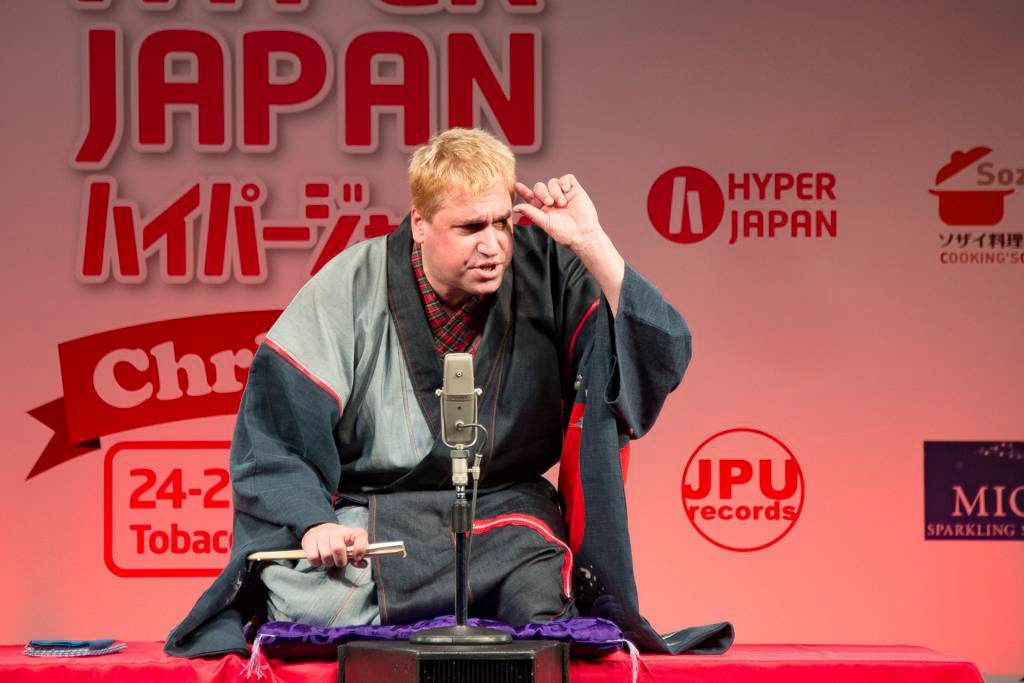