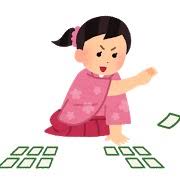 When I was a child, it’s when it was approximately fifty years ago, we very often used to play card games “Karuta” on New Year’s holidays in particular.

Children now, however, don’t do that as they prefer playing games on smartphones.

But fortunately we still have an official kind of sports called “Competitive Karuta“, within the format and rules set by the All Japan Karuta Association.

Hello everyon how are you doing?  So today’s topic is “karuta” which is seen only at special occasion nowadays.

karuta are playing cards bearing pictures and writing. For centuries, karuta games have been a familiar and much-loved form of amusement.

This pack of cards is called Ogura Hyakuninn Isshu. It features a collection of waka poems-one from each of 100 great poems in Japanese history. 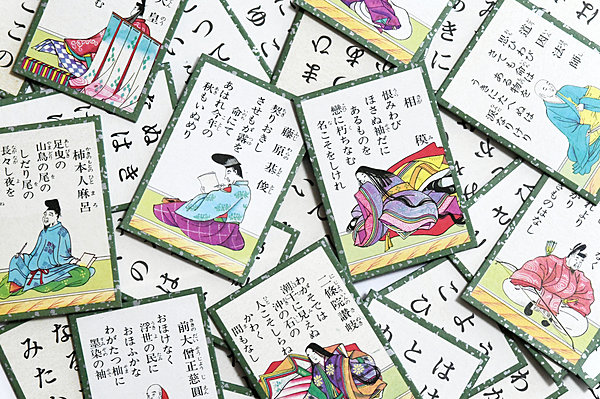 There two kinds of cards used in the game of Hyakunin Isshu-yomifuda and torifuda. Each yomifuda has one of the poems printed in its entirety.

Each torifuda has only the second half of a poem printed on it. A reciter reads out yomifuda one at a time, and the players compete to grab the corresponding torifuda.

This pack of cards is called hanafuda, meaning “flower cards”. Each card features a picture of one of twelve seasonal flowers or plants to represent a specific month. 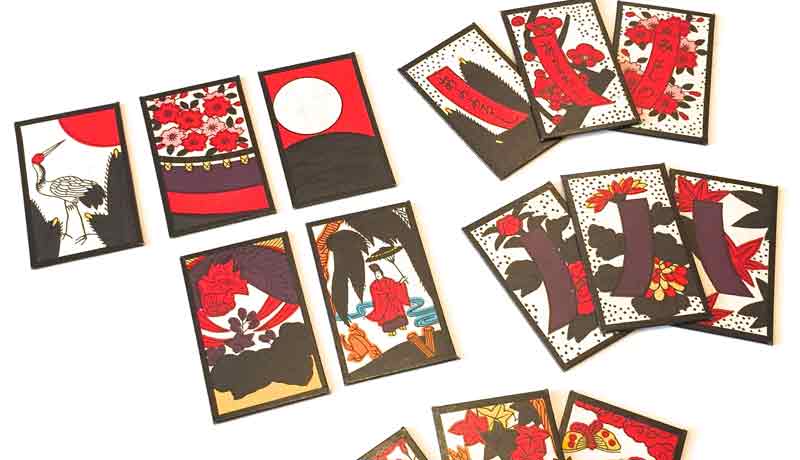 The cards have no point values on them, so players need to know how many points each particular combination of cards is worth.

During the Edo period, hanafuda cards were often used for gambling, and the shogunate banned them again and again.

So the artisans who made the cards kept making subtle design alterations to get around the law. The elegant designs used for hanafuda today were created as a result.

The roots of karuta go back about 1,000 years. In those days, a shell-matching game called kai-oi was popular with aristocrats.

Players would lay out dozens of pairs of clamshells, mix them up, and then try to match the pairs. This game was the forerunner of karuta.

In the 16th century, Portuguese traders started coming to Japan, and they brought with them playing cards called carta.

The players’ movements as they reach out for the torifuda cards are so fast, you can barely tell what’s going on.

Because of its intensity, it has been called a “martial art on tatami-mat”.

Japan’s karuta card games, from Hyakunin Isshu to hanafuda to competitive karuta, are the fruits of the ingenuity of the Japanese and their passion for having fun. 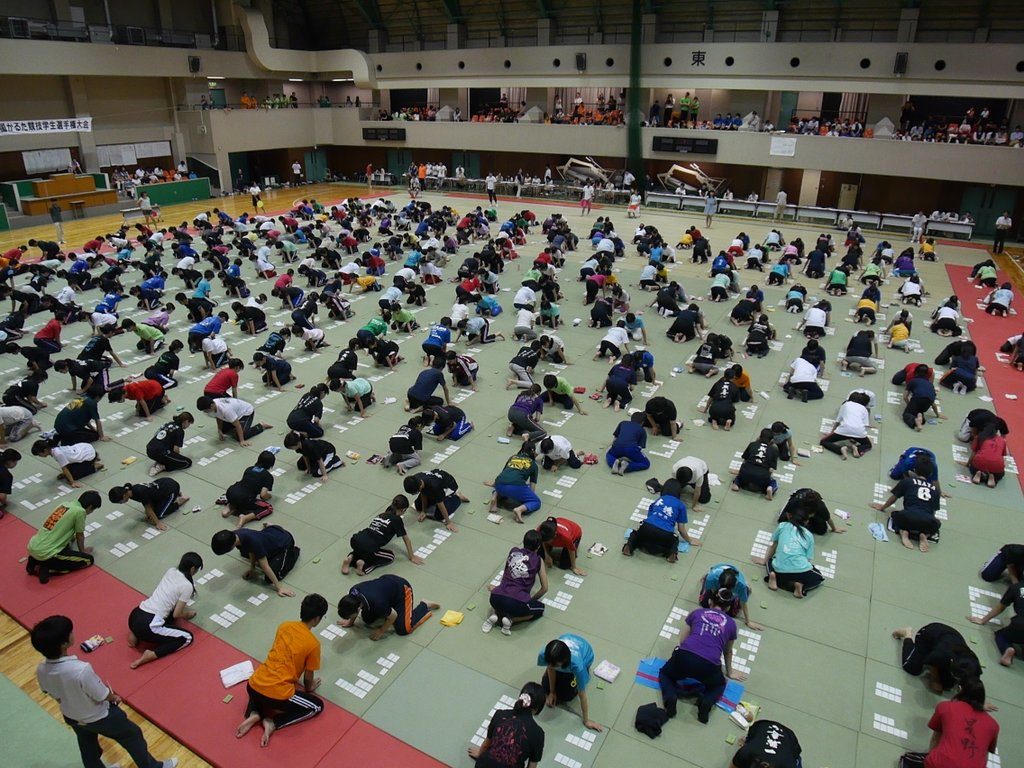 Today, competitive karuta is played by a wide range of people in Japan.

Although the game itself is simple, playing at a competitive level requires a high-level of skills such as agility and memory.

Therefore, it is recognized as a kind of sport in Japan.

Wouldn’t you like to play cards once in your life?