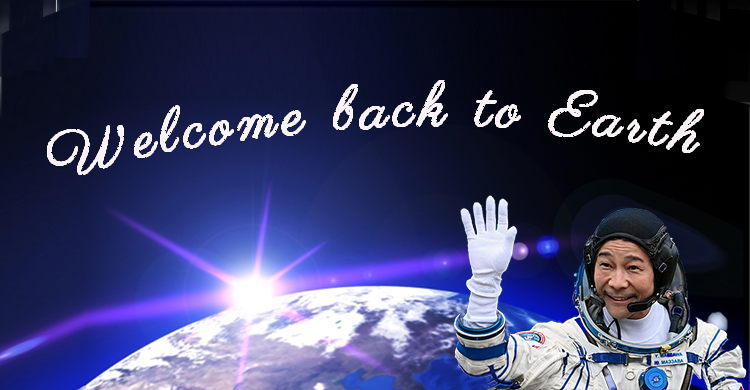 Online fashion magnate Yusaku Maezawa and his assistant returned to Earth on December 20, 2021 , Russia’s space agency Roscosmos said, after 12 days spent on the International Space Station (ISS) that is the first time as the Japanese citizen into ISS although it is the second in the term of space traveller for Japan. 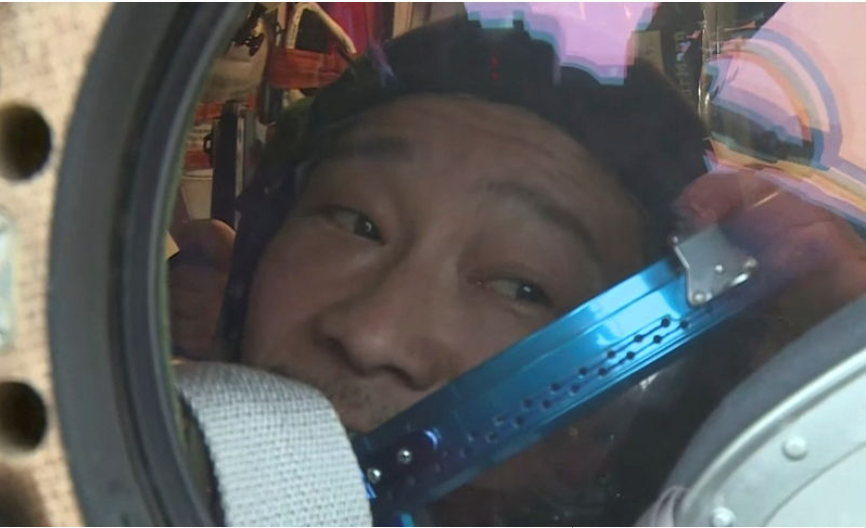 Soyuz rocket carrying the spacecraft of Yusaku Maezawa and others launched from the Baikonur Cosmodrome in Kazakhstan on December 8, 2021.

Hi how are you? Our dream travelling in space privately really came true.

The 46-year-old fashion tycoon and art collector, who launched from the Baikonur cosmodrome in Kazakhstan on Dec. 8 along with his assistant Yozo Hirano and Russian cosmonaut Alexander Misurkin, landed on the Kazakh steppe.

Maezawa, a space enthusiast, made the trip in a Soyuz spacecraft and became the first space tourist to travel to the International Space Station (ISS) in more than a decade. 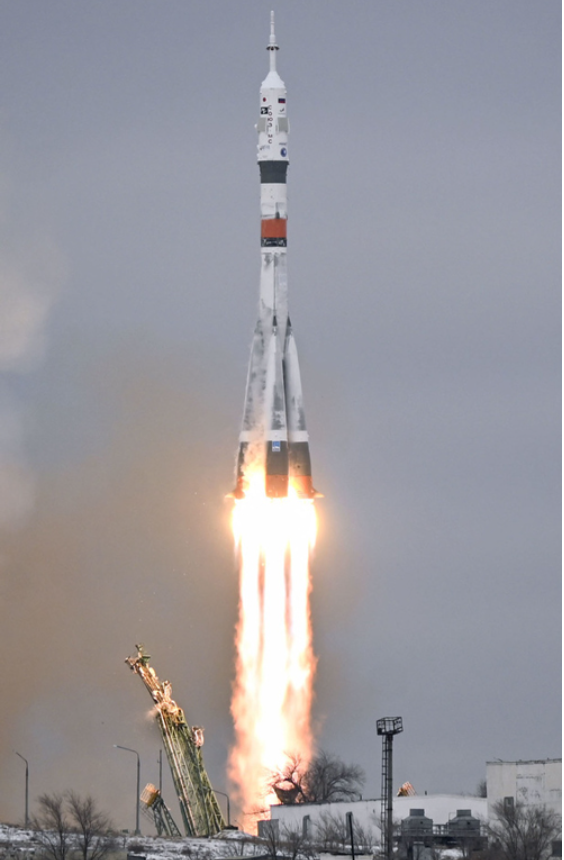 One of Japan’s most flamboyant public figures, Maezawa entertained his social media followers from space by taking photos of mundane tasks in space including brushing his teeth and going to the bathroom.

Addressing his 1 million followers on YouTube, Maezawa showed his followers how to properly drink tea and sleep in zero gravity. 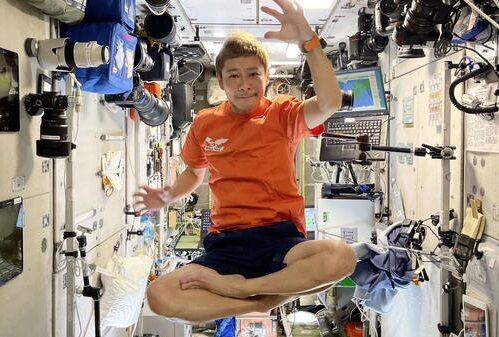 In other videos, “Peeing is very easy,” he said as he demonstrated a handheld funnel astronauts use to suck their urine away.

In one of the videos, he explained in detail the business of relieving oneself on the ISS.

When the three space travelers arrived on the ISS on Dec. 8, they joined a seven-team crew who were engaged in space biology and physics research. 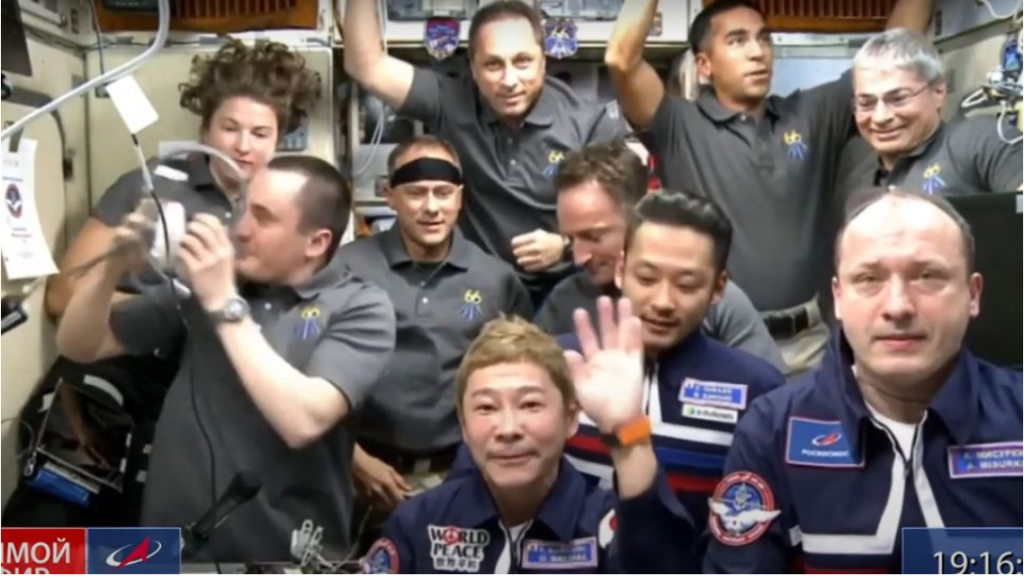 Maezawa ended a practice run for plans to take eight people with him on a 2023 mission around the moon, operated by Elon Musk’s SpaceX.

He will become the first private passenger on the SpaceX moon trip in 2023, as commercial firms including Jeff Bezos’ Blue Origin usher in a new age of space travel for wealthy clients. 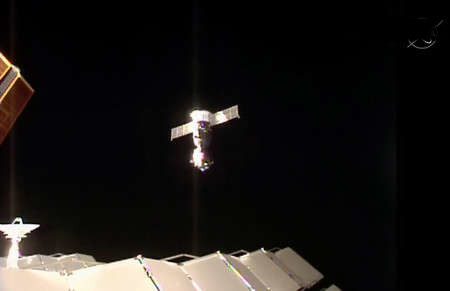 The entrepreneur, who sold his online fashion business Zozo to SoftBank in 2019, is searching for eight people who will join him in his moon voyage in 2023, requiring applicants to pass medical tests and an interview.

The dream of the universe swells more and more

At that time, Japan was realized as a project for the 40th anniversary of the founding of TBS in the midst of the bubble economy.

Originally interested in environmental issues, Mr. Akiyama says he went to space and changed his outlook on life. He said, “I realized that the earth is a [lump of life],” and now he is engaged in agriculture, advocating the importance of environmental protection. 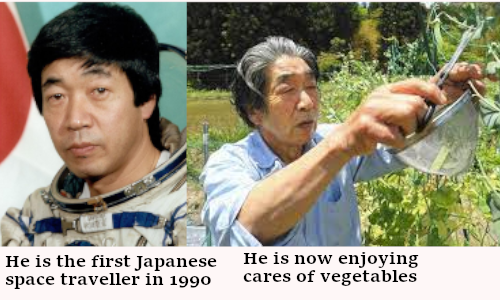 Is it possible for ordinary people to travel in space for more than 20 years? expense?

For the time being, space development critic Shimazaki says that traveling costs a huge amount of money, so just the rich, wealthy people only, so it is still a long way from the reach of the general public.

“It’s difficult,” says Mr. Shimazaki, in order to make it dramatically cheaper, it is a prerequisite to carry a large number of people and take off many times. “Currently, at most seven people can ride at one time. We need to develop an engine that can fly hundreds of people over and over, and we need light and sturdy materials for the aircraft.”

Regarding the cost, he continues 「One hundred million yen (about one hundred thaousand dollars), if you repeat the number of flights, it will be a little cheaper, millions of dollars (ten thousand dollars), 10 to 20 years later.

This time, the cost of the two is about 100 million dollars, which is far from us as an ordinary person, but I hope that it will be affordable as soon as possible. 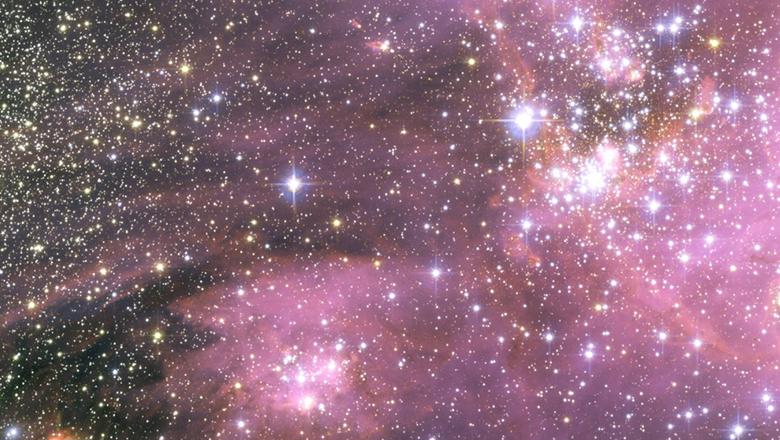 After returning to Earth, his tweet … and many memorable remarks

Astronauts who saw the earth from space have left various words, take the former Soviet Union’s Yuri Gagarin, who became the first manned astronaut of mankind, for example said in April 1961 that “the earth was blue”.

In other famous words, Captain Neil Armstrong of the United States, who walked on the moon for the first time in 1969, said, “A small step for one human being, but a big leap for human beings.”

After returning to Japan, Mamoru Mori, a Japanese astronaut who rode the Space Shuttle Endeavor in 1992, said, “I couldn’t see the border from space.”

Mr. Maezawa, who just returned on the 20th of this month, tweeted, “I thought that if great people from all over the world went to space and did something like an international conference while looking at the earth from space, the earth would be even more kind. Peace. I thought it would be.”

After returning to Earth, many aviators touched on environmental issues. Mr. Doi, for instance who was also a Japanese aviator, said at a debriefing session in 2008, “The earth is still a wonderfully beautiful star, but when I was flying over the Amazon, I saw the smoke from the rainforest, which hurt my heart.” , looked back.

Many people will go to space in the future. Then, environmental problems, which are also global warming, will spread to space. We have to think about environmental issues that include the universe and the earth. That would be inevitable. 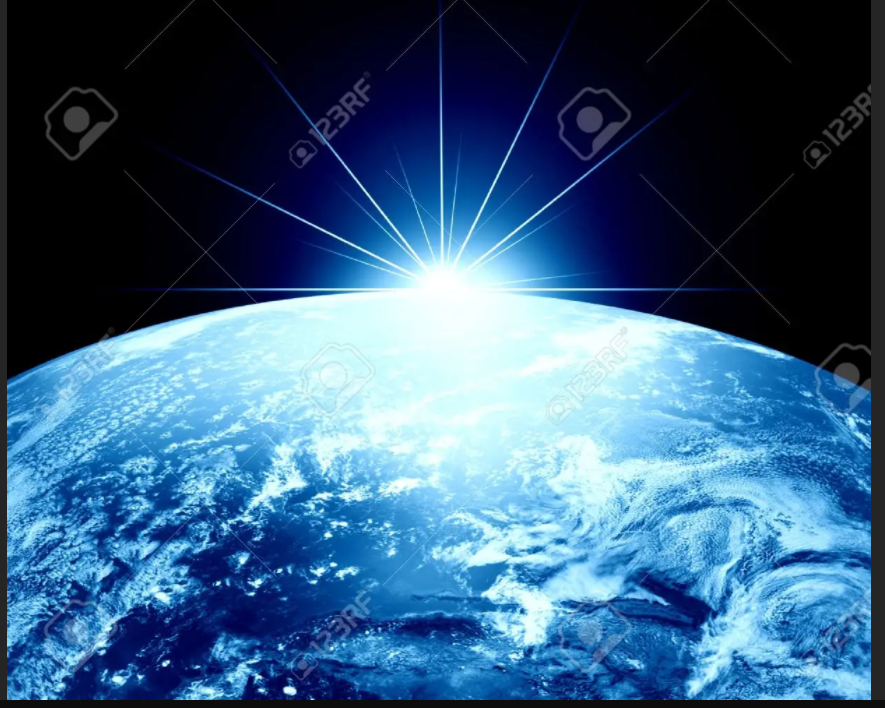 Finally, we have “SpaceX capsule with 4 astronauts reaches space station” being worth to visit, thanks