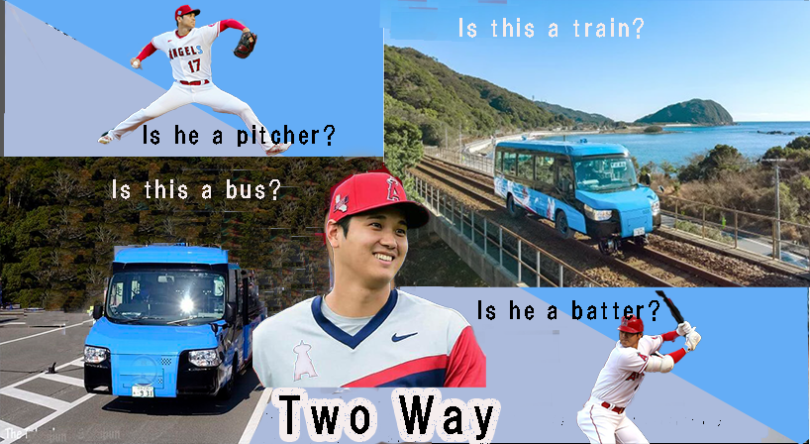 Hi how are you? Have you ever heard of “Two-way player”?   Yes, baseball fans are almost know Mr. Ohtani (in US he is called “Ohtani-san” or nicknamed “Shotime”) as Shohei Otani is a two-way player being both a pitcher and a batter who is actively playing in the MLB. 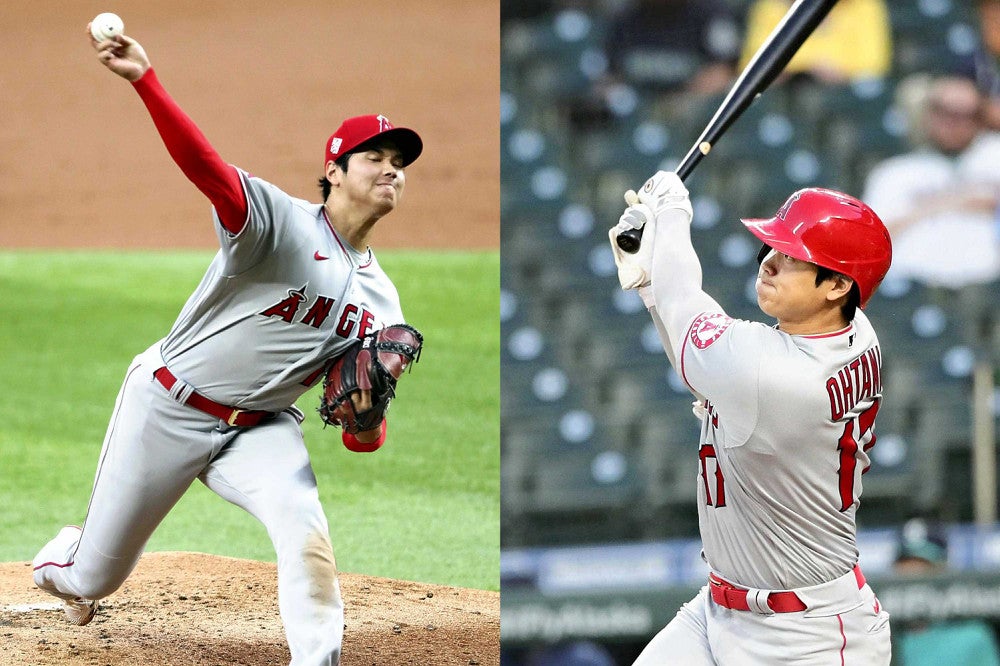 In addtion, Los Angeles Angels two-way star Shohei Ohtani became the first Japanese in 20 years to be named most valuable player in the majors when he claimed the American League honor Nov. 18, fetching all 30 first-place votes in the balloting from journalists in 2021.

Ohtani and Ichiro Suzuki, in 2001, are the only Japanese players to receive a Major League Baseball MVP award, with the winner in each league determined through a vote of eligible members of the Baseball Writers’ Association of America at the end of each season.

With that said, Mr. Otani’s “two-way player, or dual sword wielding (this is the original word derived from Samurai (Japanese worrior)” is a very brilliant , but I would like to introduce another “dual wield vehicle” that has begun commercial operation for the first time in the world. 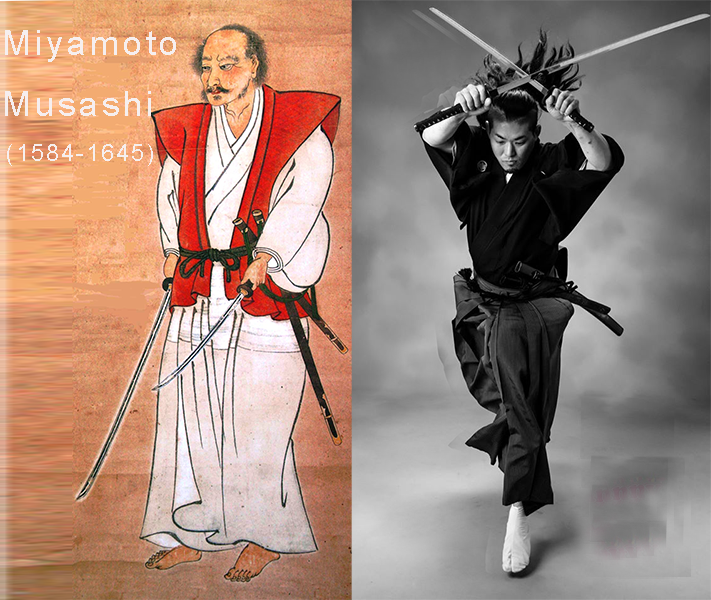 Of course, trial vehicles are being tried to test other parts of the world including Hokkaido, Japan, but commercial operation by the private sector began in December last year (2021) in Shikoku (the smallest island of the main four archipelagos in Japan). This is the DMV that operated.

Looking back the DMV or we say quasi-DMV, the oldest is said to be the one made in England about 90 years ago.

Then, some countries such as Germany, Brazil, USA, and Japan have tried to make various prototypes of DMV.

But full-fledged speaking, the vehicle equally runs at home on road and rail, which made its public debut on December 25, 2021 in the town of Kaiyo in Tokushima Prefecture is we can say that the world’s first dual-mode vehicle. 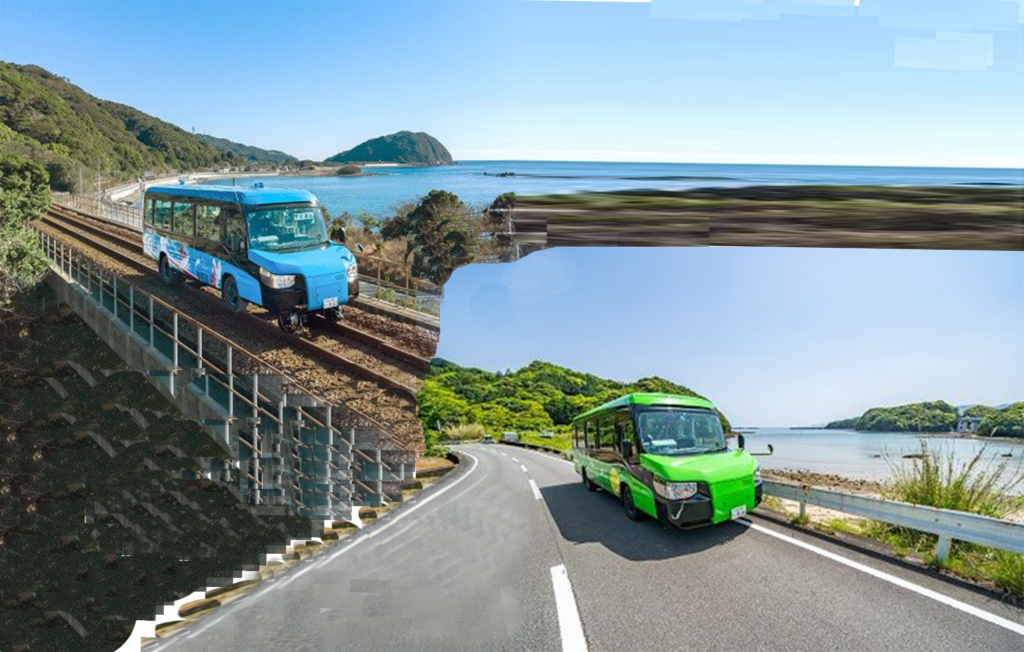 Local residents expect that the new service by Asa Coast Railway Co., which improves accessibility to tourist spots, will attract railway enthusists and others to the town.

They also expect it to be a very good form of public transport as the vehicles could help small towns like Kaiyo with an aging and shrinking population because it could carry even small number of passengers to small towns and villages by bus.

And at the same time, Tokushima Gov. Kamon Iizumi said he wants to “send dreams and hopes to the world” from the prefecture through the DMV.

The dual-mode vehicle looks like a minibus and runs on normal rubber tires on the road. But when it arrives at an interchange, steel wheels descend from the vehicle’s underbelly onto the rail track, effectively turning it into a train carriage. 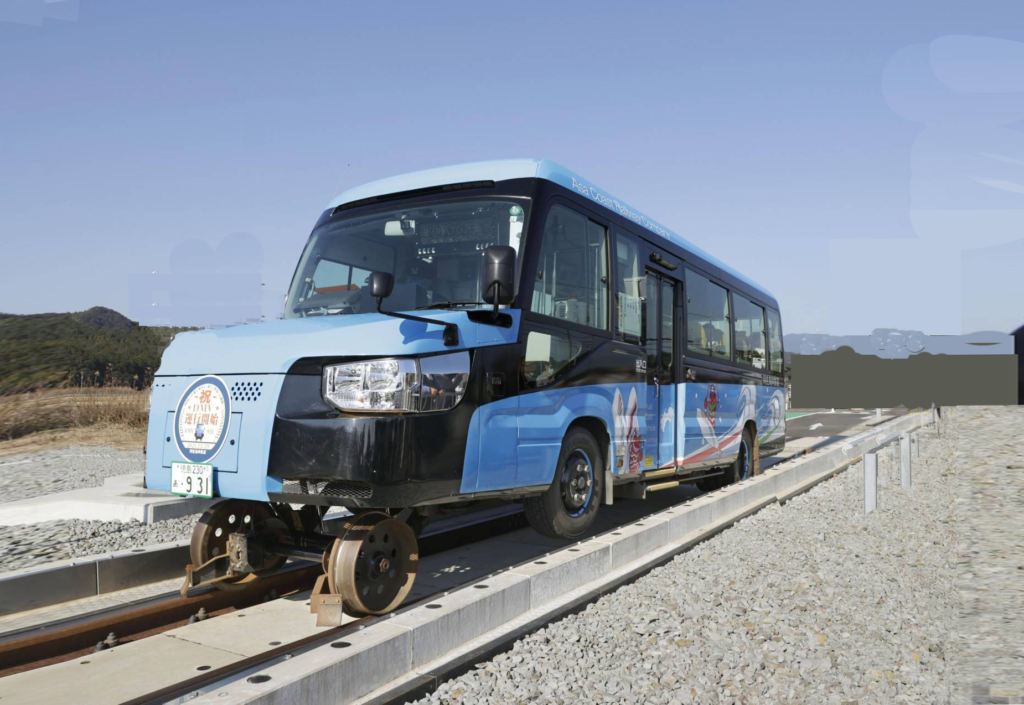 The train wheels lift the front tires off the track while the rear wheels stay down to propel the DMV onto the railway. And its road and railway modes can be switched in only about 15 seconds.

The DMV can carry up to 21 passengers and runs at a speed of 60 kph (37 mph) on rail and can go as fast as around 100 kph on public roads, Asa Coast Railway said. 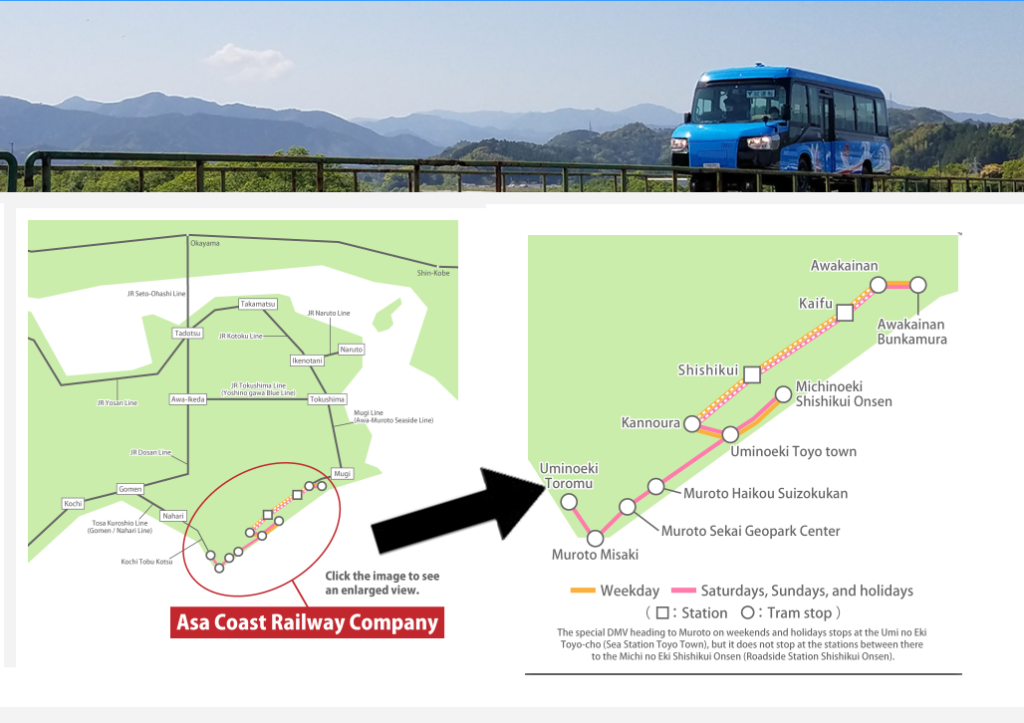 Powered by diesel fuel, the small fleet of vehicles will run along part of the coast of Shikoku island, connecting several small towns and offering passengers attractive seaside scenery.

Governor hoped it would benefit financially where local transport companies struggle to make a profit.

Looking forward to visiting here after corona struggles finish. Have a fun watching the video, thanks

Finally, we have another blog “Samurai” which you will find more interesting and worth reading, thanks