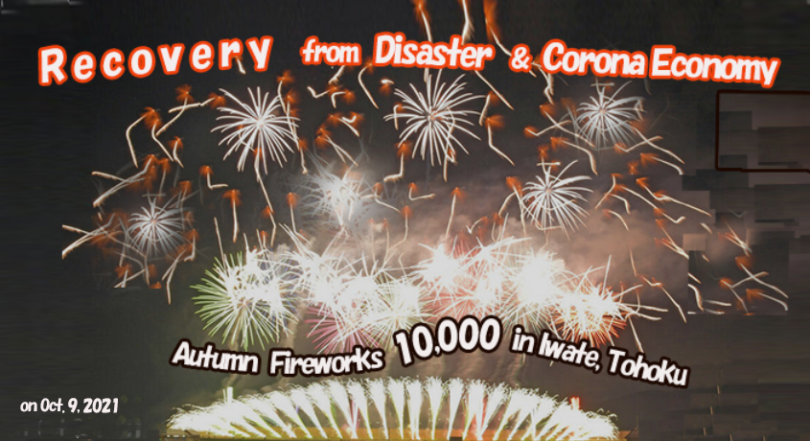 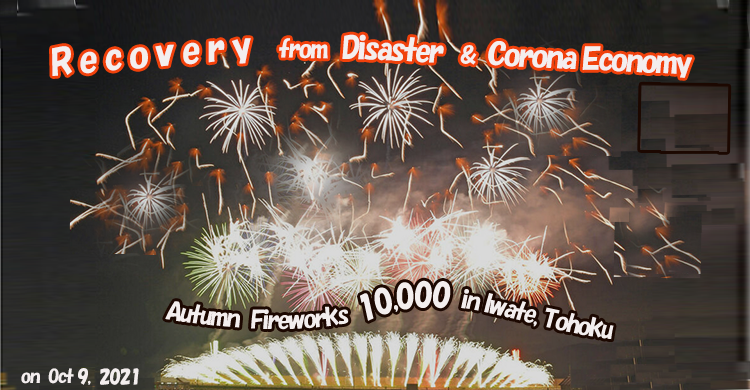 Large flower(fireworks) after a long absence, 12,000 people get drunk with heart-throbbing fireworks.

The “Sanriku Fireworks Competition 2021” in Rikuzentakata, Iwate where was damaged by the Great East Japan Earthquake on March 11, 2011 was held on the October 9, 2021.

A 10,000-shot fireworks display to illuminate the coastal areas of the Tohoku and Sanriku regions, where reconstruction from the Great East Japan Earthquake is progressing.

The firework was held by an executive committee created by residents to cheer up Rikuzentakata, which is in the process of reconstruction, and to boost the local economy suffering from the new coronavirus.

The competition where 23 fireworks companies from all over the country compete for points was held for about two hours, attracting about 12,000 people who filled the venue.

Due to the spread of the new coronavirus infection, fireworks festivals all over the country were forced to be canceled or postponed.

Families and couples from the surrounding area were intoxicated by the large flowers that colored the night sky for the first time in a while.

In Tohoku, the largest scale of the season, over 10,000 large flowers colored the autumn night sky.

The funds were raised by crowdfunding and so on.

Let’s get drunk while watching the best works of Japanese fireworks(large flower) artists and blowing off the corona virus. 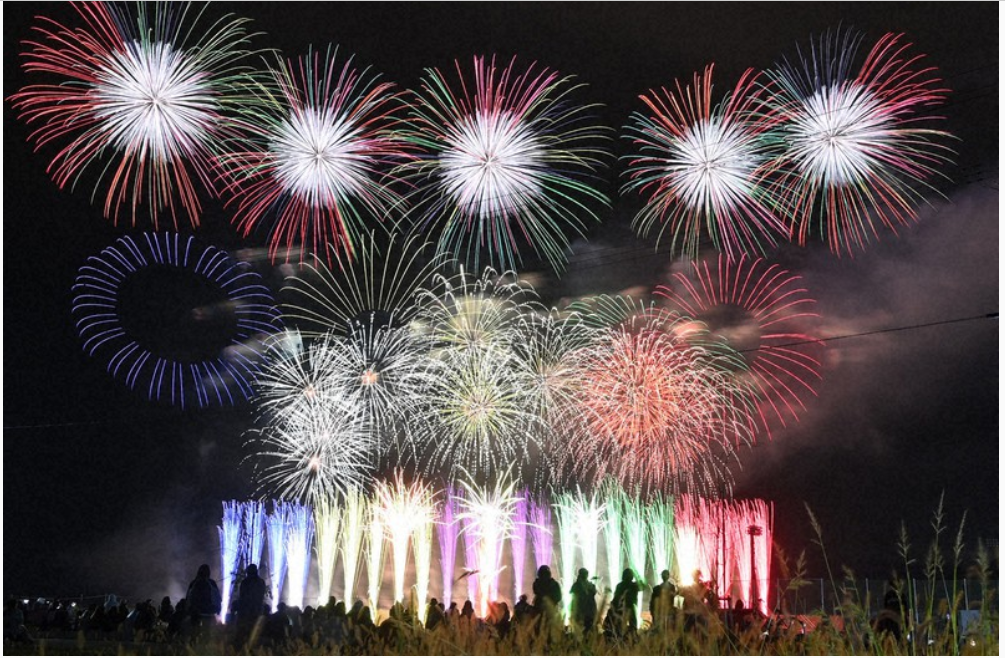 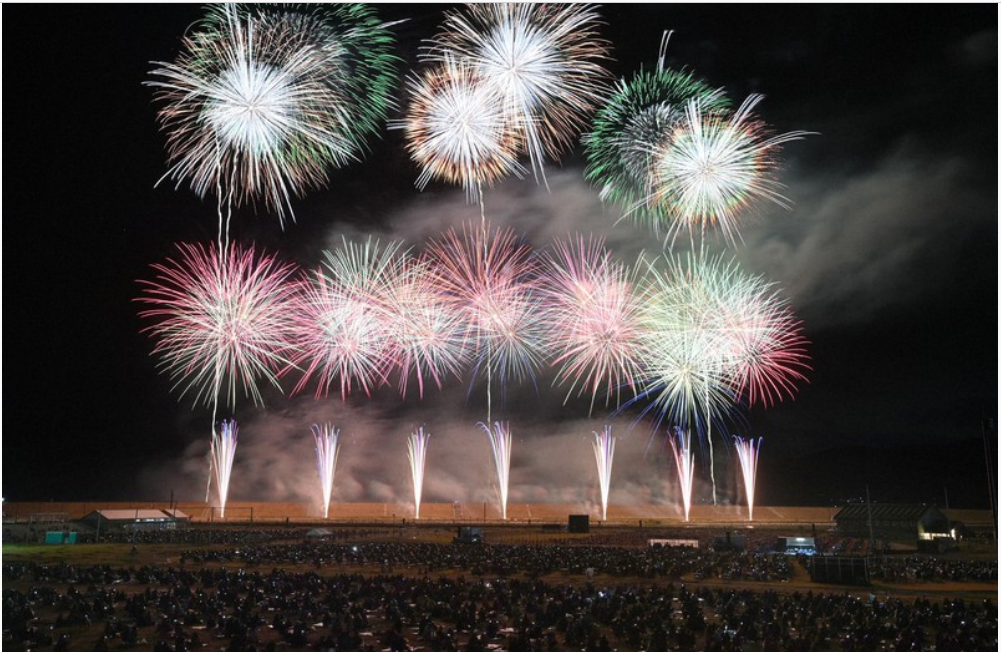 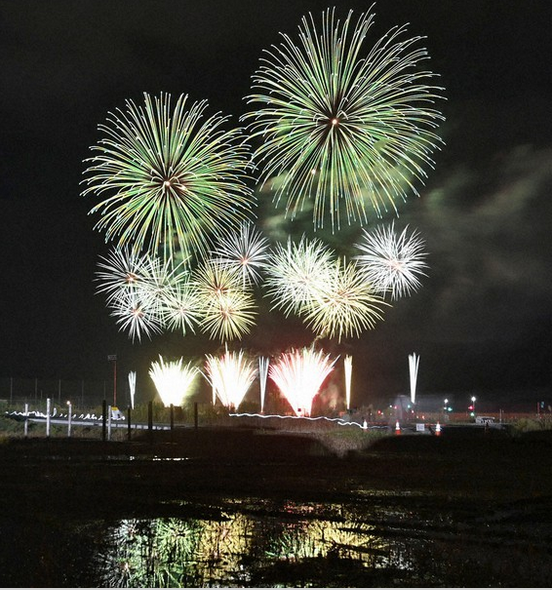 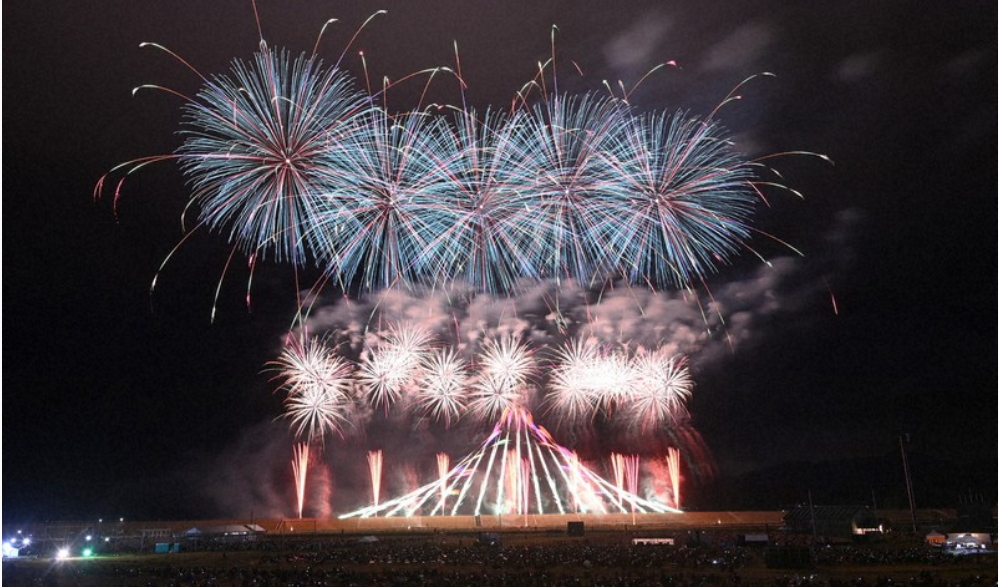 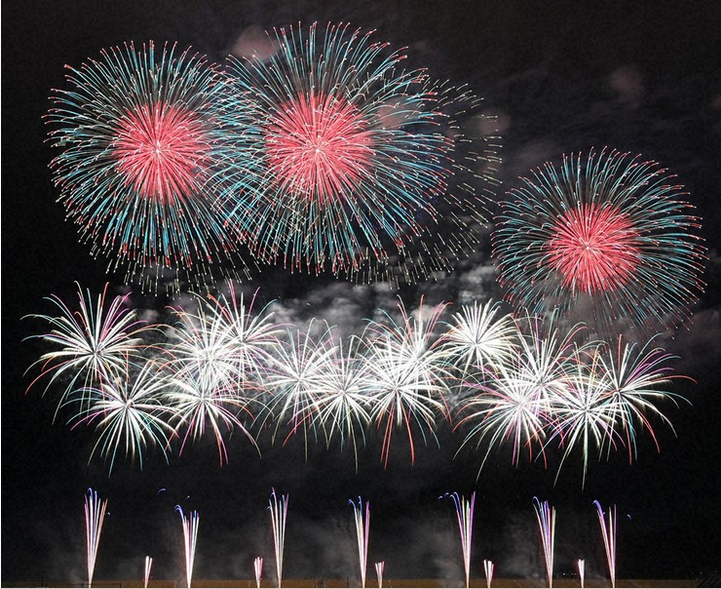 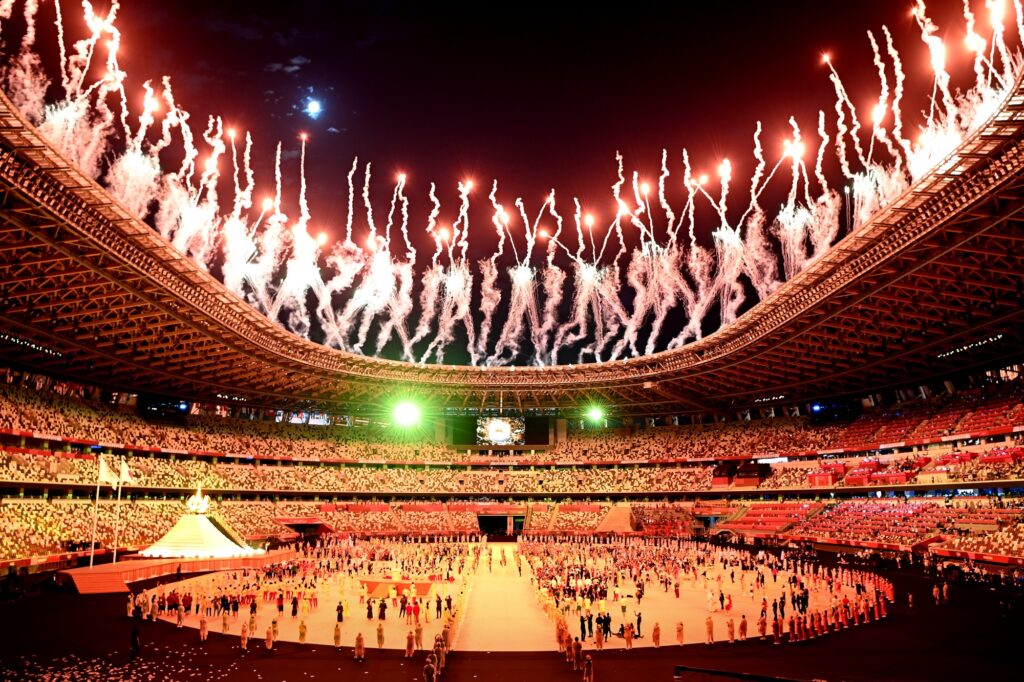 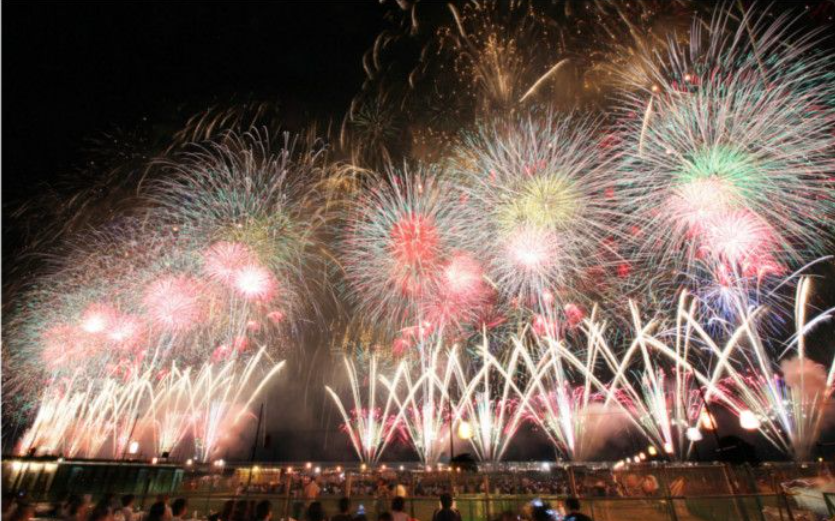 Nagaoka (Niigata prefecture) is one of the biggest fireworks festivals in Japan. It started shortly after WWII and the phoenix-shaped fireworks quickly became a symbol of Japanese recovery. The deceased are still mourned throughout the moving festival. Over 20,000 fireworks are set off including giant 650-meter sanshakudama fireworks. The finale of the show covers two kilometers of the Shinano River making it the widest span of fireworks in the world. 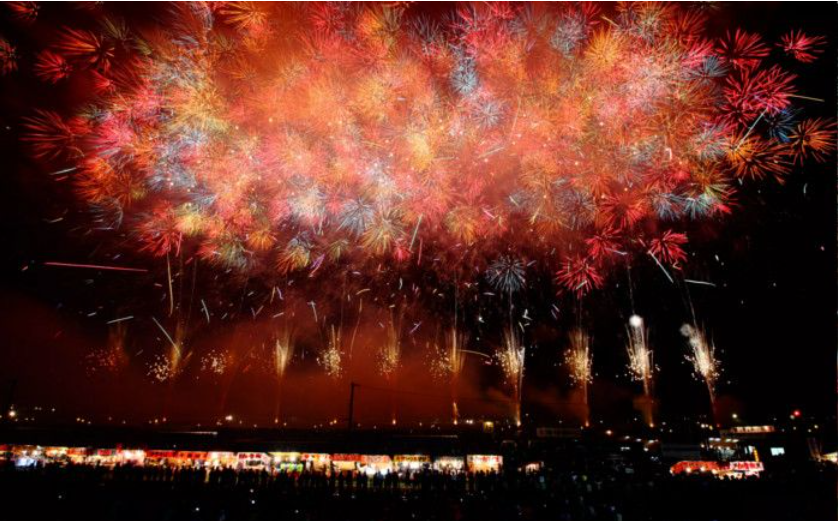 Firework makers gather along the Omono River in Daisen city (Akita prefecture) to show off their craftsmanship and creativity and to compete for the prestigious prize. The competition started in 1910 and has continued to grow. More than 600,000 people flock to Daisen from all over Japan to witness the jaw-dropping show. Omagari is the only Japanese fireworks festival which also includes a daytime display where colored smoke paints the sky. 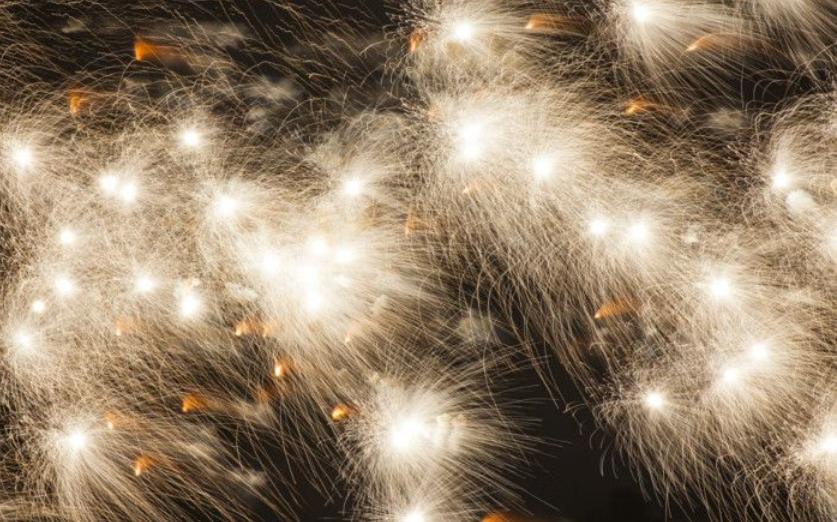 Held in Tokyo the last Saturday in July. The festival dates back to 1733 so it’s rich in history and tradition. The competition between the firework makers is fierce but produces an outstanding display. Around a million spectators gather to see the 20,000 fireworks of every color and shape imaginable. It’s so popular that it can be difficult to get a good view as every possible vantage point becomes prime real estate for the big event. However, it’s definitely worth the hassle. 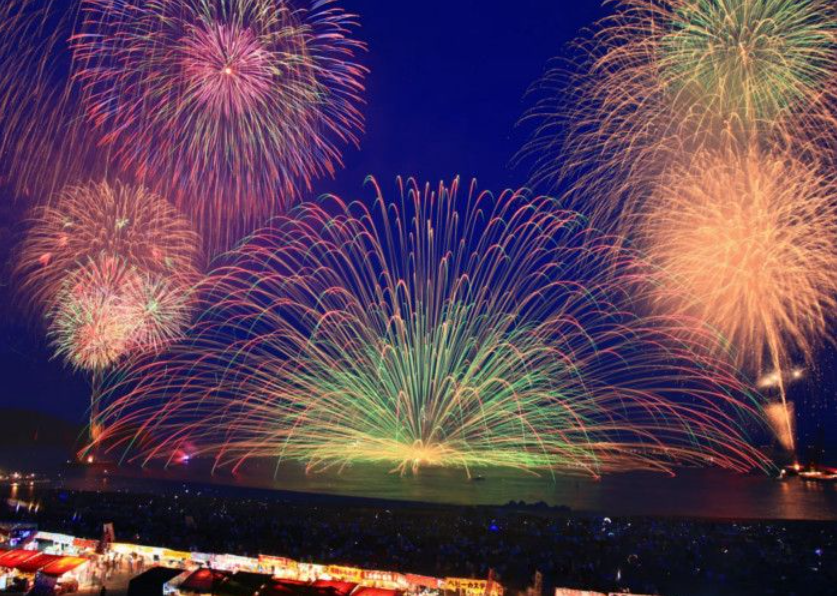 Against the backdrop of the Kumano-nada Sea, over 10,000 fireworks are launched from boats, making this exhibition truly unique. It is Kumano’s signature annual event and its history goes back 300 years. In recent years the display has become renowned for its self-exploding Onigajo fireworks. One of the highlights is when two of the ships launch fireworks against the cliffs to produce spectacular visual and sound effects. Visitors can enjoy the display from Shichirigahama Beach. 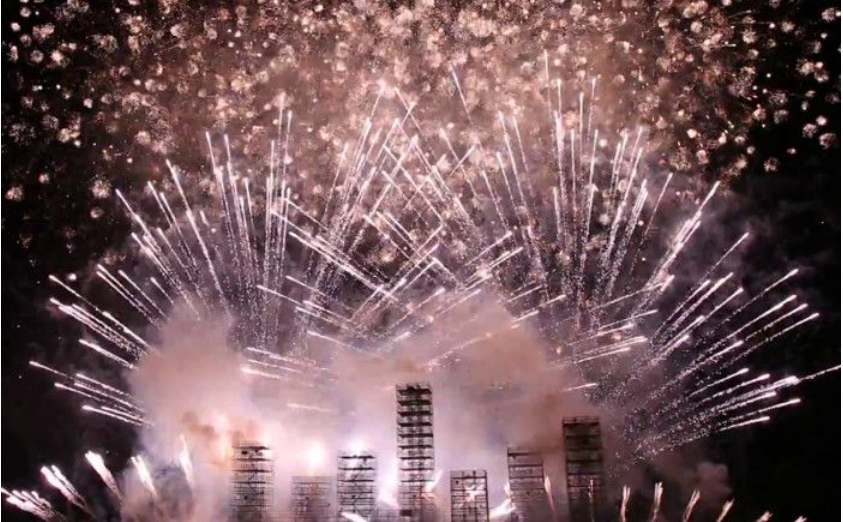 Kachimai was first held in 1929 as Hokkaido’s first ever firework display and today, with around 20,000 fireworks, it is one of Japan’s largest fireworks festivals. The whole show is synchronized to music and the 2019 display promises new surprises. The symbol of the Kachimai Fireworks Display is the Nishiki Kamuro firework which sprays golden sparks and lights up the night sky. The festival is a precursor event for the Heigen Matsuri. 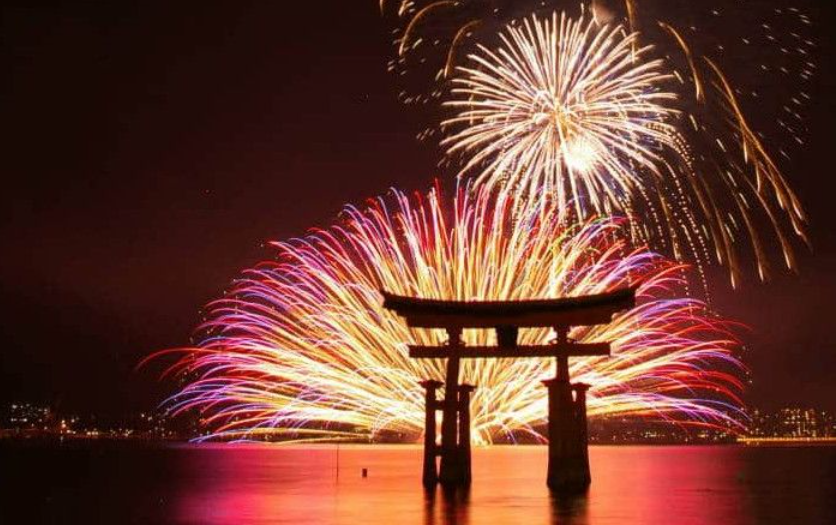 With around 200,000 spectators and roughly 5,000 fireworks, Miyajima is not one of the biggest Japanese fireworks festivals. However, it has a reputation as one of the most special. The fireworks are launched from the water off the shore of Miyajima and cast stunning reflections on the surface of the sea. The outline of the Itsukushima Shrine against the backdrop of the explosions has a unique charm.

Well, let’s enjoy that 10,000 autumn fireworks(large flower), coloring Rikuzentakata, the largest scale of the season in Tohoku at the end.

Finally, we have a blog, “Souls resting in heaven” that is about the Great East Japan Earthquake on March 11, 2011, which is well worth visiting, thanks