ホーム » Let’s overcome many tragedies and difficulties of the world including Hiroshima & Nagasaki, and through Olympic Games with human development by sports and world peace 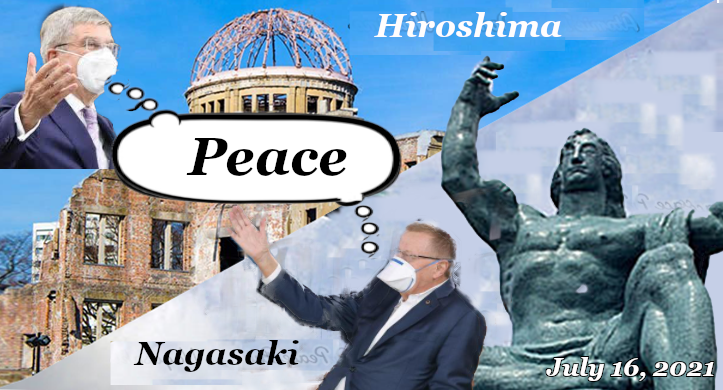 Hi how are you?  It has been just a week before the opening of the Tokyo 2020 Olympics.

Let’s overcome the tragedy of Corona, the first atomic bombed area of humankind, Hiroshima and Nagasaki, and many trials that we are facing all over the world, and succeed in the Olympic Games with the ultimate goal of human development through sports and world peace.

With Corona, there are many situations that are still unclear, or unsettled for the people involved in the Olympics, politicians, and the operators and the like, so I think it’s a quite tough every day.

Thomas Bach ’s one-day trip from Tokyo to Hiroshima, which has been at the vanguard of the global campaign to abolish nuclear weapons, comes as public frustration persists over the IOC pushing ahead with the Olympics despite the coronavirus pandemic.

It coincided with the starting day of an Olympic truce, the idea dating back to ancient Greece and restored by the United Nations in 1993 to call for a worldwide ceasefire during the games. 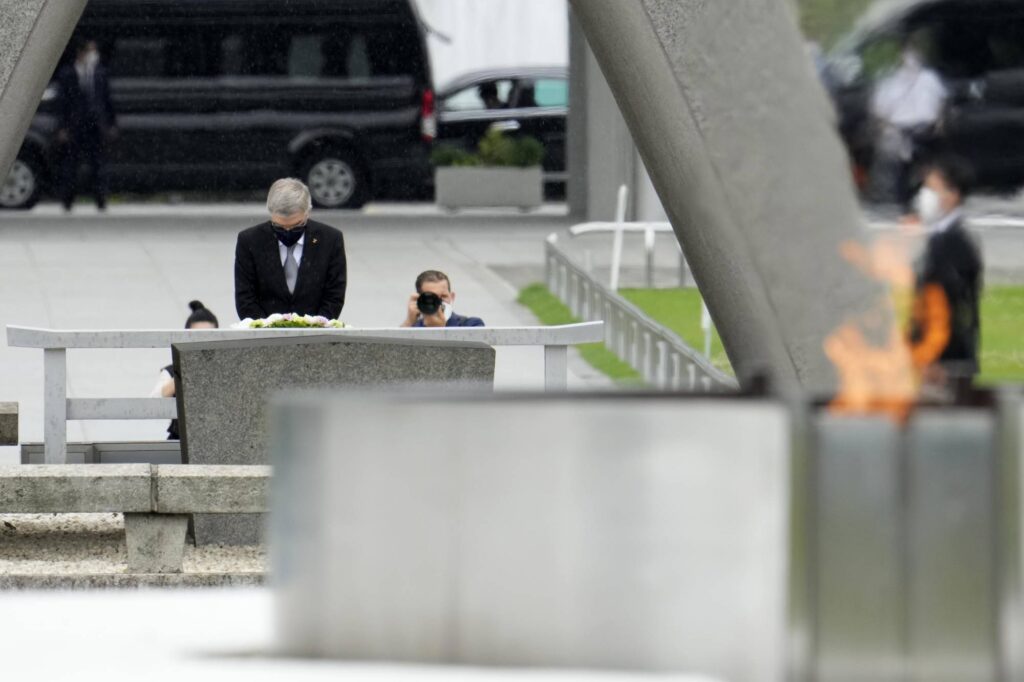 International Olympic Committee chief Thomas Bach observes a moment of silence after laying a wreath Friday at a cenotaph dedicated to atomic bomb victims in the Peace Memorial Park in Hiroshima.

Bach visited the Peace Memorial Park in the western Japanese city and observed a moment of silence after laying a wreath at its cenotaph, dedicated to the victims of the bomb dropped by the United States in World War II. 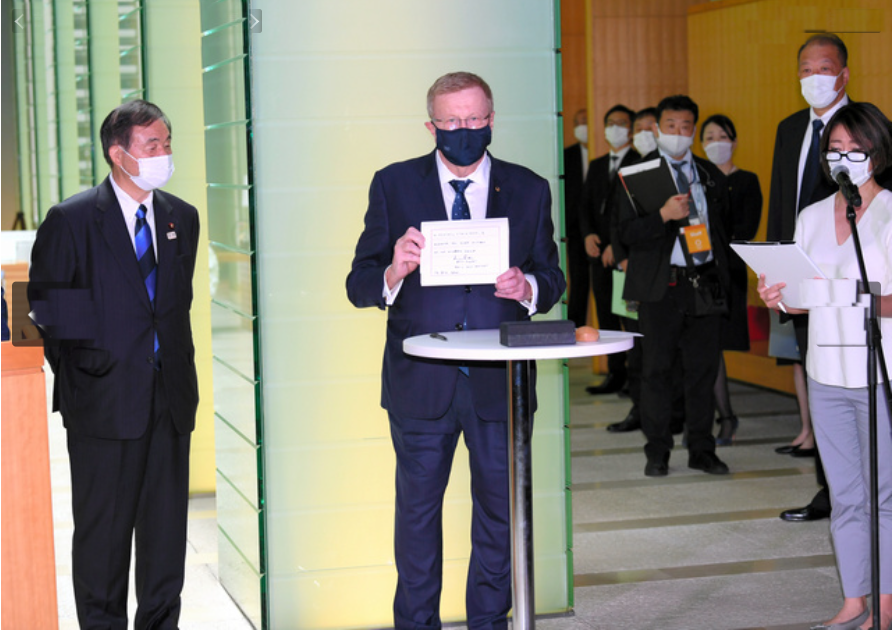 For further information, please visit “Denuclearization and Peace are strongly called for by Atomic Bomb Victims in Hiroshima & Nagasaki“, thanks