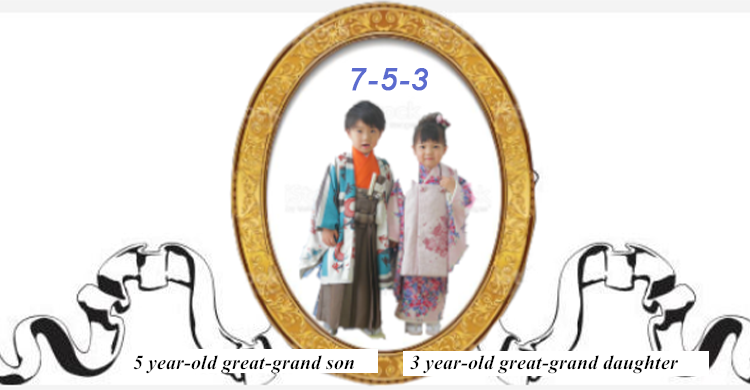 “Shichi-Go-San” literally means “Seven-Five-Three” is a traditional event of rite of passage and festival day in Japan for three- and seven-year-old girls and five-year-old boys.

A ritual is held annually on November 15 to celebratethe healthy growth and well-being of young children. As it is not a national holiday, it is generally observed on the nearest weekend.

From when, where, and why does the festival come?

Shichi-Go-San is said to have originated in the Heian period (from 794 to 1185) amongst court nobles who would celebrate the passage of their children into middle childhood.

The ages 3, 5 and 7 are consistent with East Asian numerology, which holds that odd numbers are lucky.

The practice was set to the fifteenth of the month during the Kamakura period. 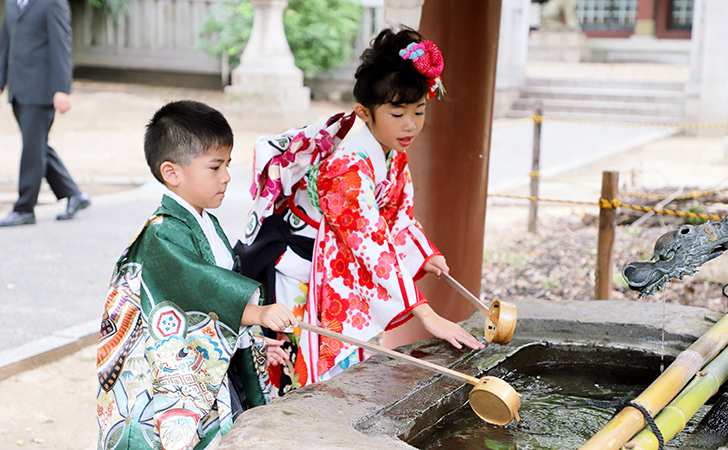 Its meaning is to celebrate the survival of children, because in the past people have lost their children due to poor health conditions. So, until the age 7, children were thought to be offspring of Japanese Gods.

Over time, this tradition passed to the samurai class who added a number of rituals. Children—who up until the age of three were required by custom to have shaven heads—were allowed to grow out their hair.

Boys of age five could wear hakama for the first time, while girls of age seven replaced the simple cords they used to tie their kimono with the traditional obi.

By the Meiji period, the practice was adopted amongst commoners as well, and included the modern ritual of visiting a shrine to drive out evil spirits and wish for a long healthy life.

The tradition has changed little since the Meiji period. While the ritual regarding hair has been discarded, boys who are aged five and girls who are aged three or seven are still dressed in kimono—many for the first time—for visits to shrines. 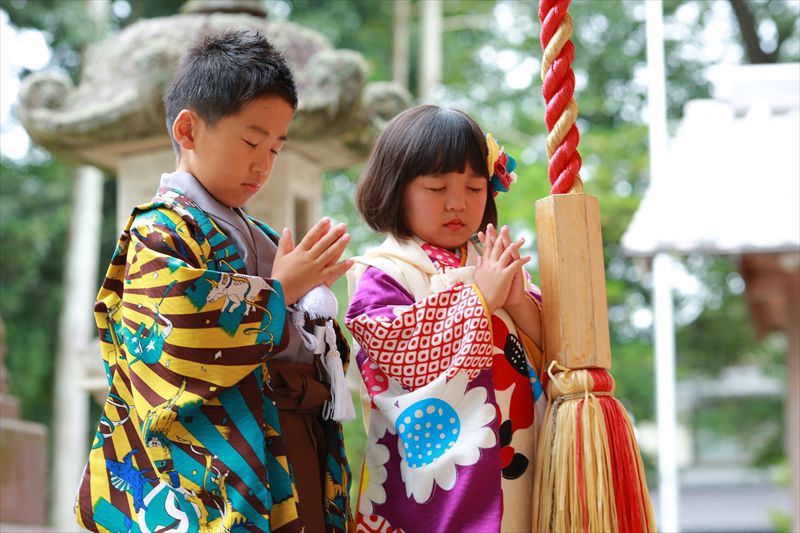 How do you celebrate?

At this festival, children are honoured by their families and blessed at a Shinto shrine.

It is given in a bag decorated with a crane and a turtle, which represent long life in Japan. Chitose ame is wrapped in a thin, clear, and edible rice paper film that resembles plastic. 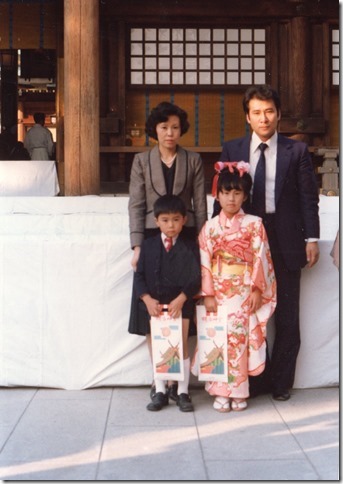 5 year old son and 7 year old daughter, both of them holding Chitose ame at Meiji Shrine in Tokyo in November,1981

Finally, “what’s the difference between shrine and temple” and “Ise Jingu, shrine” to be well-worth a visit, thanks