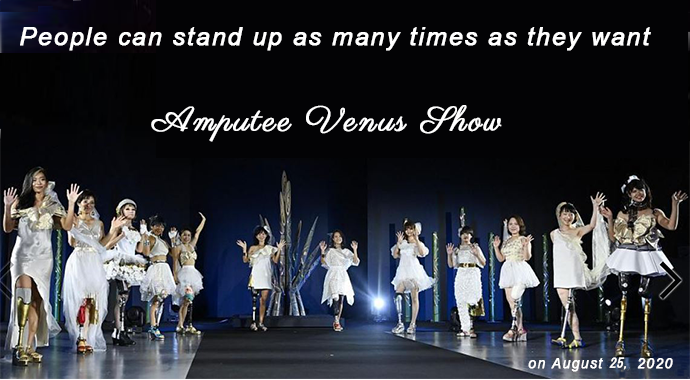 Hi everyone, how are you? On August 25, what do you guess the day of today is?

On that day when the Paralympic Games were scheduled to open, the women’s fashion show with artificial legs “Amputee Venus Show” was held and it was delivered online without any customers due to the new coronavirus.

Para-athletes send out a message that “people can stand up as many times as they want.”

I happened to see the show on the day and I was greatly impressed by their vivid perfomances which gave a senior whose age is over 70 like me tremendous courages and hope for tomorrow, so I’d like to report this.

Who organized the show for them?

Takao Ochi, a cameraman who continues to shoot para-athletes, and Fumio Usui, a prosthetist who handles para-athlete prostheses, want to deliver a positive message in response to the postponed Paralympic due to the new coronavirus.

The cast was 12 performers who a variety of faces including nurses and high school students.

There was Hitomi Onishi, who participated in the 2016 Rio de Janeiro Paralympics.

There was also Kaede Maegawa, who finished fourth in the long jump in the 2016 Rio de Janeiro Paralympics. 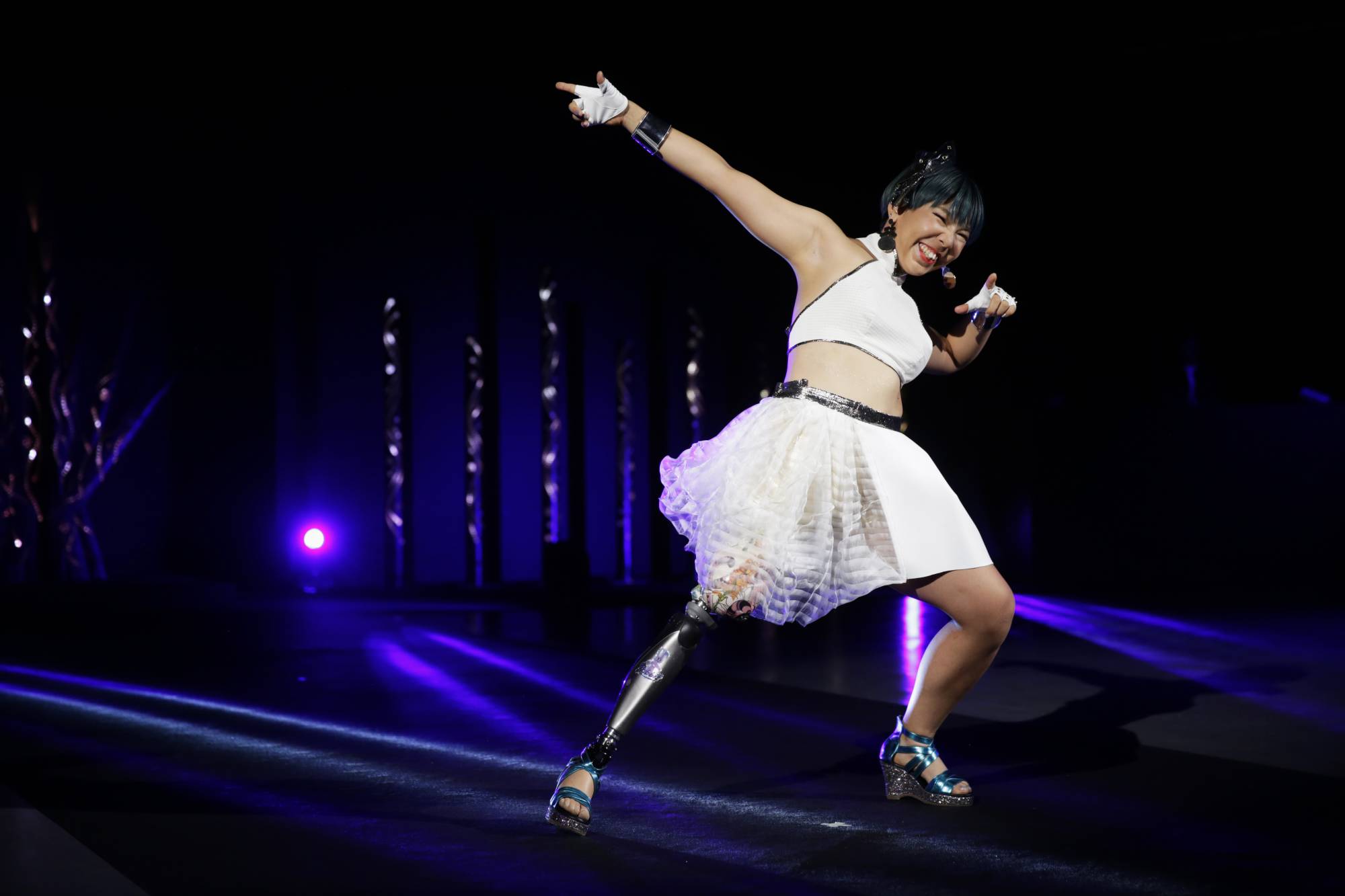 And Ms.Amane Maekawa 18, a model who has been working to hide her prosthetic leg, also appeared with a smile. 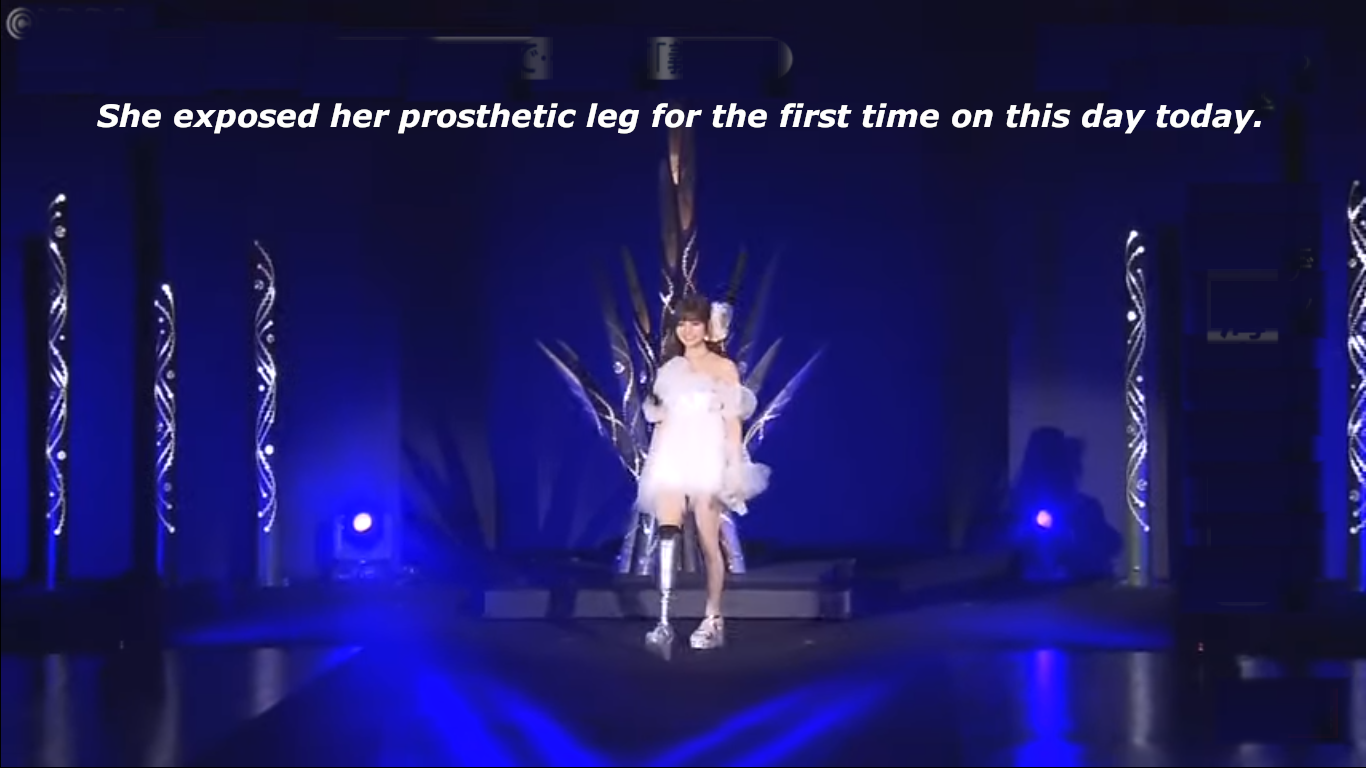 At the age of 12, she was a model for a children’s magazine until she had her knee amputate due to an incurable disease of unknown cause.

A runway was set up at a venue where twelve women in LED-lit and gold prostheses walked on the runway to express each person’s individuality with unique prosthetic legs and costumes. 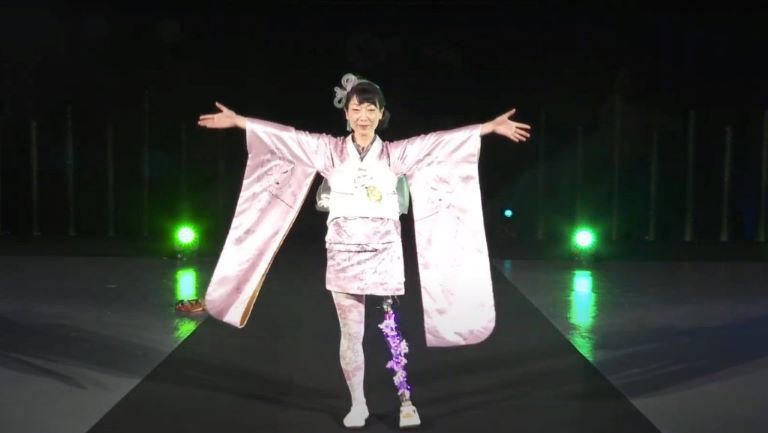 “As the performers who once experienced adversity stepped out with confidence, they can regain their hope even in difficult times,” he said. 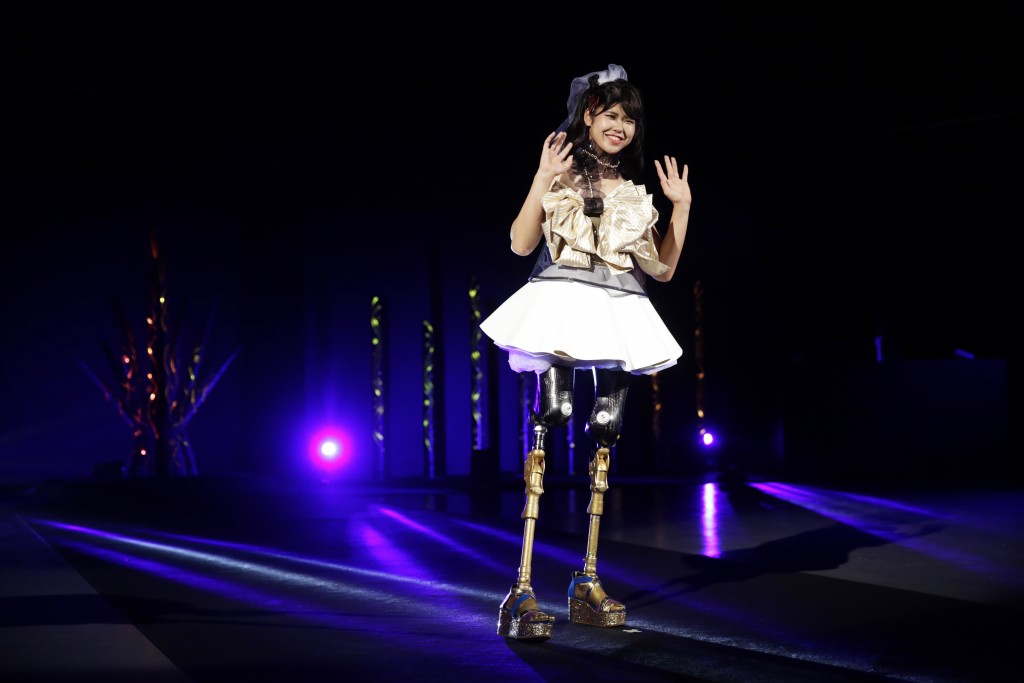 It featured a dozen models with prosthetic legs who came down the catwalk wearing the latest fashion. 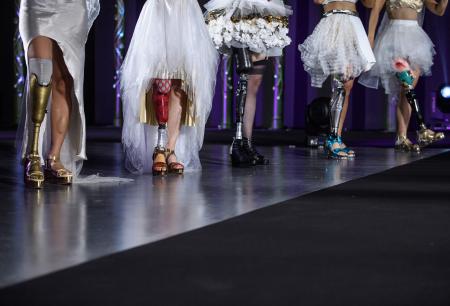 “Thanks to the show it sank in that there is only one year left until the Paralympic Games,” Maegawa said. “When I was rehearsing, I felt like I was attending the opening ceremony and almost cried. The show was such a great opportunity for me.” 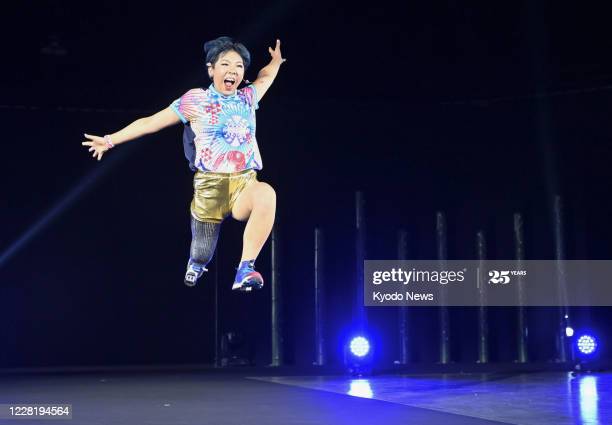 “In next year’s Paralympics, safety and security are important,” said Takao Ochi, who organized the show. “One of the purposes of holding the fashion show was to overcome the coronavirus.”