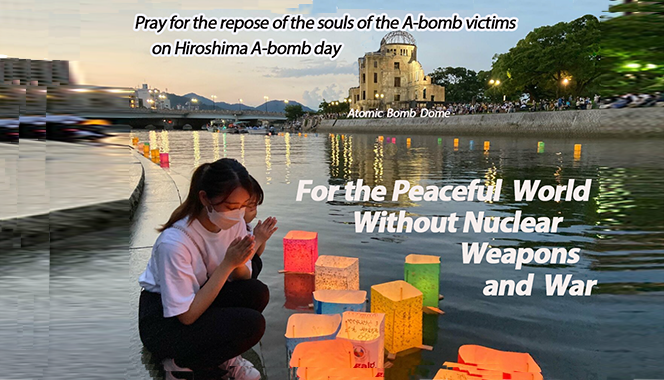 The high school peace messengers have been calling for the abolition of nuclear weapons and the realization of a peaceful world. 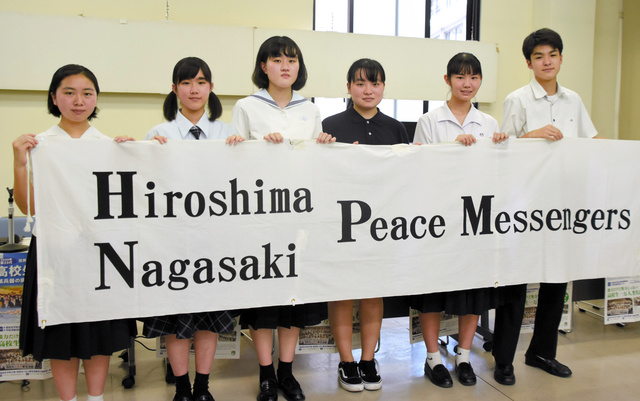 This year marks the 25th year of delivering signatures to the United Nations asking for the abolition of nuclear weapons. The number of “High School Ambassadors for Peace or peace messengers,” which started with two students in Nagasaki, has exceeded 400 in total, and the number of signatures they have delivered exceeds 2 million.

The nuclear threat is growing and the reality is grim, but “we are not powerless, even though we may be small. With this slogan, the activities of these young people continue. 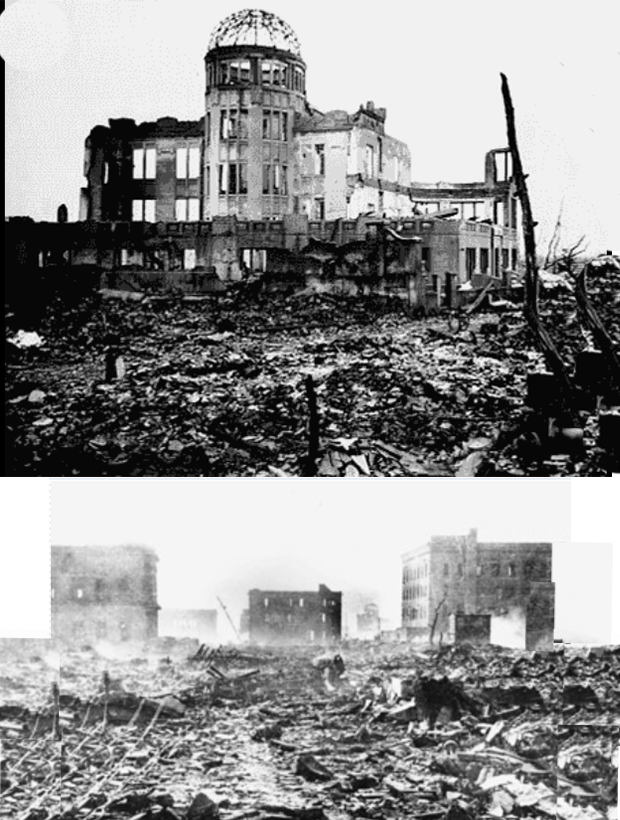 shades of atomic bombing in August 1945

A high school student holding a thousand paper cranes and speaking for nuclear abolition, and a university student wearing a victim’s kimono, were among the young Japanese who made speeches in Vienna, Austria, where the first session of the Parliamentary Assembly for the Convention on the Prohibition of Nuclear Weapons was held in June.

When I first started, I couldn’t have imagined such a scene,” said Mr. Hirano, 75, co-chairman of the dispatch committee, who has been leading the activities of high school peace ambassadors, who are regarded as the pioneers of the youth movement for nuclear abolition, said, “I can see their eyes are starting to shine. 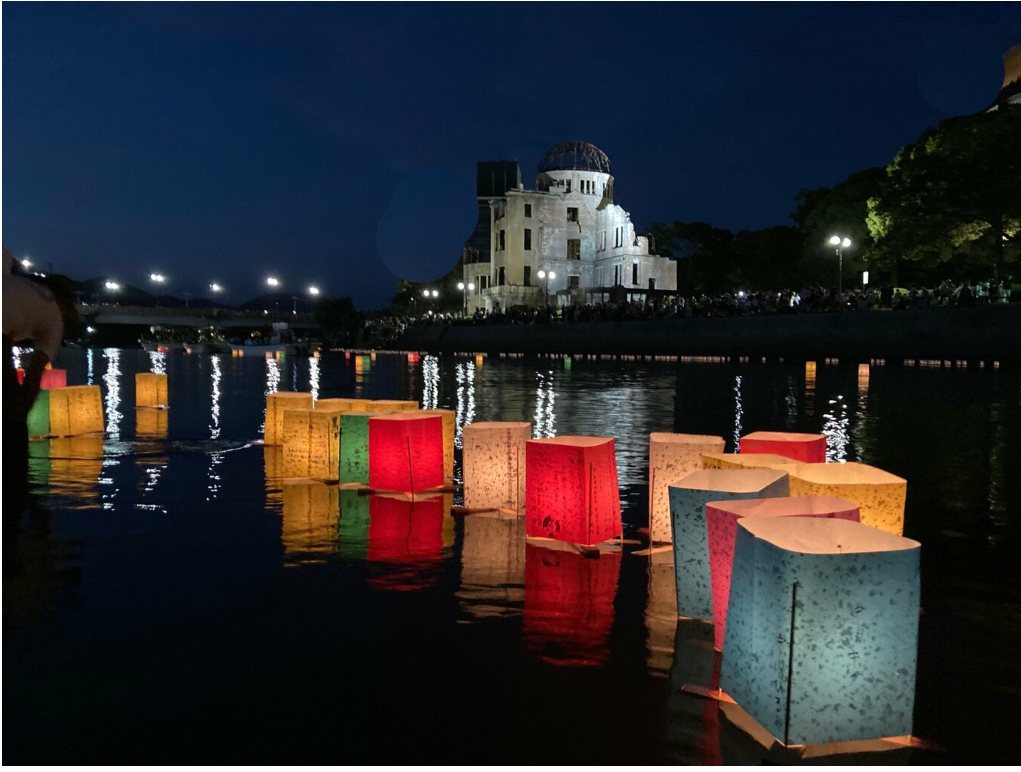 What’s the motive of “peace messengers” this slogan’s drive?

The impetus for his activities came in May 1998, when India and Pakistan conducted nuclear tests. They collected anti-nuclear signatures in Nagasaki and delivered them to the UN headquarters in New York, U.S.A.

With the aging of A-bomb survivors already becoming an issue, there were no young people present at the peace activities. We need to involve the younger generation,” he said in a public appeal.

Since 2000, the signatures have been delivered to the European Headquarters in Geneva, Switzerland, where the Conference on Disarmament Issues is being held, and in 2002, a representative of the ambassador had the opportunity to make a speech at the conference.

High school students who were not selected as ambassadors also got involved, starting the “10,000 High School Student Signature Drive” on the streets in 2001. A total of about 6,000 students have participated so far. 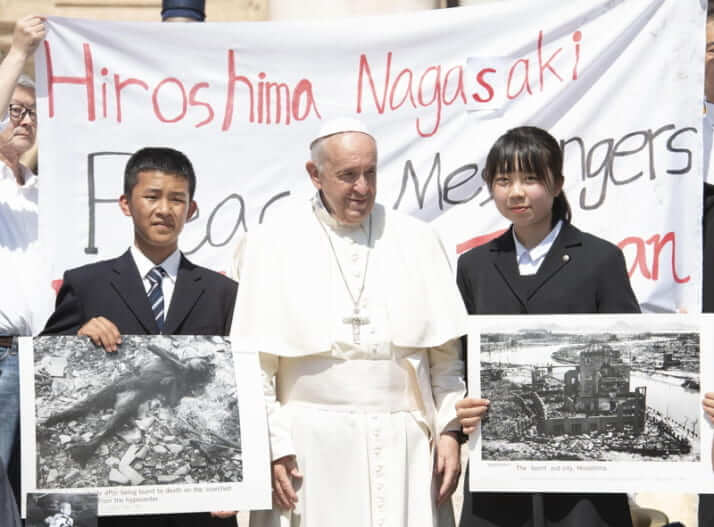 Two high school peace ambassadors visited Vatican City on June 16,2002 to participate in the papal general audience. The two Ambassadors for Peace, holding photographs taken immediately after the atomic bombing, made a direct appeal for the realization of a nuclear-free world.

Mr. Fujimoto, 38, a high school student from Nagasaki City, who was involved in the campaign while still in high school, recalls, “There were times when I cried because I was criticized (by people in different positions). When the ambassador delivered the signatures I had worked so hard to collect, my heart was filled with emotion. 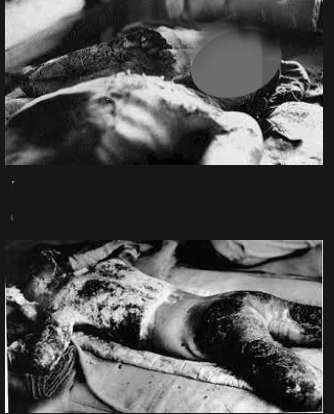 The ambassadors, who used to be mainly Nagasaki high school students, have been selected from outside the prefecture since 2005, the 60th anniversary of the atomic bombing. Since 2011, the year of the Great East Japan Earthquake, students from the affected areas have been included. 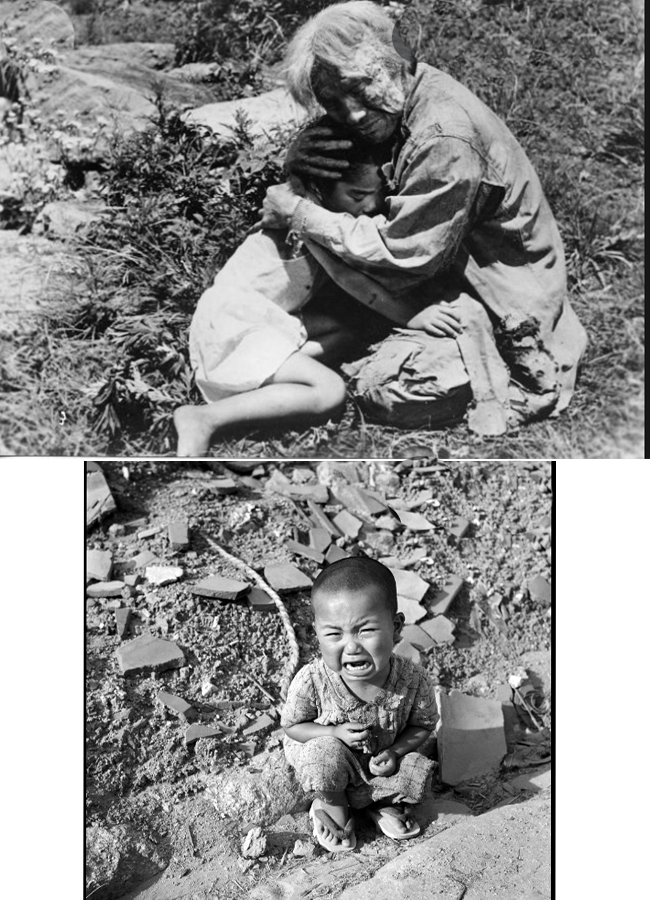 In the past two years, the signature drive has been restricted due to the new coronary disease, and a visit to the United Nations was also postponed. Still, he has made efforts to disseminate information online, and “I did my best to find what I could do,” said Osawa, 19, who was elected in 2008.

While the nuclear threat has increased, including Russia’s invasion of Ukraine, and there is a sense of helplessness in the anti-nuclear movement, Mr. Hirano hopes that the ambassadors will be a “small force” in leading the international community toward nuclear abolition. 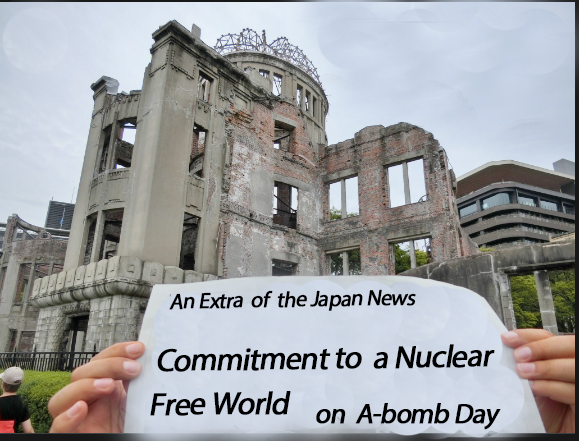 For further information, please visit “Denuclearization and Peace are strongly called for by Atomic Bomb Victims in Hiroshima & Nagasaki“, and “Let’s overcome many tragedies and difficulties of the world including Hiroshima & Nagasaki, and through Olympic Games with human development by sports and world peace“, thanks 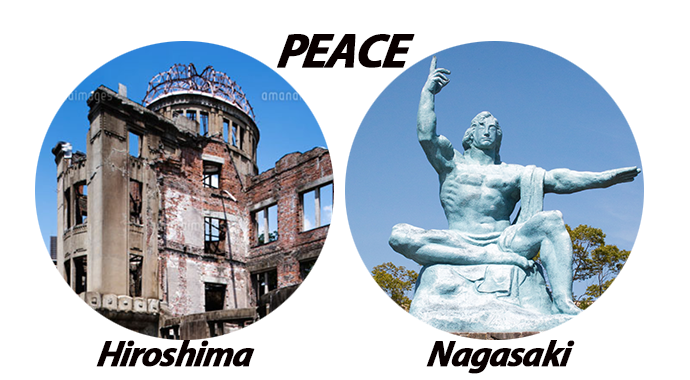