ホーム » Sorry, very sorry as saury is beyond our reach. Reversal Phenomenon happening 2020 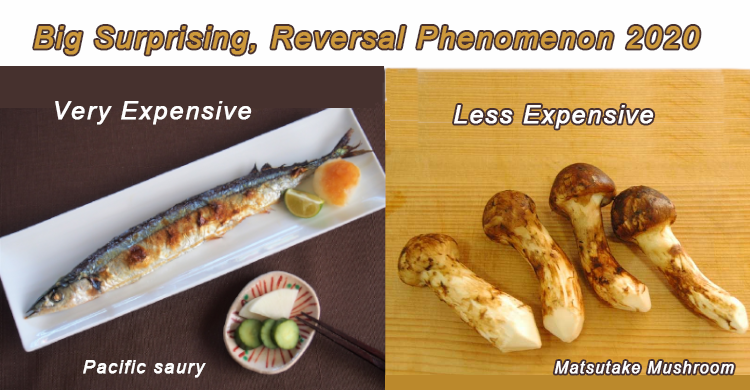 Hi everyone, how are you? It’s time to feel that the hot summer is almost over, and autumn is just around the corner.

Even if we just imagine the smell of the saury and Matsutake that are grilling over charcoal, they make us our mouth water.

There is, however, a strange phenomenon happening about them this year.

So I’d like to take the unusual phenomenon as the topic today, because there is a reversal phenomenon.

What does it mean “reversal phenomenon”?

The prices of pacific saury and Matsutake have been reversed due to various factors.

Pacific saury (“Samma” in Japanese), grilled saury has long been thought of as an affordable autumn staple and almost all Japanese people have been enjoying it since olden times when autumn comes every year.

Saury is usually salted and grilled, garnished with grated daikon radish and Yuzu (a small citrus fruit), or a wedge of lemon.

The main reason for its popularity is that it is reasonably priced.

And we grate the radish and sprinkle with yuzu and soy sauce. It’s so delicious that we can’t beat it when it comes to the taste.

What’s the big trouble about the saury, then?

As we look forward to eating autumnal dishes, worries are emerging that the Pacific saury may become prohibitively expensive as stocks decline due to climate change and overfishing by neighboring countries like China and Taiwan.

The fish, caught from July to December and sold widely around Japan with very reasonable price around 100 Yen ($0.94) each, is a fall staple.

But poor catch pushes up price of Pacific saury as shown below photo,

We bought the saury at a price of 100 Japanese Yen (sometimes 200 Yen for big and fat on it) several years ago, so this price is 65 times or 33 times for the latter fish.

It’s awfully sad to see that the saury is out of our reach.

Matsutake mushrooms are not so easy to eat as they have been called “high-priced flowers” (in English, it’s out of league) for a long time. 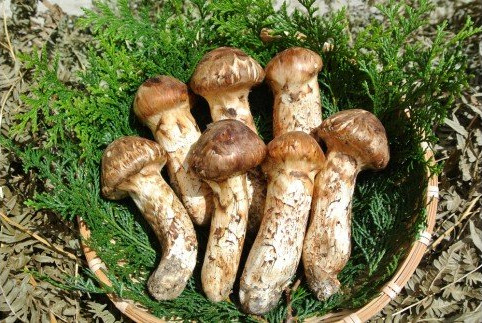 So why is matsutake so expensive? 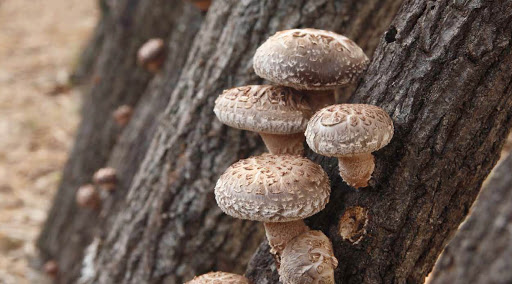 There are two major types of mushrooms: decay fungi that grow by receiving nutrients from decayed wood, and mycorrhizal fungi that parasitize the roots of living trees.

The familiar mushroom is a decaying fungus.

Cultivation of rot fungi is relatively easy, and it can be artificially cultivated by planting the fungus on a cut tree or creating a bed of hardened sawdust.

On the other hand, Matsutake mushrooms are mycorrhizal fungi, and they cannot grow artificially because they grow mainly in symbiosis with Japanese red pine.

It can be cheaper if you can artificially cultivate it, but since it uses natural ones, the harvest is unstable and the price will inevitably increase. 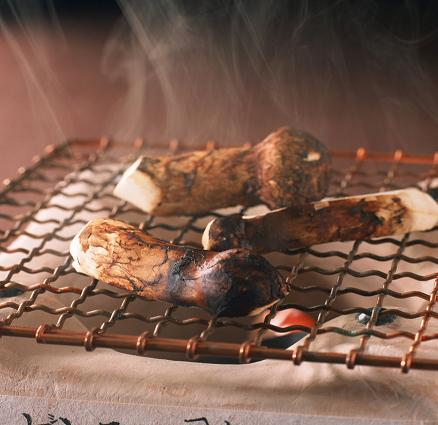 Matsutake mushroom is a light-tasting mushroom, so delicious, and it has a good fragrance, excellent chewy texture and no characteristics which we feel disgusting, so it is pleasantly accepted by everyone.

Second, there is a problem that we can’t find them easily even when we try to pick them in harvesting season. 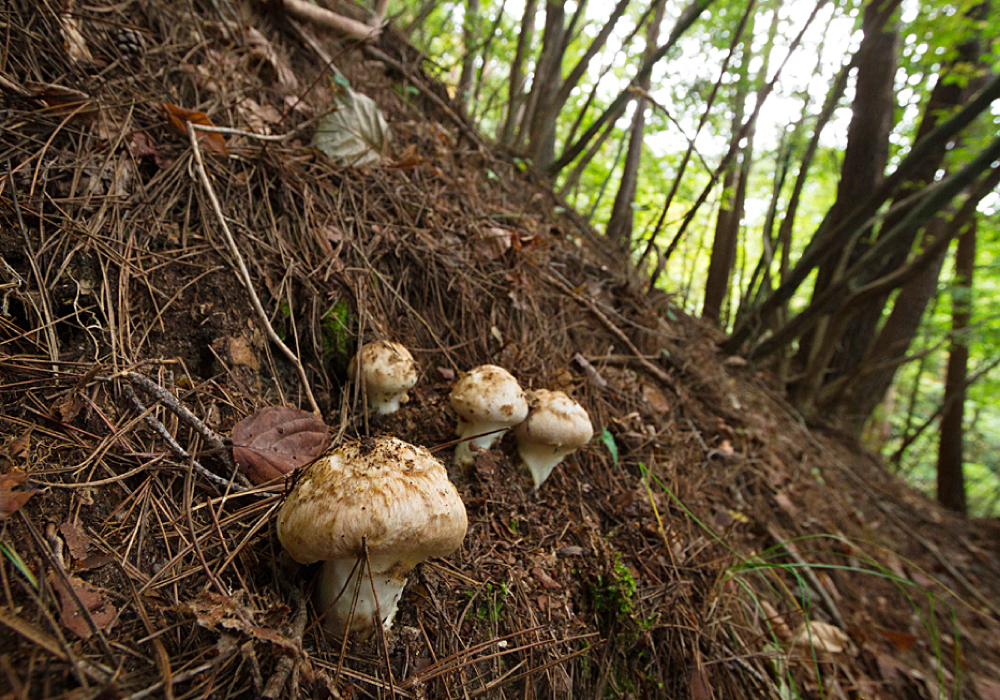 The reason why is that the environment of the earth is deteriorating, but it is due to the devastation of the mountain where pine mushrooms grow, which is no longer used by humans.

If we used mountains to collect woods as an energy source to use stove for heater or oven to cook for our lives as in the past, the environment would be suitable for growing pine trees, and matsutake mushrooms would have sprung up.

But almost nobody goes in the mountains, which means no maintenance could be done, that’s because we use conveniently electric or gas heater, electric oven and so on. 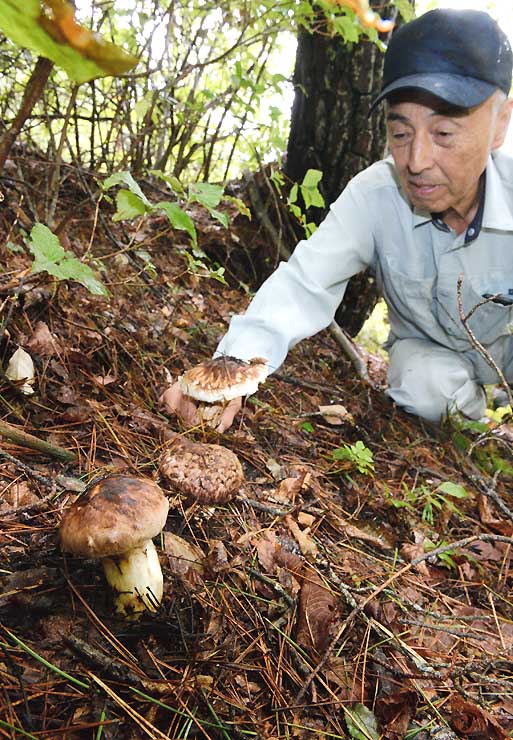 Here’s favorable news, however, that good harvest of Matstake is 100 times more than the same period last year.

Once Matsutake was specified as an endangered species on the Red List of the International Union for Conservation of Nature.

The person in charge of the fruits and vegetables said that the reason why the harvest was large was that the rainy weather and the not too hot weather that followed in July were suitable for the growing conditions.

As a natural consequnece, the price would be nealy half of that last year, he says. 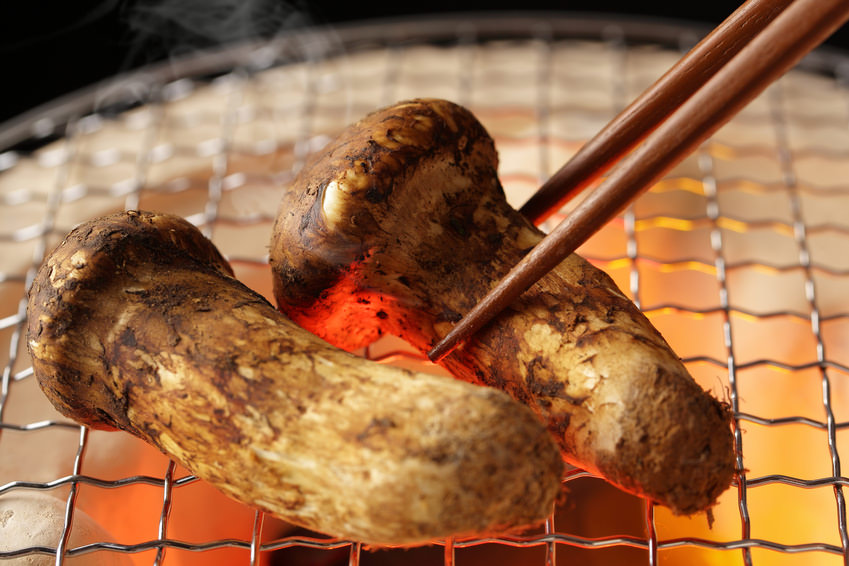 Finally, we hope this rare phenomenon would return to what it was befoe and enjoy the autumnal taste.