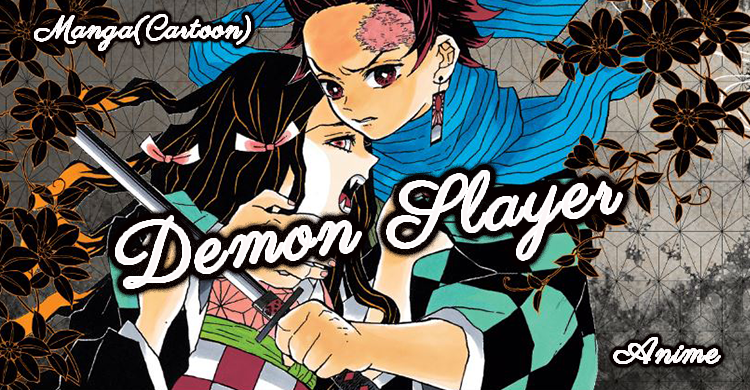 Currently, with the novel coronavirus pandemic turmoil all over the world, we are presenting an exhilarating manga/anime “Kimetsu no Yaiba“ that blows the blues off when we are in the midst of uncertainty when it will end.

Hello Messrs. ＆ Mses. Japanophiles.  how are you doing? As I mentioned in the introduction, we are in really depressed and unpredictable mood globally since the outbreak of novel coronavirus.

I read the manga (it’s a universal word meaning a style of Japanese comic books and graphic novels for all of ages, in other word, comic or cartoon strip, whose Japanese title is “Kimetsu no Yaiba” that gave me a refleshing feeling discharged from the present melancholy.

According to an update collected by the Johns Hopkins University as of April 1, 2020,
US fatalities exceed China’s tally, with more than 3,400 deaths, as Spain, UK and France report record rise in toll.

That means the US now has the third highest death toll after Italy and Spain, and the highest number of coronavirus cases in the world with more than 175,000.

Further restrictions on movement are being considered in the US to curb the spread of the virus, with the country now reporting twice the number of cases as China where the outbreak began late last year. 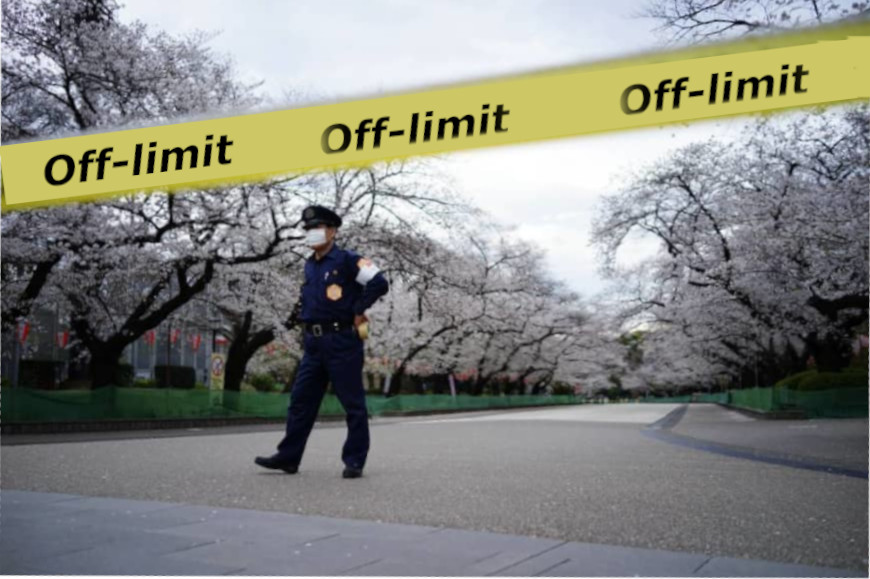 A security person stands guard at the famed street of cherry blossoms which is closed as a safety precaution against the novel coronavirus at Ueno Park in Tokyo, March 31, 2020.

The new coronavirus causes mild or moderate symptoms for most people, but for some, especially older adults and people with existing health problems, it can cause more severe illness or death.

Spring has arrived and the cherry blossoms have started to bloom. Instead of the usual revelry, authorities are encouraging air of self-restraint when it comes to this year’s blossom viewing parties. 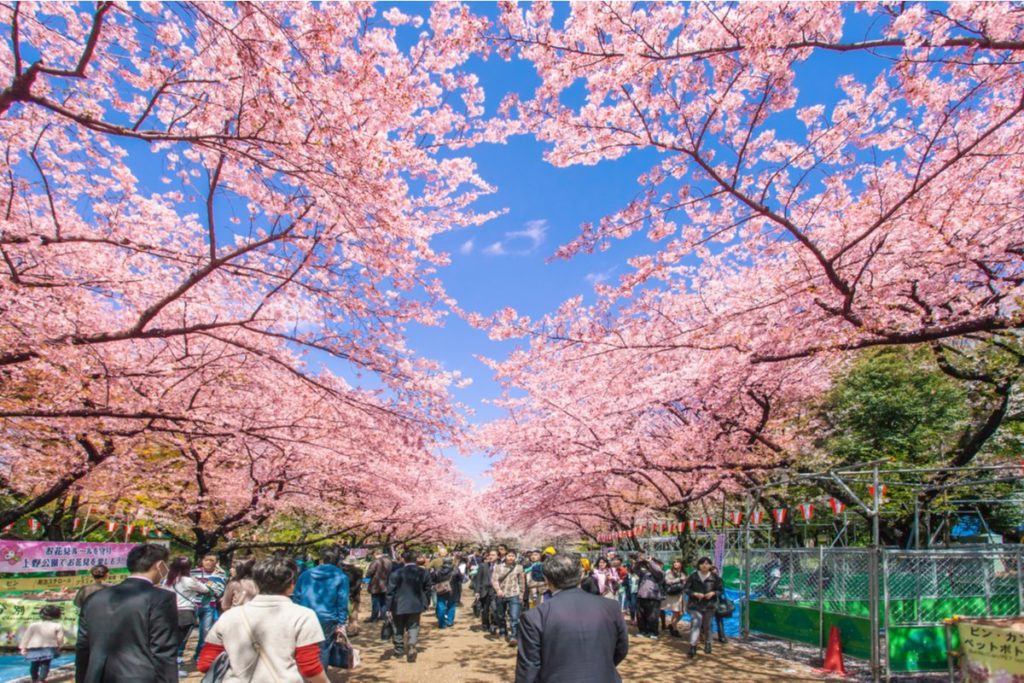 “We humbly request that you refrain from parties accompanied by eating and drinking”, was the request that came from the Tokyo Metropolitan Government, though a few people indulged anyway.

It has become more difficult to hold not just large-scale events but also small-scale events.

That means sports events, graduations and even smaller home parties have to be either canceled or postponed.

As of March 29, people in Japan are at least still able to leave their homes. Other countries have seen city lockdowns and some here worry there could be a lockdown of the capital if a state of emergency declaration is called by the government.

For now, the authorities are just asking that people work from home as much as possible, especially if your work is considered nonessential and nonurgent.

Economists have watched the Nikkei Stock Average go down as the spread of contagion rise. Headlines reading drop in stock value have led to fears of a likely recession, and if the coronavirus doesn’t affect you, the bad economy will face ahead.

Anyway, let’s see a fun manga/anime (Demon Slayer) that makes us discharged from all the jitters and haziness.

The original manga series by copyrighter “Koyoharu Gotoge” started its run in the Weekly Shonen Jump comic anthology in 2016. It is his first serialization.

Tanjiro’s family is brutally slaughtered by a demon, and his younger sister is transformed into a demon herself. He fights demons to bring her back to human form.

Let’s have a quick look at the short-trailer.

According to entertainment data tracker Oricon Inc.’s weekly comic sales ranking released on Feb. 7, all 19 volumes of “Demon Slayer” dominated the top 19 spots in the list between Jan. 27 and Feb. 4, setting an unprecedented record.

It is also currently boasting more than 40 million copies in circulation, according to the publisher of the series, Shueisha Inc.

The manga also won the top spot on Oricon’s estimated annual comic ranking chart by series in 2019. It became the first title to beat “One Piece,” which had remained on the No. 1 spot for 11 consecutive years since Oricon started publishing manga ranking charts in 2008.

Meanwhile, 25 words related to “Demon Slayer” were included in the list of the top 100 internet buzzwords in 2019, including: “Tanjiro Kamado,” the protagonist’s name; “Demon Slayer Corps,” a demon-killing organization to which Tanjiro and others belong; and “Twelve Kizuki,” a group of formidable demons.

The anime is based on a manga of the same name currently running in the Weekly Shonen Jump comic magazine.

The first exhibition themed on the “Demon Slayer: Kimetsu no Yaiba” animated TV series will kick off at the Matsuya Ginza department store in Tokyo on March 20

The exhibition will run until April 7 on the eighth floor of the department store before moving to other venues across the country, however it was suddenly canceled due to the COVID-19.

Originally, visitors to the event can use a large screen to gain an immersive experience of various breathing techniques performed at one of scenes in the story.

And I’m afraid I have to inform that the date when the postponed exhibition will be planning to hold has not yet been announced.

In addtion, we don’t have any idea that the anime on TV is aired.

Wishing to come to the day we would enjoy the exhibition and broadcasting on TV as early as possible, after the story’s protagonist exterminates detestable viruses below. 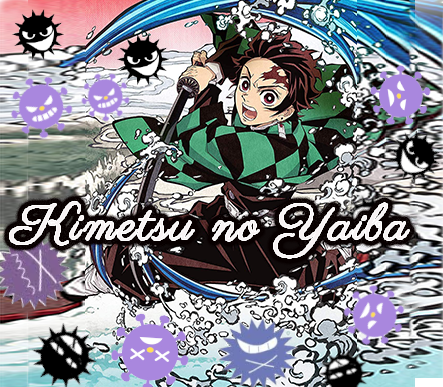 Finally, we have “Samurai” to be well-worth browsing, thanks

I was born in September 16, 1946 in Nagano Prefecture. After I've had a life full of ups and downs, turns and twists, I've started to acquire affiliate business along with writing blogs when I turned 70. I've still been learning it for over 4 years but I found it well-worth learning it. I'm now in good condition as I engaged in excercising rope-skipping, swimming and eating a little with a bottle of wine almost every day. I'm quite happy now..