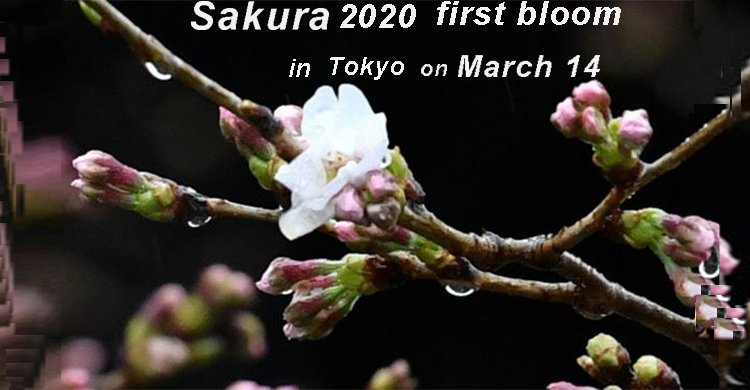 Hi everyone how’s life treating you?   I’m very happy to report you、the report that will make us brighter today that “Sakura 2020” Cherry blossoms began blooming in the Tokyo area on March 14, even when it was rainy cold day and while the world is sick of the depressing coronavirus.

The announcement was made on cherry blossoms at Yasukuni Shrine in the capital’s Chiyoda Ward.

At 2 pm, officials of the regional headquarters counted the five to six flowers that had opened, breaching the benchmark figure used to announce the news.

Ironically, the weather in central Tokyo on March 14 was not typical for “hanami” cherry blossom viewing as sleet fell mixed with rain.

The temperature at 2 pm was just 2.5 degrees Celsius (36.5 degrees Fahrenheit).

The Tokyo announcement was the first based on somei-yoshino cherry trees in Japan this year.

Until now, the earliest announcement of the opening up of the cherry blossoms was on March 16 in both 2002 and 2013.

“The flowers began opening up earlier than usual because of not only the record warm winter between December and February, but also because of the higher-than-normal temperatures in March,” said an official with the JMA’s Tokyo Regional Headquarters.

According to a forecast by the Japan Weather Association, cherry blossoms in the Tokyo area are expected to fully bloom on March 23.

The Tokyo Metropolitan Government has called on people to refrain from holding cherry blossom-viewing parties in parks and along rivers banks managed by the metropolitan government in order to help prevent the spread of the new coronavirus.

This winter, taking the average temperature in central Tokyo for example was the third highest on record, at 8 degrees Celsius (46 Fahrenheit), meaning 12 days earlier than normal.

Therefore, we predict Sakura 2020 cherry blooming at various places besides Tokyo is as follows, 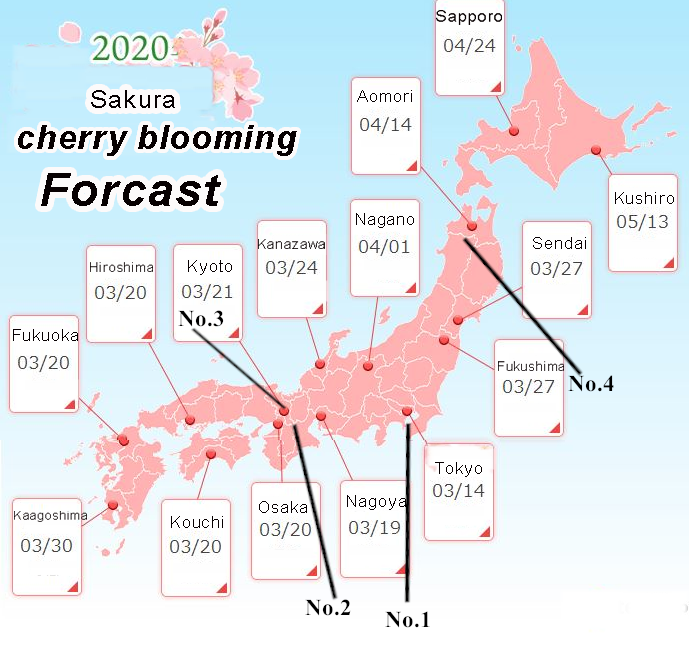 Here are “Hanami” (Cherry-blossom viewing) photos taken in 2019 as example below, 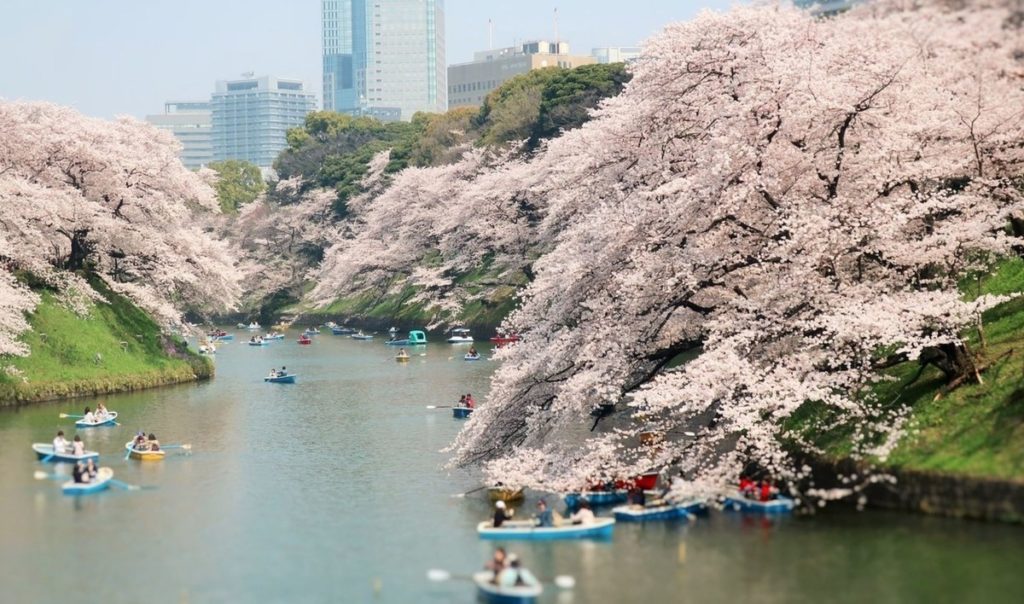 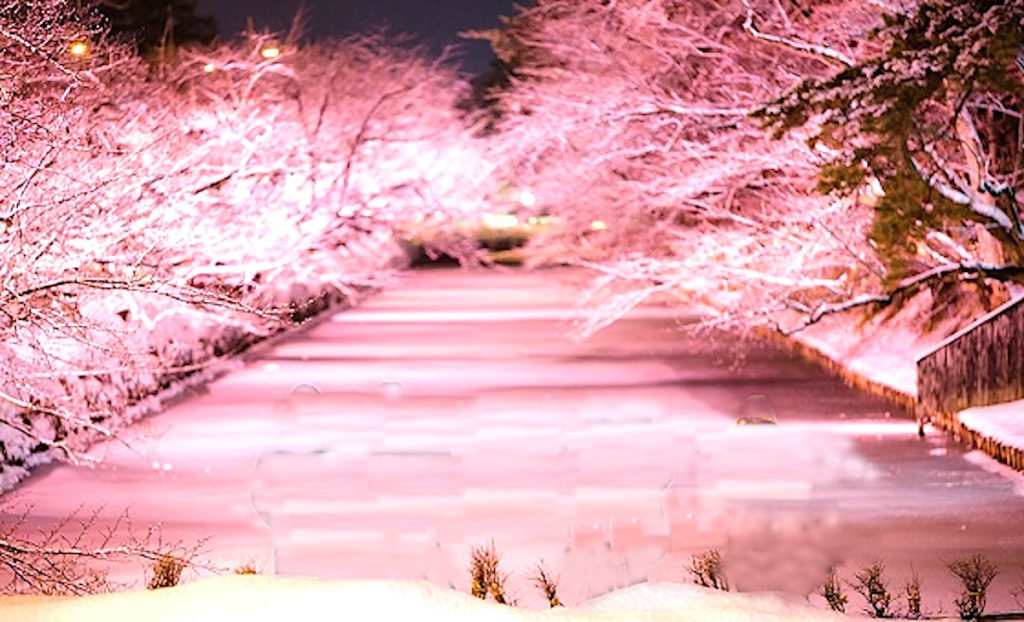 Japan scales down events due to New Corona virus, but Ehime-ken(Prefecture) sticks to hanami tradition

The ever-growing outbreak of COVID-19 is prompting some municipalities to urge cancellations of hanami parties, the annual Japanese tradition of picnicking and carousing while enjoying the ephemeral beauty of cherry blossoms that start gracing parks and riversides once spring arrives.

But Tokihiro Nakamura, governor of Shikoku’s Ehime Prefecture, said Friday he was having none of it.

In a meeting held to discuss emergency economic measures to salvage local businesses hurt by virus fears, the governor reportedly clarified that the prefecture will not call for the across-the-board cancellation of hanami parties.

“Excessive self-restraint will only hurt the economy,” he was quoted by media as telling the gathering.

Instead of requesting the parties not be held at all, the prefecture reportedly will urge caution by setting up signs in parks asking cherry blossom revelers to avoid partying in large groups, wear face masks and be mindful of “coughing etiquette” recommended by the health ministry. 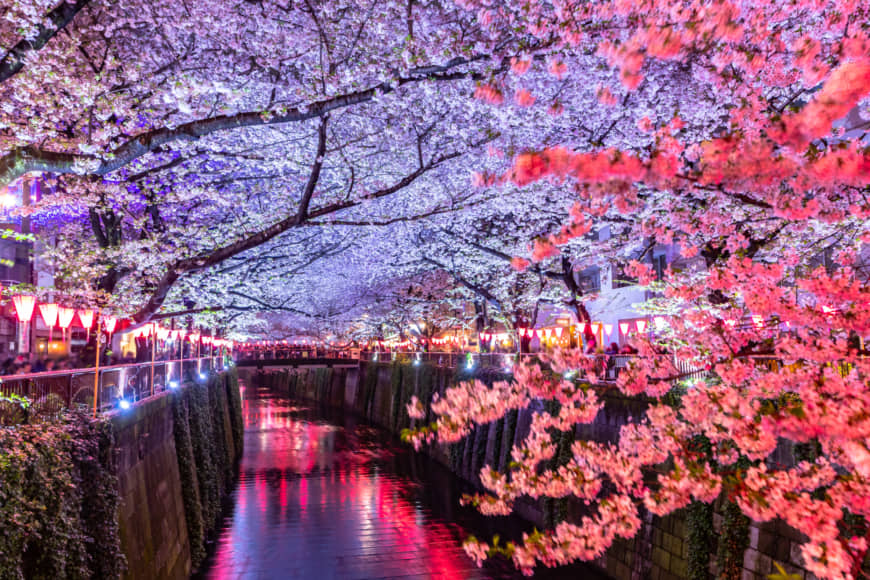 Beautiful lights at night with cherry blossoms or Sakura in season

Ehime’s move bucks a nationwide trend toward restraint initiated by Prime Minister Shinzo Abe’s calls for large-scale events to be scrapped, postponed or downsized to mitigate the risk of infections.

Some municipalities have already moved toward urging the cancellation of cherry blossom-viewing parties in light of the epidemic.

Growing momentum toward that end put a damper on what otherwise would have been a cause for celebration on Saturday when the Meteorological Agency confirmed the official arrival of the cherry blossom season in Tokyo.

This is reportedly the earliest arrival since records began in 1953, owing largely to the unseasonably warm winter that prevailed in Japan over the last several months.

Earlier this month, the Tokyo Metropolitan Government released a statement calling on residents to refrain from partying during the hanami season in parks and alongside the rivers under its jurisdiction.

Even those who merely want to enjoy the sight of cherry blossoms by taking a casual stroll under the trees are asked to be mindful of coughing etiquette so as to prevent the spread of infections, the metropolitan government said. 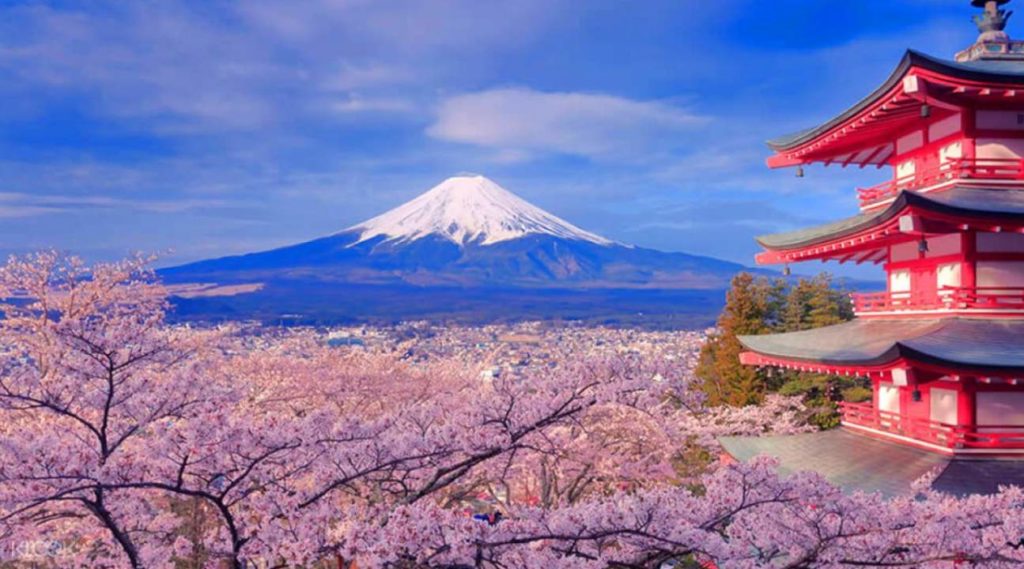 Tokyo Gov. Yuriko Koike lamented the toll the novel coronavirus could take on the seasonal tradition that holds a special place in the hearts of many Japanese.

Fears induced by the coronavirus outbreak are so rampant that even before Tokyo and Kanagawa unveiled their respective policies, there had been signs that this year’s hanami season was going to be a much quieter affair than usual.

A survey conducted by news site Weathernews before the Tokyo announcement showed that nearly 40 percent of its respondents said they will forgo attending hanami parties altogether.

This was followed by 33 percent who said they will join the parties but make some changes to their original plans, such as eschewing popular spots and settling for appreciating the flowers from inside their cars.

Finally, we have “Ohana-mi (Cherry blossom viewing” well-worth browsing, thanks