ホーム » A Very Rural Area Invites You to Heal your Mind 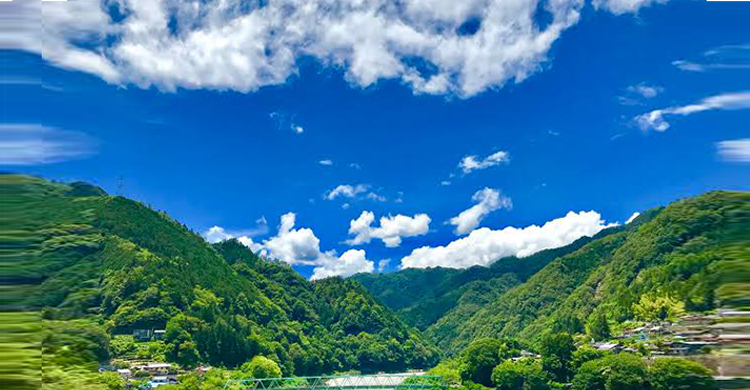 Hi Messrs. ＆ Mses. Japanophiles. how are you doing?   Today, I’d like to take you to the very rural area surrounded by beautiful mountains.

Speaking of Japan, you immediately think of the big cities like Tokyo, Osaka and historic Kyoto, Mt. Fuji, and advanced technologies and so on, but there are places that are the exact opposite to those in Japan.

Today’s topic is therefore, “Tenryū-mura” (village), the mountainous regions away from noisy cities.

Where’s “Tenryū-mura”, one of the most rural area? 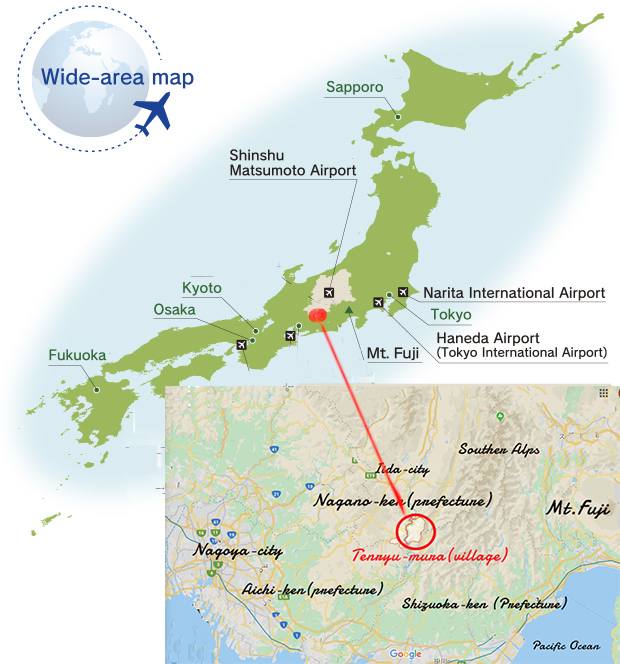 Tenryū-mura is located at the southernmost tip of Nagano-ken and it is on the border between Shizuoka-ken, Aichi-ken and Nagano-ken. 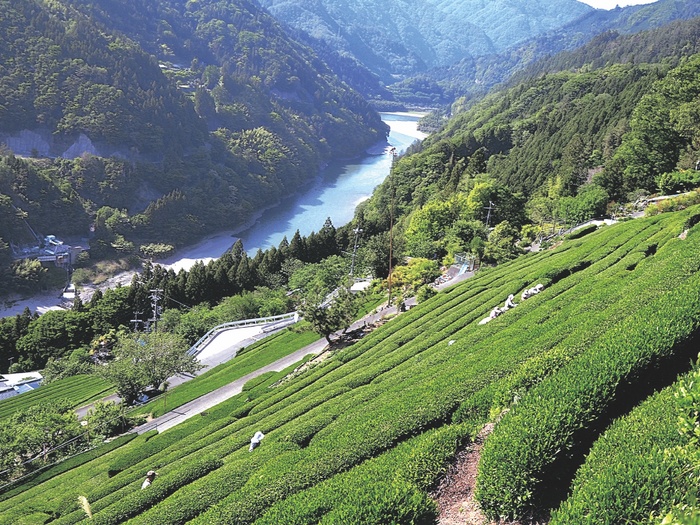 Tenryū Village is surrounded by mountains, and the Tenryu River runs around its center of the village.

The Tenryū River is a river flowing down from Lake Suwa to Pacific Ocean through in central part of Japan. With a length of 213 km (132 mi), it is Japan’s ninth longest river.

Lake Suwa-wise, it was referred to as “Switzerland in the Orient” and we have a blog “Lake Suwa under cloud sea and Mt. Fuji in the background at twilight” being well-worth visiting, thanks 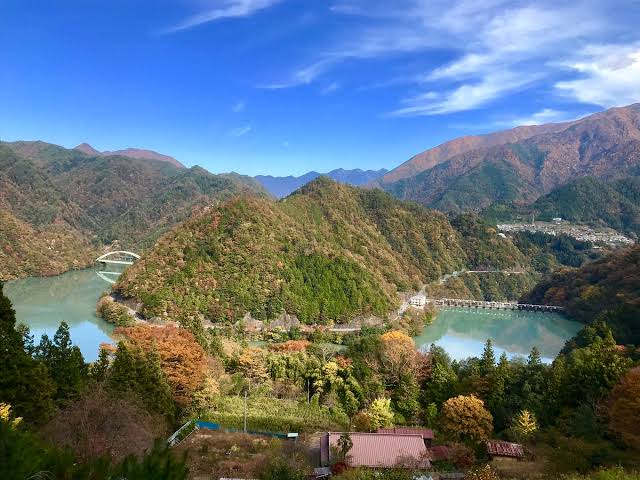 The Tenryū River is the only river exiting Lake Suwa. It follows a generally southern course.

The upper reaches of the river in the Ina Basin of Nagano Prefecture is a rich agricultural area.

The river exits through a gap between the Kiso Mountains (Central Alps) and the Akaishi Mountains (Southern Alps), which forms the border between Shizuoka and Nagano Prefectures.

This area is characterized by heavy rainfall (up to 3000 mm per year) and deep V-shaped valleys. 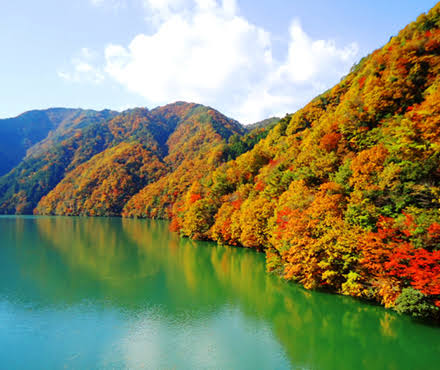 Continuing south through Shizuoka Prefecture, the river drains a wide coastal plain noted for fruit and rice production, where is called Hamamatsu-city.

Hamamatsu-city is known for its eel dishes farmed at Lake Hamanako. In addition, it is also a famous place in the world for musical instruments such as piano.

Back to the river, Tenryu river has been notorious for the violent Tenryū that had given so many damages when we had heavy rains but since mostly after World War Two there are about 20 hydroelectric dams that had been built, among which is well-known as Sakuma-Dam. 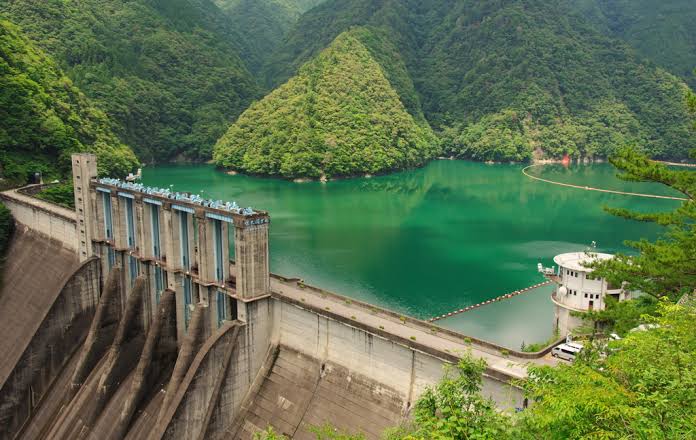 The potential of the Tenryū River valley for hydroelectric power development was realized by the Meiji government at the start of the 20th century. The Tenryū River was characterized by a high volume of flow and a fast current.

★ Silence—we enjoy total quietness. A song of a bird or insect is the only noise that disturbs the tranquillity of rural life. We can be completely away from hustle and bustle of city life.

★ Clean air—we are perfectly happy to breathe true-meaning clean air, not contaminated with poluted air as there are few cars in this countryside. 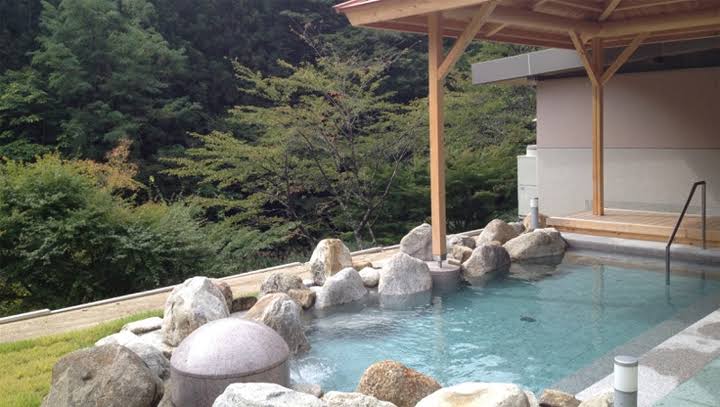 ★ Star－studded sky—As you can imagine, the village is situated in the higher mountains, so Tenryū-mura’s height is 308m (1010ft). In addition, because of clean air, let’s enjoy the shining stars in the night sky. 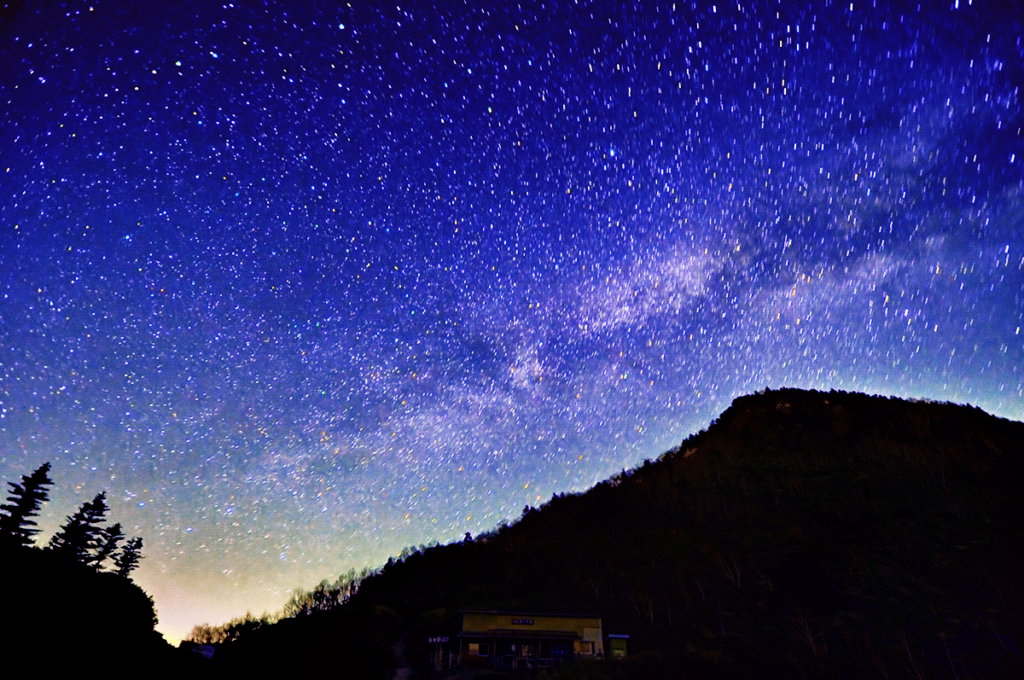 ★ Picking tea-leaves at Nakai samurai—You probably find it surprising to pick the tea leaves on the steepest slope near Nakai samurai station on the Iida JR Line, for which is well-noted one of deserted stations.

There are tea farmers in the prefecture that boast the highest quality. However, the shortage of tea farmers due to aging has become a major issue.

We want to leave beautiful scenery and tea which is a specialty of the village for the future!

This is a tea-picking farming experience tour in which migrants and the Nakai Samurai area team up.

Buppōsō is a migratory bird. When it gets warm, they come to Japan from Southeast Asia for breeding, fly to forests in the mountains of Japan, and visits Tenryu Village in early May each year.

They like places with large cedar and cypress trees. Come here, pair, lay eggs, and both male and female cooperate and raise children.

The chicks fledge nest from mid-July to early August. After the breeding is over, they usually leave Japan in the fall.

It is a village bird of Tenryu Village. Bupouso is a valuable bird that has been designated as an endangered species on the Red List of the Ministry of the Environment and a natural monument in Nagano Prefecture. 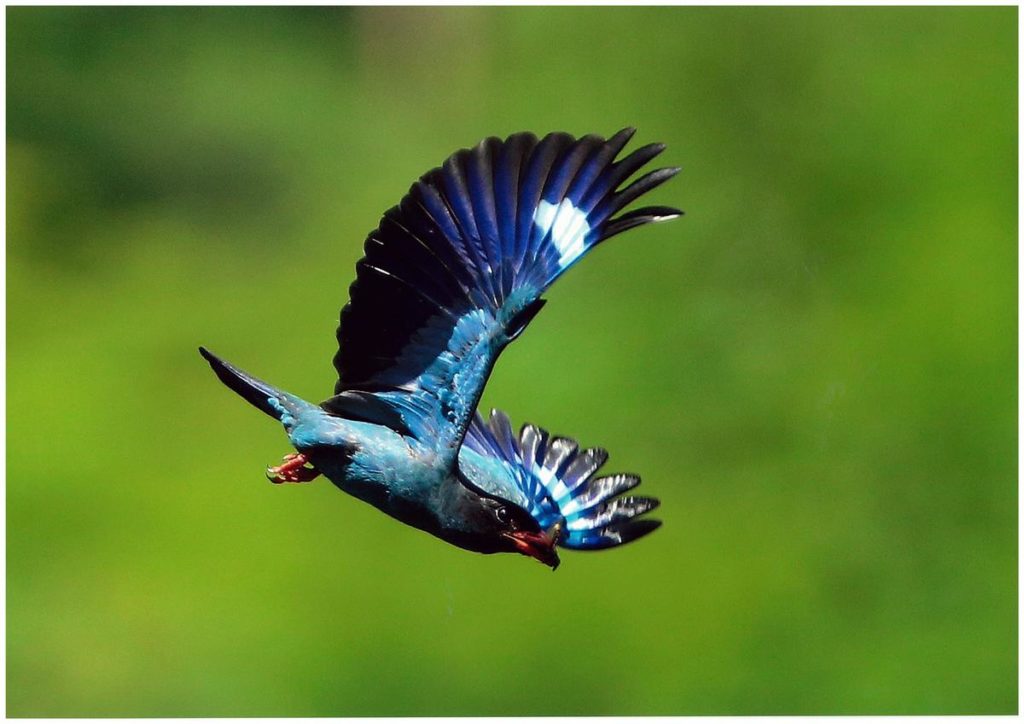 Bupouso is about 30 centimeters in length, and is characterized by white spots on its wings when flying with a brilliant green body and orange beak. So it is called “green jewel”. 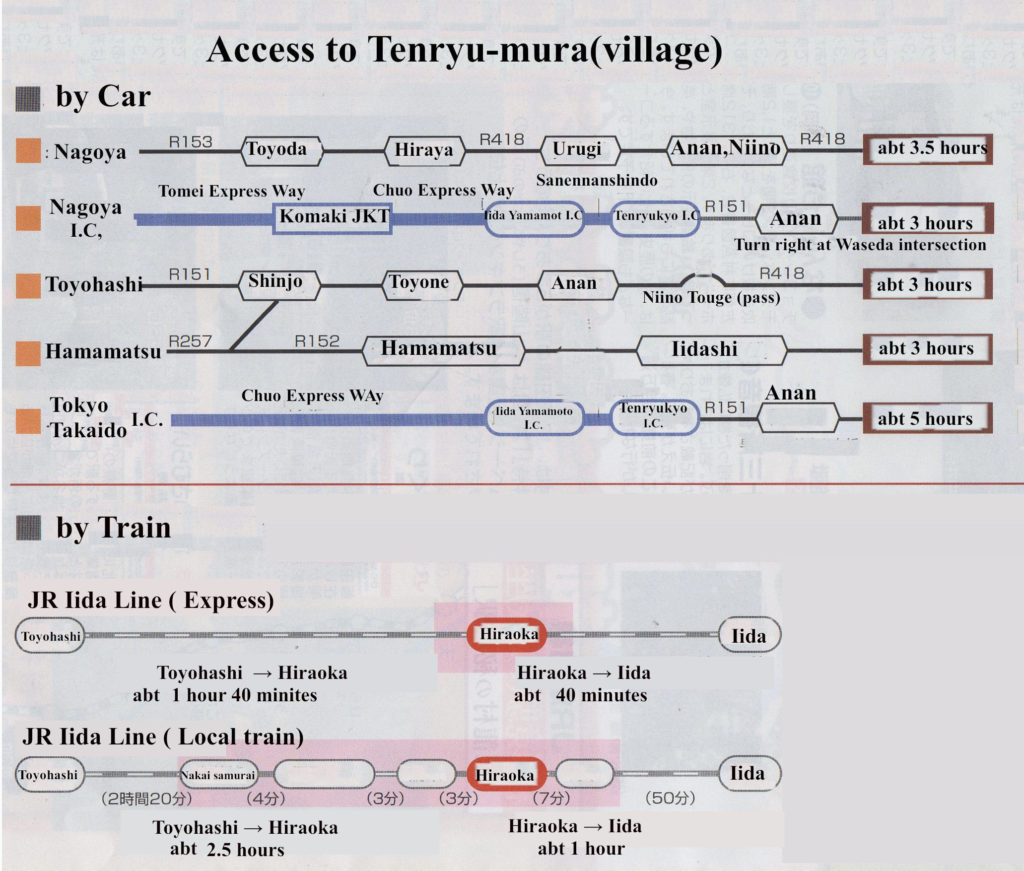 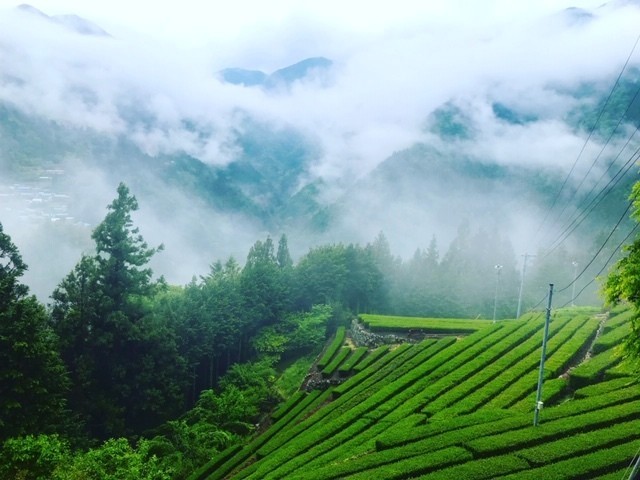 Well, telling the truth, I once used to live Tenryu-mura about 60 years ago.

As my father was a primary school teacher who was forced to transfer to a branch school where it was situated in the deep deep mountain, when I was an elementary school’s pupil, I was there for four years.

Since there was no road for cars, I used very often to carry rice, miso, and daily necessities on my back from the nearest station, the deserted station now; Nakai samurai which I talked about the picking tea-leaves. 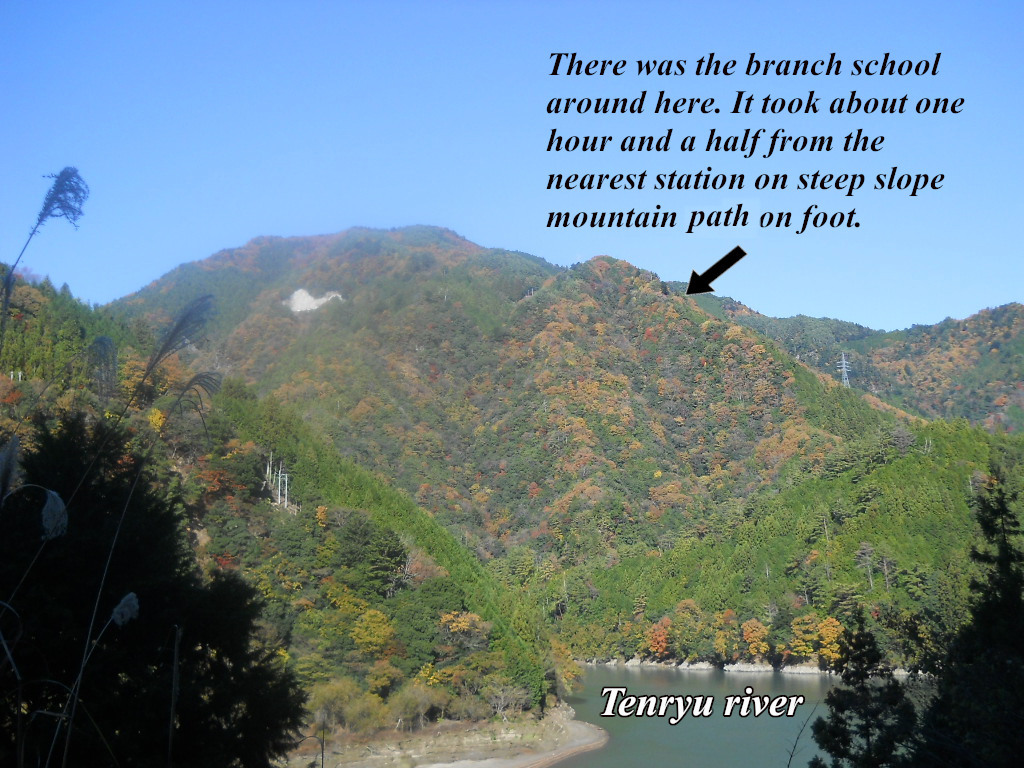 I happened to go to Montreat, North Carolina, USA about four years ago, in order to attend the funeral.

It reminds me of the scenery of branch school when I was grade school days. I was really moved to see the nostalgic view. 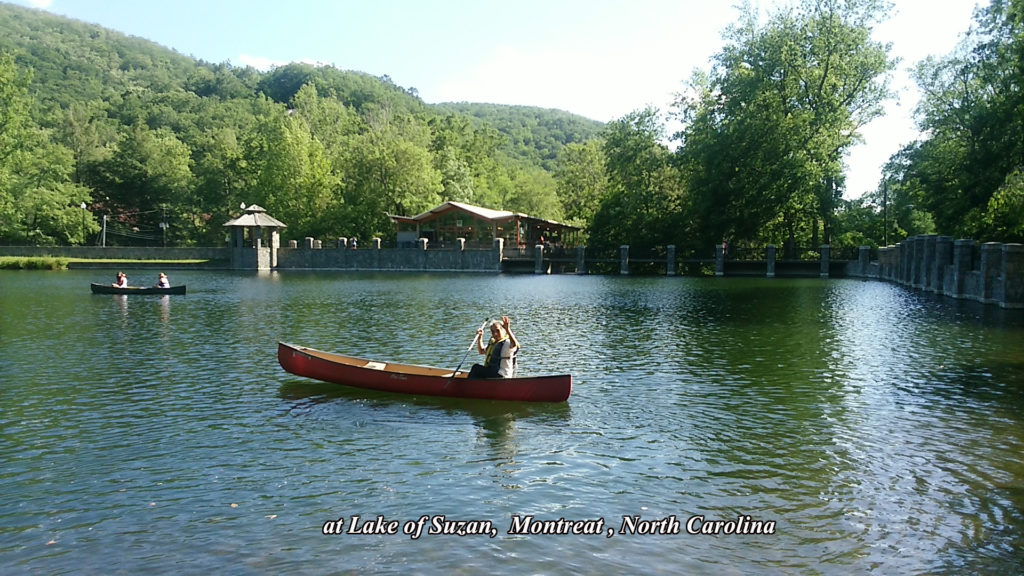 Before closing the blog, I’d like to report you that only 15 pupils of Junior High School of Tenryū-mura” (village) started to make 2,000 pieces of “Coat Hanger made of Japanese cypress” for Tokyo Olympic as shown here in the video.

Finally, why don’t you visit Tenryū-mura breathing delicious air to your heart and sleep at night watching the stars in full sky. You can’t beat it when it comes to relaxation!