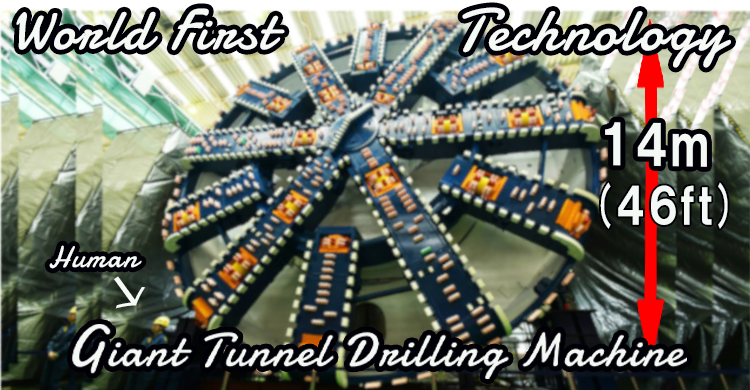 Hi  Messrs. ＆ Mses. Japanophiles. how’s it going?   As I was surprised to see the giant tunnel drilling machine opened to the public yesterday (on Jan29, 2020), I’d like to report that to you.

Can you guess what’s giant machine for that shown below? 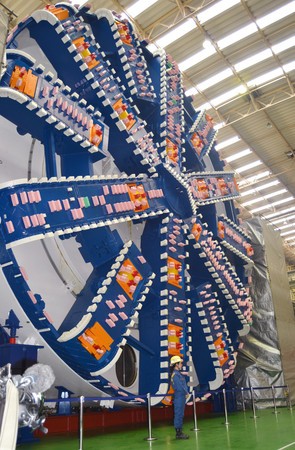 JR Tokai announced to the press in Kobe City on Jan29, 2020 that it will use a “shield machine” to drill underground tunnels for the Linear Chuo Shinkansen (Maglev), which is scheduled to open between Tokyo and Nagoya in 2027.

The huge excavator, which can dig a hole about 14 meters (46feet) in diameter, is one of the largest for railways in Japan.

The machine is manufactured by JIM Technology (Kawasaki City), which integrates the tunnel excavator business of three companies, including Mitsubishi Heavy Industries.

The world’s first technology that automatically changes the cutter according to the hardness of the ground while rotating the excavator by remote control is adopted.

The machine will be transported to the bottom of the 80-meter-deep “standing mine” completed in December last year, and of the approximately 286 kilometers between Shinagawa and Nagoya, construction will begin at the beginning of 2021.

The excavator is cylindrical with a diameter of about 14 meters and a length of about 14.5 meters.

Approximately 1,100 fine blades are attached to the tip of the excavation part, rotate to cut earth and sand, and dig about 20 meters a day

The Linear Project is scheduled to open in 2027 for approximately 286 km between Tokyo, Shinagawa and Nagoya. 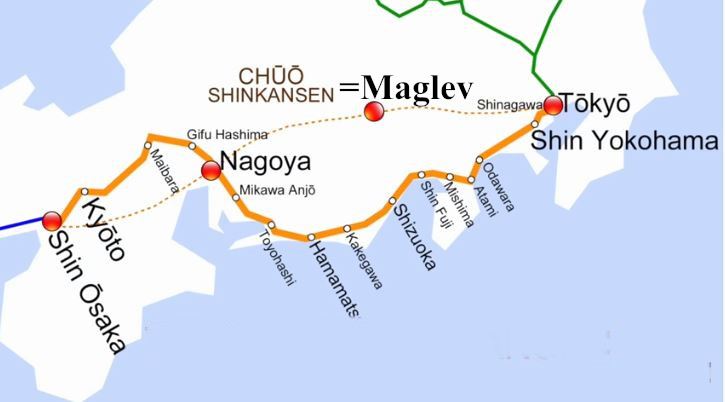 After that, it is expected to extend to the end of Osaka city as early as 2037.

In tunnel construction in an urban area, a shield method is used in which an excavator is driven by a hydraulic jack to remove soil in front of the excavator.

“This is the first project to dig underground in an urban area for a linear motor,” said Naoyuki Yoshioka, general manager of the JR Tokai Chuo Shinkansen Construction Department.

We will keep my safety and environmental protection in mind and prepare for it.

The shield machine is an excavator used in the shield method. The ground can be dug laterally, and it is mainly used for excavating subways and sewer tunnels.

It is simply called a shield. Outside Japan, it is classified as a kind of tunnel boring machine.

A tunnelling shield is a protective structure used during the excavation of large, man-made tunnels.

When excavating through ground that is soft, liquid, or otherwise unstable.

There is a health and safety hazard to workers and the project itself from falling materials and/or a cave-in. 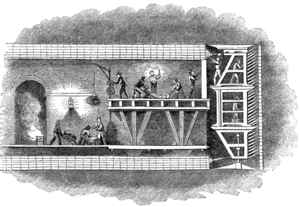 Side view of the tunnelling shield (far right) used to construct the Thames Tunnel; it is able to dig the ground sideways; the permanent brick supporting structure is built immediately behind it.

The permanent structure may be made up of, depending on the period, bricks, concrete, cast iron, or steel.

Although modern shields are commonly cylindrical, the first “shield”, designed by Marc Isambard Brunel, was actually a large, rectangular, scaffold-like iron structure with three levels and twelve sections per level and a solid weight-bearing top.

The structure nevertheless protected the men from cave-ins as they laboured within it, digging the tunnel out in front of themselves.

Finally, we have “Newer Shibuya Metro station and 600kph Maglev” which describes about Maglev, so I’d like you to visit there.