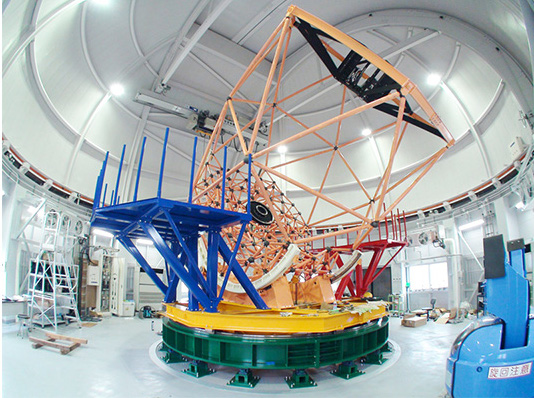 What’s the newest & largest optical-infrared telescope ever built in Japan?

On 17 August in 2018, Kyoto University disclosed its new “3.8M Telescope” (It means having a diameter of 3.8 meters), the largest optical-infrared telescope ever built in Japan, nicknamed “Seimei”, at a press conference held inside the telescope dome on the grounds of the Okayama Astrophysical Observatory. 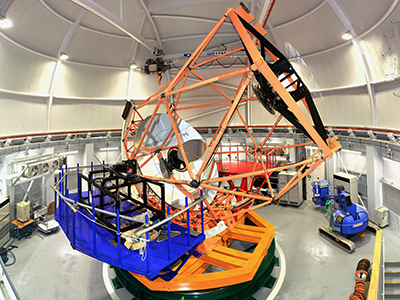 The site is located on the Chikurinji mountain range between the city of Asakuchi and the town of Yagake in southwest Okayama. 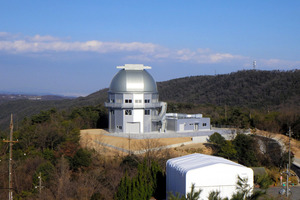 Telescopes of this size are so expensive that they are usually built as part of multinational projects.

As a consequence, teams from the participating countries have to take turns using them.

The team says the government budget wasn’t enough to cover the costs and it had to solicit donations from supporters.

This time, the Kyoto University team found a way to build their own telescope.

“We had an opportunity to be creative,” one of the researchers said. “And the result was a relatively simple and smart solution.”

But this one is developed and built by the Graduate School of Science’s Astronomical Observatories and Department of Astronomy, in order to cut costs, they designed and developed the components themselves, with the help of some corporations.

Among one of corporations is a joint venture in the city of Seki, known for traditional sword-making, to produce 18 mirrors that make up the core part of the telescope.

As a result, Seimei cost about 1.5 billion yen. That is just one-third of the price of similar telescopes. 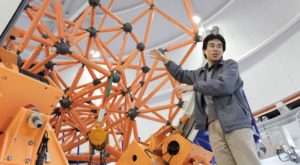 East Asia has until now lacked a multipurpose, optical infra-red telescope with a diameter larger than 2.5 meters. This gap in terrestrial astronomy’s ability to gather high-quality data around the globe meant that if a cosmic phenomenon — such as a massive stellar explosion — were to suddenly appear over this hemisphere, crucial first records would be lost.

“Three key technologies define this telescope,” explains Masaru Kino of Kyoto’s Graduate School of Science. “Its quick-slewing mount, segmented mirror design, and the mirror grinding itself. We have focused on improving speed and accuracy, since we plan to specialize in observing short-lived astronomical phenomena.”

Superflares are one such event type. Similar to our sun’s flares, these occur on distant stars with many times the energy level. Gamma-ray bursts are another target, consisting of violent eruptions of radiation from massive stars.

And then there are black hole binaries, where a black hole and an ordinary star orbit each other. Each of these is extremely difficult to observe, as they only last for a brief period of time.

To make such observations with any accuracy, the telescope needs to be moved quickly. This is where the quick-slewing mount comes in: made of light-weight materials, the telescope’s striking lattice structure — considerably shorter than its 188 cm predecessor — can be readily rotated by just one or two people.

Second is the “high-speed, extreme-precision mirror grinding method”. Grinding a mirror for a large-scale telescope can take up to a year. In the production of Seimei, however, a newly developed method was employed to complete the process within just one month. 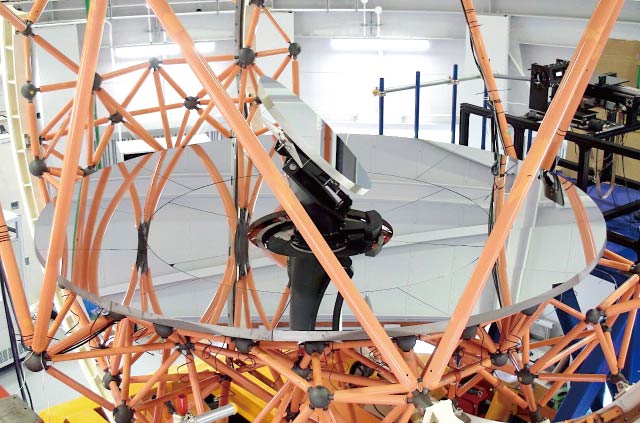 Third is the “quick-slewing mount”, a light-weight and sturdy structure that can be easily rotated to enable timely observation of short-lived astronomical phenomena.

A significant weight reduction was made possible by using: arc-shaped rails to support the mirror from underneath; a truss structure, which is often used in large-space buildings; and to put together their ideas to optimize the design.

From where the telescope’s name “Seimei” comes?

The Onmyoji, a leading specialist of onmyōdō during the middle of the Heian period in Japan. In addition to his prominence in history, he is a legendary figure in Japanese folklore and has been portrayed in a number of stories and films.

He was also an astrologer and predicted astrological events. He enjoyed an extremely long life, free from any major illness, which contributed to the popular belief that he had mystical powers.

The Seimei Shrine, located in Kyoto, is a popular shrine dedicated to him. The Abeno train station and district, in Osaka, are sometimes said to be named after him, as it is one of the locations where legends place his birth. 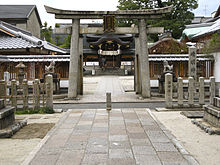 Torii gate at entrance to “Seimei” Shrine in Kyoto

This is another “Seimei”, 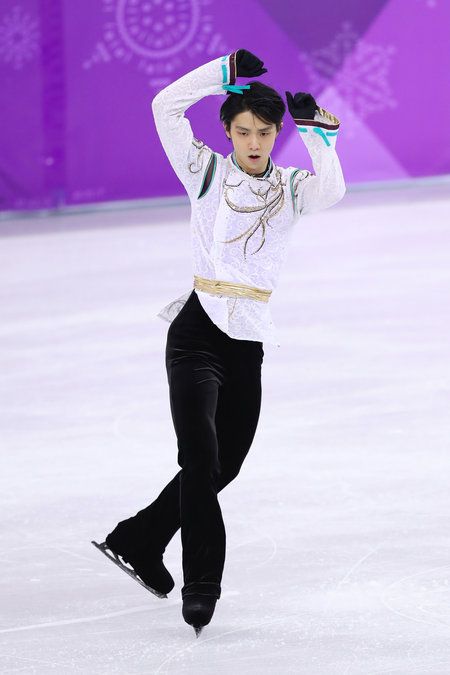 The telescope reveals a lot of distant stars to us.

The team will use the telescope to try and figure out how black holes are born and why supernovas explode. It also wants to become the first to discover an extrasolar planet that harbors life.

After undergoing necessary adjustments, Seimei has used for joint observation starting in November 2018.

There’s goal would be beneficial to discover planets with signs of life, let’s hope that, shall we?

Ultimately, instead of observing celestial bodies with state-of-the-art telescopes, isn’t it good to be fascinated by the stars in the night sky with the most primitive method, the naked eye? That’s “Paradise in the Sky,  Japan’s best starry sky in Nagano Prefecture ; The Most Popular Place from Urban to Country for Migrators” to be well-worth browsing, thanks