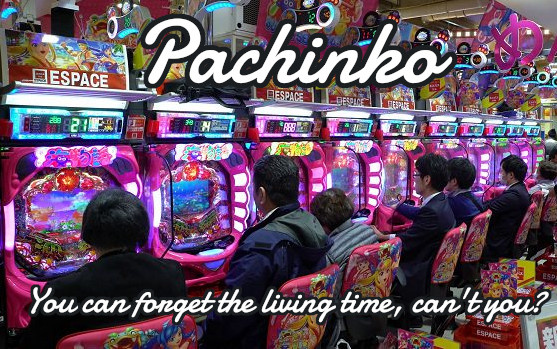 Can you guess what Japan’s most popular arcade game?

Hi  everyone how is it going?   Excuse me, from the beginning, for asking you a queston suddenly,  that’s Pachinko.

So today’s theme is Pachinko. At a first glance, Pachinko and Pinball, they are very similar as they are said to be the common ancestry.

But game itself is different, in pachinko involves shooting many small balls repeatedly into a nearly vertical playfield, while pinball is about the manipulation of the small number of balls currently in play on a near-horizontal playfield.

Pachinko is a type of mechanical game originating in Japan and first played commercially in Nagoya in 1948, and it rapidly became popular throughout the country and it is used as both a form of recreational arcade game and much more frequently as a gambling device, filling a Japanese gambling niche comparable to that of the slot machine in Western gaming. 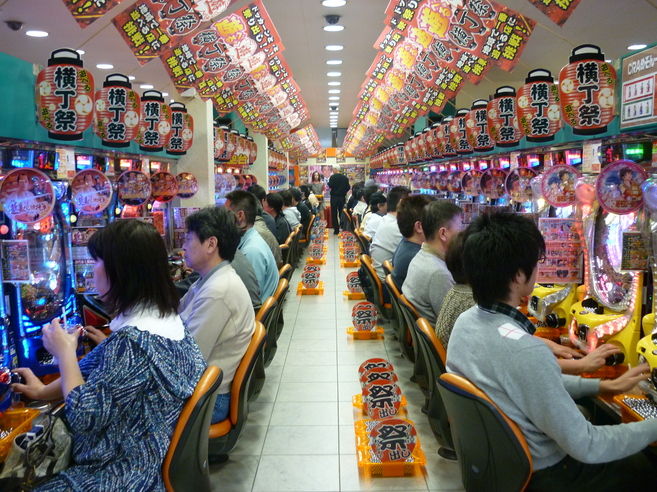 Pachinko parlors are widespread in Japan, and it is played in brightly lit, gaudy atomosphere. They usually also feature a number of slot machines (called pachislo or pachislots).

How to play Pachinko, then?

First, a player buys a number of steel balls, loads them into a pachinko machine, and (in one of the original mechanical models) flips a lever in order to propel a ball to the top place of the machine field.

The ball then bounces down through a maze of pegs/brass pins, either falling into ha winning hole or we say “tulip” catcher on the way down or becoming lost in a hole at the bottome of the machine.

When the ball enters a winning hole, the machine discharge additional balls, which can be fed back into the machine or redeemed for prizes which are sometimes illegally exchanged for cash.

Gambling for cash is illegal in Japan. Pachinko balls won from games cannot be exchanged directly for money in the parlor.

The balls also may not be removed from the premises, and are engraved in identifiable patterns showing to which parlor they belong.

One prize exchange may serve a number of nearby parlors, getting a percentage of the prize’s value when it is collected by the parlor.

Today, mechanical pachinko machines have been completely replaced by computer-controlled machines in which a knob turned and the balls are propelled automatically.

By 1994, the pachinko market in Japan was valued at ¥30 trillion (nearly $300 billion). As of 2015, Japan’s pachinko market generates more gambling revenue than that of Las Vegas, Macau and Singapore combined.

Pachinko machines were first built during the 1920s as a children’s toy called the “Corinth game”, based on and named after the American “Corinthian bagatelle”.

Another likely inspiration was the Billard japonais, ‘Japanese billiards’, invented in Western Europe during the 18th century. 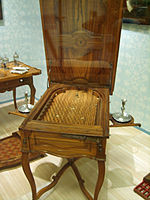 It emerged as an adult pastime in Nagoya around 1930 and spread from there. All of Japan’s pachinko parlors were closed down during World War II but re-emerged in the late 1940s. 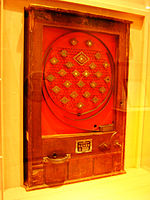 Pachinko has remained popular since; the first commercial parlor was opened in Nagoya in 1948. As a country influenced by Japan during its occupation, Taiwan has many pachinko establishments.

Nowadays an estimated 80 percent of pachinko parlors in Japan are owned by ethnic Koreans. 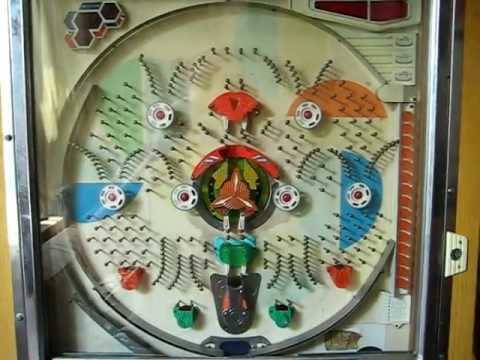 Mechanical pachinko machine from the 1970s.

Until the 1980s, pachinko machines were mechanical devices, using bells to indicate different states of the machine.

Electricity was used only to flash lights and to indicate problems, such as a machine emptied of its balls. 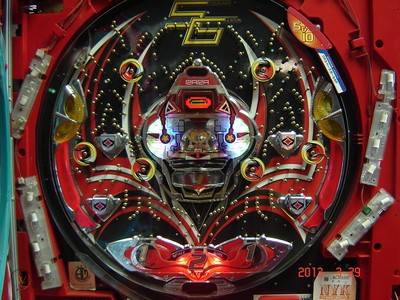 A modern, electronic pachinko machine in a Tokyo parlor.

Balls were launched using a flipper; their speed was controlled by pulling the flipper down to different levels.

Manufacturers in this period included Nishijin and Sankyo; most of these machines available on online auction sites today date to the 1970s.

To play pachinko, players get a number of metal balls by inserting cash or cards directly into the machine they want to use.

These balls are then shot into the machine usually via pulling a lever once for each launch from a ball tray.

The balls then fall vertically through an array of pins, levers, cups, traps and various obstacles until they reach the bottom of the machine screen.

The player has a chance to get more balls to play with if one of the launched balls hits a certain place during the fall through the Pachinko machine.

Having more balls is considered a benefit, because it allows the player to remain in the game longer and ultimately have a larger winning chance.

Newer machines have a digital slot machine on a large screen in the center of the system. The objective of this part is to get 3 numbers or symbols in a row for a jackpot

Smoking is allowed in parlors, although there are discussions in Japan to extend public smoking bans to pachinko parlors. However it’ll seemingly be banned total smoking inside parlor until 2020.

Gambling is illegal in Japan, but pachinko is regarded as an exception and treated as an amusement activity.

Although awarding direct money prizes for pachinko is illegal, it is possible for parlors to reward players with golden tokens which can then be sold for cash at nearby exchange centers.

With the growing public and political pressure in recent years, since passage of Japan’s blanket anti-gambling law in the 1990s, the police are more active in regulating parlors.

Retired officers often work in the pachinko parlor industry; critics have pointed out that while this has had a deterrent effect against organized crime involvement, it also means that these operators are in a strong position to influence police officers in their favor.

Finally, no matter where you go in Japan, you’ll absolutely meet the Pachinko parlor.

Why not play there for the time being for recretional time? 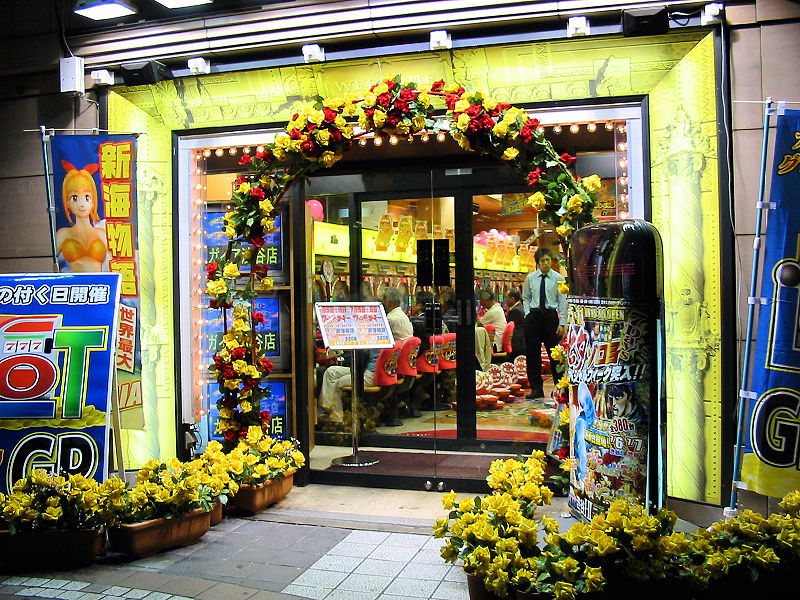 Waiting for your coming and have a fullest fun!