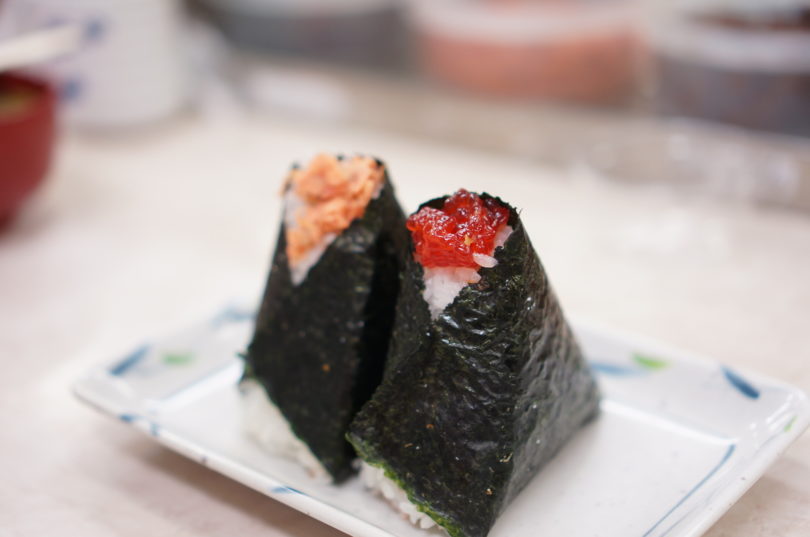 Hi  everyone how are you? Have you ever heard of “Onigiri/Omusubi (rice ball)” or have you already tried to eat it?

Many Japanese food has been becoming now famous worldwide as one of most healthy food, one of “Cool Japan” as well but there are also many people who do not yet know “rice balls” which is referred to as typical home food in Japan.

Anyway, I’d like to talk to you about it today because “Onigiri” has been a representative Japanese family food since the Yayoi period that is an Iron Age era in the history of Japan traditionally dated 300 BC–300 AD.

Rice ball is a Japanese food made from white rice, seaweed and fillings. And it’s usually shaped like a triangle or a round and wrapped in seaweed. We put the filling such as pickled plum, salted salmon or bonito flakes.

As it is easy to carry and you can eat with one hand, it is standard for lunches. So the age of civil wars in the Japanese history (1467~1615), onigiri were used for soldiers portable meals. We can say, in a way, just like sandwiches in the West.

The most feature about onigiri is readily available in convenience stores and supermarkets across Japan and is great for a quick and easy snack. Aesthetically pleasing and really tasty, they are a fun and filling alternative to sandwiches for lunch.

What’s inside as filling? 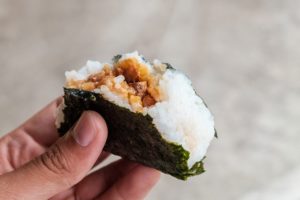 There is a variety of Onigiri filings and flavors.

Where you usually eat Onigiri?

Onigiri is a popular picnic food in Japan. We put onigiri in a bento box (lunch box), and eat it at a park. 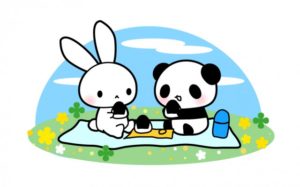 Many Japanese people recall eating onigiri when they were small.
Japanese eat onigiri both as a meal and a snack.
Onigiri is easy to carry and easy to eat, so some people eat it in a train or a bus.

How to make Onigiri?

1) Cook the Japanese rice.
2) Prepare the fillings. (pickles plum, salted salmon, bonito flakes etc…)
3) Wet hands with water and add salts.
4) Place rice in one hand, press and form into a triangle shape.
5) Make a well in the middle of the rice ball, and put in your choice of ingredients(fillings).
6)Close the well. Reshape and wrap with seaweed.

For further information, here’s video how to make Onigiri from which you could learn making it more easily.

Trivia of the day :
What’s different between Onigiri and Omusubi?

“Omusubi” To receive the power of God, the shape of the omusubi must be the shape of mountain, meaning its shape must be a triangle. 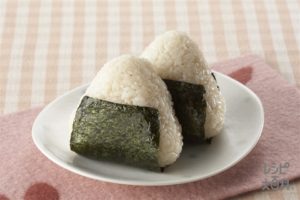 On the other hand, “Onigiri” is originally it is said that we put boiled rice into our hand and grasp firmly it to make it like a round ball. So it doesn’t matter regarding its shape. 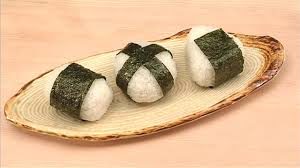 Finally, telling the truth, I didn’t know at all about Omusube has something to do with God until now even though I’m already 72 years old.

I hope you would enjoy eating various kinds of Onigiri and/or Omusube.