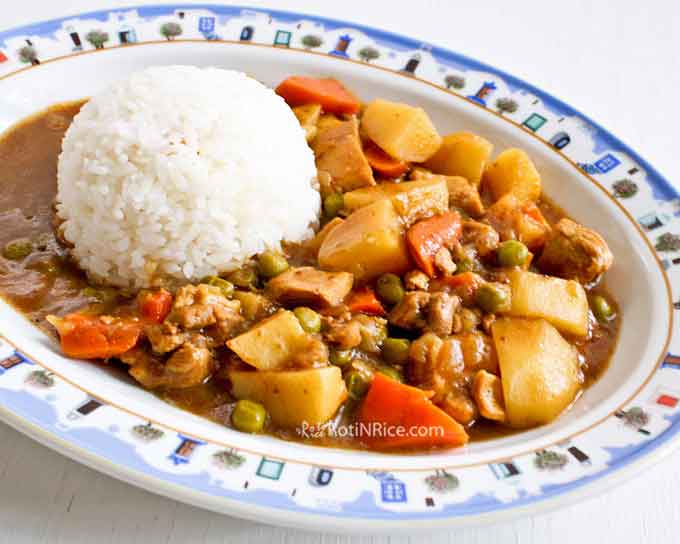 The spicy aroma of japanese curry stimulates your appetite.  #Me too!
With the tantalizing smell of it, or just watching it, I want to eat it right now.

Hi everyone, how are you doing? Today, as you could guess already, I’d like to talk about the Japanese curry, not Indian curry that was originally the birth place.

Which curry do you prefer, Indian curry or Japanese one?

Needless to say, Indian curry has a long history and they have authentically its distinctive originality.

And India boasts of various flavours of curries from different regions. The great Indian ‘kari’, which stems from the word for sauce in Tamil, is known to have originated sometime during the ancient Indus civilization.

Since then it has travelled beyond boundaries and created many fans across the globe.

And Britain’s love affair with ‘curry’ is no secret -e.g. “chicken tikka masala” is the most popular restaurant meal in England.

In the otherside, however, Japanese curry is said to have uniquely changed to the Japanese taste from Britain’s curry based on Indian cuisine.

And the Japanese curry is considered to be one of the National dishes.

Statistics show that the average Japanese eats it more than once a week-84 times a year, in fact. And japanese curry restaurants are everywhere!

In 2013, actually “Curry house CoCo Ichiban store” is certified as Guinness World Record as “chain store of the largest curry restaurant in the world” 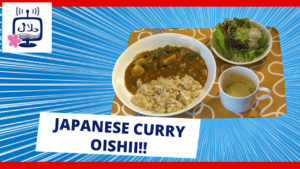 Let’s see how Japanese curry is made

Onions, potatoes, and carrots often go into curry, as do meats like pork, beef, and chicken.

First, the vegetables are chopped into pieces that are easy to eat. Then they’re sauteed with the meat. Water is added, and the whole thing is left to simmer. Japanese curry sauce is thick and full of chunky ingredients.

Curry originated in India, where there are so many spices available, and it has always been the basis of Indian cuisine. But how did it get to Japan?

It first travelled to Britain and then was introduced to Japan during the Meiji period, and some say by the Japanese navy.

The Japanese navy was modelling itself on its British counterpart and adopted the British practice of serving curry to its sailors. A recipe of the time stated that meat, carrots, onions, and potatoes should be used. These ingredients are still used today.

What’s unique about the so-called navy curry is that it requires curry roux which is made by cooking flour and curry powder in beef fat. It’s thanks to this roux that the resultant curry is thick and goes well with Japanese rice.

After the Second World War, instant curry roux came onto the market and revolutionized curry-making in Japan. Prior to that, it was difficult to make curry at home, but the introduction of precooked roux enabled anyone to prepare it easily.

All you had to do was add some roux to the stewed ingredients; it was that simple. So curry with rice became a popular home-cooked dish.

To create a unique flavour, every family uses its own “secret ingredients”, such as ketchup and fresh cream.

Many Japanese say that the dish they remember most fondly from their childhood is the curry that their mother used to make. 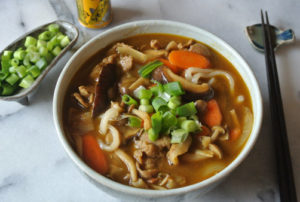 Curry has its roots in Indian cuisine, but in Japan it has evolved in its own way, and it is now a quintessential element of home-cooking.

A retort pouch or retortable pouch is a type of food packaging made from a laminate of flexible plastic and metal foils. It allows the sterile packaging of a wide variety of food and drink handled by aseptic processing, and is used as an alternative to traditional industrial canning methods.

Packaged foods range from water to fully cooked, thermo-stabilized (heat-treated) high-caloric (1,300 kcal on average) meals such as Meals, Ready-to-Eat (MREs) which can be eaten cold, warmed by submersing in hot water, or through the use of a flameless ration heater, a meal component introduced by the military in 1992. Retort pouch curries are used in field rations, space food, camping food, and brands such as Capri Sun and Tasty Bite.