Manga (comic), it instantly recalls me when I was little of ”Chanbara“manga, meaning literally “sword fighting”(fighting by swords) in Samurai days and it is roughly equivalent to western cowboy and swashbuckler films. 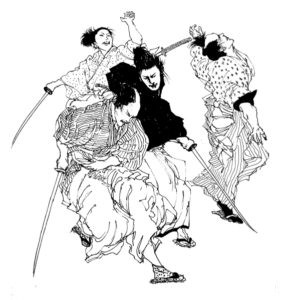 Hi  everyone  how is it going?  I’m so glad to talk to you about “Manga” today since it is one of “Cool Japan” and I loved it that much when I was little.

And another manga which was my favorite in childhood is “Astro Boy or Mighty Atom” written by Osamu Tezuka whose run from April 3, 1952 – March 12, 1968 for 16 years and its volumes 23. The writer will be depicted in more details of this site later 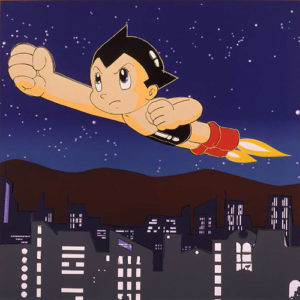 Manga account for more than 30 per cent of the total sales of all publications in Japan.

Manga, which tell stories through pictures and words, are loved by men and women of all ages.

Stories are broken into successive panels of images. Because the text is vertical and needs to be read from the rightmost line to the leftmost line, the pictures also go from right to left.

To create a sense of immediacy, sounds made by characters and sound effects are expressed in words as well. Manga use this technique in a highly sophisticated manner.

the origin of manga

The origins of manga can be found in a set of picture scrolls drawn about 800 years ago. Entitled Scrolls of Frolicking Annimals and Humans, the work depicts monkeys, rabbits, frogs, and other animals playing together.

We can see in these scrolls the basic techniques that are used in manga today.

Here, a rabbit and a frog are grappling with each other just like human sumo wrestlers. 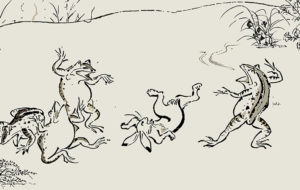 Another feature is the depiction of the passage of time.

In the next picture to the left, we see the outcome of the bout. Developed for creating picture scrolls, the technique of telling a story through a series of pictures became the basis of modern manga.

Manga made great advances after World War Ⅱ, and the artist who started the ball rolling was Osamu Tezuka. 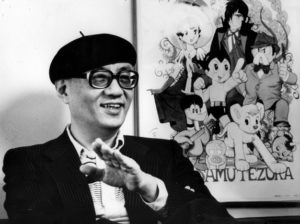 He also took on the challenge of telling serious stories in manga form.

One of his major works is Phoenix. set in various time periods, it presents stories of human suffering. 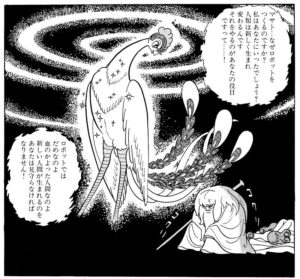 After Tezuka broke new ground in comic-book storytelling, manga began to deal with more and more subject matters. No longer just for children, they became a form of reading material that even adults could appreciate.

Manga have become very popular worldwide. The fact that the word “manga” is now used in many languages is a clear indication of how unique Japanese comic books are and how much they are loved

And last but not least, I hope Manga would heal you and become your vitality!