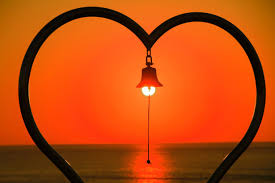 Hi, how are you doing?  Today’s subject is Akari (lamps), which is an indispensable illumination in the world otherwise we can’t do anything in the pitch darkness.

On the way home from a hard-day work, when the light of our house can be seen, our heart relaxes. In other words, Akari (light) is a symbol of family happiness. 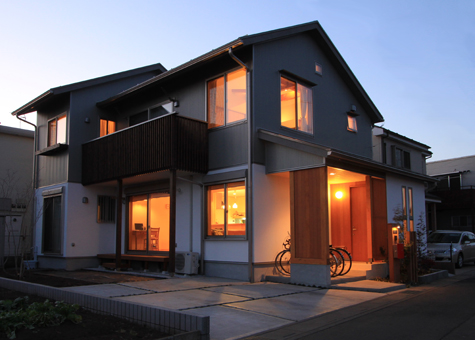 It is 120 years since incandescent light bulb appeared.  Fluorescent lamp is 60 years.

And it is LED (Light-Emitting Diode) lighting that has emerged as a protagonist as modern lighting. 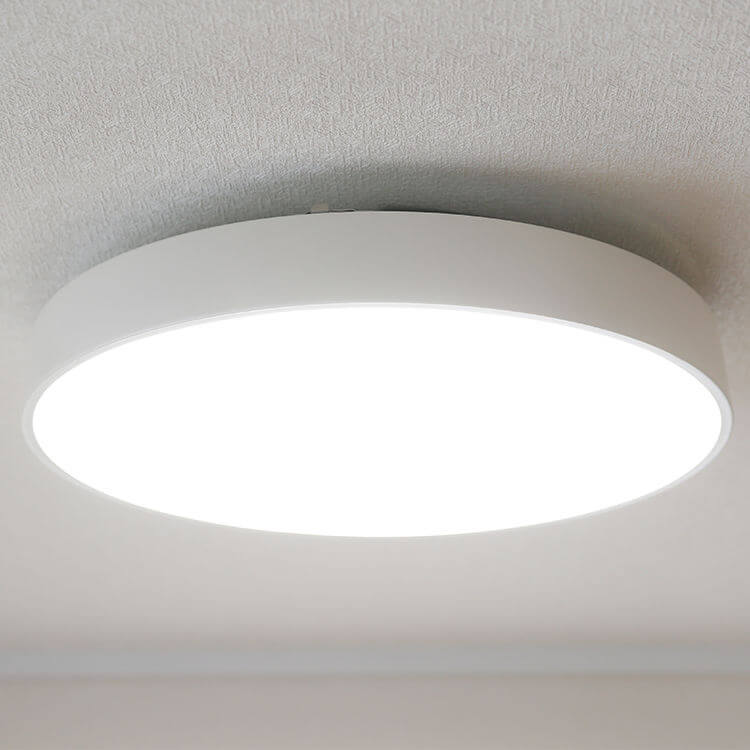 The latest and most advanced LED lighting that has nice features such as energy-saving and long life span.

Thanks to the LED lighting we can enjoy living pleasantly and economically.

But from now, we date back to the old days to talk about the lightings or lamps.

First, the hallmark of tradtional Japanese lamps is that they illuminate the room ever so softly.

One type of lighting equipment used indoors is called andon. It consists of a wooden fremework covered with Japanese paper surrounding a tray of oil.

Typically, plant oils are used as fuel. A cotton or rush wick carries the flame. 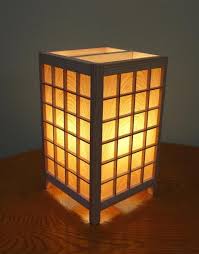 Lamps of this kind have many ingenious features, for instance, this one has a lampshade that can be slid open, allowing the brightness to be adjusted.

This one is a reading lamp. A round hole in the frame has a convex lens fitted into it. By exploiting the way a convex lens concentrates rays of light, the lamp provides enough light to read by. 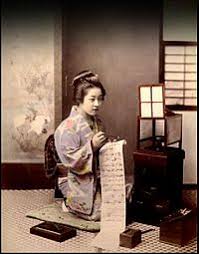 In the old days, people carried chochin when they were going out. These lanterns are made by coiling split bamboo in a spiral and pasting Japanese paper on it. This design allows the lanterns to be collapsible.

Instead of a tray of oil, a candle is placed inside. This avoids the risk of spillage, making chochin easy to carry aournd.

The idea of soft indirect lighting in which Japanese paper acts as a filter can be seen in the design of traditonal Japanese houses as well.

Shoji are sliding screens covered with paper, and the’re used to separate the interior from the exterior and transform harsh direct sunlight into soft illumination.

Traditional lighting also makes a big difference to the enjoyment of a meal. This restaurant in Kyoto has been in business for 400 years. This private dining room has been in use since the restaurant was founded.

Its interior is dim, lit only by two andon lamps. There’s reason for this. It’s because this kind of lighting enhances the appearance of the food. 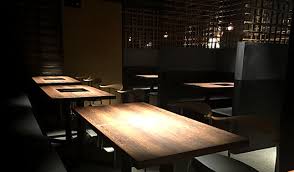 Today, fluorescent lights are the most common type of lighting in Japan . However, many people still have a soft spot for the warm glow of traditonal Japanese lamps. 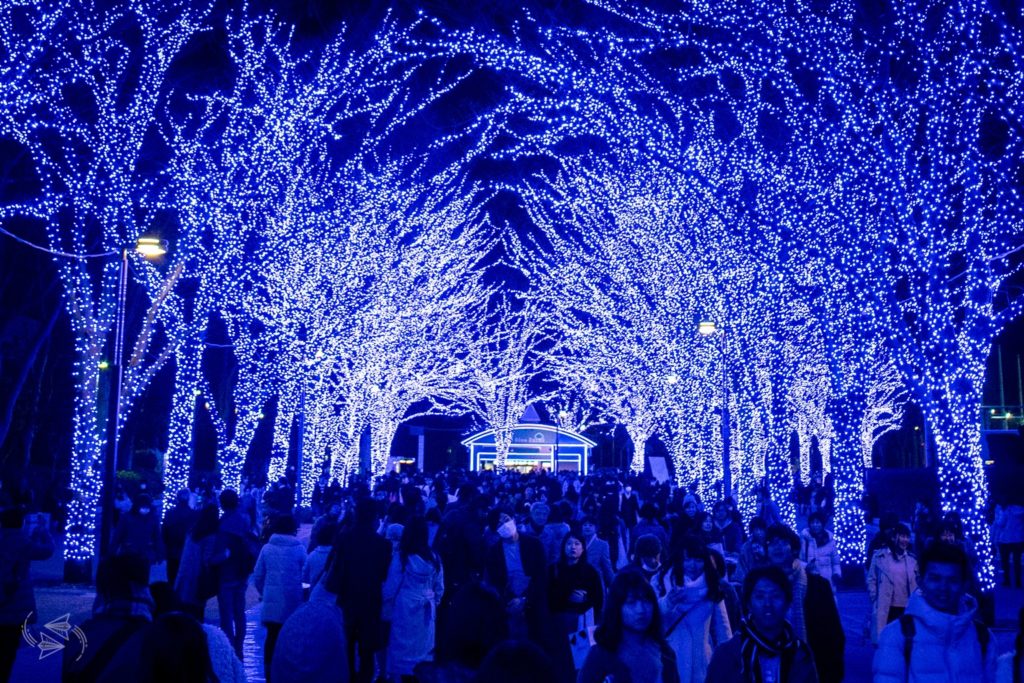 Around on Christmas time every year, various illuminations are excessively dazzling to our eyes. 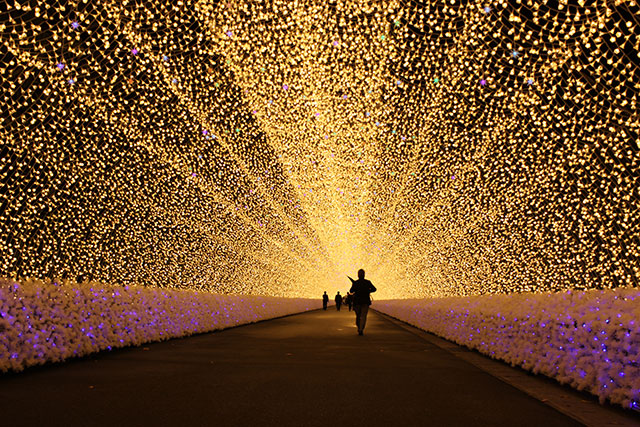