Hi  everyone  how are you doing?  Today’s topic is “Sensu (Folding Fan)” which has hardly seen everywhere even on hot summer days on account of electric fans.

Therefore, Sensu is “Eco-Friendly convenient goods” as it generate windso that you feel cool on a hot day by your hand, not by electricity emitted carbon dioxide.

Nowadays we common people don’t use Sensu in public because we have air-conditioner everywhere such as in office, in the train and at home except elderly people who have been using them since childhood.

At the same time, we have Uchiwa which looks like Sensu and a cooling device but it’s not folding type and it’s not mobile. We use it therefore at home along with electric fan. 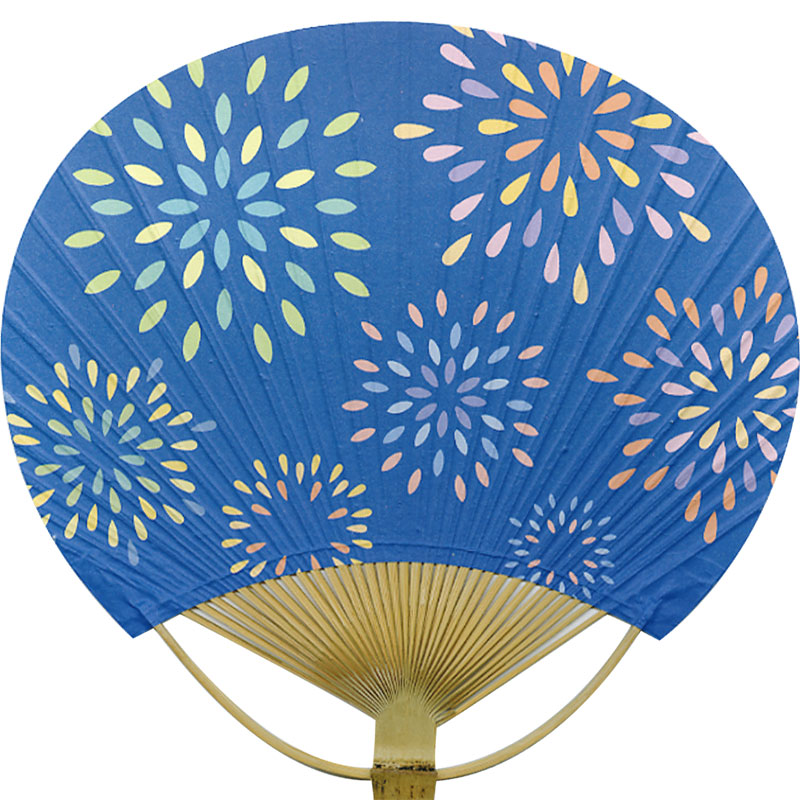 So let’s talk about Sensu with which we Japanese have been using for a long time.

A folding fan, Sensu is a portable cooling device. It’s easy to carry around folded up, and it can be snapped open in an instant to generate a breeze. During Japan’s muggy summers, a fan is a essential accessory. 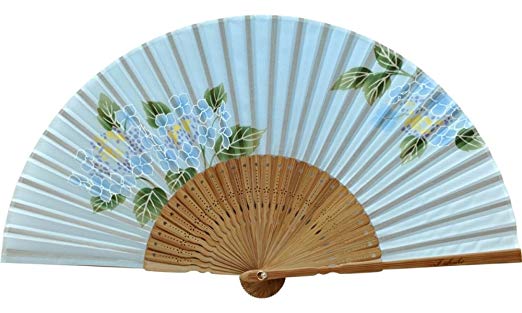 This is “Sensu” (Folding Fan)

Typically, fans are made of bamboo ribs and paper. This metal pivot, called a kaname, is vital for keeping the ribs in place.

If the kaname is fixed too tightly, the fan will not open and close smoothly. But if it’s too loose, the ribs will wobble. This part must be adjusted delicately, as it will have a great effect on how easy the fan will be to use. 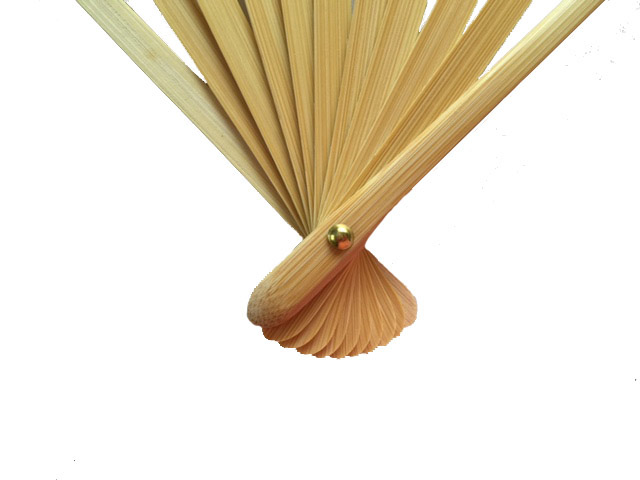 Paper is pasted over this framework, so that the fan will create a slight breeze when it’s waved.

Besides being cooling device, what other purposes ?

But folding fans are more than just cooling devices. They have long been a part of Japanese culture in innumerable ways. Take the below photo for instance, Sensu are being used while dancing. 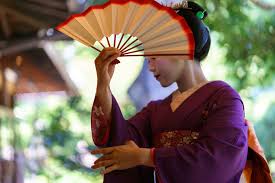 Fans are mentioned frequently in The Tale of Genji, a classic work of Japanese literature. They’re exchanged following lovers’ trysts, gifts of flowers are presented on them, and they’re used to cover the face in moments of embarrassment, folding fans are often used as a form of silent communication between lovers.

That is, however, sound like beautiful rendezvous,  it’s very sorry that we seldom see such graceful scenes among the present-day couples. 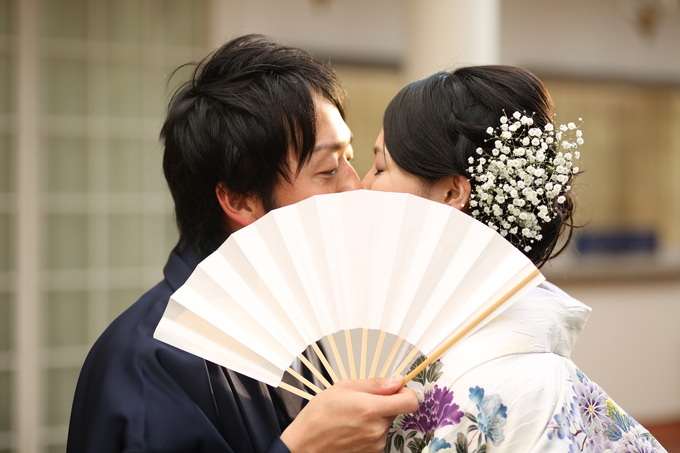 Folding fans also play an important role in the world of the tea ceremony. When guests bow to greet the host, they place their folded fans horizontally between themselves and the host. This is an expression of respect. 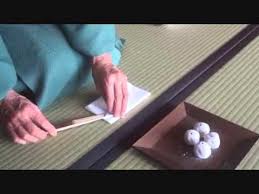 Folding fans also had an immense impact on the development of Japanese art. In the early 17th century, Tawaraya Sotatsu, who had started out as a fan painter, created one of the masterpieces in the history of Japanese art.

It’s a folding screen depicting the God of Wind and the God of Thunder. The two deities are placed at the far edges, with a large empty expanse left in the center. It’s dynamic composition that was very unusual at that time.

A closer examination of the relative positions of the two deities reveals that they are oriented alone radial lines from a single center point.

It’s thought that Sotatsu employed the compositional principles of fan paintings to create this masterwork.

As these examples show, folding fans have had a major formative influence on Japanese culture.

But it’s sometimes required that these etiquettes are only on special occasions, otherwise please feel free to enjoy cooling with Sensu on humid days.