ホーム » Everyone in their 70s and 80s ! Let’s start learning personal computers to cope with IT related to the Internet 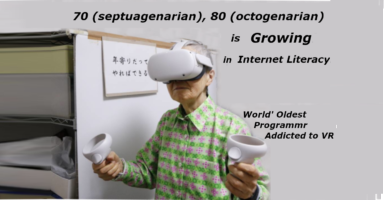 Hi how are you? Today, I’d like to talk about “The World’s Oldest programmer” who is 86 years old and inspire us with great courage and hope in the coming digital year.

With her splendid achievements, she was invited as a guest of game programmer to the World Congress of Apple Inc. of the US in 2017 and in the fall of that year, she also was in a “Gargen Party” sponsored by the Imperial Family.

In addition, she was selected as the oldest expert member of the government’s “100 Years of Life Concept Conference”.

CEO Tim Cook introduced her as the world’s oldest app developer at the Worldwide Developers Conference in 2017. 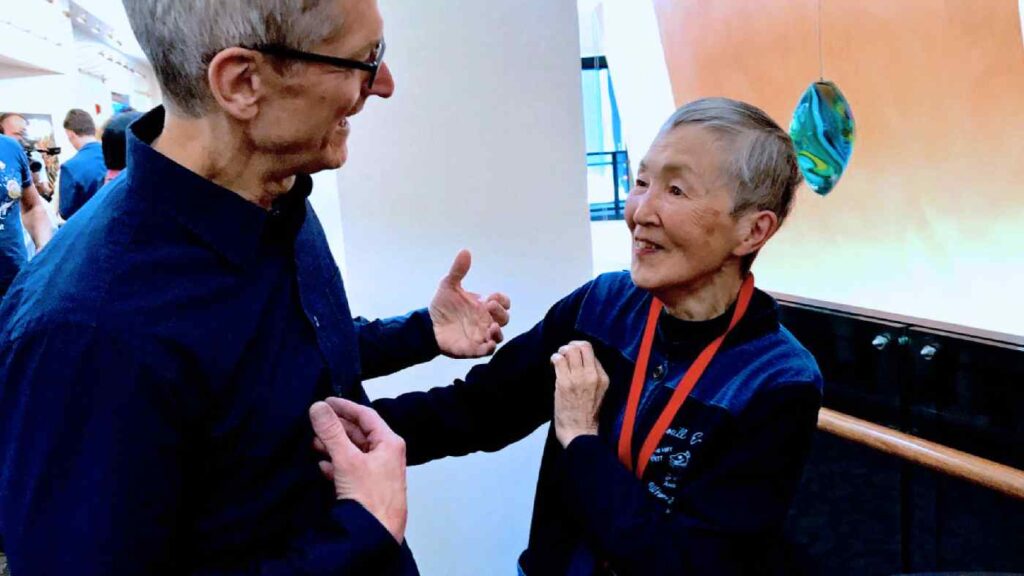 She is Masako Wakamiya, born April 19, 1935 in Tokyo who bought her first personal computer at age of 58, and it was just ahead of her retirement from Mitsubishi bank (currently Mitsubishi UFJ bank, at which she entered after high school graduation).

But she did little know about how to use PC at that time, at the same time, her mother needed nursing care, so she was constantly looking after her.

There were days when she could not go out at all. But the PC took her into a wider world.

She was beginning a journey that would make her the world’s oldest known iPhone app developer, at 81.

Wakamiya calls herself an IT evangelist and encourages other seniors to use digital technology to enrich their lives.

She writes books while spreading her message on the lecture circuits in Japan and abroad. 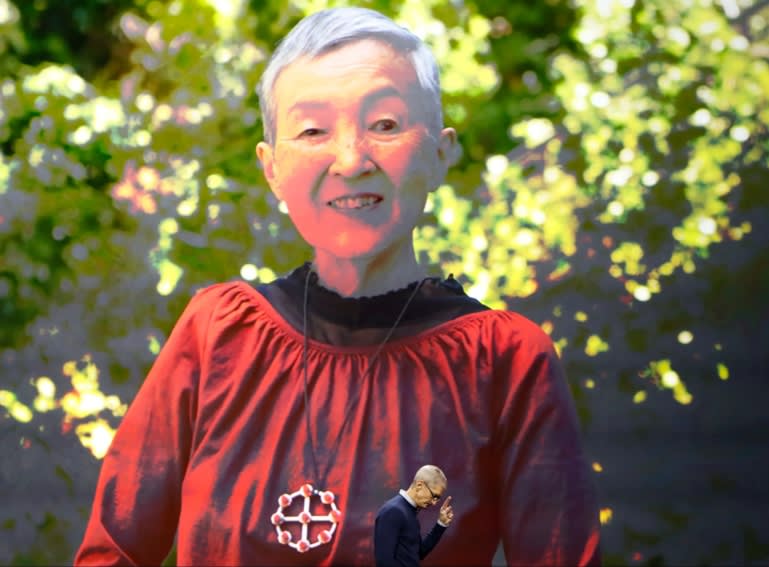 With the era of 100-year life spans approaching, it’s never too late to start learning anything

As she didn’t have any knowledge and skills of PC at all in the first some months, she says “It took me three months to be able to communicate just by setting it up.

But there are many people on the other side of the screen who can tell me what I don’t understand.
It was fun and I was completely addicted to it. “ 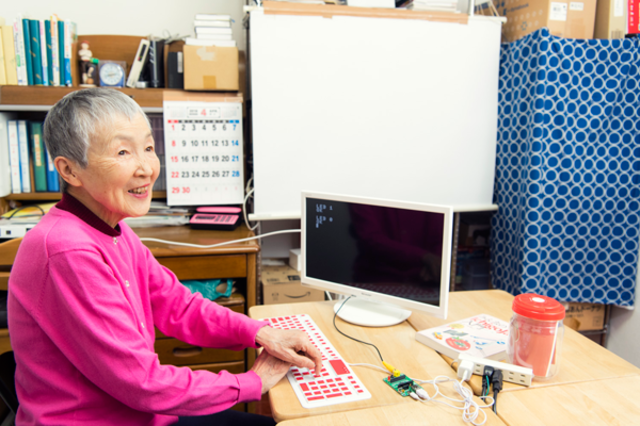 One day, when I talked about a printer problem, a 10-year-old boy told me how to solve it!

Eventually, Ms Wakamiya became interested in smartphone game programs at the age of 80.

“Smartphones have become popular in the world, but all the apps are for young people.

I thought that there is nothing easy for seniors to use! I decided to make a game. I’m self-taught again.

I bought a programming book at the neighborhood. If you don’t understand, ask a young friend. 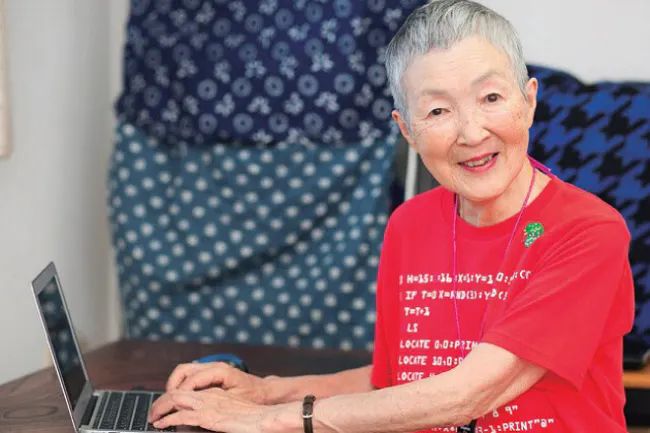 She saysStudying computers is not related to men and women of all ages! All you need is curiosity. “

She enjoyed her creations by printing various patterns on cloth and paper and having her make clothes. 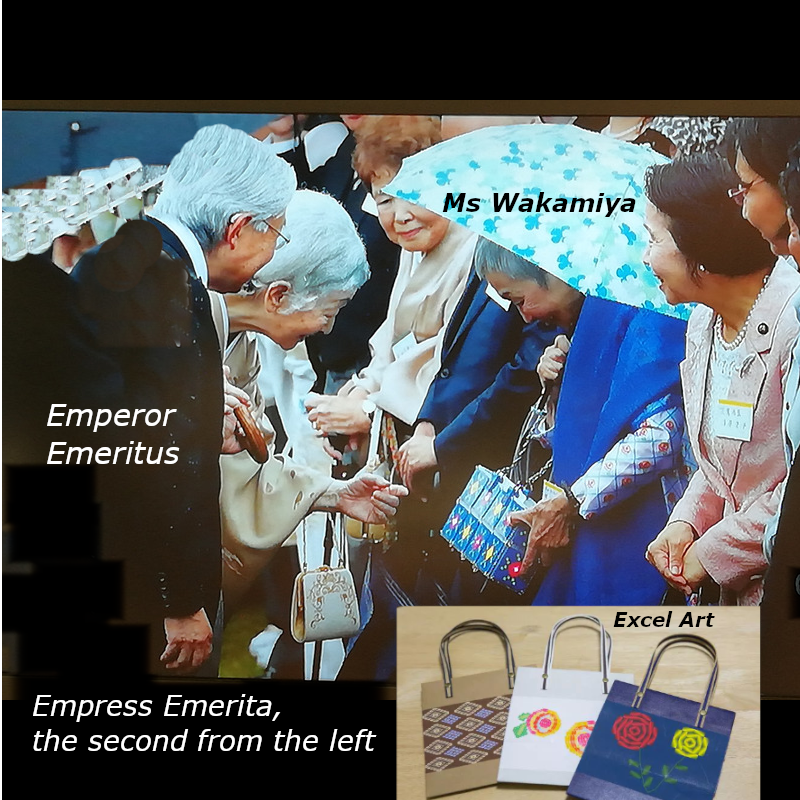 Empress (current, Empress Emerita, the second from left) asked her about Excel Art and ”Please keep active in good health” she said to her at the Imperial Gargen Party in 2017.

In February 2018, she was invited to the United Nations as the oldest programmer in the world and gave a speech in English.

She learned English when she was in her 40s. She can’t speak like a native speaker, but the skills she has acquired are useful no matter how many times she learns.” 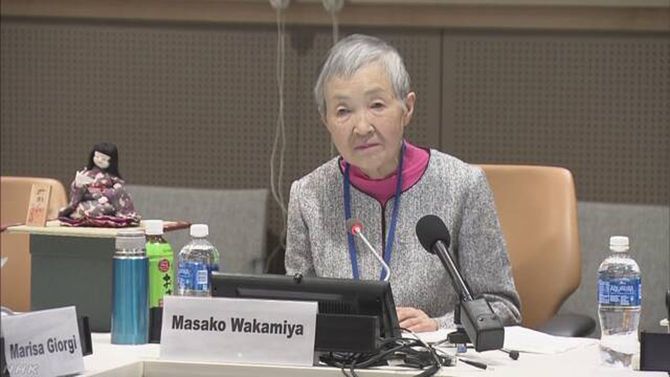 For more convenience, elderly people are the ones who should learn digitizing

Japan is known as a country of longevity, but on the other hand, it is a fact that IT and digital technology are far behind.

As we enter the age of 100-year life, the need to handle digital devices will be much required in our future lives.

However, the generation born before World War II like Ms Wakamiya and afterWWII like me is an analog generation who haven’t totally gotten familiar with digital devices. 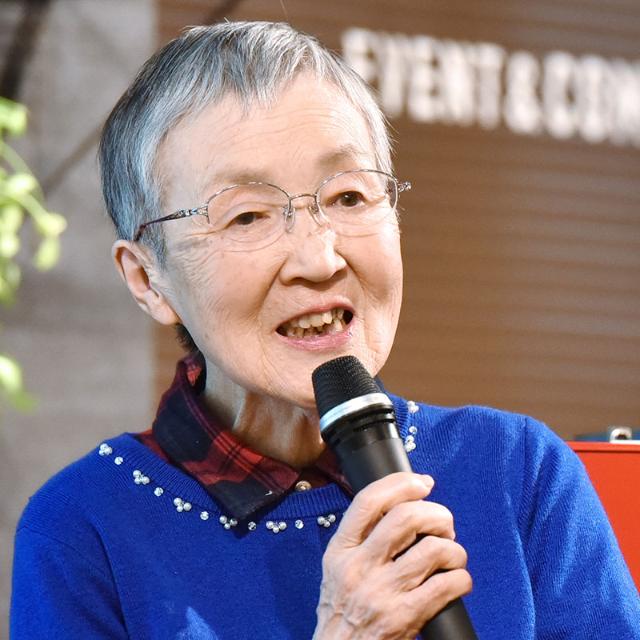 Therefore, it is true that frequency of use of online shoppings, emails, and daily routines are drastically increasing day by day, along with the number of seniors who are already familiar with handling smartphones is gradually increasing though.

There are, however, almost all aged people who feel difficulties in handling personal computers, that in particular deals with specialized and complicated things.

In that respect, Ms Wakamiya started learning skills mainly by herself at the age of 65, and at the age of 80, she started to learn programming that has the power to make people around you happy.

The society ahead is a society in which humans and AI walk on a three-legged race.

However, AI does not have the creativity that can be nurtured from the compassion for helping people in this way.

She thinks this kind of creation is the most human activity. And that’s why she always want to be creative. 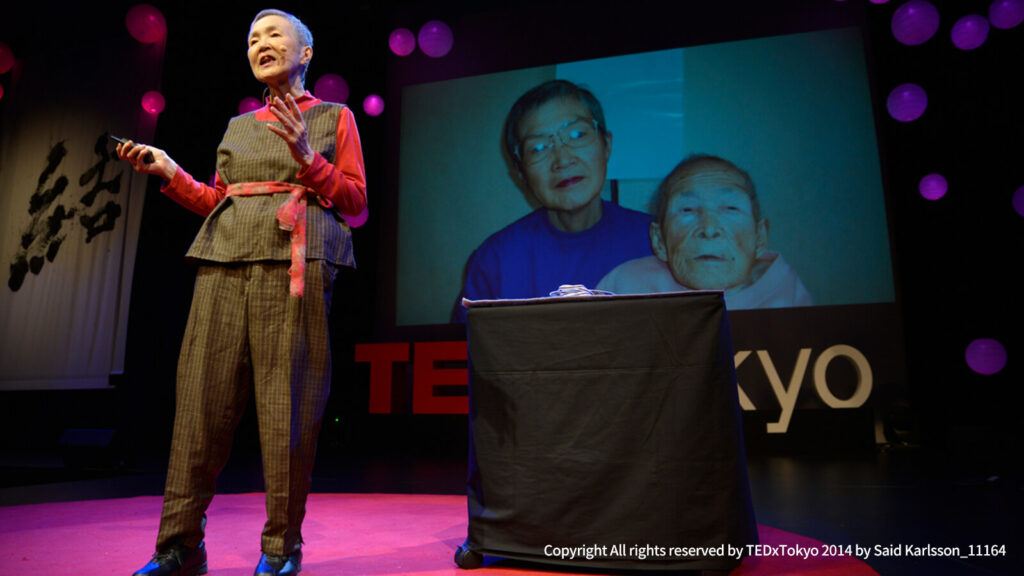 She says these motivations of greedily learning has been greatly driven by curiosity and wishes to connect people around the world.

It is the age of 100 years of life. As you get older, your friends die, you lose your teeth, you have less hair, and you have more to lose.

But don’t mourn what you’ve lost, but see what’s left. Let’s acquire new knowledge and skills beyond what we lost.

That way it’s not scary to get older.

Last but not least, Ms Wakamiya emphasizes, “It’s never too late to learn.” She says, “I think creativity is the most human activity that neither AI nor animals can do. That’s why I always want to be creative.”

Let’s enjoy the progress and change of society together with the creativity!

In the end, we have ,“Takimika-san, The Oldest Sports Instructor Enlivens our Spirits!”,
“It’s still too early to call us old men!“, and “Supercentenarian, Ms Kane Tanaka 116, World’s Oldest Living Person by Guinness World Records” all articles being well-worth browsing, thanks