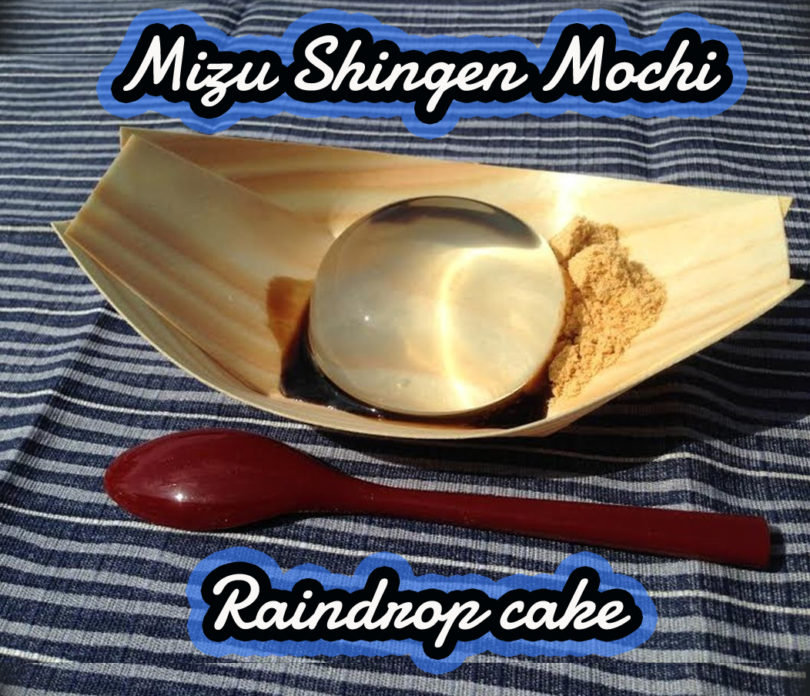 Hi everyone how’s it going? Today’s subject is a super-popular “Mizu Shingen Mochi” which is sold under the name of “Raindrop cake” in New York City.

Mizu Shingen Mochi is a dessert made of water and agar that resembles a raindrop. It first became popular in Japan in 2014, and later gained international attention, in New York City in partcular.

Mizu Shingen Mochi is one of Wagashi, Japanese confectionary that was already posted and well worth a visit. 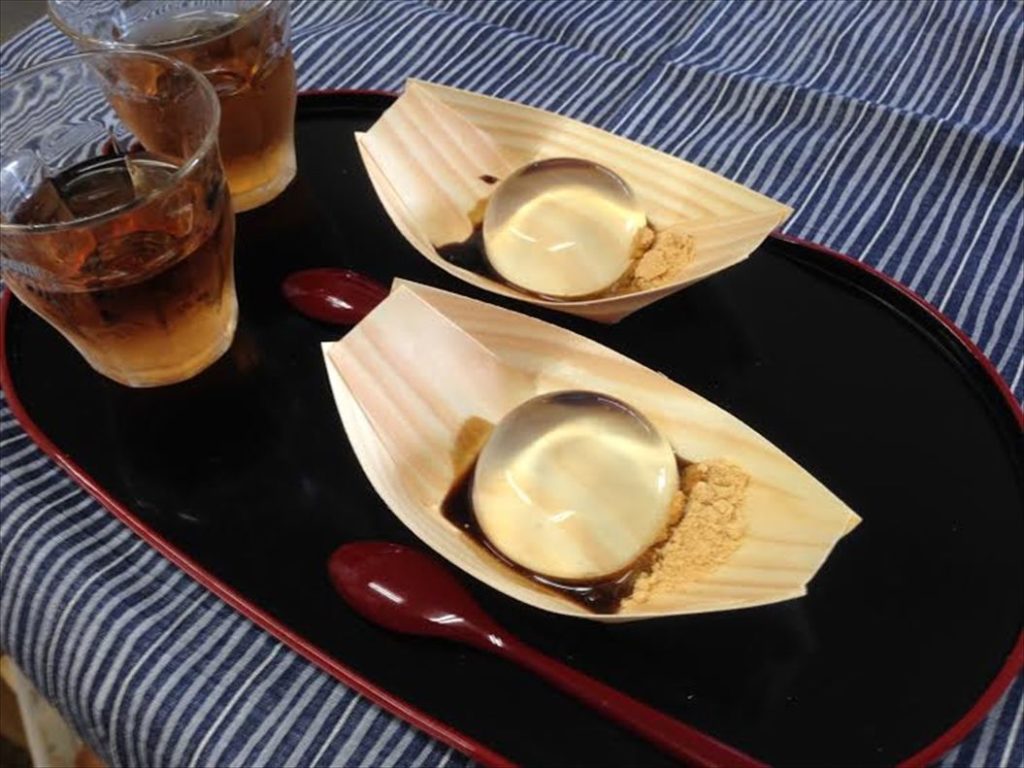 Originally a Japanese dessert known as mizu shingen mochi (水信玄餅), the dish was first created by “Kinseiken Seika” Company in Yamanashi Prefecture near Tokyo, Japan in 2014.

Mizu means water and Shingen mochi is a type of sweet rice cake (mochi) made by the Kinseiken company.

Shingen, if we talk a little more detail, Takeda Shingen (1521 – 1573), of Kai Province (present Yamanashi-Prefecture), was a pre-eminent daimyō (feudal lord) in feudal Japan with exceptional military prestige in the late stage of the Sengoku period (Age of Warring States). 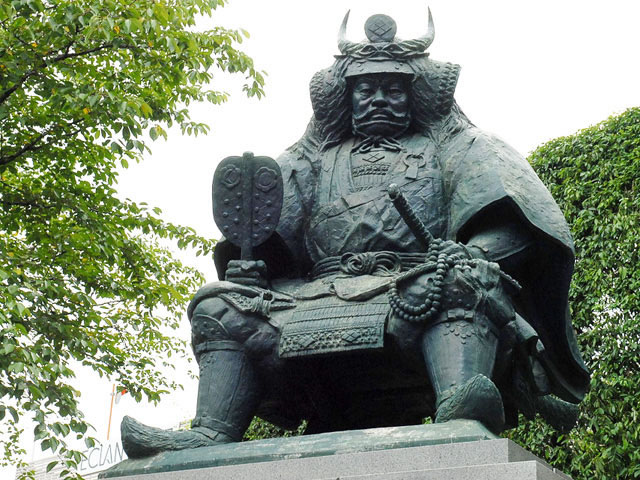 Statue of Shingen in front of Kofu Station

The year prior in 2013, the creator wanted to explore the idea of making edible water.

The dessert became a viral sensation and people made special trips to experience the dish.

Darren Wong introduced the dish to the United States in New York City at the April 2016 Smorgasburg food fair.

The dish is made from mineral water and agar; thus, it has practically no calories.

The water from the original dish was obtained from Mount Kaikoma of the Southern Japanese Alps, and it has been described as having a sweet taste.

The agar is a vegetarian/vegan alternative to gelatin that is made from seaweed.

After being heated, it is molded and cooled. A molasses-like syrup, called kuromitsu, and soybean flour, called kinako, are used as toppings.

The dish appears like a transparent raindrop, although it has also been compared to breast implants and jellyfish.

The largely tasteless dessert melts when it enters the mouth and it must be eaten immediately or it will melt and begin to evaporate after twenty minutes.

A fly in the ointment

Mizu Shingen Mochi has been terribly popular thanks to its strong deliciousness, however, there is a drawback there.

The name of the Mochi’s maker is “Kinseiken Seika” Company in Yamanashi Prefecture where is about 150 km (about 93 miles) away from Tokyo and the company established in 1902 meaning over 100 years history.

The disadvantage is very limited period that we can enjoy tasting it. They sell from 7 in the morning, and only on Saturday and Sunday and only from June to September every year.

And other problems are, first of all, they produce a certain limited volume of production, as a result, you may not able to purchase even if you wait in front of the store from early morning if you are unlucky. 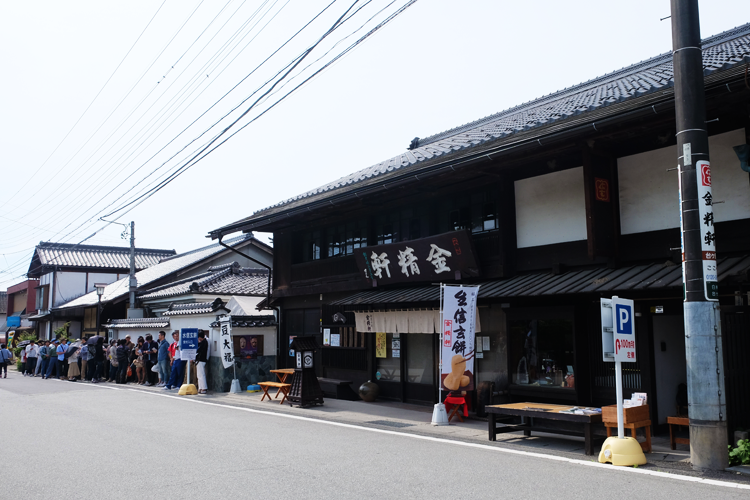 Or I heard that the company has recently changed the policy that customer will get a ticket (a numbered ticket indicating the order in which customers are to be served), therefore once you get the ticket, there is no need to form a line to get it. 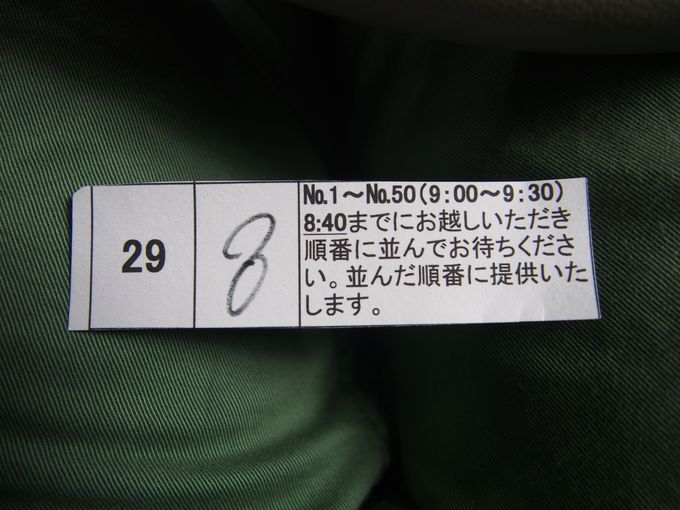 an example of ticket

Second is, fortunately, even if you can buy the Mochi, you will eat it within 20 minutes. If it takes more time than that, it would melt.

Last but not least, if you have a chance, why don’t you go there and explore its goodness with your tongue, along with having fun by visiting winery as Kofu, Yamanashi has many excellent vinyards and after tasting wine, enjoy soaking hot spring viewing Mt. Fuji when it is fine, have a good time! 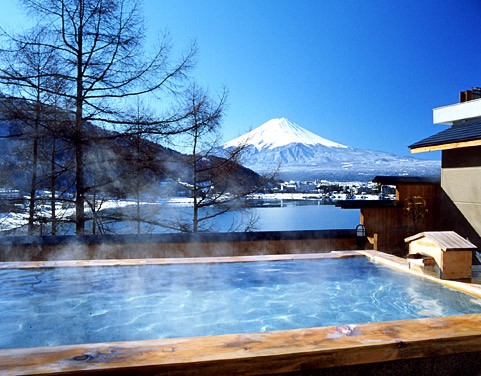