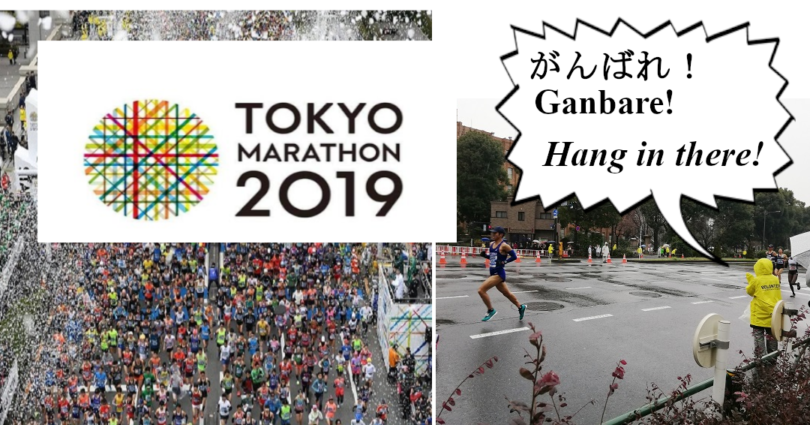 Despite rainy and cold morning, cheerful 37,500 runners started off in the shower of confetti when Tokyo Gov. Yuriko Koike fired the signal gun a 42km- Tokyo Marathon 2019 at 9 am from the Metropolitan Government Office.

And 500 runners a 10km-race for junior, handicapped and wheelchair participants was proceeded.

Hi everyone, how are you doing? Today on March 3, the 13th Tokyo Marathon was held.

Kensuke Horio led the Japanese male runners in the Tokyo Marathon on Sunday, finishing fifth in the race won by Ethiopia’s Birhanu Legese.

Horio crossed the finish line in a preliminary time of 2 hours, 10 minutes, 21 seconds and claimed a berth for September’s Marathon Grand Championship, a qualifying event for the 2020 Tokyo Olympics. 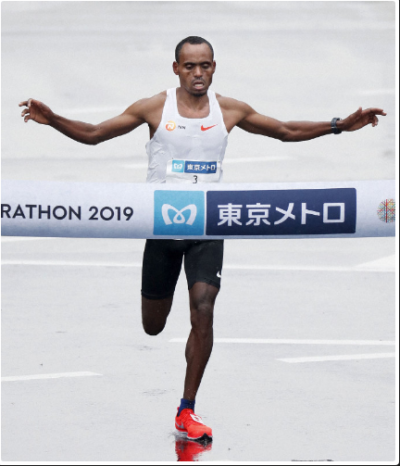 To my disappointment is under constant rain in the Japanese capital, Suguru Osako who is thought of one of promising runner for Tokyo2020 retired around the 29-kilometer mark in his Tokyo Marathon debut.

“I began feeling cold before the start. I eventually could not move my body and it forced me to withdraw from the race,” Osako said in a statement.

He was considered a local favorite after setting a national record when he finished third in October’s Chicago Marathon.

On the other hand, Ethiopia’s Ruti Aga won the women’s title, finishing in 2:20:40, with Mao Ichiyama, who was competing in her first marathon, clocking the fastest time for Japan at 2:24:33 in seventh place. 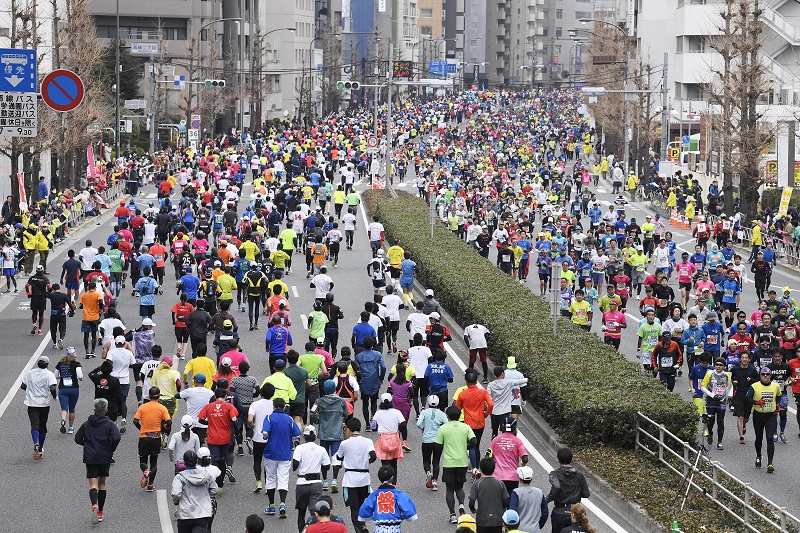 The winner of the Marathon Grand Championship will automatically book a ticket to the 2020 Games.

The Tokyo Marathon is an annual marathon sporting event in Tokyo, the capital of Japan. It is an IAAF Gold Label marathon and one of the six World Marathon Majors.

The Tokyo Marathon has joined the World Marathon Majors, becoming the sixth city in the series.

The World Marathon Majors announced Friday that the Tokyo Marathon will be held Feb. 24, the first race of the series and first in Asia. It joins world majors in Boston, London, Berlin, Chicago and New York.

The World Marathon Majors formed in 2006 and offers $1 million in prize money split equally between the top male and female competitors.

Runners earn points by placing among the top five in each race over a two-year period. The World Championships and Olympic marathons also are counted toward the total.

In the inaugural year, 1981, both marathons took place. However, because it was not possible to support two marathons a month apart in the same city, from 1982, the alternating format went into effect.

The 2007 marathon was also a representative selection race of the 2007 World Championships in Athletics in Osaka. The total number of participants was set at 30,000. Of that, 25,000 people signed up for the marathon, and 5,000 signed up for the 10K run. 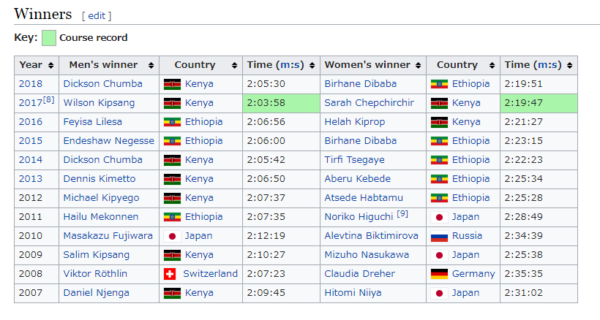 Numbers of applicants and runners

We are very happy to see that Marathon enthusiasts are seemingly increasing every year. This running is very good not only fun, but also keeping fit,
Why dont’t you participate in the race next year?

Finally, we have “Coronavirus forced Popular Sports to be played behind closed doors” well-worth visiting, thanks