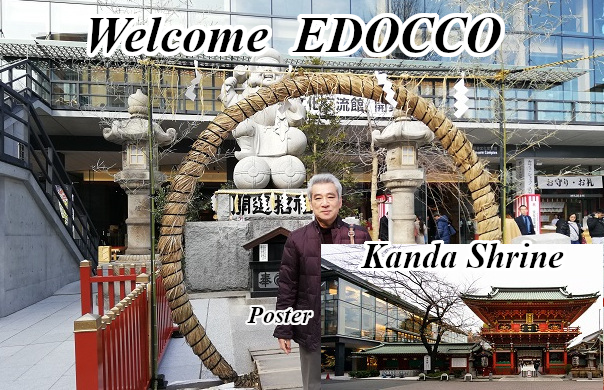 Hi  everyone how are you?  I went to EDOCCO that spreads Japanese traditional culture etc.,  say, typical “Cool Japan” from the center of Tokyo to all over the world.

EDOCCO is a portmanteau word made by combining “Edo(former Tokyo’s name)” and “Culture Complex”. It is located in the precinct of well-known Kanda Shrine (Kanda Myojin Shrine in official name). 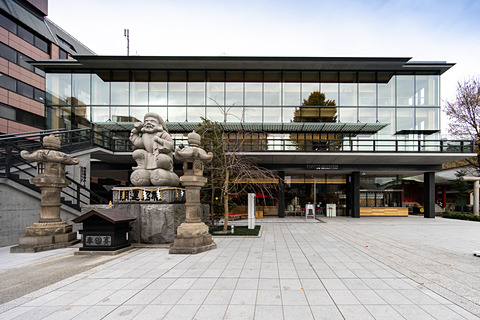 “There are lots of wonderful traditional culture, entertainment and art in Japan, but there are few places to circulate them domestically and globally, and the shrine wants to become its disseminating place.” said Mr. Nobushi Otori who is the chief priest of the Kanda Shrine. 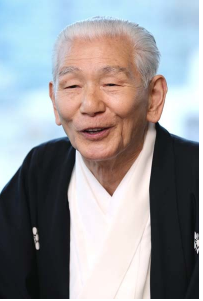 the Head of Kanda Shrine, Mr.N.Otori

So this building was newly constructed for multi-purpose facility with the strong enthusiasm of the head priest in Kanda Shrine’s premises.

Why is Kanda Shrine so famous and what’s the characteristics?

Kanda Shrine is a Shinto shrine located in Chiyoda, Tokyo. The shrine dates back 1,270 years, but the current structure was rebuilt several times due to fire and earthquakes. It is situated in one of the most expensive estate areas of Tokyo.

Kanda Shrine was an important shrine to both the warrior class and citizens of Japan, especially during the Edo period, when shōgun Tokugawa Ieyasu paid his respects at Kanda Shrine. Due in part to the proximity of the Kanda Shrine to Akihabara, the shrine has become a mecca for the technophiles who frequent Akihabara.

The three major kami(god) enshrined are Daikokuten, Ebisu, and Taira no Masakado. As Daikokuten and Ebisu both in particular belong to the Seven Gods of Fortune, Kanda Shrine is a popular place for businessmen and entrepreneurs to pray for wealth and prosperity. 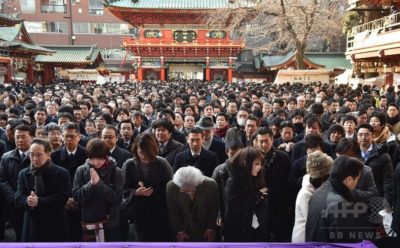 on the First Day of New Business Year

The two-storey main gate, Zuishin-mon, marks the entrance to Kanda Shrine. Zuishin-mon was reconstructed in 1995 with cypress wood, and is built with an irimoya styled roof. 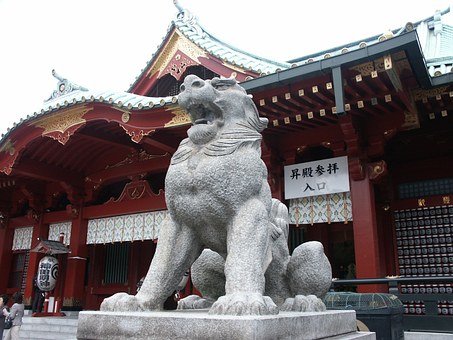 The shrine building is constructed in the Shinto style of Gongen-zukuri. It is painted vermilion, and decorated with gold and lacquered interiors. Many sculptures of its enshrined kami can be found on the building grounds.

Kanda festival (Kanda Matsuri) is one of the three major Shinto festivals of Tokyo, started in 1600 by Tokugawa Ieyasu to celebrate his decisive victory at the battle of Sekigahara(1600).

At the time, the festival was important enough to be named a state festival, and its highly decorated mikoshi were paraded down the main streets and into Edo castle, so that even the shōgun could observe the celebrations. 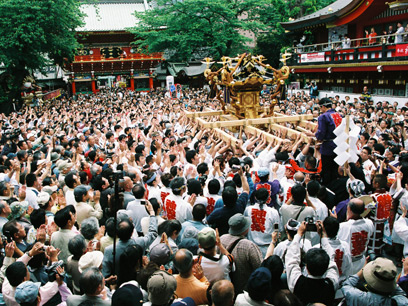 Today, it is held in honor of the enshrined kami, and celebrated around May 15 of every odd year.

Daikoku festival is also held at Kanda Shrine in January.

For further information on EDOCCO

I hope you would enjoy at EDOCCO and bring back Good Luck with you. Thanks