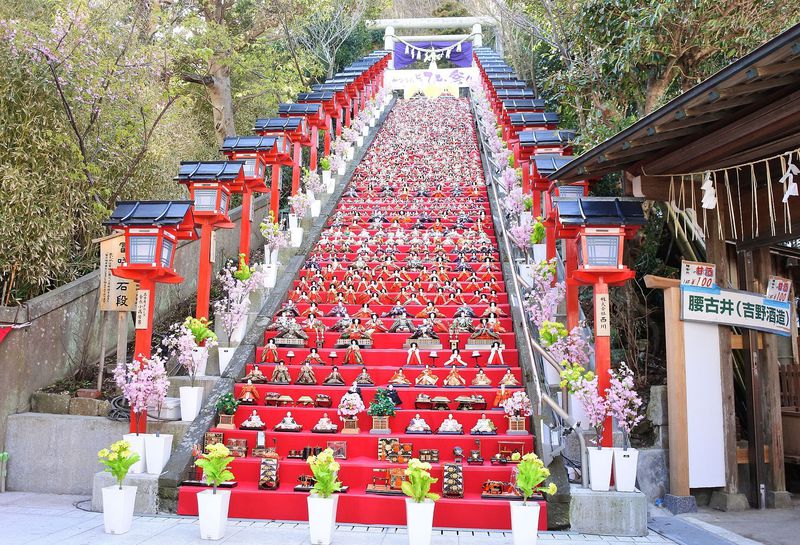 Hi everyone how are you?  Today’s topic is” Hina Matsuri “(the Festival of Dolls) which is also said “Hina Ningyo or Girl’s Day”.

On March the third is commonly referred to as Momo no Sekku, which is on this day that families celebrate Hina Matsuri, the Doll Festival, to pray for the happiness and healthy development of girls in each household. The focus of the event is the annual display of hina dolls.

There is a traditional Japanese belief that, by touching the dolls, all illness and bad luck will be transferred to them.

The appearance of hina dolls was heavily influenced by the glamorous fashions and lifestyle of the Imperial court of around 1,000 years ago.

On the top shelf are a male doll called obina and a female doll called mebina. Based on the appearance of an aristocratic couple, they’re the focal point of the display. 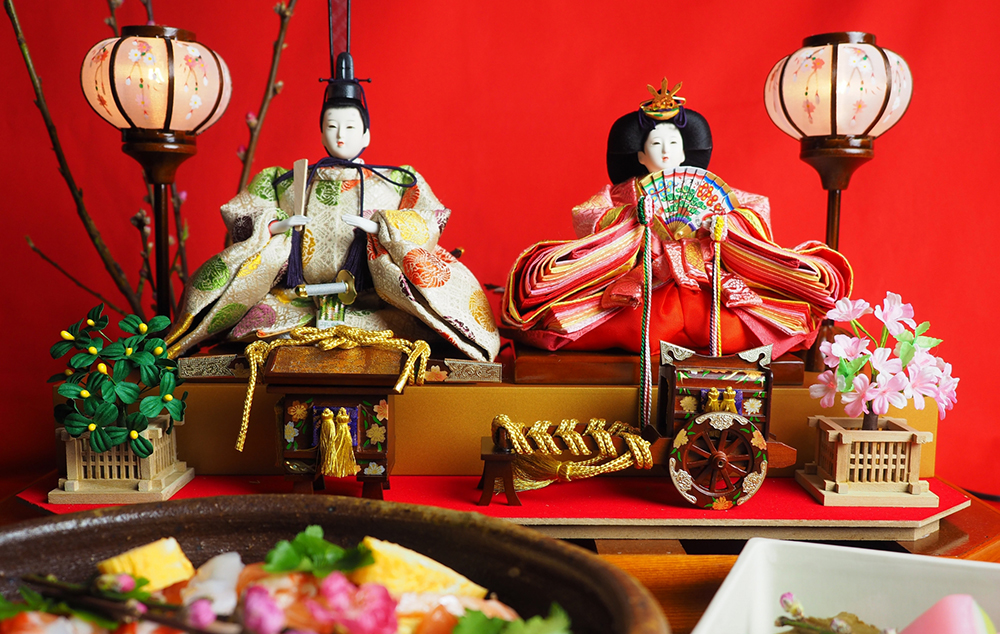 On the second shelf, there are the three female attendants. They are the ladies-in-waiting who take care of the aristocratic couple.

On the third shelf down, there are five musicians. Playing a number of instruments, they provide entertainment at banquets.

The hina-ningyo dolls are placed on a stand with seven levels like descending stairs. There are 15 dolls altogether, with the two on the highest level representing the imperial couple.

On lower levels are other members of the court known as tenjo-bito. The bottom level has 11 important household items that brides traditionally brought to their marriage.

On most displays, pieces of miniature furniture are placed alongside the dolls.

These hina accessories belong to the descendants of the Tokugawa shogun. Even though they’re tiny, they were made from the same materials as their real-life equivalents, using the same techniques.

This lacquered box decorated in the maki-e style contains a number of make-up tools. 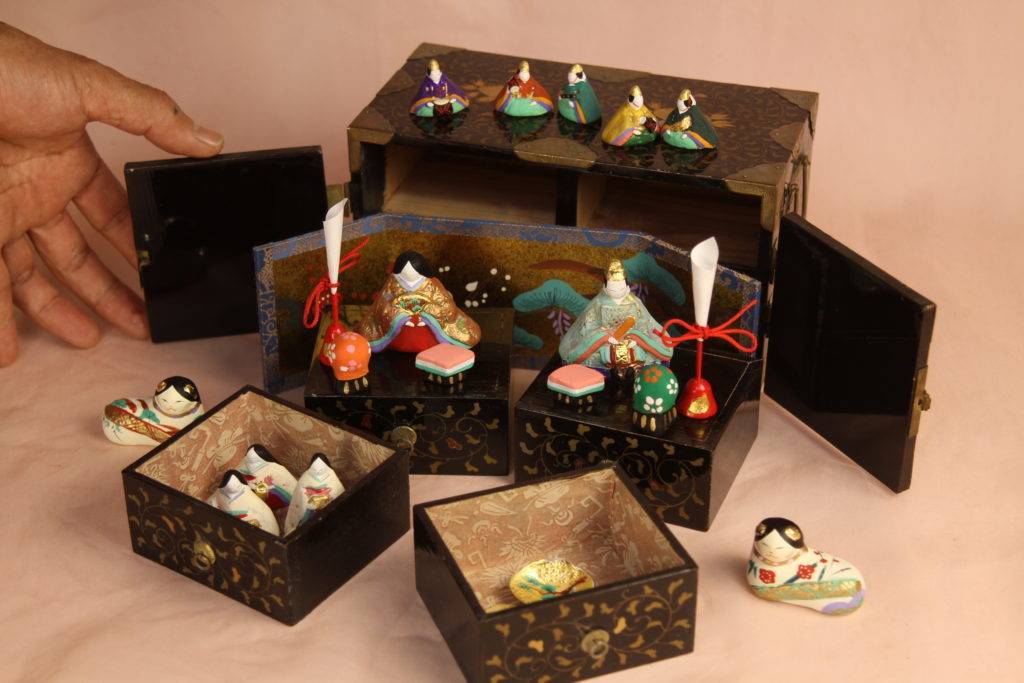 The origins of hina dolls date back 1,000 years, to the Heian period. Young girls in aristocratic households played with tiny dolls made of paper or cloth.

It’s thought that the celebration of the Doll Festival as we know it today began several centuries later, when the ancient custom of playing with hina dolls merged with a seasonal purification event of Chinese origin.

In the 19th century, the Doll Festival also caught on among ordinary townspeople. This is a makeshift hina-doll display using a chest of drawers.

Over time, the number of display shelves increased and the decorations became more and more extravagant. 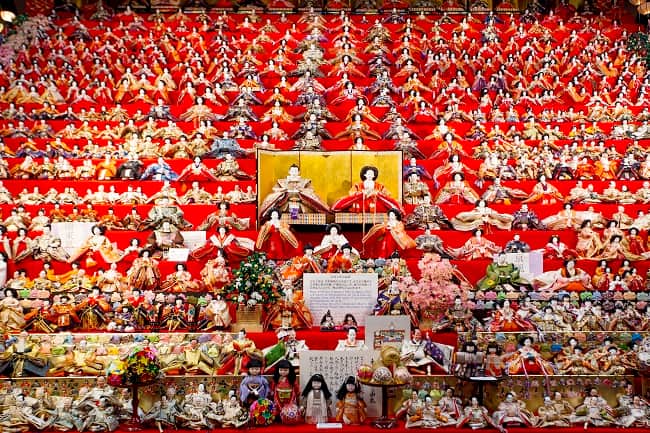 Japanese people of all ages including young children enjoy Hina-matsuri as a traditional seasonal event by singing Hina-matsuri songs and making origami-paper dolls.

Hina-ningyo are display-only dolls and are not designed to be used as toys. They are usually set up a few weeks before Hina-matsuri and returned to their boxes immediately after the festival. 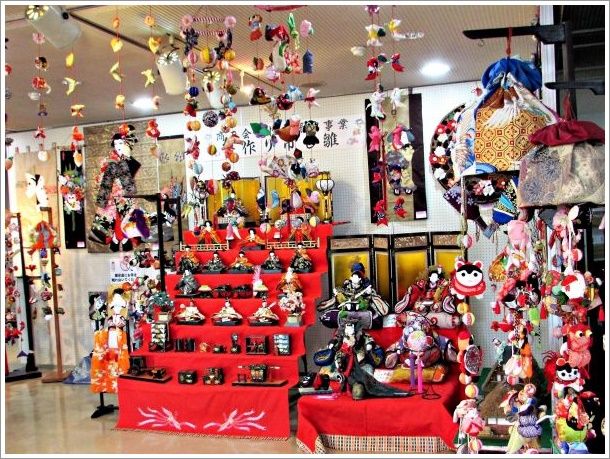 There is actually a superstition which says if the dolls are not put away quickly, the daughters of the family will not be able to or delayed to get married.

Although the stand for a full set of hina-ningyo is large (140cm wide and 170cm deep), modern sets can be smaller with fewer dolls and as few as two or three levels to be suitable for Japanese modern houses. 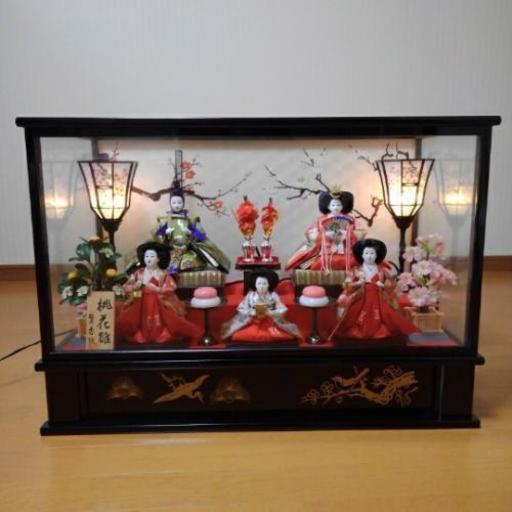 The pleasure shown by a young girl viewing hina ningyo (doll) brings joy to her whole family. Hina matsuri, the Doll Festival, is a traditional custom that strengthens bonds within each family.